Yesterday we lost our Snoopy. Well past age 14, he finally slowed to a stop. He collapsed in the front yard and passed away an hour later at the vets. No sickness really, just a slow down to a finish… 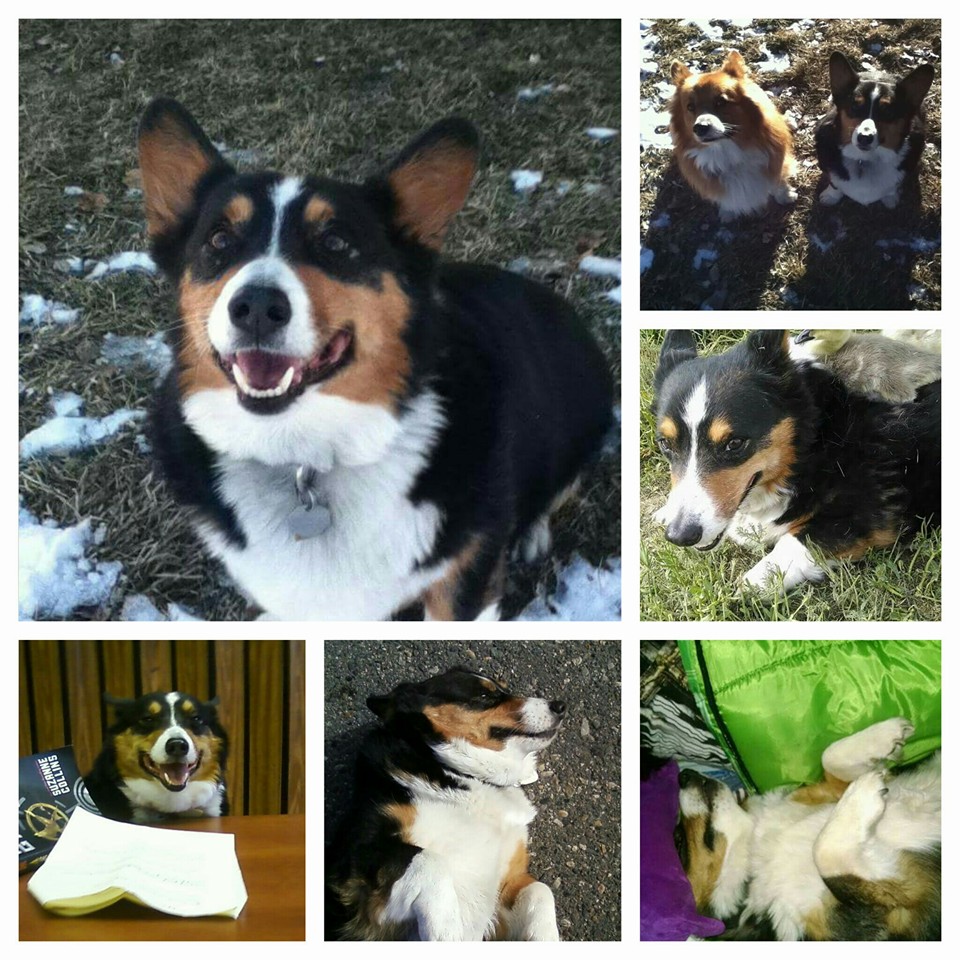 Yesterday we lost our Snoopy. Well past age 14, he finally slowed to a stop. He collapsed in the front yard and passed away an hour later at the vets. No sickness really, just a slow down to a finish. Looking back over the last few weeks I can see there were subtle signs of a failing heart or just an old dog timing out, but he left us. Last night & today I feel his presence: happy, youthful, bouncy & with understanding of how much we loved him. In this life, he was always never quite sure. Even after living here 8 years, being loved, pampered and well....totally spoiled, he never quite seemed to understand that this was forever.

In May of 2015 he traveled with us over 1500 miles to Texas to meet his grand daughter, Clementine. We brought home his great grandson, Tucker. Snoopy was officially 'Cadet's Snooping in the Dark' . Tucker is named likewise...he is Cadet's Tuck & Roll. The lineage comes from a dog named  Cadet's Sleeping Willie. Yeah...we're silly  that way. Snoopy tolerated Tuck's antics for the past year as he grew. Even at 14, Snoopy was a lover of all things 'girl' and loved his companion, a rescue corgi named Heidi, who bosses around every dog she meets. He barely tolerated the other two rescue corgis, Duke & Spudz, but Heidi was special. Tuck was just a huge pain in the rear that he put up with, at times less than graciously. Tucker adored him & always, always tried to get him to play even though it usually ended with Tuck upside down begging mercy. 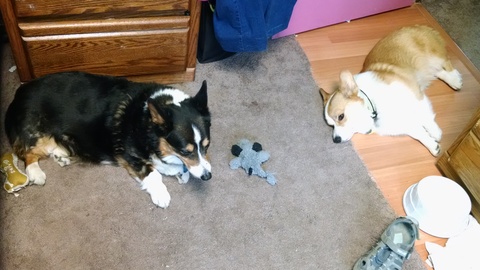 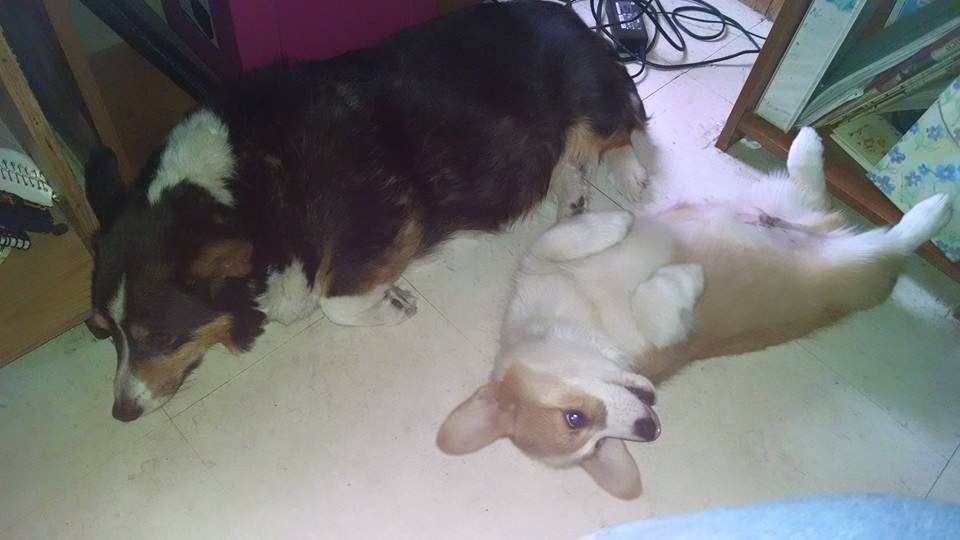 Shortly after Tucker came home last spring, we acquired a horse. Snoopy's favorite place in the world became the barn. The mare, oddly enough, loved him. He could wander under her feet, much to my dismay, and she'd patiently wait on him to move out of the way. There was always lots of good stuff to roll in or nibble on at the barn. He was the only corgi who knew how to get water from the automatic waterers. He patiently showed Tuck how to do it on Monday. We'd laughed then that he finally passed that along. Tuesday, he trained our new gelding in 'how to treat the dog who is eating out of your feeder' by nipping him on the nose. The poor gelding now thinks short dogs are demonic& gives them a wide berth. Snoopy traveled with me to watch my daughter at the barrel races & I became 'the lady with the corgi's.

The photos you posted are wonderful.  Hold onto the positive memories of the time you shared ....

So sorry for your loss! RIP, little Snoopy :(

What an incredible life this dog has had: doting humans, fellow corgis, puppy, even his own horse! And he lived to a ripe old doggy age. I'm sorry he passed...but glad one fine dog had people who gave him a great run for his money. <3

He most likely lived what for him was a long and happy life. No condolences will fill the hole in ones heart when a friend passes. Remember him fondly and keep him in your thoughts and in your heart. He is at the rainbow bridge and you will be reunited with him in the future.

I am so sorry!  Prayers of peace and comfort.  His life sounds wonderful and truthfully that's the best way to leave this earth with no huge sickness and going thru all kinds of treatment and the heartbreak of making a decision.

Comment by Alison Prasavath on July 9, 2016 at 5:09pm
I'm so sorry for your loss and how quickly it happened. Snoopy was loved/spoiled! What a handsome boy he was.

What a handsome boy.  It sounds like you gave him a wonderful life.  /hugs

Goodbye Snoopy, you were loved. So very sorry for your loss.

So sorry for your loss!  It sounds like you gave him a beautiful life.  Run free, Snoopy.