We've had a pretty big last few months (my sister passed away October 27th and his grandma passed away December 11th) so with the services and holidays and visits and family get-togethers, we didn't really get to decorate the house like we wanted to. We put up a tree and played Elf on the Shelf a bit, but that was the extent of it. Any who, it's Christmas Eve morning and my boyfriend says he has a surprise for me. We go outside and he says, "I know we didn't get a chance to decorate this year, but I wanted to do something special" and he plugged in this extension cord. Murphy's pergola lit up with icicle Christmas lights and the yoshino cherry trees in front had the regular blue LED lights. We went to look at it and I saw that he replaced Murphy's picture in his frame of one of him wearing his Santa costume. It was beautiful. We talked about how much we missed him and what a funny little guy he was, and I told him, "I love you." He said, "I was kinda hoping you would say that.." got down on one knee and asked me to be his wife. He opens the ring box and I see written inside: "Corgi & Co. The Murphy Collection" ...and there is the ring. 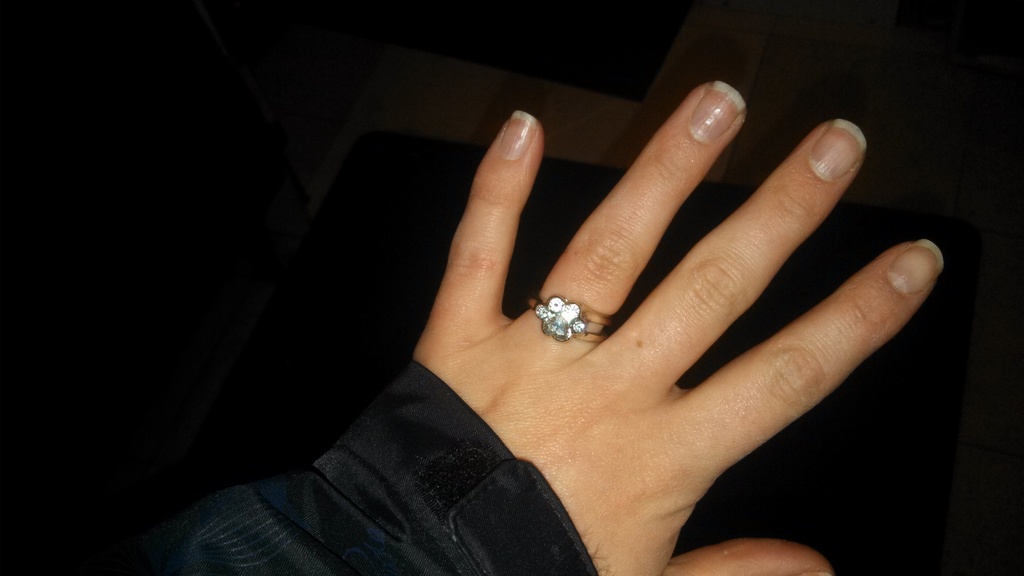 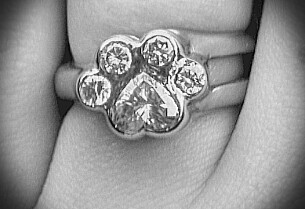 So to kind of back up the story, my fiance (eep! Exciting to say!) quit his job last February and we had enough money saved up to where he didn't have to go back to work for a while. Our bills aren't very much and I make a decent amount of money at my job to where even if we didn't have anything in savings, it would have been okay. Anyway, he was off until about October when he got a new job. He got a ton of projects around our property done and took a lot of time to relax and watch movies and play video games. Or that's what he told me when I was at work, at least. Instead of being lazy and playing video games all day while I was at work (which would have been okay.. he's worked so hard at every job he has ever had.. he deserved time to relax. And when we have kids, he's going to be the one working, so it's only fair), he taught himself how to make fine jewelry. He bought the tools, equipment, other jewelry to melt down and separate to get the white gold out of, learned how to tell flaws in diamonds and he bought each diamond separately and made sure the clarity was virtually the same. He carved a mold out of the wax material you make jewelry molds out of, and was at the final step... pouring the white gold into the mold. The machine to do it is THOUSANDS of dollars, and if the temperature is off even just a few degrees, it would ruin everything and he'd have to start from scratch. So he took his mold and his melted white gold to Warren Jewelers and convinced them to do the last step for him. The woman who does the molds said that in the 20 years she has been making molds, she hadn't seen a more perfectly constructed mold than the ones that she herself has made, and was thoroughly impressed that he didn't do it for a living. It took about a week to get through their previous orders and then work on his, and when he got the call that it was done, a huge weight and worry was off of his shoulders when they said, "It worked flawlessly." He picked up the ring, brought it home, set the diamonds, and waited until Christmas Eve morning.

Since then we bought a motor home and an excavator. Now he can clean up the property more efficiently and use it to build a shop to have our reception in, and our motor home will house us for our 3-week-road trip HONEYMOON with the three dogs! :-) I'm very excited! Oh, and we're getting married at the pergola in the back yard, where he proposed, and so Murphy can be with us in our most special moment yet.

Congratulations on your engagement, how very exciting and how sentimental!!  So sorry for the loss of your sister and your fiances grandmother, may they watch over you and protect you both.  (Yes, I believe in guardian angels, I have a few as well.)  Again, congrats and lots of happiness for you both.  Love the ring!!!!

Wonderful story and your ring is beautiful!  Many blessings for both of you.

Lovely story and lovely ring and most of all lovely relationship.  May life continue to smile on all of you this way.

Everything about this story was absolutely beautiful!  I LOVE your ring!

Congratulations and lots of hapPAWness in your future!!