Home found and he's doing awesome in it! Thank you for all your help! :D

I don't have all the details yet, and I've only met the dog a few times myself.

However, he's coming here tomorrow morning to foster with me and I'll evaluate him and get a better picture of what he's like...

Edit - okay, this is a NICE dog. A really, really nice dog. If I didn't have four of my own I'd take this guy, but he really deserves a home where he can be an only child. I think he'd be happiest that way. Heck, my own two rescues came with more issues than this guy.

Four year old neutered male Pembroke, red and white. No papers (however, yes, he is purebred. Came from a puppy-sales store that is no longer operating in my area.) In good health, though, up to date on all shots, etc. First home gave him to another owner, and he is just not working out with her situation - she has no fence and has a grandchild on the way.

Is a real cuddler, wants attention. I handled him and fitted him for a harness, and he rolled right over and wanted a tummy rub. Clipping his nails, he licked my fingers, aw.

He is good with cats. (At least is really nice to mine and knows what cats are. My cats rubbed on him, walked around him, and trotted by him and he never broke to chase and politely sniffed and let them be.) Walks nice on a leash, quiet, has been crate-trained at one point, and sat in one politely when we went out to eat. Cried a little bit, barked a little bit, but when we came back he was quiet and asleep.

Is a little dog-crabby when dogs get in his face, and yes, he's dominant, but does not seem to be dog aggressive. If they leave him alone, he leaves them alone. Was out with all four of mine playing a few hours after he got here and there was a little squabble, but nothing serious, just typical push and shove as they sorted out the order. Doesn't like dogs coming up to him when he's on his leash, though, and will lunge and growl. (At home, I gave him one immediate correction, and he hasn't even tried to be cranky since. He's not a dominant people dog at all, really wants to please and be right with you.)

The previous owner says he's not fond of children, but he was with me today at work and he seems to be okay with older kids, so far. I don't think he'd be great around really young kids.

Knows basic commands, come, (he'd like to ignore this one, though) sit, down, stay... I think he knows shake, but I'm not entirely sure. Okay with handling his feet and his teeth, rides politely in the car, sitting on his seat and not jumping around the car - (and loves car rides!) Is a gentleman taking food and snacks - he's NICE with treats.

Bad points - hahah, that lousy "come" word. He is a bolter, and you'd need a fenced yard, or have him on leash all the time. I have a feeling Supposedly has marked in the house, but man, you'd think he'd pee here and he hasn't, not once. Is dominant.

Also, very licky and does jump up.

This is an awfully nice dog. I think he's something pretty special, here. He'd really love to live with someone with only one dog so he can have all the attention and car rides for himself.... :) 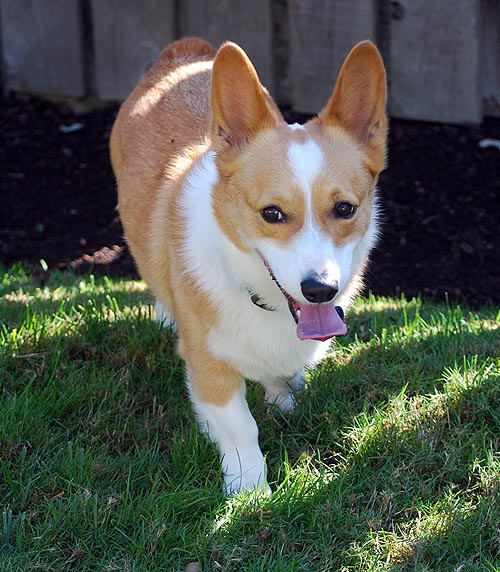 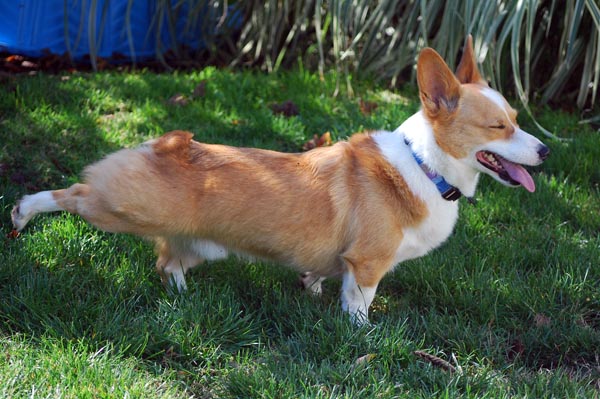 He's such a great dog, he's really happy and sassy in his new home, and they adore him and think he walks on water, and he knows he does. He's totally stopped all of his somewhat naughty behaviors, too, which is a happy ending all around. :D

Comment by Katie on December 10, 2009 at 11:45pm
Hi Shepdog, your foster pem is adorable. Have you managed to find him a forever home yet?

Comment by Kristen on October 3, 2009 at 8:42pm
Awesome work! I have such respect for rescue Corgi foster parents. I failed foster parenting 101. That is the reason we are up to six Corgis! Good luck finding a home for this little guy. It sounds like he will be a good companion for some lucky person. Sounds like a good single dog family match!

Comment by Deanna on October 3, 2009 at 12:43pm
Also, here's a link to a more comprehensive nationwide list:

Thank you for helping this little boy find a furever home! Krista, if you need help, here's a list of PWC rescues nationwide.

Comment by Krista Meyer on October 2, 2009 at 10:07pm
Well while he does seem to have specific needs he seems like a good companion. I hope all works out while you foster him an eventually find him a good family. Bless you for being such a friend to the Corgi breed :)