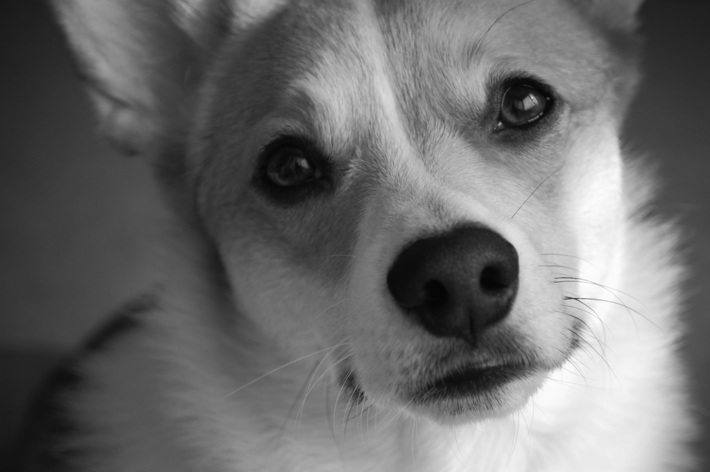 Do dogs get colds? Is it allergies? Something worse?

Too soon to go grain free?

About Me:
I've been a corgi lover since I was a kid and finally became an owner of one handsome little boy August of '08. I work at a graphic design studio by day and run an online store called K A Designs, by night.

About My Corgi(s):
Gibson was born 7-1-08 and came home with me on 8-23-08! He's the sweetest little guy ever and is obsessed with food and loves to chew his antler all day long!

I canceled the Illinois Corgi Picnic due to the weather.

I wanted to make sure you knew so you did not drive to Freeport on Sunday.

I wrote the statement below and added it to the event's discussion....

Yes, we need to cancel the picnic. :(

The shelter manager wrote me yesterday and again today and stated that it is supposed to rain all weekend and that she just assumed that we would not be having the picnic this weekend. So I wrote and told her that we will cancel.

The weather now says.... Occasional showers and possibly a thunderstorm before 1pm, then a chance of showers. Temperature rising to near 64 by 10am, then falling to around 56 during the remainder of the day. South wind 10 to 15 mph becoming west in the afternoon. Winds could gust as high as 20 mph. Chance of precipitation is 80%. New rainfall amounts between a quarter and half of an inch possible.

So it will be windy as well as wet.

I like Stephanie's idea of sending a donation to Friend's Forever Shelter. I was thinking of doing that myself last night. Then the dog food, treats, and the paper towels I have purchased will go to my local shelter next week.

Sorry, guys. Mother nature did not cooperate this year.

So I totally just saw you furbaby on Pinterest....apparently your dog is advertising for some website. Just thought you might want to know. It's a great picture of him:)

LA Stewart said…
Will you come if we meet at Freeport September 11th?
Mia, Herky, and Kim started a new discussion wanting to know who will go to Freeport.
I am in!
ALL WHO CAN ATTEND FREEPORT CORGI PICNIC MEETUP?!?! - MyCorgi.com

Jill Usher said…
Kelly, can I say you've got a great schedule going and I agree with you completely. It's so important to get your dogs on a schedule. Even a weekend schedule, which our dogs have now learned that as well! :)

Also, when were you in NYC? We live about 2.5 hours from NYC and love to go into the city for shows or just to walk around. B4 the dogs, we'd go a lot but with them, it's harder to. We found a great, great kennel about 30 mins from our house that took great lengths to be stress-free for dogs. They love it there.

Anywa, love the picture of Gibby with his NY Yankees cap on. LOL!

Jake was born June 5th, 2008, so they are about the same age. Jake is recovering now from his ACL surgery on Apr 27th.

Jill Usher said…
Hi, Kelly, thanks for the comment on Jake's photo. Gibson is ADORABLE and Jakey looks a lot like him. Your photos are beautiful!

Wish Jakey had some other local Corgi friends. :(

Carleenp said…
Looking forward to the corgi meet up!!!!