Nothing is so terrifying

Nothing is so terrifying as coming home from your spouse/your 30th birthday party to find your house robbed and your corgi missing.  (Also finding a man unconscious in the snow just up the block).  Luckily I had Saber microchipped and some Good Samaritan found her and took her to the vet.  From the sounds of it, likely she heard them kicking the door down. She probably then popped open the guest room door (I'm so glad she knows how to open doors) and hid under the bed. They left the patio…

Going to be Streaming Working on Cardigan Bookmarks

http://livestre.am/3XHS8  My first livestream.  Sorry if you hear corgi crazyness in the background or Ponies.  I'm not versed in this.

Done streaming for now.  I did record what I did in case you are curious what you missed.

I will be periodically streaming there. So feel free to check by every once in a while.

Has anyone heard of this loveable tripod?

May I never get a serious injury...

...because Saber is obsessed with removing any sort of bandage from me. Any one else have that problem?

In other news, Saber seems to really have fetch reliably down, knows sit, lay down, ding the service desk bell to go outside, and stand up and touch my hand. I went to a convention for a weekend and left her in the care of my mother.  Her new thing is to climb into my lap anytime I sit on the ground.  I think that she thinks that I can't leave if she's in my lap.  It's kind…

So Saber didn't use to beg.  You could eat food in the same room and she wouldn't care.  Then came Easter...and Uncle Frank.  Uncle Frank has a cattle dog that he lets eat whatever he wants.  As he puts it, he could put a bowl of kibble and a bowl of human food next to each other and the dog will never go for the kibble. So why give it just kibble. *SIGH*  Either way, we knew about his habits and told him not to give our dog table scraps.  We weren't with both of them 100% of the time and I… 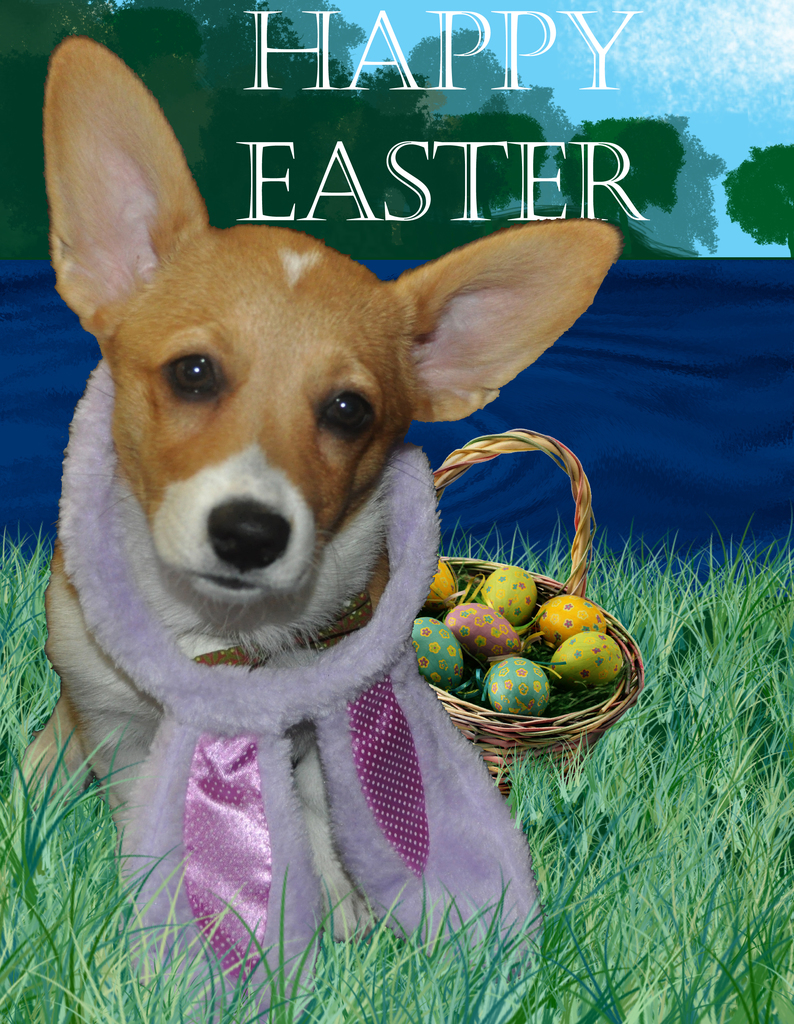 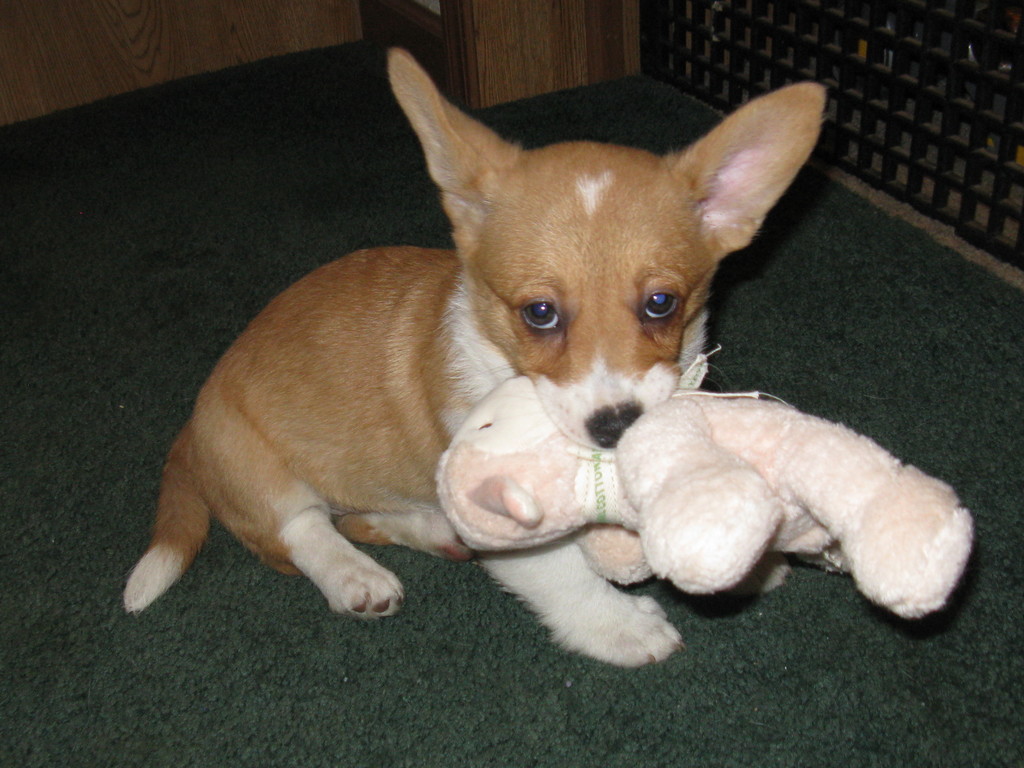 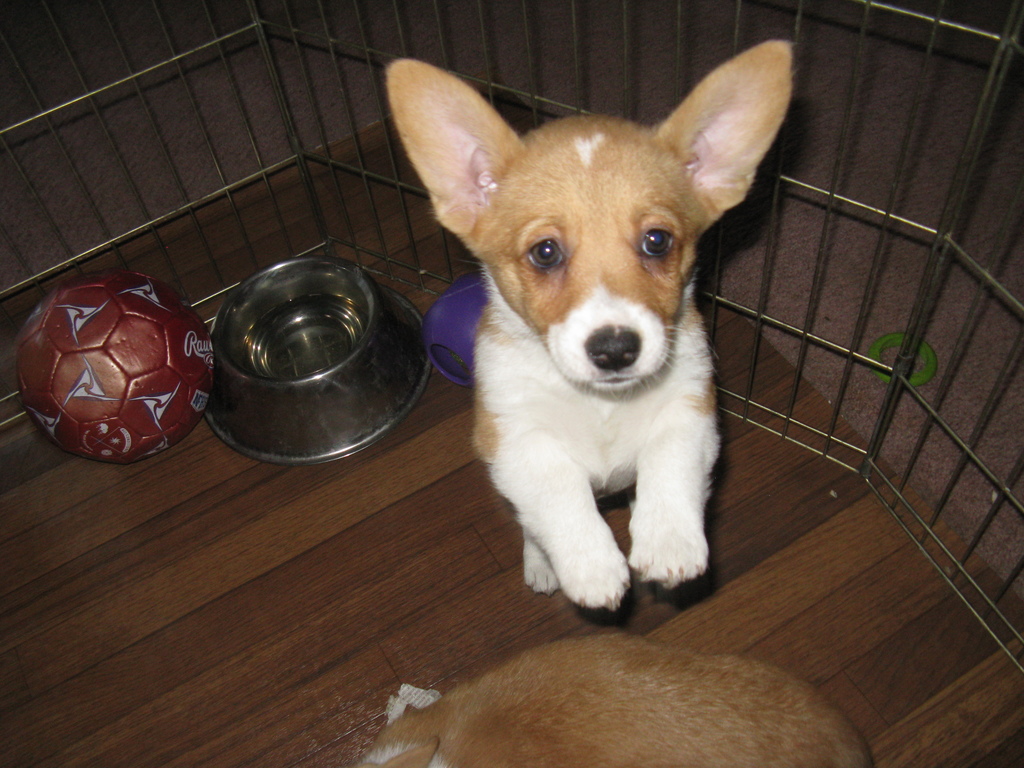 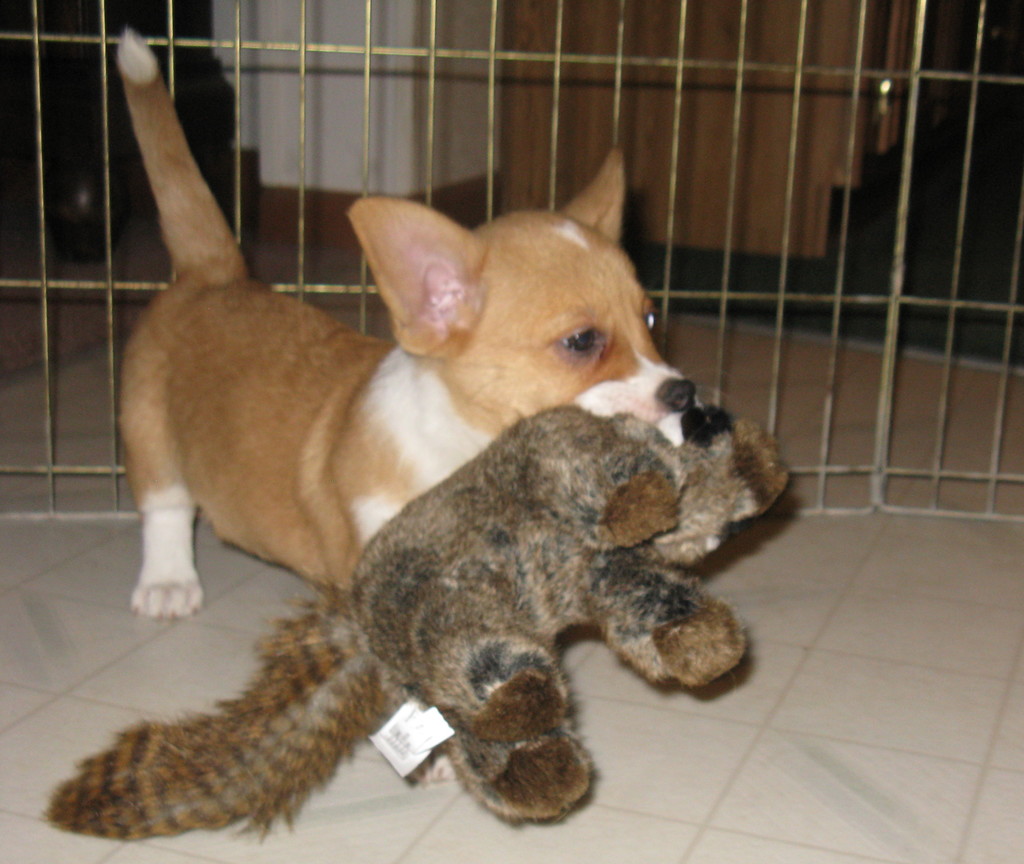 Not sure If squee... 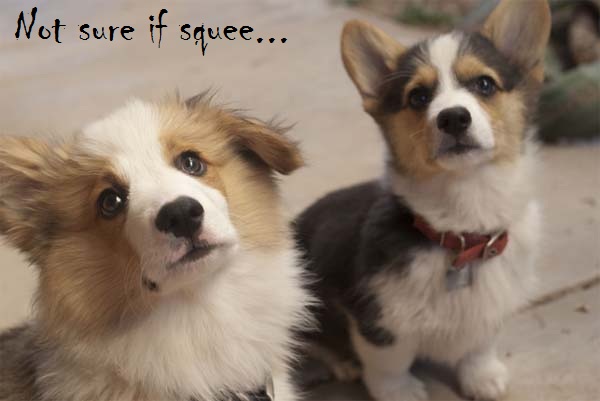 So I was driving home from the grocery store today. On the way home is a dog park. As I was sitting at the light there is this small brown and white dog walking with a bigger dog towards the fence. I am sitting there thinking bulldog? It was rather portly and at that distance it looked like it had the awkward bulldog walk. The light is long and just as I am…

I'm just going to post them from twelve down, just because I'm lazy.

On the twelfth  day of Corgsmas, my true love gave to me 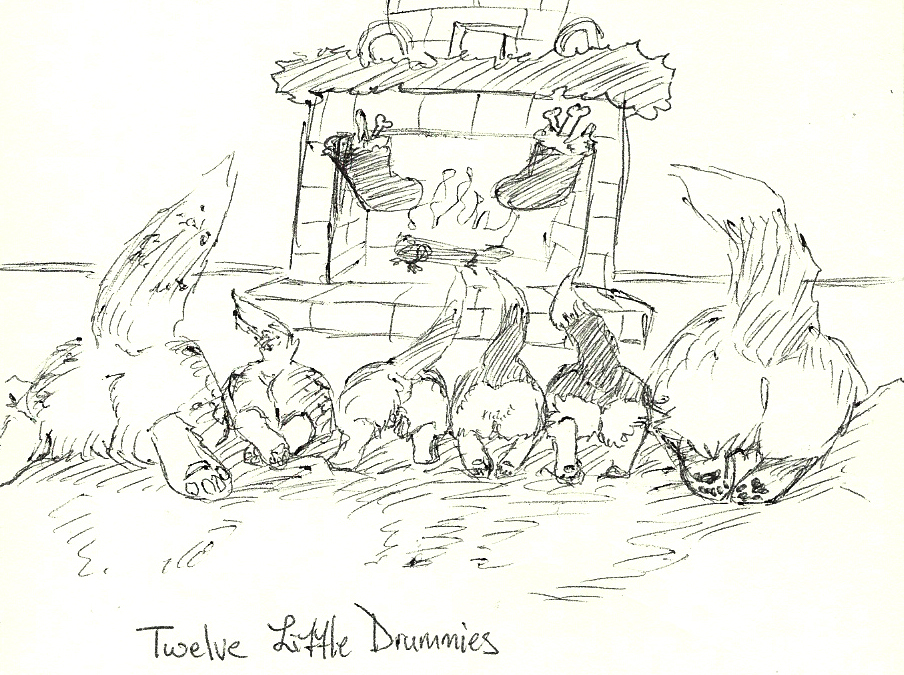 Something fun I spotted on Deviantart I though I should share.

I did not make it, but I thought someone making a war corgi cosplay for Halloween would be deemed epic by fellow corgi… 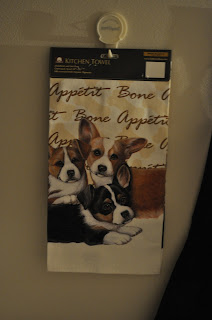 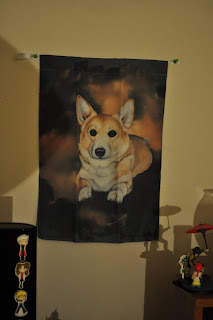 ***Reblogged from my blog MyDogIsFunSized.blogspot.com ***

So I picked up a new book today called "How Dogs Think" by Stanley Coren.


I will admit that I was lured by the fact that it has a corgi on the cover. However, I had somewhat recently finished reading a book called "The Wolf in the…

Need some help with a little stinker

Dog pictured is very similar, but not the same as my mother's dog, Buddy. 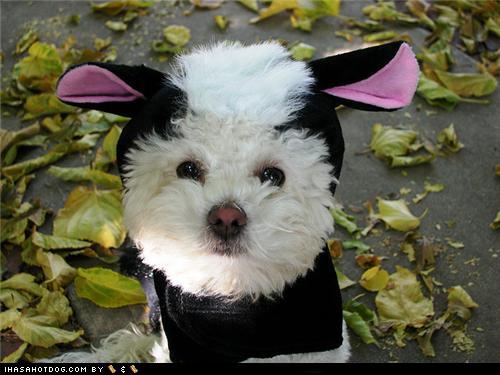 So my mother owns this little Bichon that she adopted a year ago from the humane society who was a special needs dog.  At the time he was 5 years old and afraid of everything.  She had to sit on the ground near him (he was opposite corner from her) with her arm on the ground, limp towards…

What's been going on ILLUSTRATED

So things have been a bit...problematic here.  So as my own form of therapy, I essentially wrote it down as a mini storybook style. 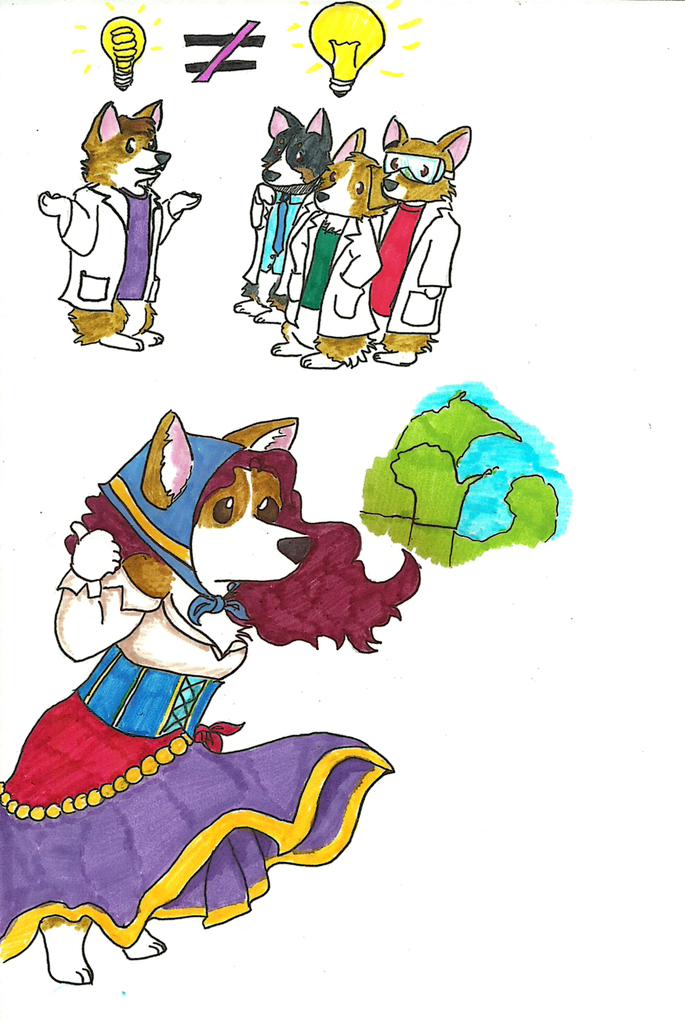 So what happened is that my hubby The one pictured on the left, got a job out in Baltimore, Maryland.  So we packed up and…

An interesting view of our favorite breed 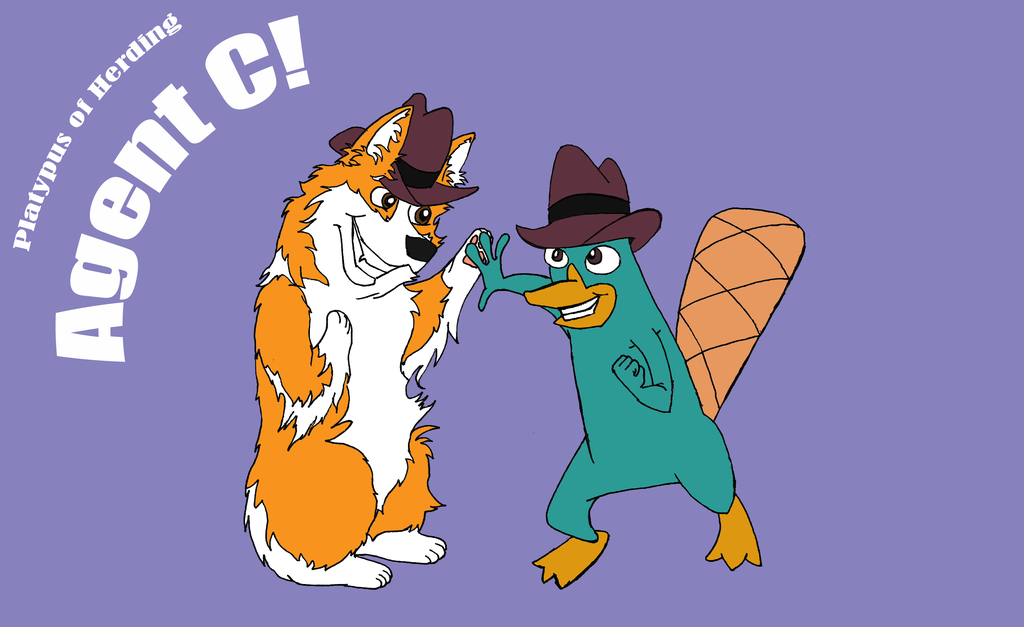 This originally was posted  here:… 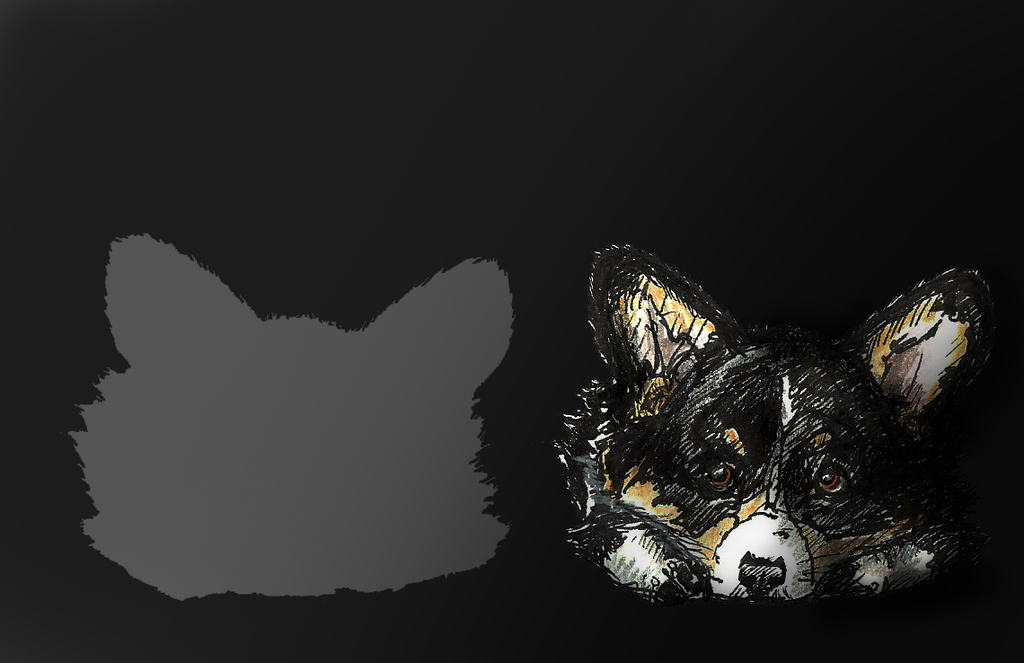 So my hubby got a job at John Hopkins University.  We're currently out in Woodbury, MN.  We need to find housing as close to the university (address: 615 N Wolfe St, Baltimore, MD 21205 ) as possible that allows dogs.  We are trying to find housing for $1000 or less a month.  We've seen a few places that match that description, but most have bad reviews. In… So, as of approximately 9 am this morning, I found out that I will be moving to Baltimore, Maryland. My hubby just got a job offer.  We will be heading out there some time next month to find a place to rent, and then moving in some time after that.

So, does anyone know where to find corgi breeders out there? Or decent priced dog friendly rental…

So I was on Save-a-Dog today because my virtual foster corgi from California was adopted.  I was searching for a new corgi to virtually foster (Brady and I are still unemployed and our lives are still unstable so I cannot unfortunately foster in real life) and this loving face popped up. http://apps.facebook.com/save-a-dog/facebook/fosters/show/8415432

Current Progress on my Wallpaper

This is what I have so far.  I still have to shade and highlight the costumes and dogs.  The fonts are tentative as well, but I think I have the names picked out. Thanks for the suggestions guys!

Tell me what you think?