Edward had been limping on his left hind leg slightly after frapping one night with Gem out in our yard about 3weeks ago. He wasn't complaining about it but couldn't jump up on our bed anymore and had a toe point whenever he was at standstill eating. Thinking it would get better we were just taking it extremely easy with him, not walking as much etc. He still was chasing squirrels, birds and Gem etc. In fact hard to believe anything was wrong. Well, I took him in last Monday and after x-rays…

FIREWORKS MAKE MY CORGI FREAK OUT!!

Anyone have any good suggestions for making the Holiday a little more tolerant for Gemima? She is scared to death of all the noise... so far she has a hidey hole she finds in our basement and stays there for pretty much the entire time. Is she doomed to a life of hiding out or can she join the party? She is also afraid of Thunder!!… 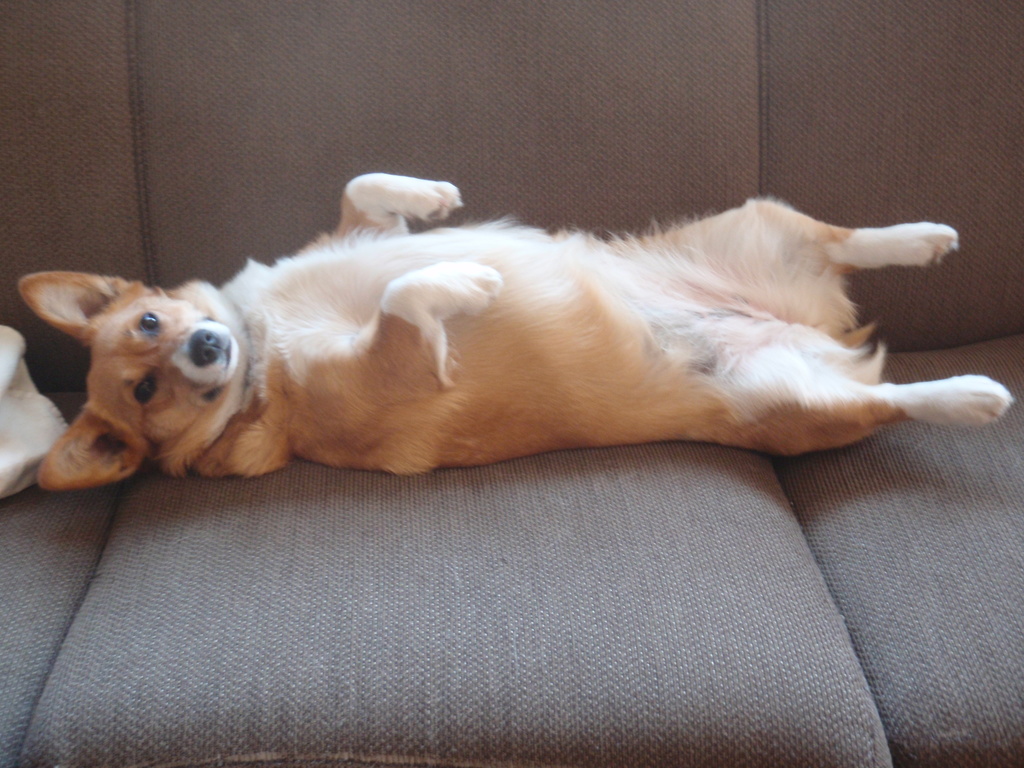 Gem is 2 years old today!!! We have beautiful weather here (finally) to celebrate so that will help. Last year we had a doggie play party in the backyard, but with all the flooding here in Southern Minnnesota we decided to forgo romping in a flooded backyard Yuk! Probably will just get some extra goodies and maybe some cookies(ginger snaps are her favorite)Already took both Gem and Ed on a very nice Fall walk this AM so they are both tuckered out right now!! Happy Birthday to all the October… Continue 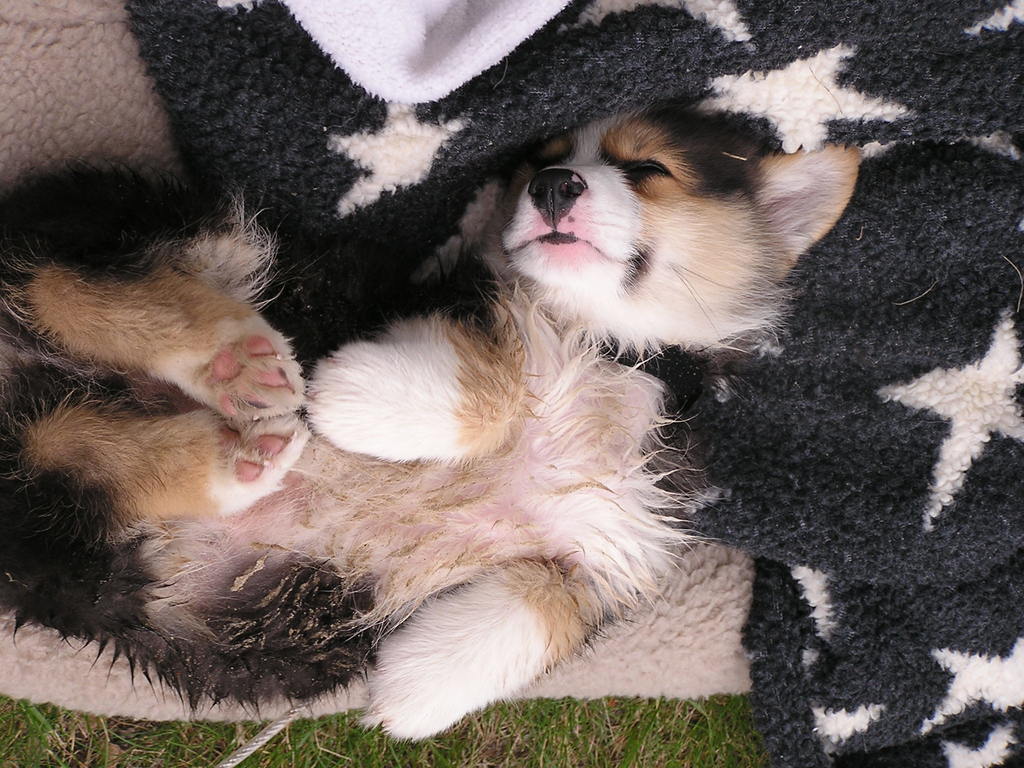 MORE BIRTHDAY BOY EDWARD~ ABOUT HIS 2ND DAY WITH US AND ONLY 5 LBS!!!! 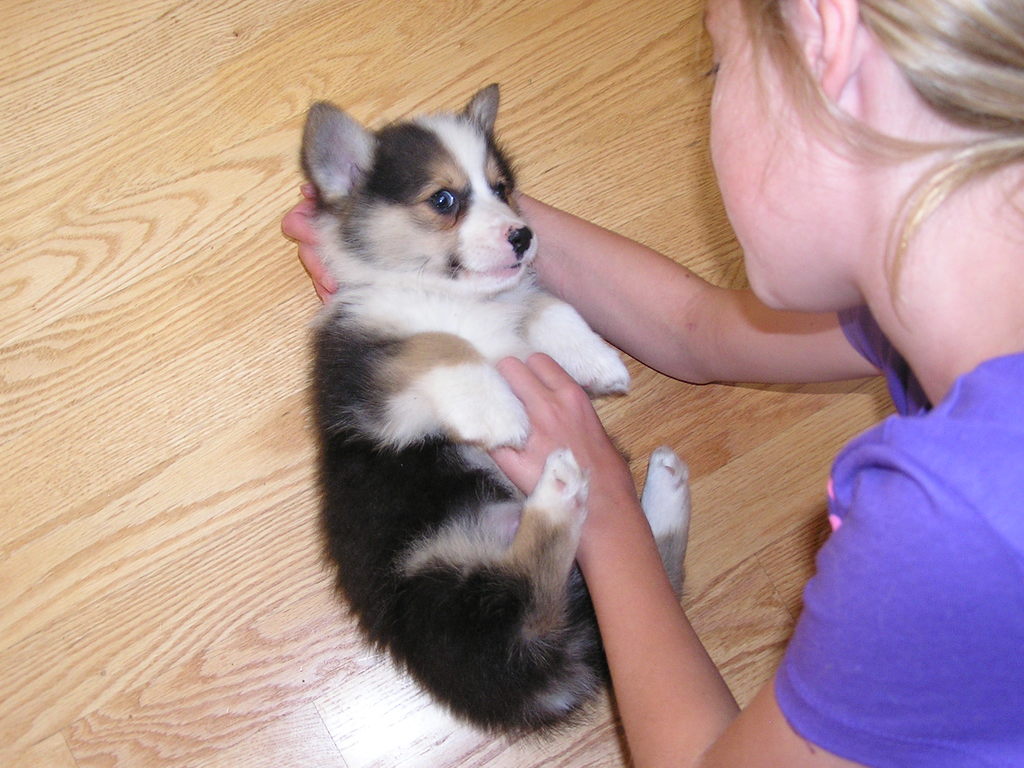 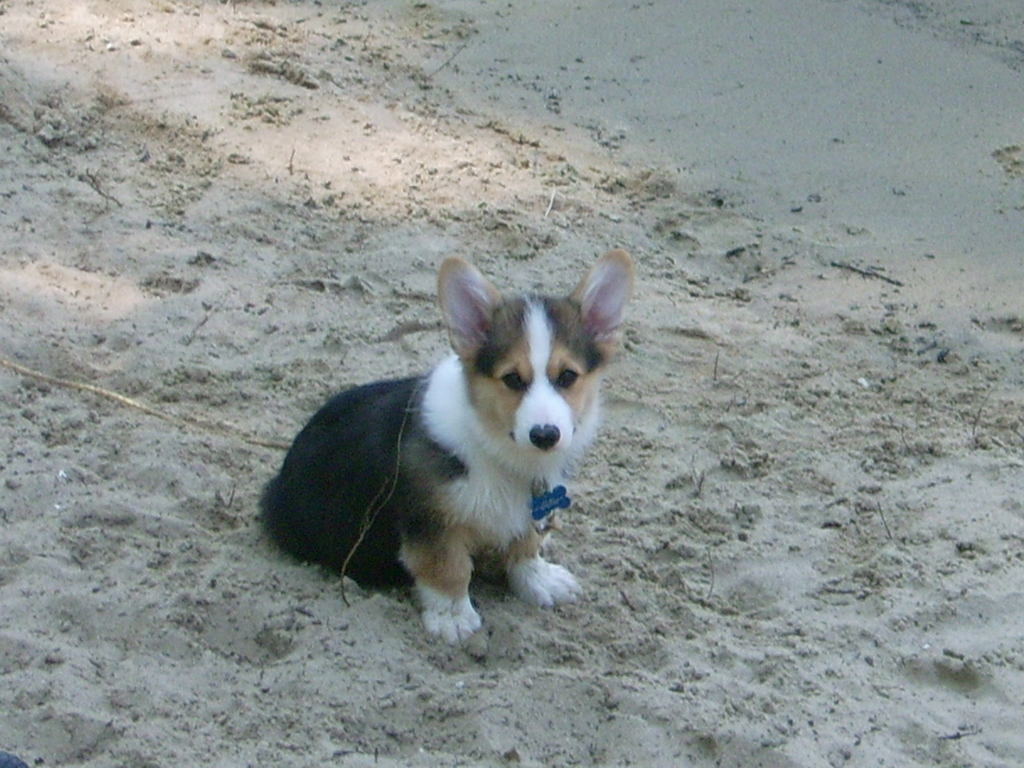 WE took the Corgis to an Easter egg biscuit hunt yesterday and met a new Corgi friend and his people...Nancy Parker and Scooter!! I hope you will all welcome them to mycorgi.com. I hope you got some goodies in your Easter basket this morning!!!

May you always walk in sunshine, may you never want for more, may Irish angels rest their wings right beside your door!!!

MADE MUST LIST IN ENTERTAINMENT WEEKLY MAGAZINE: HACHI: A DOG'S TALE ON DVD

Know not Corgi related but sounds like a good one! http://www.amazon.com/gp/mpd/permalink/m2D9JVWB2I4GGJ 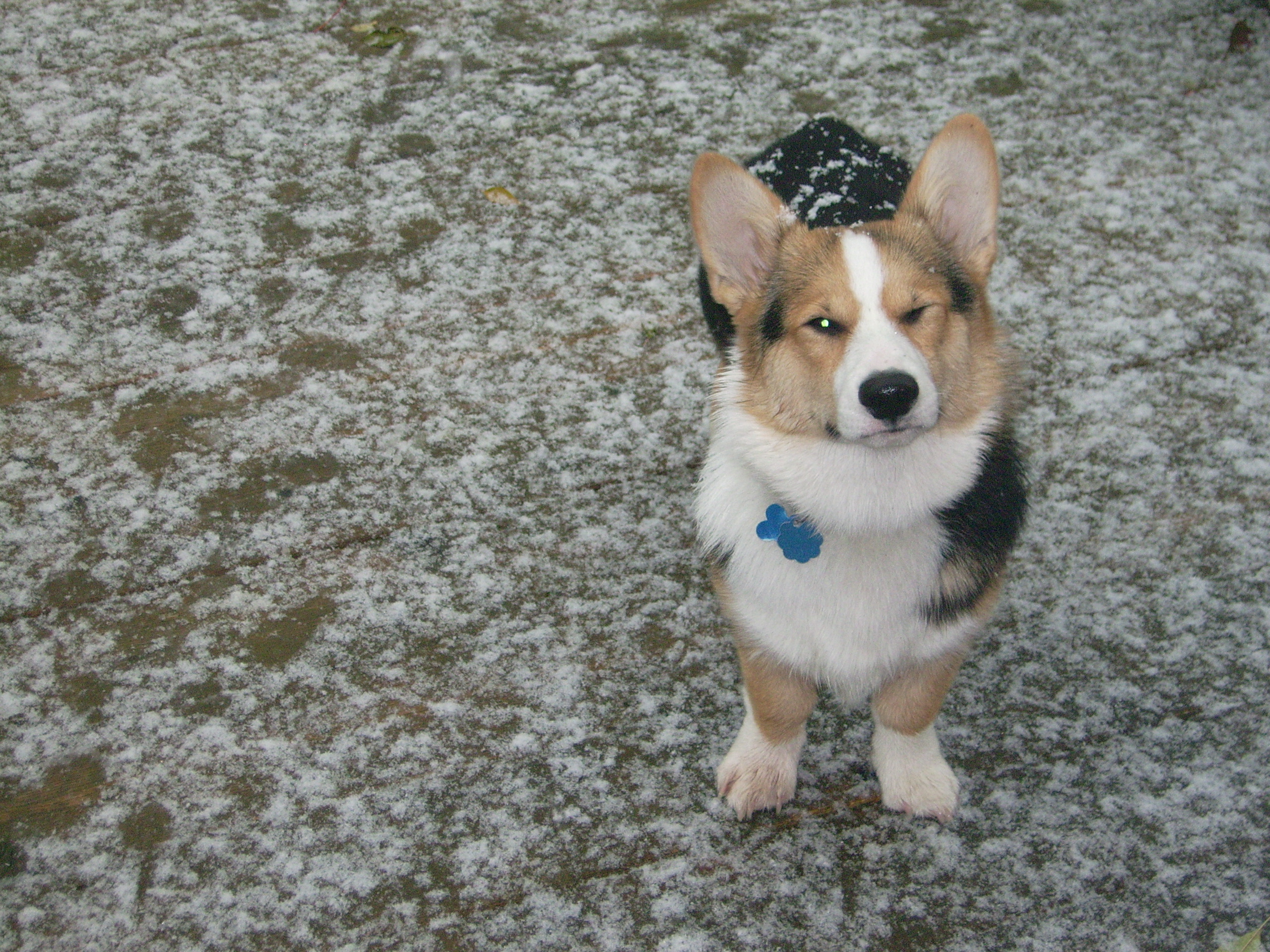 Excitement here in our household as Edward is now a local celebrity since appearing in our weekend edition of the paper. I sent this picture in way back in October as they were asking for photos of the first snowfall of the season here in Mn(yes that was in October!) This is Edward's first experience with snow EVER since he is a May day baby of 2009! As you can see from the picture he was really enjoying it and didn't want to come in when I opened up… Continue 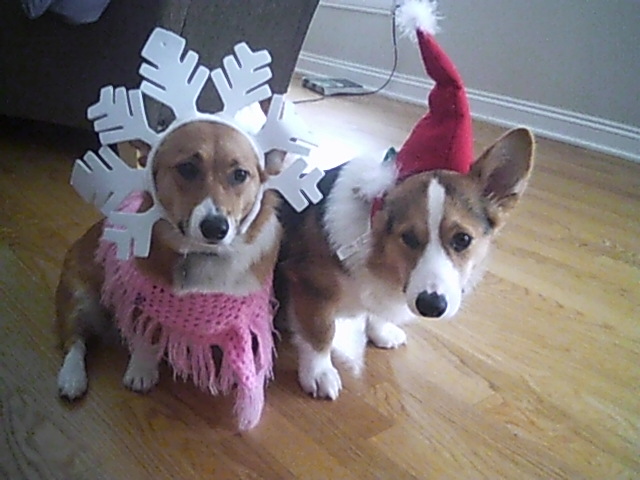 We are in the coldest weather time here in Mn and the last few days have been bad.... in the negatives in the morning and only barely above the zero mark all day long. Edward and Gem seem not too mind except that I haven't been out for their walks with them and they run out to potty and stay out max5min before they start holding up their little paws and then I have to call them to come in. Ed would stay out longer but Gem is usually done and at the… Continue

We are all safe and sound here but I wanted to share a horrible story that was front page news on our local paper here recently. It involved a local farm family and their 2 St. Bernards one 3yrs and one 17 mos...They had let the dogs out and one did not come back! After searching for her one of their daughters came upon her lifeless in one of the nearby fields...she had their younger dog with her at the time and was making the dreaded cell phone call to let her parents in on the horrible news… Continue

Well... I hope Santa has Rudolph healthy and ready for a rocky ride here delivering presents in Southern Minnesota cuz we are supposed to get hit with a major winter storm that involves freezing rain and who knows how much snow?? It is supposed to start tomorrow, intensify on Christmas Eve and day!!!!(I won't go anywhere in freezing rain) We had travel plans that are still up in the air at this point for Christmas Eve but I am secretly hoping to stay… Continue

Can dogs get conjunctivitis like humans???? Gem has had some discharge from her eyes this last week and now Ed has a pink eye??? What the heck?????Need some Corgi/dog advice from all of you..........

Hi Corgi friends, wanted to let you all know that Edward and Gemima are on Thedailycorgi website as their corgis of the day!!!! I am so proud of them and love them both so much!! Have a great hump day!!! Thanks for nailing their personalities Laurie!!! 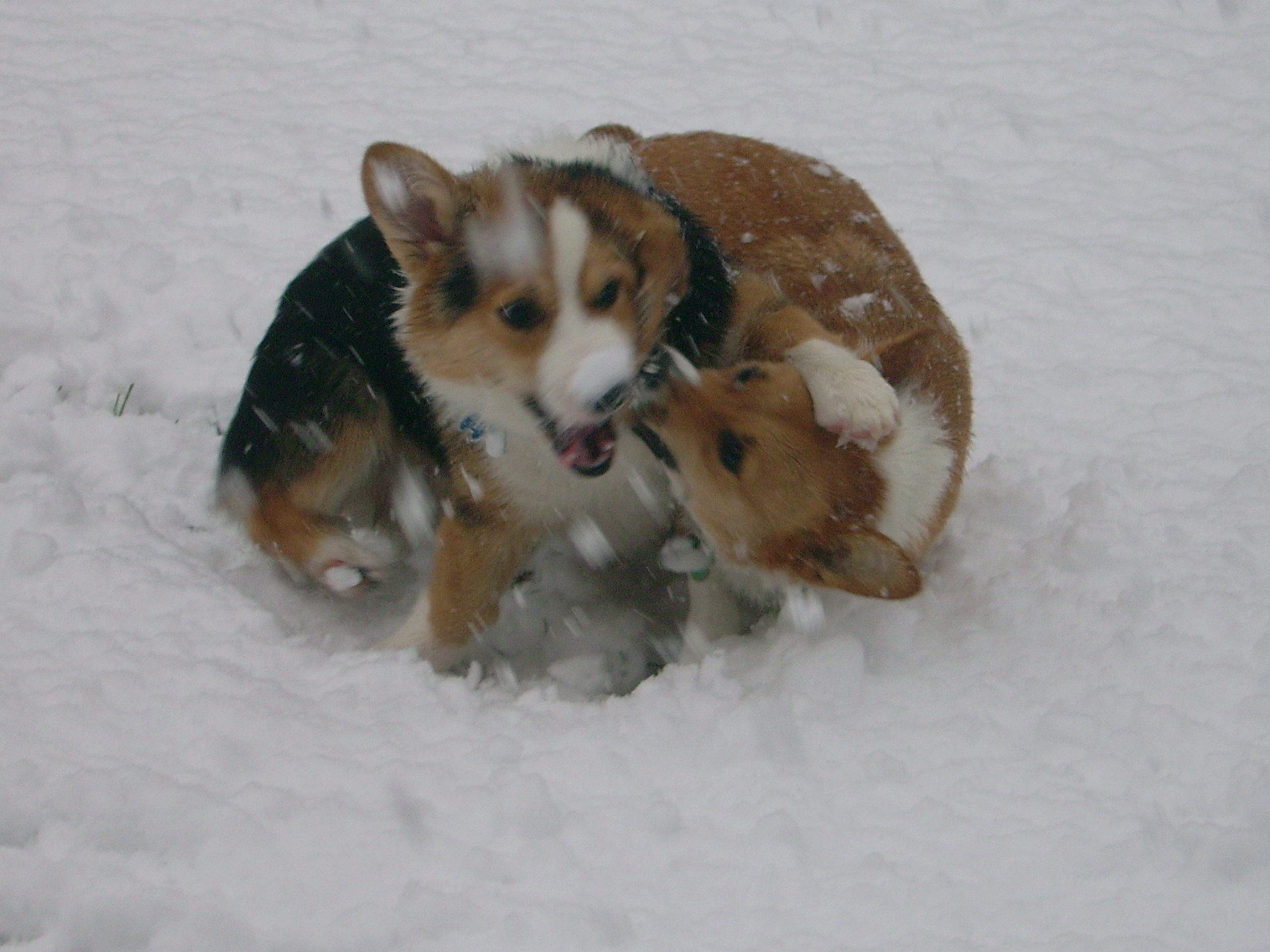