After reading John Wolff's blog about Al and Gwynnie's new tails I decided I should share my own experience with the Gypsies. This is a cautionary tale so do pay attention. Shame has kept me from sharing the story sooner. I now wish I had as I might have prevented sweet John from making the same mistake we did.

On September 15, 2009, Finnigan celebrated his first birthday. We told him we would buy him anything he desired but we could only afford one gift so he better choose what his heart desired most. He contemplated this for only a few minutes before saying, "Mom, Dad, what I want more than anything is to have my blue eye be on the opposite side of my face." At first we snickered but he went on to explain that the other dogs and people were intimidated by his blue eye because it looked so cold and piercing against black fur on the right side of his face. He longed to be accepted and loved and it hurt him to see people overt their eyes or tense up if his blue eye caught theirs.

It seemed an impossible gift but as any good parents would, we set out to find a way to make our little boy happy. After two days my husband stumbled across a young woman selling roses on the street corner. Out of pitty he stopped to buy a flower and as he paid the woman she looked at him thoughtfully and said "You stopped for a rose but this is not what you seek. What you desire is not unattainable. Let me take you to my grandmother for she is a wise woman."

He went with the girl to a camper parked under a freeway ramp. The girl led him in and sat him down in front of her grandmother then left. After talking with the old woman, his spirits were lifted as he had finally found a way to give Finnigan his birthday wish. He went right home as the woman instructed, gathered up myself and Finnigan as well as a roll of bills to pay the Gyspy woman.

We returned to the old woman's camper and as promised, she switched the coloring of Finn's eye. He was so pleased! We paid the Gypsy woman and everyone was happy. 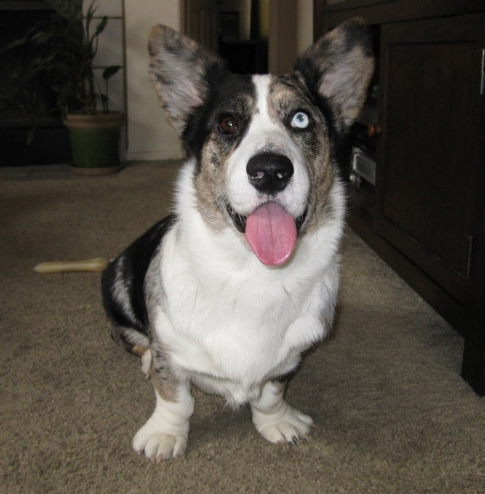 Six months later, Finnigan woke up and when he opened his eyes he gave out a yelp and we ran in to see what was wrong. The problem was obvious and I screamed while my husband clung to the door knob to keep from falling. Finnigan was in a panic because his vision was so distorted. I scooped him up and we raced back to the Gypsy woman's campsite. Luckily, she was still there. We went in and showed her what had happened and she feigned shock and compassion but we could see the villainy in her eyes. 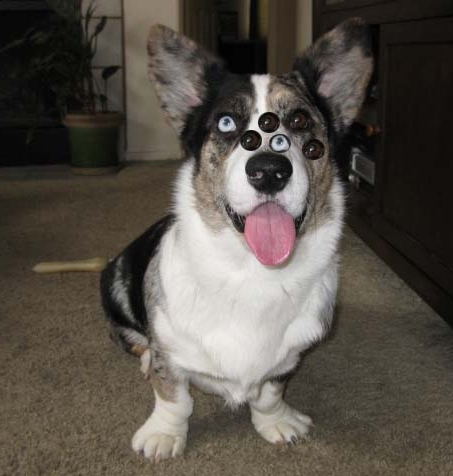 She told us she could fix him but it would come at a price. What she asked for was so unthinkable I cannot speak of it, but unwilling to let our little boy suffer we agreed to give the Gypsy what she asked. True to her word she returned Finnigan back to normal, the way he was before we ever met the Gypsies. Now we do our best to block out the memory but the though of what we had to give the Gypsy in payment will haunt us forever.

Well, maybe not all Gypsies are bad but there's no sure way to tell. I'm pretty sure my sister-in-law is one and I don't trust her as far as I can throw her!

Comment by John Wolff on April 1, 2010 at 6:04pm
I'm sad to hear you had a negative experience. Our relationship with the Gypsy lady has always been positive, as one would expect; she loves our dogs and says she's on a first-name basis with the Faeries who ride them when they're frapping (NOBODY messes with Faeries). She's quite an interesting character, her family goes way back and she knows all about magic clothes and such -- her great-great-grandfather was tailor to some emperor back in the Old Country.

Comment by RILEY, MAGGIE and Christine Kemp on April 1, 2010 at 3:31pm
Okey...I'll bite :) What was it that you had to give the gypsy to return Finnigan back to normal? What a cute story. You are indeed a great story teller!