Anyone else with a Pem that has a 2"or larger tail?

My picture isn't the best quality but I have a few more, my guy has a weird like nubby tail that isn't cut to breed standard. I was wondering how many others where out there like this. Also does your corgis docked tail grow really long hair? Mine if I don't trim it looks like he has a pony tail stick off his butt. Its bizzar.

ohhh you're asking almost the same question that I've been wondering about.

Cassie the Corgi has a tail stub that's very much like your guy's. It's about 1.5 to 2 inches. I don't think I've ever seen her hold it up quite as perpendicularly (is there such a word?) as yours, in the 2nd photo. But it wags enthusiastically, and it does look like a short remnant of what once must have been a substantial. tail It sticks out either straight behind her or upward at about a 45- to 60-degree angle. When she's very relaxed, indeed, it lays down flat.

Ruby on the other hand.... Hm. I know she had a tail, because I saw photos of the whole litter before docking. Ruby's stub or whatever you'd like to call it almost always lays down flat and follows the shape of her rear end. When Cassie gets excited she can lift her tail partly up and wag like crazy. Ruby's tail lifts only the slightest bit; the only way you'd notice a difference from when she was loafing would be if you were really looking for it. Very little sign of wagging is visible.

Cassie sometimes has quite a tuft at the end of her tail, but it doesn't reach the glorious level of pony tail!

"I wish my corgi had a tail to let me know how she feels."  So right on!!!! Dogs "speak" with (among other things) their tails. Did you know it matters whether the tail wags to the right or to the left? One way means "I wish to remove your head" and the other means "Let's be pals." IMHO amputating the tail is about as useless and cruel as docking ears.

In my next life, if I come back as a dog-lover (which I fully intend to do), there's no way I'll allow anyone to dock my future doberman pinscher's ears. Wish i hadn't allowed it then, and in the next life: not a chance!

I actually have been wondering that, the person I got him from said all her puppies were docked to breed standard or 1 inch (which mine isn't and its apparent now that he is older) and am thinking maybe she just said that because it was easier for her to get 'her monies worth' if I believed her pups all had that procedure.

Tucker does! I often wonder if he's a natural bobtail! We love his nub. :-D 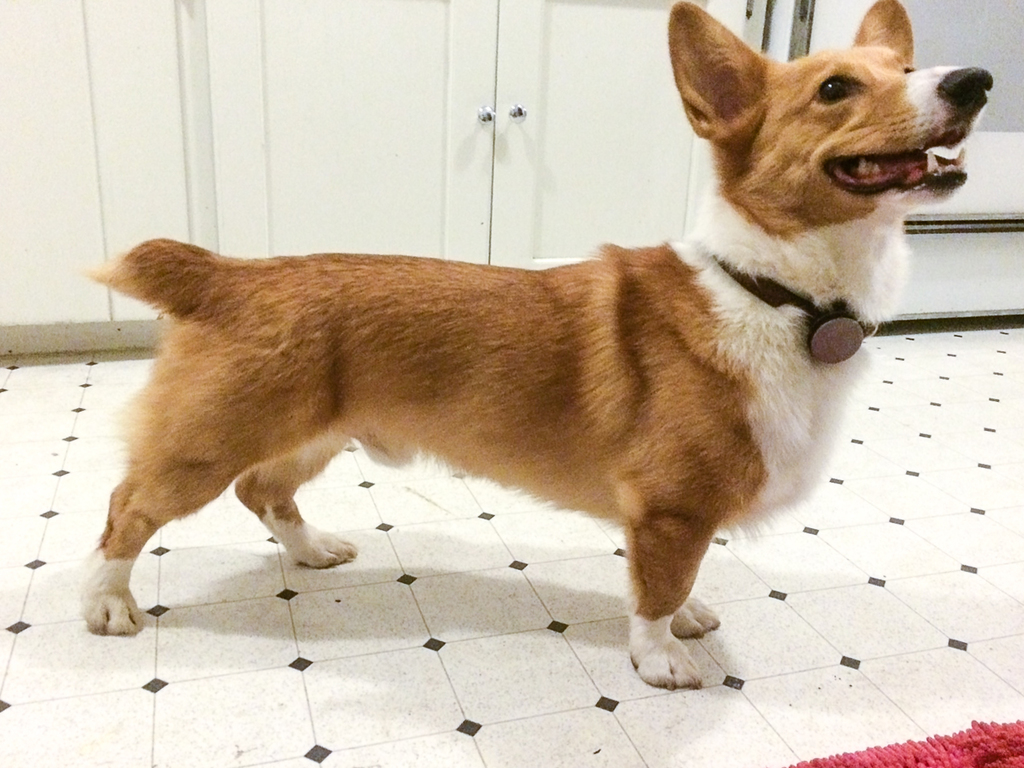 Permalink Reply by Ivy on August 21, 2014 at 9:27pm
My Ein has a short tail - about 4 inches from her butt. It is just a bit long to be a bobtail. Her cousin has a natural bobtail (just a nub). Breed standard allows for short, medium and long tails. I love it. It is funny to see the positioning. When she is excited it is straight up, but when she is seriously working the sheep herd it is all tucked down for the run. 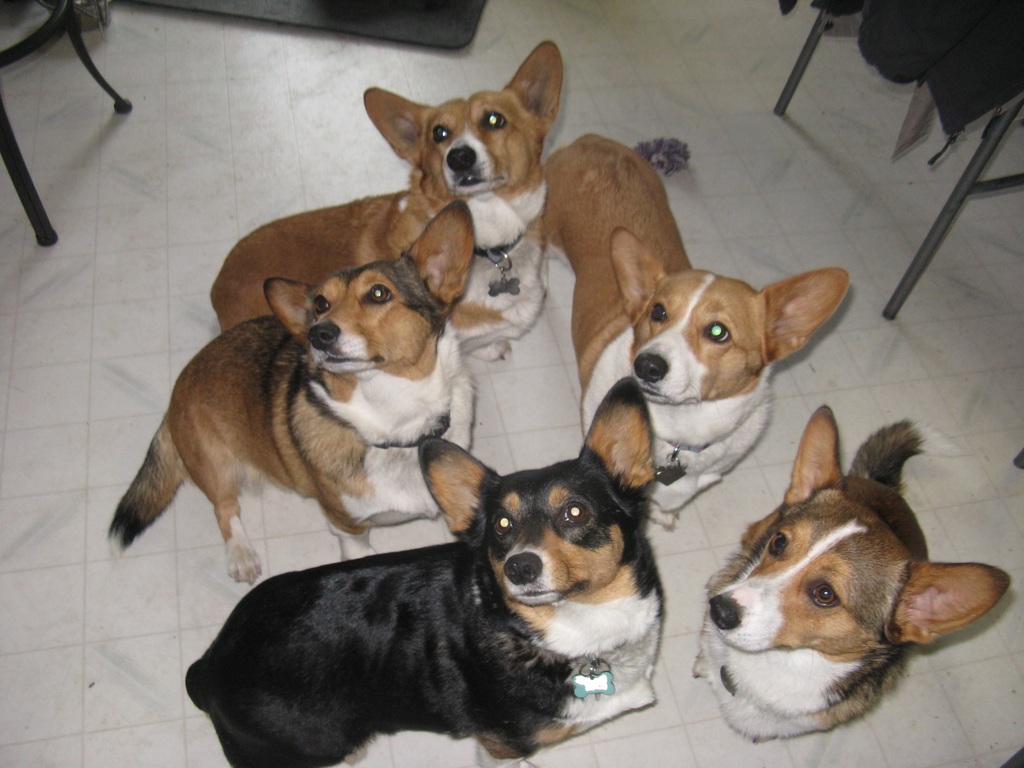 In my house we have a WIDE variety of tails:) Sage has a full tail and her brother Peyton too. Bella and Wynn have show cut tails and Livvy has a longer dock so you can see her tail wag as fast as her butt:) Then there's natural bobs and longer docks...such a wide variety:) This is a family portrait before Livvy, Bella and Parker left!

Does the fur grow out white at the tip of his tail? It's hard to tell in the first photo. If so, he may be a natural bobtail.

But yes, there are a lot of incorrectly docked pems out there.

Its actually the lighter sable color as it blends into the white, the bottom of his tail is white, there is a small line of sable, then black. But when it is really long its like a cream color because of the blend of sable and white.