An aircraft struck one of the transmission towers on the hilltop in our Maple Leaf neighborhood, showering wreckage upon the community.

Here is my coverage of the Maple Leaf Aviation Disaster of 2014.  Note crucial paragraphs in red, spinelessly censored by our allegedly free local press, apparently intimidated by the powers-that-be and afraid to mention the horrific death toll or dark suspicions of CIA or foreign involvement (see below): 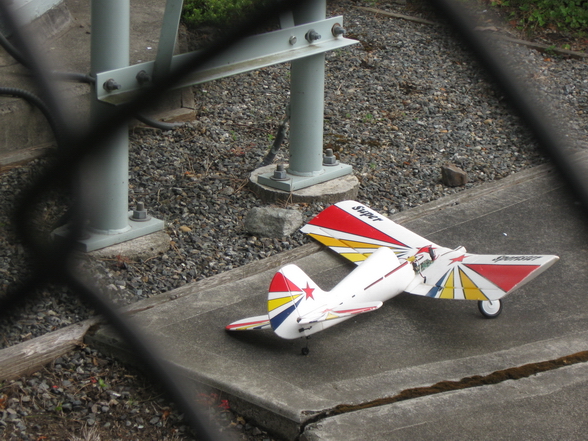 The wreckage of missing light plane – a very light plane – was found Tuesday at the base of a transmission tower near Maple Leaf Park by a K-9 unit on routine patrol.   Rescuers have been unable to reach the crash site because it is inaccessible.  "It's near the summit of one of the highest peaks in Seattle, and surrounded by vegetation, terrain, and a chain-link fence," complained a frustrated searcher.

Cause of the accident has not been determined, but it is believed that the aircraft hit the ground.  “It may have struck the tower  first -- it might have been pilot error, navigation error, or both.  Or it could have been a mistake,”  speculated an FAA investigator off the record.  “Normal flight paths are located either to the left or the right of immovable obstacles, but if these parameters are exceeded, an abrupt decrease in airspeed can result.”

Currently, the toll of dead and missing stands at zero, but the number could go higher as investigation proceeds.  “Or it could go lower,” warned an unnamed rescue coordinator, “and that’s a problem for us, because it’s a negative number, making it difficult to find the victims – and they must be very small people to begin with, because it’s such a small aircraft -- it just makes our job that much harder.”

There is some hope that the aircraft was an Unmanned Aerial Vehicle (UAV), or drone.   “If it’s a drone, the casualty list is often shorter, because nobody’s on the plane,” explained an NTSB spokesman.  “The pilot could have walked away from the crash, even if he or she was not wearing a seat belt.”  Drones  have been observed flying in the area, possibly operated by the CIA, the KGB, the Chinese, or by somebody else.  An anonymous CIA spokesman who declined to be identified refused to either confirm or deny that the agency conducts drone surveillance in Maple Leaf.

Rescuers hope that a search dog will be able to reach the crash site Thursday if they throw a Cloud City {local coffee shop} doughnut over the fence into the enclosed area.  “Nothing can stop a corgi if there’s food involved,” boasted Al, a  Maple Leaf S.A.R. dog who asked that his last name not be used. 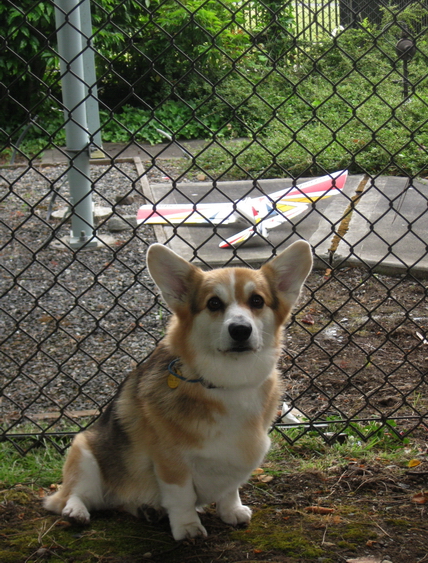 local news coverage of the disaster

Lol, you must have some time on your hands this weekend John.

Very smart people to realize that get the best work out of a SAR corgi (or any corgi for that matter) tossing a donut out there is the best thing they can do.  If anyone can find little people...or no people at all...a donut motivated corgi is the one who can do the job.

Usually I am scared when I encounter people with no sense of humor. I find people who can enjoy humor comforting. In your case, I feel a comforted and frightened at the same time. That's probably a good thing. I think you should start a blog. Fun reads!

Thank you for your service, Al. The President called and you have received a Purple Heart commendation. Congratulations!