Here are the top dogs in the news for 2011.  No Corgis, but interesting nonetheless!   They are all very good story, but I like the bionic pup the best.  What is your favorite on or off the list for 2011?

The phenomenon of grieving dogs

Do not read this article if you want to keep your eyes dry.

I truly believe there is no greater love shown to men by any other creatures.

Corgi meetup in Taipei and some observation on Corgis.

We had Corgi meetup in Taipei this past weekend in a garden restaurant.  Tons of Corgis showed up.  However, the weather did not cooperate and it rained. So we all had to move indoors after a while.  However it was still fun for everyone.  People took alot of pics while we were outside.  You can see them here.

As it happens, there was a doggie birthday party for a French bulldog indoor.  There was about…

What Happens when Engineers Own Dogs

I need to get one for…

Chewie's ears have always been soft.  After a long day of play fighting with Yoda. His left ear started to flop down on Sunday!  I suspect he played too hard and slightly injured his ear, however, there is no swelling.  He is not in pain or anything like that.  I taped his ear up to act as brace/cast and wait for him to heal.  I am also getting him some calcium supplement for him to build up the cartilage in his ear.

Tripping hazard! Do not ski jump next to a Corgi!

Poor dog, he got stepped…

Is there anything the Japanese won't train thier Corgis to do?

I just found a cool new toy. Does anyone own this toy and does it work well with your Corgi?
I am thinking about buying this from Amazon and ship it to Taiwan. So I want to make sure it is a good product.
BTW, here is a video…
Continue

Just another use for Corgis:…
Continue

While we do not have Holloween here in Taiwan, but we do have the annual corgi meetup. People coming from all over the island come together to celebrate their short legged furry best friend. The last estimated I got there was over 500 people and over 300 Corgis showed up! We visit and talked with each other about our dogs and handed out treats to all of the dogs, none corgis included! There were pet products sponsors on hand to demo the products. Vets… Continue

This Corgi dances before his breakfast. Apparently he is really into his, so much so, that he has an elaborate dance routine. Yoda sort does the same thing with his treats, but nothing like him. He must be the only Corgi in the house, so he does not worry about another Corgi steal his food. So, does your Corgi dance to celebrate… Continue

Which one is the Corgi?

I was surfing the net last night, I came a cross the photo below on a Taiwanese Corgi social networking site. I just have to share it with everyone here. It put a smile on my face! 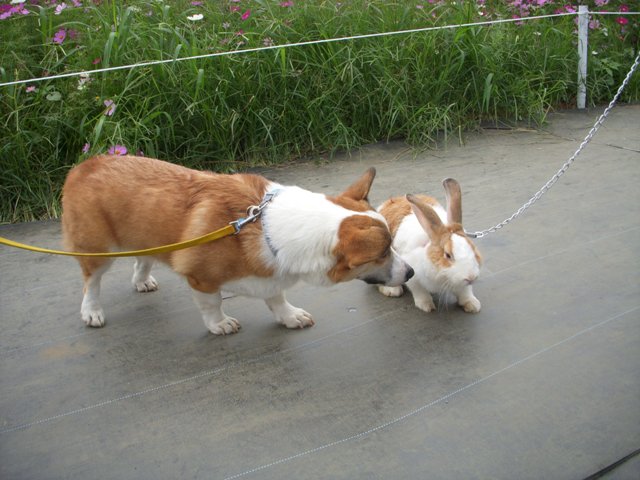 Mattel has jumped the shark and started selling Puppy Tweet. Yes, it is a gadget that enables your Corgi to tweet on what he is doing. Whether it is a good idea it remains to be seen. I am going to set up a tweeter account for Yoda and follow him on Tweeter, he will be telling me how hungry he is every 2 minutes!

My vet friend send me this by email, I just thought I share it with everyone.
Yoda saw this and said to me " Now, you know!" 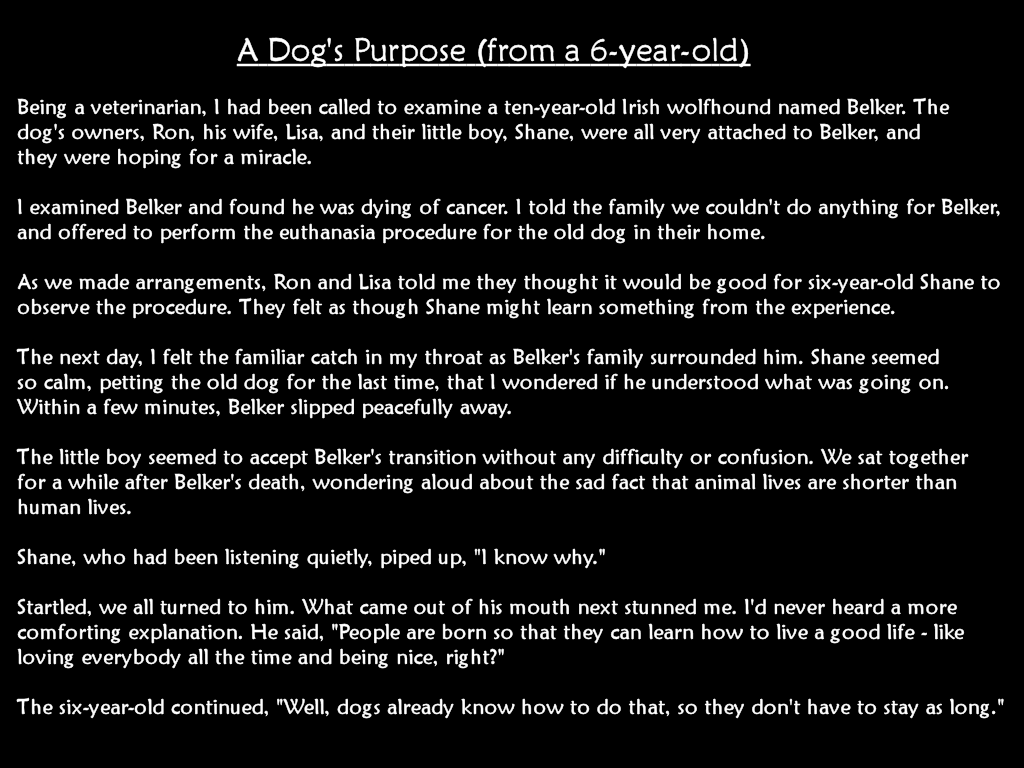 Merry X-mas to all! 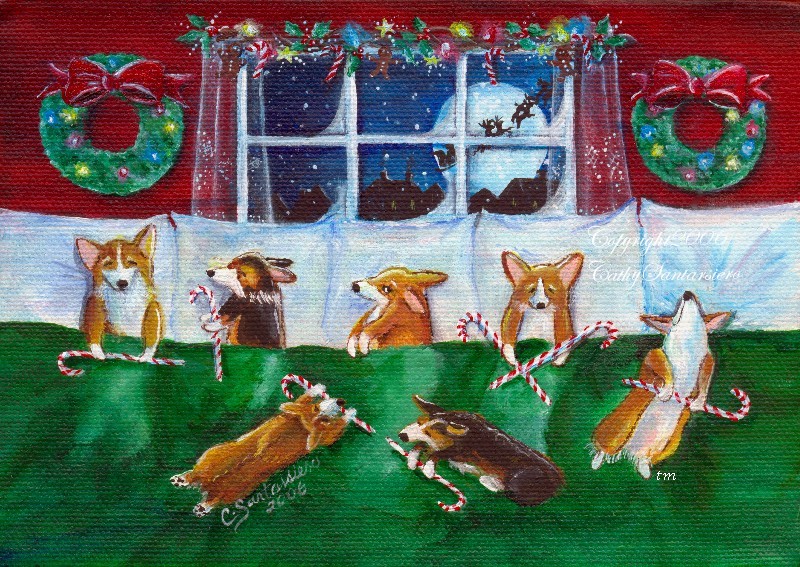 The original is here.

My girl friend saw Yoda growing up and get a "Corgi itch" needs to be scratched. She found a Corgi puppy at the local shelter. He is the sweetest little dog! We promptly named him Chewie. He was abandoned because he had 2 different color eyes. It is a Chinese superstition thing. We have been busy fattening him up and get all of the shots ready. Beside the different color eyes, Chewie also has a skin pigment issue, so his left eyelid is a little pink. Now, Yoda has a brother (younger by 1 month)… Continue

I was talking to friend, a vet., yesterday, he claimed that there was an additional historical use for a Corgi!

He told me that Corgis were used to herd rats back onto ships bound for the Continent during an outbreak of Bubonic Plague in seventeenth century London.

Has anyone heard of this before, was there any historical reference for this claim? Or my pal is just joking with me?

Yoda is an unbelievable fast puppy, not to mention quick with his mouth. What is the most surprising part is his predatory instinct.

Couple weeks ago, when I took him for a walk. We passed an open ditch. Yoda made a really fast move. Before I knew what is going, he had swallowed a cockroach. Yes, a cockroach. He was crunching it and he had a big grin on his face.

Last weekend, I was walking him through the park we always go. He caught a geko (a small white lizard commonly… Continue

I was sitting at my couch surfing the web today. Yoda was just sleeping next me. I was absorbed by what I was doing for a while, then I look at him and snapped this photo: 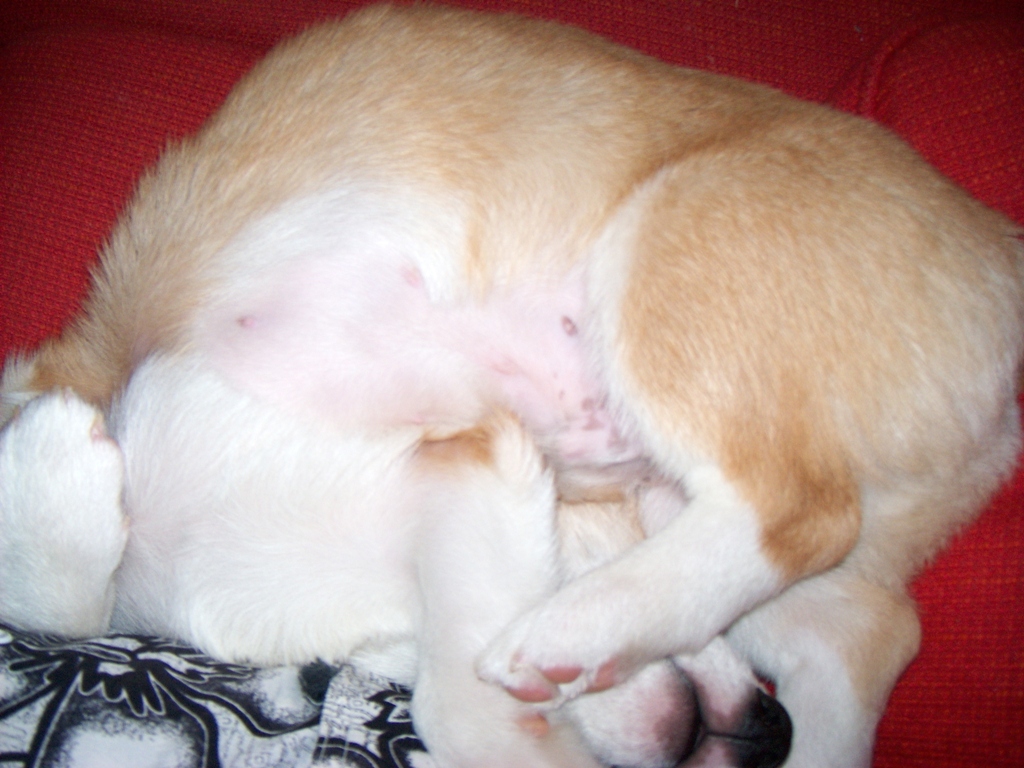 I could not even see his face!