OPPS I ate something wrong!

My Mom got me a Valentine's gift of a "Thundershirt" to keep me calm during those scary thunderstorms. We saw them featured on Good Morning America. Well when she opened the box a small packet fell out--one of those silica things in a white pouch... I just ate it right up! Boy was MOM MAD!!!! She should have put that shirt on herself to CALM DOWN... she call the manufacturer, and the vet, and looked it up on-line, nobody could tell her anything. So we decided to contact all our Corgi…

I haven't cried today, but I will. At 61, I no longer try to hide it or feel self-conscious about it. I figure I've earned that right after all these years. I can move through the house today--even looking at the spots where Stinky Wink liked to lie down--without crying. I just get a strong grip in my heart. But I will come across a renegade toy or a bunch of Corgi fluff somewhere unexpected, and the tears will flow. He did love his toys! I gave one to each of my sons for their dogs, but I'm…

I can't get the best of breed judging for the premise to play, however. You're supposed to be able to watch it online.

I've made it through another day. I didn't cry as much today, but I still hurt...a lot. I'm trying to spend more time remembering the fun things we did and the funny things Stinky Wink did. I'm still gathering his pictures. I have filled one album already. I didn't know I had so many pictures, but I'm delighted that I do. I wish so much I could pet him and scratch behind his silky ears. There hasn't been any hair to sweep up. I saw my neighbor out back this afternoon and she said, "My God,…

Please open the link to an animated Corgi card!

The Million Corgi March (or about 50 or so)

To celebrate Valentines day and the love of corgis, we staged a walk through lovely Magnuson Park in Seattle.  I think there were about a million corgis there.  It was a beautiful (at least for February) day and corgis of all ages, size and shape attended.  Happy Valentines Day everybody.  Gotta Love a Corgi!

I think we formed a line around the park.  Took a panorama shot to try and get everybody in,…

I tried to upload a profile pic but it does not seem to come up. I will keep working on it.

I tried to upload a profile pic but it does not seem to come up. I will keep working on it.

Hello, It has been over 2 yrs since I was here last. So here is a brief update. Of course I still adore our crazy Corgi! I finally put a couple pics up and will work on more. Jack dog is doing great and now has a new friend... Her name is Kaidyn a little Dachshund (a 1yr old dog my mom recently adopted). They are great pals and have to see each other everyday or they pout. Hope everyone is doing well!!

Life gets rough for everyone and I am not excluded from that. However, most of the time I take things a little more roughly than other people might. I'm an easily excited person, both bad and good. When something bad happens sometimes it feels like the end of the world. I stress, no, I FEAR that something bad is going happen. A fear so strong that I used to hide in my home for days, afraid to leave the house. It used to be difficult to find a reason to get up out…

We got bit by a pit

There was a VERY dog aggressive pit mix at the park today.  She was off leash and Waffle was off leash and we entered the park at the same time on opposite ends.  The park is actually a soccer field, but it’s used as a dog park when there aren’t any soccer players or kids in it.  Not knowing whether the dog was okay or not, we stuck close to the fence and moved as far away as possible.  The other dog’s owner was just kind of standing in the other gate not making any moves or otherwise…

I just dropped Loki off at a 14 day boarding training program. I'm going to miss her, and I feel a little badly about letting her be away from us, but I think it's for the best. She just has a lot of behavior problems that I don't feel equipped to handle. It's nothing aggressive or dangerous - at least, not to other dogs. The biggest thing is that she eats poop, and that's the big thing that I don't know how I could get her to stop on my own. She will actually go up to other dogs at the dog…

We are so excited! We just received a pic of our new puppy's lil face from our breeder. 8 more weeks to go!

I think they are definetely bigger blessings in our life than we are in theres. Gotta love the doggies!

Hopefully the destructive puppy stage will be behind him... or only I could hope. 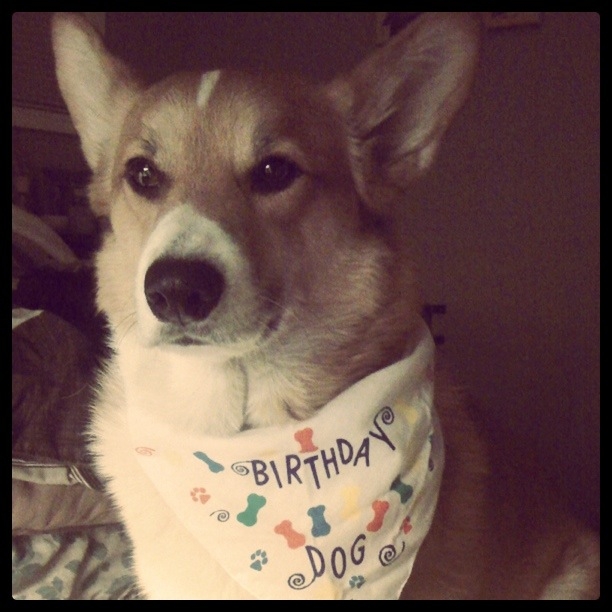 Should I get male Corgi "fixed"?

Our male Corgi - Scooter - has a testicle that has not dropped yet.  He is two years old.  We did not get him fixed as a puppy because our older female Corgi was fixed already.  But now I am rethinking getting it done for Scooter because I have been told that he could eventually get testicular cancer due to this.  I had our other male Corgi fixed when he was 6 months old.  Do you think 2 years old is too old to get fixed?  Never been in this situation before.  Any comments are…

This is the fourth year that our San Diego Corgi meetup has had a team participate in the Escondido Humane Society fundraising walk, Paws in the Park. Last year we were the first place team! 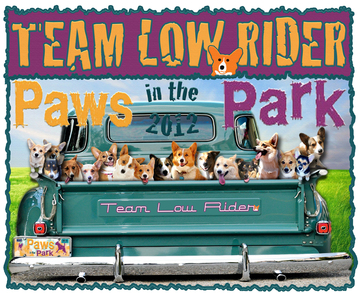 Our meetup coordinator, Colette, designs the shirts every year. I just LOVE this year's shirt, so I wanted to share it with you guys. She used our pups' actual pictures!… 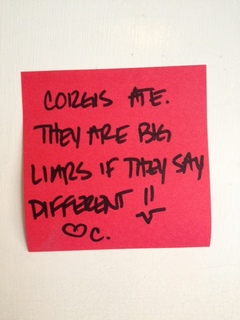 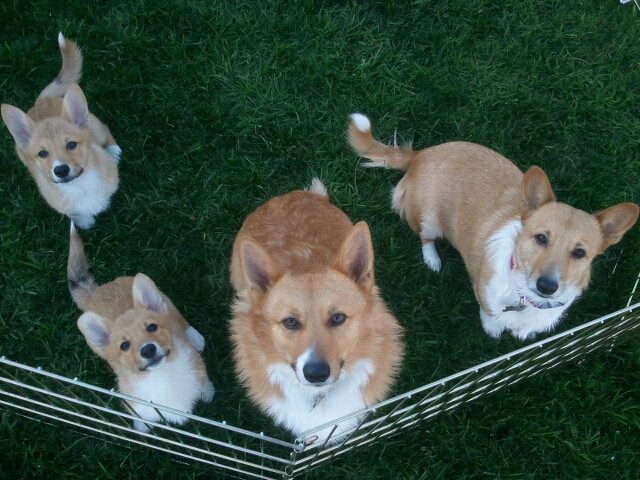 Just wondering if anyone else out there feeds this,our dogs love it, especially the salmon and potatoe formula, we mix it with the rollover super premium,their coats look awesome and their weight actually started to be easier to maintain,looking for input.

I am trying not to post too much here about the bad, but since it's rare that she really is "bad", I figure I just need to vent now. Usually Poppy is really good about doing her business when I take her outside. She knows the schedule and gets it all done then. But last night when I was trying to go to bed, she was being extra whiny. I wasn't sure if she needed to get more energy out (we didn't go for our normal hike this weekend, which I now know she NEEDS to tie her over for a few days) or…

I don't want to bring my corgis back to the vet again, hoping for some advice

Our yard is quite sandy and frequently has ants and other such items so I put poison down to keep control of them but it never fails my corgis seem to be getting ate up by something outside. I havent put stuff down in sometime and I go out there and look and there is nothing out there.   Last time I brought Bonnie to the vet because I thought it was something more, she said just give her a benadryl to help her through the itching. Well that is good and all helped the first time.  I wash them…