I was wondering what everybody would want to teach their corgi in 2011. I am teaching Ein to close my bedroom door...slowly. Good luck to everybody!

Happy News Year to all of you!

I hope this year brings you Love and Joy. 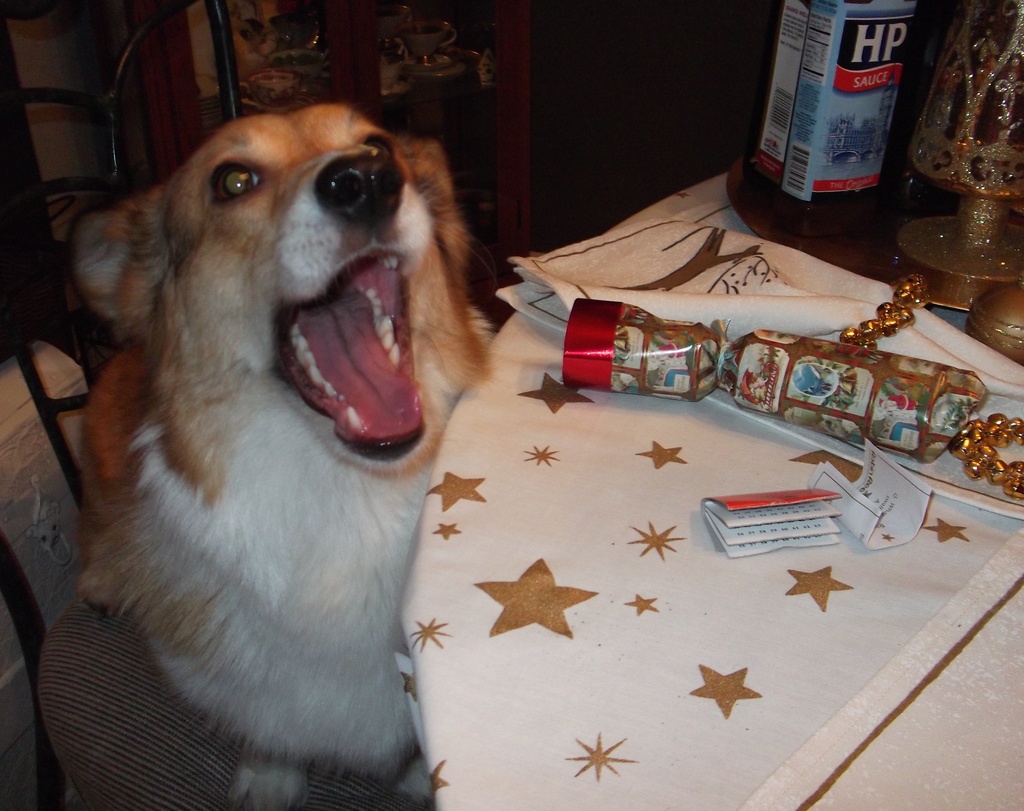 Baron and I want to wish everyone a happy new year!

We've had Sally for a year!

We have had Sally for a year now.  She has been through so much, and is really doing great!  I would say for the first 9 months we had to keep all squeaky toys away, she didn’t really know how to play.  She would get very upset when she heard them squeak.…

Hi y'all!  Malaqui now has her own Facebook page.  For the last four years the little bunny butt has taken over my page so  its time she flies on her own.  Not to say she is coming off my page any day soon!   I'm just too proud a mama!  :0)

I'm not sre how to post the link to her page, so I'm letting y'all know how to find it if you're curious to take a look.....Just look up Malaqui and it should pull her profile among the choices.  I'll be adding new photos as I find time. She's…

Rowdy's first week with me :)

I'm going to try and document Rowdy's first year (or more, let's see if I can keep this up).

Rowdy is going to be 8 weeks old tomorrow, I got him at 7 weeks from a very loving family breeder in Sacramento. His buddy was a year old Golden Retriever and man did he love to play with him! That's how I was able to choose the name Rowdy, he got feisty with that golden and told him "what for."

When we brought him home, he immediately started playing with his new…

Where there is death, there is new life 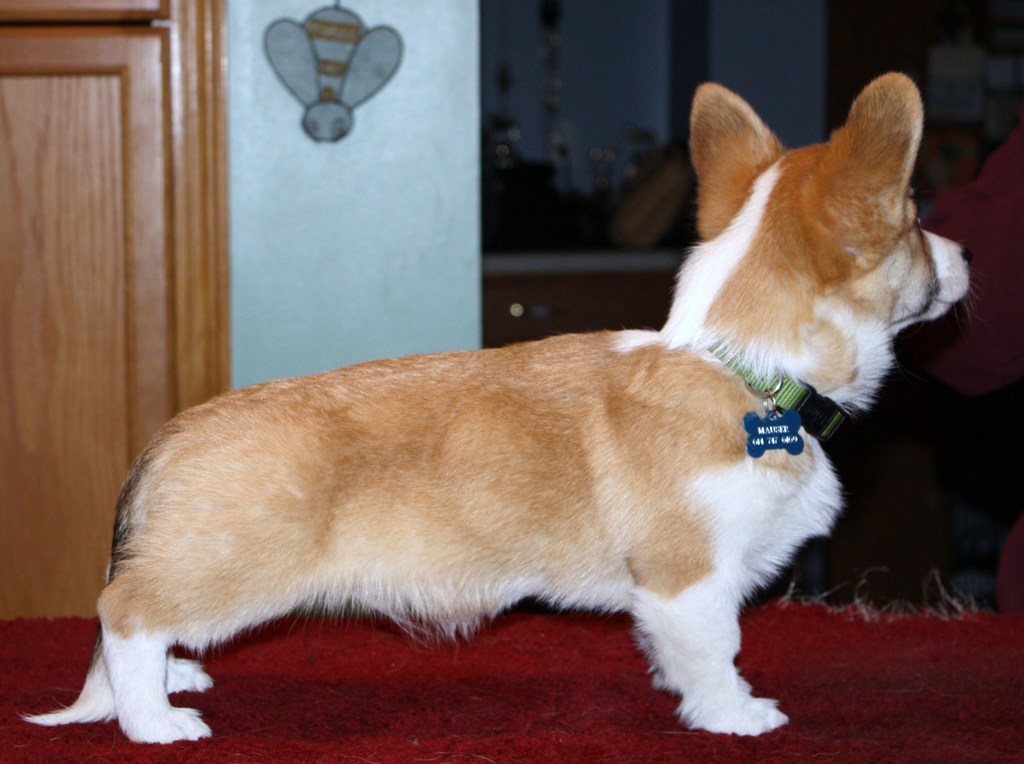 Mauser Marksman aka Little Marker Boy from my Aug 9, 2010 litter by Sian and Marker crossed the bridge Dec. 28, 2010 from Renal complications. This picture was taken during a visit with Mauser and his owner, Bree Babin, the beginning of December. The visit almost got canceled because of snow in my area and I am so thankful Bree was willing to still make the drive, for this is…

Well we are about to start a new year with our Corgis new and old...i hope its a good one for all....although Dyllan is not off to a good start! Since we went to florida and boarded him for a week he is finding something to chew up every time we leave for a few hours.little bits of paper everywhere,plastic bags and vacum cleaner parts so far. We got him a bone and Korie too so when we go out tonight we will see if they behave. We dont know if they are nervous or just mad but we never had to… Continue

Thank You So Much!!

I want to let all of you on this site and their Corgis know how much I appreciated your support today.  I really needed it.  It seems so strange not to have my "little one" with me as I go around my home.  I use to talk to him like he was another human.  But I am very thankful he was my "guy" for the 3.5 years he lived with me.  I adopted him just two days before Mom went into a nursing home and needed his presence greatly.  At that time, I wasn't familar with Corgis so didn't know how loyal…

Hi All! Hope everyone had a Holiday!! Because of the is group, 2 of my puppies are going to have forever homes, still need homes for 2 more.  Please, if you are interested or know someone who may be, I have 2 puppies left, both females, born to Tri-Pem mommy.  We do not know who Dad was, but the pups do have some Corgi traits and cute as can be.  Here is a picture; I will post or send more if interested, but the available 2 are the Merle standing on the box and the black one behind her.  Please… Continue

My Corgi, MaGuire, was put to sleep this morning after about a month of decline.  He has been my close buddy/protector/tropper for over 3 years.  He was the best!!  I want another one similar to him.

I will start the process of looking for another Corgi.  Because I am in a rural area, we do not have many options of finding one.  That is why I am starting today.  I have been grieving MaGuire's decline and talking to him about it.  So, I…

Ellie is a saint on a 4 hour car trip.. Maybe she knew she was going to get to play at the beach! I hate putting her in the carry box but it is the safest way for me to travel with her as she totally not taken to her harness...and she slept all the way home. Yay for Ellie!!… 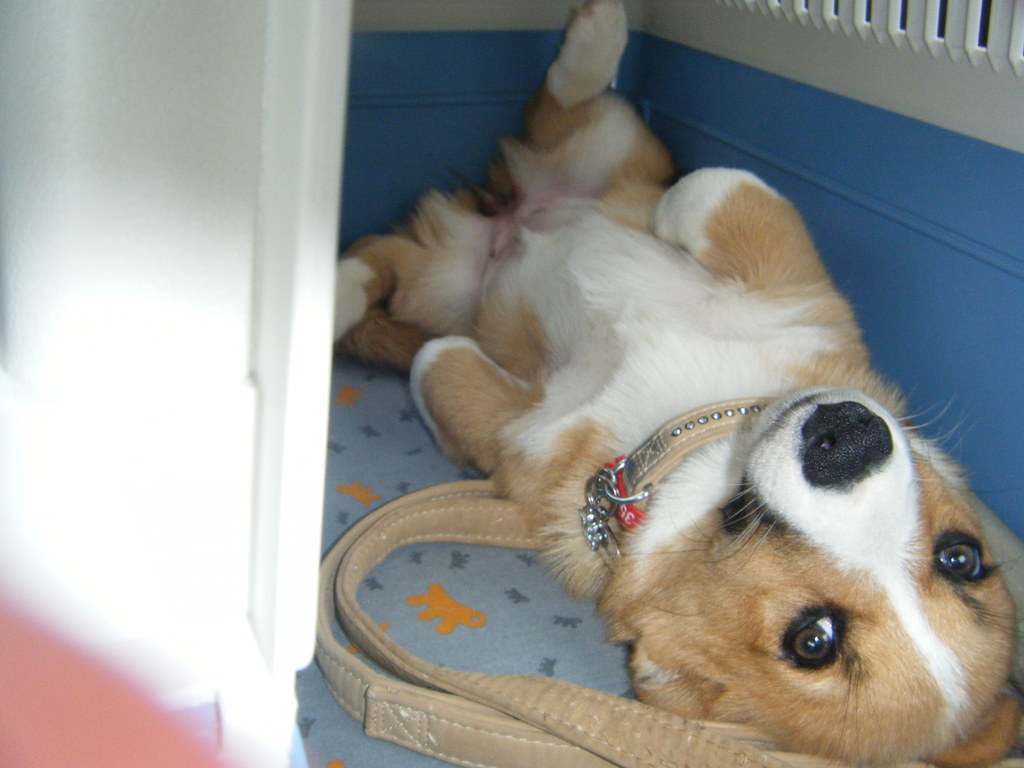 Elizabeth how wonderful of you to share the photo's.

I thought the corgi corp was one of the first going through this year as we watched the others come through. We have attended 2007, 2008 and 2010. We always have a great time.

So, we picked up the puppy yesterday. Was going to call him Teddy, but one look and I know that wasn't right. He's Charlie!! And what a cutie he is!!!   Just see for yourselves!!! Can't wait to watch him grow!… 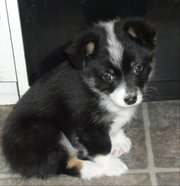 One Knows One Is A Corgi Lover When....

One goes to great pains (despite desperately pitiful facial expressions and pleas from one's corgis and close family members) to prevent one's long-backed corgi babies from becoming overindulged during the holidays. (Because one knows that overindulgent corgis turn into chunky corgi monkeys.)

HOWEVER, no matter how hard one tries, one cannot - for the life of oneself - apply the same tough corgi-love logic to one's own overindulgent self.  [Chunky monkey junky…

The dogs got one of their Christmas presents early so they could enjoy a good run with their new frisbee (the pink one) in a deserted park. 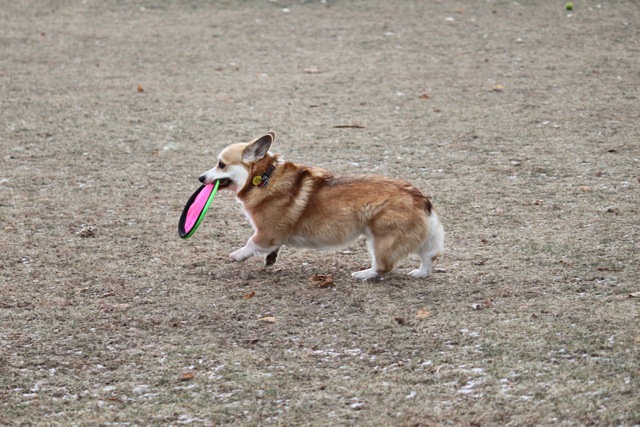 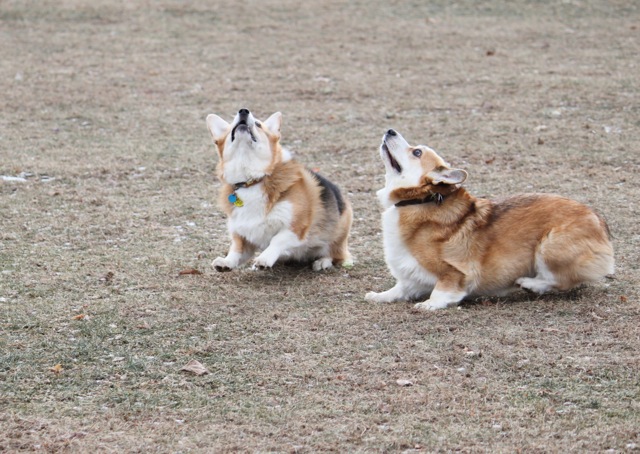 Just got back from seeing the King's Speech and am happy to report that corgis were the stars of the film, sort of. They got on camera quite a bit. No surprise at all since they are the dogs that can not be ignored.

Please visit Luna's and My Blog

Please visit The Briese Moon - our very own blog on Blogspot.  Follow us if you would like, as I update that blog more often than the one on here and will actually be doing her entries on there from now on.

Here is the link for this week's entry:

Hope Everyone Had a Merry Christmas from Max, Santa & Debbie 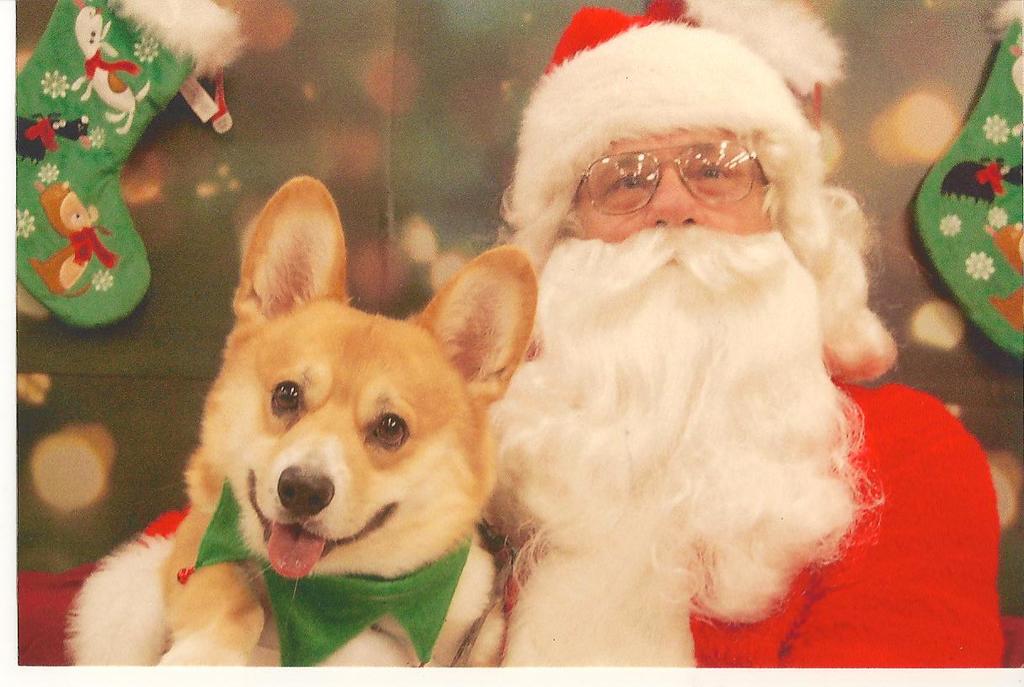 Confessions of a good dog owner #2

I am holding a piece of wood and the dog is near the fire so I poke him.

I find that the strength of anger is the wrong strength.

Next time I see someone hit a dog I will scowl at them twice as hard.