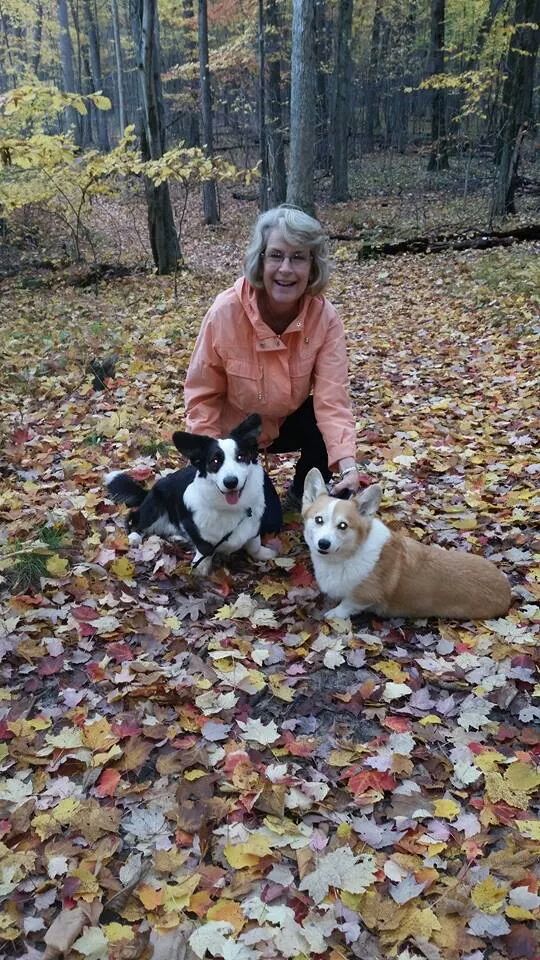 Things were going great in my life until my regular check up about a month ago. Next thing I knew I was having multiple tests and seeing multiple doctors. Cancer is a very scary word! I have always been very healthy and I still feel just fine but have been on  roller coaster lately. One oncologist suspected late stage gall bladder cancer and thought if I responded well to chemo I might have one or two years left! We immediately hopped in our motorhome and went to Mayo Clinic in Minnesota. They have a great system there if you are on site and will squeeze you in. Fortunately although they agreed I have stage 4 cancer they determined it while origin unknown was gyn in nature which is at least treatable. I am home now and will begin chemo next week with hopes I will be well enough to have surgery later. At least now I have a chance! My husband and I had lengthy discussions on whether we should keep Watson. We finally decided that we need the laughs he provides so will make it work. I will have him in doggie daycare  once or twice a week to keep him socialized and for exercise.

Wish me luck Corgi family! Weird that I still feel perfectly fine with no symptoms except for a swollen lymph node! Hug your Corgis too. I am lucky to have very supportive family , friends, cats and Corgis to see me through  this.   Love the corgi community!         10/26 update....Had my first chemo yesterday and am feeling fine. So far so good! I am having weekly treatments for 18 weeks as long as everything still continues going well. Thanks for all your great wishes!

1/30       Finally really good news! I have responded so well to chemo that I am now a candidate for surgery. When we started this journey it did not look like I would be able to survive surgery. Not looking forward to major surgery but I understand this will greatly improve my over all prognosis. Currently I feel great because they have halted  chemo so they can operate. My surgery will be February 9th. After the I will restart chemo. At this point it looks like I am in partial remission. I am looking forward to being well enough to resume Watson's training in the Spring. He continues to be a joy to live with while Izzy loves cuddling. Thanks to all of you for your positive thoughts and prayers.

Oh god.I'm so sorry. Will keep you in my thoughts and prayers.

Been there and doin' that. Not, in my case, spread around, but unfreakingbelievably terrifying. After the whole idea settles in, though, you sort of get used to it and it's easier to cope.

If the dog doesn't have behavioral problems that require a lot of physical exertion on your part, why get rid of him? I thought for sure Ruby the Corgi Pup was going to have to go back to the breeder, but I'm really glad I didn't send her back. My son took her off my hands for about ten days, which was long enough for me to recover from the last adventure in the OR. When he brought her home I was able to deal with her just fine, and now I'm sure happy to have her.

Don't take any prognostications at face value. One of my readers said his dad's oncologist said the old guy would be dead of lung cancer within six months. Wrong. Two years later he's still kicking. No one, not even a fancy specialist, can predict the future. And btw, I go to the Mayo, too: love the doctors and think they're the best around...but they're also human beings. Their crystal balls don't work any better than ours do.

Oh Bev, I am so sorry. The good news is...Mayo is the best:) My husband had stage 4 cancer about 3 years ago and is fine today! He had 2 bouts with this the 2nd after about 6 months it came back and he had to have surgery but they had  a pathologist in the operating room checking every sample to make sure no cancer cells remained. It is unbelievable what they can do...plus they are such great doctors personality wise. People come from all over the world for care there. You did do the right thing by going there...

I am glad you will have your 2 Corgis to support you also. Mine laid on the floor by Jim when he'd come home from chemo. They are there to support you!!!!

I am so sorry to hear the news. You have shared so much about yourself and your dogs here that I feel I know you personally, and I'm sad to hear you are sick. I'm glad you are seeing doctors from an excellent facility like Mayo.  Big hugs and Corgi kisses from here in PA!

A work friend's father was diagnosed about 10 or 15 years ago with metastasized cancer in the lymph nodes in his neck.  They never did find the original tumor, but they said it absolutely had not started in the lymph node.  The radiation was a bit difficult because it was at his neck and burned his taste buds, but he did go into full remission and only died this year of something totally unrelated;  he was well into his 80's.

I'm glad you will have Watson to make you laugh and Izzy to give you cuddles while you have your treatments.  I hope you consider consulting with a nutritionist as part of your treatment team;  I have heard that it can really help people do better with chemo to eat certain foods and avoid others.

I hope your treatment is very successful and the side effects not too bad.  Please try to keep us posted!  Maybe your husband can give us an update sometimes too.

There are many of us here, most definitely me, who care about you and will be sending lots of good healing thoughts your way!

Bev, I am terribly sorry to hear this for you. I will be praying for you. Blessings!

Such sad news Bev! I hope with the best care you will be treated successfully. So sorry you have received such a scary diagnosis but it sounds like you are on top of things so far. Happy to see you have so much support.

Oh Bev, I am so sorry to read this! I'm glad you've decided to have your puppies with you. They will be healing spirits for you. We will all be there to support you! And this is such a beautiful picture! Those leaves! wow.

Permalink Reply by Diane on October 16, 2014 at 11:57pm
Oh, how very scary :-( It sounds like you are in good hands, but you will definitely be in my thoughts/prayers. Sending (more) corgi hugs your way....

Permalink Reply by susan on October 17, 2014 at 9:27am
So sorry to hear you are going through all these medical issues! My gosh, life can change on a dime, can't it. I'm happy for both you and Watson that you have decided to keep him. A little bit of corgi diversion will help you through the rough days. I will keep you in my thoughts and send healing energy your way. /hugs

Sorry to hear about the news.  Although keeping Watson might be an extra tasks to deal with I strongly beleive having him around will help the recovery much faster.   I don't know why we still do not have hospital with a wing for Pet Therapy for patients in recovery.    Best wishes all around and congratulation for Watson from all of us in staying with his family.

Bev, hang in there. I am wishing you the best.

My mom has had stage four cancer for the past six years. All stage four means the cancer has metastasized from its original tumor/location and is not a guaranteed death sentence. I know it's scary but you have lots of people thinking of you.

Oh Beth....I am so sorry you have to go thru this.  Advances in medicine incorporating all things from medical to nutrition to spiritual counseling (if that is your choice) have come a long way.  So glad you are keeping Watson...they say humor is the best medicine.  Keep on laughing at him...that will do wonders for your heart and soul.  Many of us know the value of a warm nose and furry body in the healing process.  Please let us know how you are doing or maybe your husband can update us if you can't.  Please know you will be in my thoughts and prayers.