We found a "long lost brother!"

We met Charlie's brother at the dog's park this week-end. "We met by accident" :) We quickly found out the details - they are from one litter! That was so exciting! Charlie's fluffy brother is so-oooooo adorable! And friendly! They went along greatly, and enjoyed playing with each other!

here are some photos:

I am very interested in finding out about the calenders. I have one ordered,but nothing yet. Does anyone know when they will be shipped? January is almost over! I am fairly new to the club and do not know how things work. I still have to learn how to put in pictures on the site. Thanks.

I just got home from the pet store, and running a couple errands only to find out that Benji has eaten a few of those mint chocolate girl scout cookies that I left on the counter top. I can't even figure out how he got them either. When he stands on his hind legs he isn't even half way to the top and Lola's nose is a few inches from the top when she stands up. So I have absolutely NO clue how he got them down. He looks fine to me and I called the vet and they said to keep an eye on him, but he… Continue

I'd like to thank everyone that walked me thru LaVerne's spay surgery. You dont know how much your advice and words of encouragement meant to me. As you all said she would.....she sailed thru the surgery with flying colors. She was so quiet and still that first day it was unnerving but she woke up around midnight and decided it was time to eat and visit. I gladly obliged. She was still a bit whiny the next day but yesterday she was back to her silly ol self! :o) I even had to discourage her… Continue 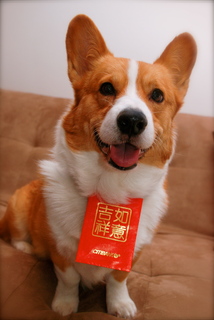 Hi all! Thanks for all the nice comments. I'm happy to have found this site. For my first Blog entry I want to add an event that a club I belong to is hosting in Western Washington.

I belong to a schutzhund training club with my German Shepherd Dog. We are hosting an AHBA (American Herding Breed Association) certified herding instinct testing at Ewetopia, in Roy, Washington on Saturday, March 21st. It starts about 8am and lasts until about 2 or 3pm. There is food and fun and… Continue

Leon found a cat named socks. Closer to kitten actually. Socks took a liking to leon and followed us home. I was afraid that something was going to happen to him on the way back, like getting hit by …

Leon found a cat named socks. Closer to kitten actually. Socks took a liking to leon and followed us home. I was afraid that something was going to happen to him on the way back, like getting hit by a car, or that I wouldn't be able to get him to the house and he would get lost or hurt. And then when we were almost home socks walked on some really thin ice, it's just barely freezing here, I heard cracking, flipped out a little inside and then he fell through. It scared the shit out of me. He… Continue

This weekend we went to the San Diego corgi meetup at Rancho Bernardo park. There were about 50 corgis there, including a couple puppies and about 5 cardigans. There was frapping and herding like crazy! It had rained earlier than morning so there were plenty of muddy bellies. Most everyone got along and the pups were exhausted that afternoon.

Here is a link to a few pics:
pictures

We went to PetSmart today to get supplies for Morna. We bought a leash (she's arriving with a harness), healthy pet food and snacks as recommended by Kerri (breeder), a bed, food dishes, a few toys that look like they can withstand fierce chewing without coming apart....and for ME... "Puppies for Dummies"!!! It's been a very long time since I've had a puppy, and I thought I should bone up on the routines, etc.

My Dad sent this to me and I wanted to share it with you folks:

If you can start the day without caffeine,

If you can get going without pep pills,

If you can always be cheerful, ignoring aches and pains,

If you can resist complaining and boring people with your troubles,

If you can eat the same food every day and be grateful for it,

Saw this coming through the feed this morning. Links to the article at the bottom of the post.

I'm not clear on whether this is preemptive or if dogs have become ill. There doesn't seem to be reported cases of dogs infected with salmonella, but I imagine that Petsmart does get their peanut butter… Continue

Well, after quite a bit of indecision, we have decided to have Morna sent via air, and we found that she could go into Charleston, which is only about 2 hours from home as opposed to the 4 hrs from here to Charlotte, NC. My whole experience with the breeder has been outstanding. It's a pleasure to have such a nice, informative person to work with on something as important as this.

She will be arriving next Thursday, and I'm going to be busy getting everything chewable put away,… Continue

It has happened Malibu has a brother 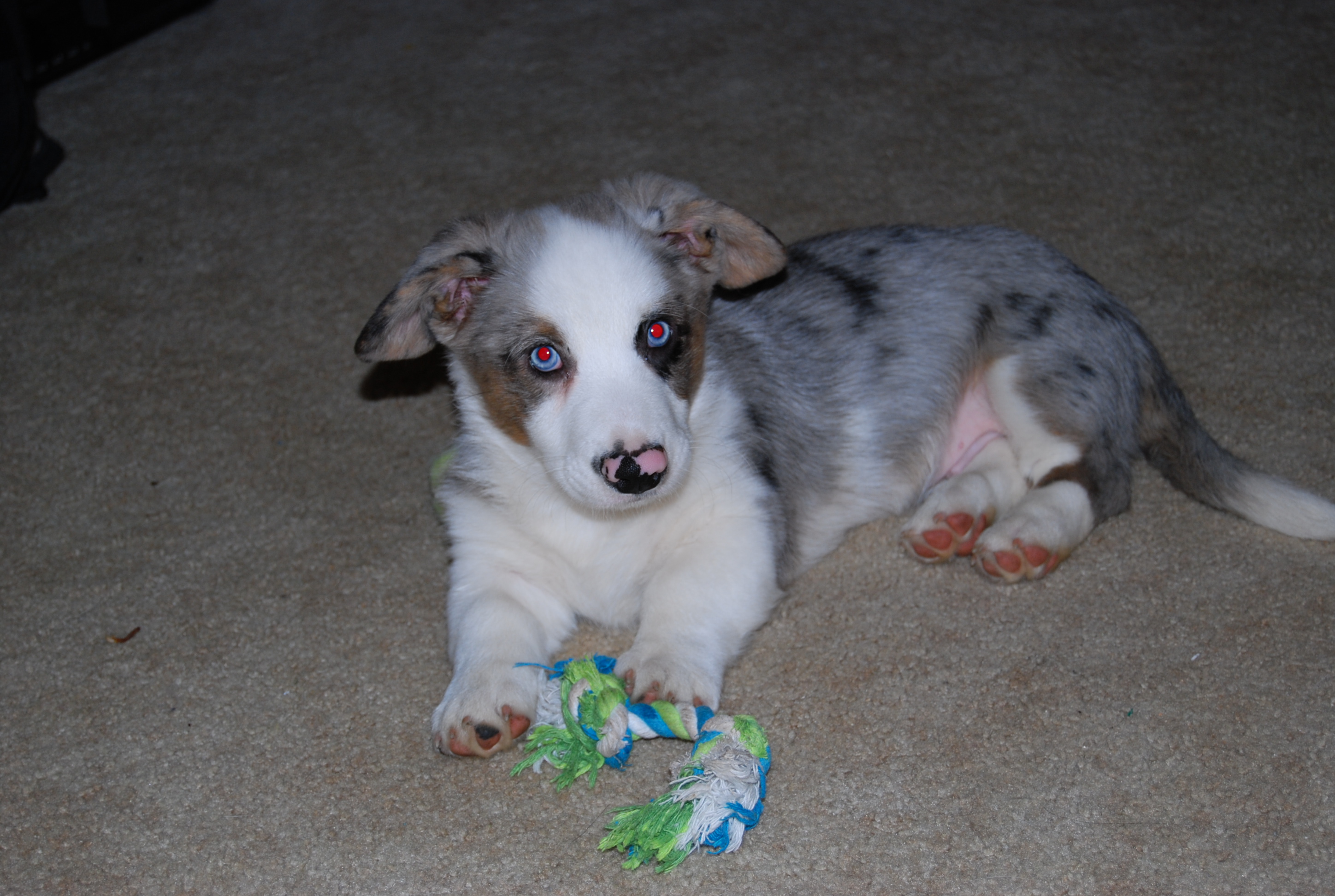 Well it has happened and Malibu has a brother. His name is Captain ans he was born on Oct 21, 2008 and we picked him up from Oregon on Dec 29th. We will be adding more photos today and he is in great shape. He is now 13 weeks old and a Whomping 15 pounds. He plays great with his older sister Malibu who now is his best friend. He can't wait to get out and about after his Rabie shot next month then onto the show ring in… Continue

Slideshow of the Puppies Snowball Fight

I hope this turns out..some decent shots of the pups playing in the snow again today. Won't be able to get them out tomorrow since our temperatures are dropping to 19 degrees again. Burrrr!!!…

So I have to say - Being a guy and all I was surprised how much I was taken aback and literally had my normally iron-clad analytical being (yes I am a huge math dork who went to graduate school several times for it) crushed by this little guy Ziggy that Jenny brought home from way somewhere west in Illinois (I am a city guy, so pretty anywhere outside of a 30 mile radius for me is like a normal person going to Canada). I actually look forward to seeing my little guy every day, whereas before, I… Continue 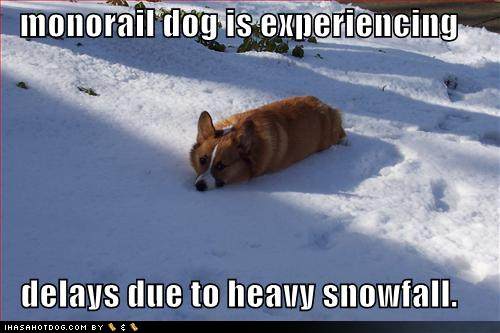 We had our follow up vet visit this evening, and still no answers. The x-rays came back worse but the internal exam by the vet had her confused. On the last internal exam Tiki completely freaked out and squealed and tonight he didn't even flinch. The vet was so confused by this, she asked another vet to preform the same test and Tiki pretty much just sat there wondering when they were going to be finished. Hopefully the pain is starting to go away and the antibiotics must be working. The local… Continue

Hi All,
I just got my corgi and he is constanstly licking! He licks me and boyfriend non-stop, the carpet, comforter, etc.
Does anyone else experience this or know why he is doing it so much? Any feedback would be much appreciated!!

Puppies 1st time in the SNOW!!!

I finally was able to get my puppies outside today. The sun is shining bright and is near 40 degrees outside which I know doesn't sound great but considering the temperatures for the past weeks or so its heaven.

They had a blast. Had all the other dogs out there w/them and those puppies just thought that was the coolest thing ever. They'd come to me for their goo's and gah's but that snow just was way better then me to them. They figured out they could eat the stuff too! They were so… Continue

Well it's going to be awhile before I can post any new pics of Chesney and Oreo. Our car was broken into and our camera was stolen. Hopefully I can get a new one soon!