Our trainer is having agility "drop-in" classes every Wednesday. Each week, she sets up a course and people bring their dogs and it's almost like a trial-like atmosphere. Yesterday was our first class. The Novice course she set up was 16 obstacles (weaves, 2 tunnels, a-frame, dogwalk, and 11 jumps.) After walking the course and watching a few of the more experienced handlers run it, Baxter and I were up for the challenge. On our first run Baxter only had one refusal. I was so impressed at…

Today is Ginger's first birthday.  Man, how time flies!  I can't believe that it was a year ago that I was waiting anxiously for her to be born.  It's been a crazy year, as she's on the high-strung end of the corgi personality spectrum, but I wouldn't trade it for anything!  I'm picking up her birthday cake after work from a doggy bakery.  Hopefully I can upload some pictures tonight.  I keep telling my husband it's time to get another one, but he's not having any of it! :)  Happy Birthday… Continue

Thanks for the puppy praises! 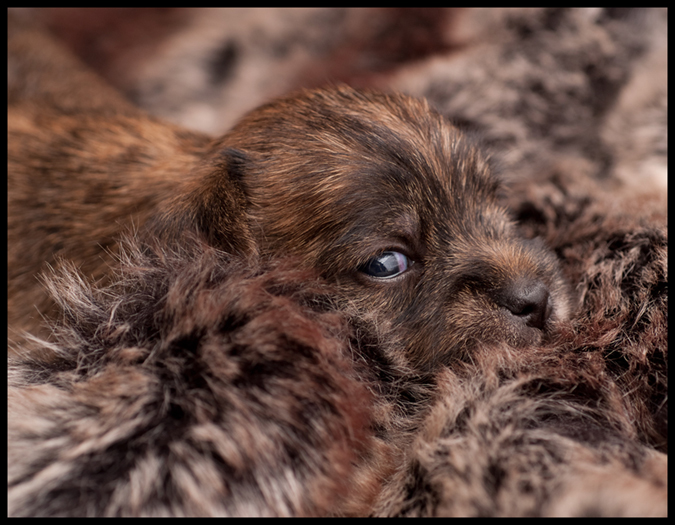 Thanks for all of the gushing over the puppies.  Regardless of all of my grumblings I know that we have been blessed.

Rexx again attacked Lando Oliver, rexx has these phases where we think he is not all their and it lasts for a few days. Bootsie will show his tummy when Rexx goes over to him but I guess LO ha a little more domination but rexx is a bigger dog. Anyhow LO will not only pee but poop when rexx goes for him, how strange is that. LO pees when he is excited but doesn't poop. Like he will pee sometimes when someone comes over. Man I need cesar or someone to come sort this stuff out, it is wearing on… Continue

I think I am the one who needs to go to training class. I think it should be called, new puppy owner class, cause we are the ones that need to know how to show our dogs what we want. I have been trying all kinds of things to teach Quin loose leash walking. She always pulls ahead and I keep the leash by my side and gently pull her back to my side. So she will walk beside me but gradually get faster and I have to pull the leash tight so she comes back. Well today as she was walking beside me, I… Continue

I'm sure this subject has come up before, but couldn't find what  you like best for stopping a puller. Holly is 4 1/2 months and I know a lot of it is puppy and being excited when she goes out for walks . We are fine after she settles down with just a plain nylon collar, but going to puppy obedience class or  being around other poeple or dogs---no way! I got the Sporn No Pull Harness and at first it seemed to work, but now she pulls like a husky in it. I know to release when she gives in and…

Yesterday was Noodles 6th birthday. He received a new set of rings because he plays tug-o-war so much. He also got a jumbone for dinner and a birthday card from his Grammy and Gramps with treats in it. Of course I made him his peanut butter birthday cake with cottage cheese and carrots on top. Hey, he loves it! The first picture is a nice one and he is smiling. In the 2nd picture, the hat was sliding off his head and he looks pretty upset about that. In the last picture, he was glad to be…

We drove back from Bakersfield, and Bento is officially home!  The drive back was uneventful.  He slept almost the entire way, and he didn't have any accidents.  Of course, as soon as he started to whine, we pulled over and let him out. Once we got home, he started to explore.

Aside from a few accidents (really need to get that Bissell Spotbot), totally our fault because we weren't paying attention, he's great at whining and looking at you in the face to show that he needs…

Took a video of Marcus playing around today, figured I'd share the cute with everyone here :-)

I've also started a blog for my boy: http://taleofmarcus.blogspot.com

Here is a pencil portrait I did of my Bartleby. I'm taking commissions if anyone is interested in getting their corgi or another pet done. This one still needs to be cleaned up a little bit. I can do pencil, pen, watercolor, pastels, or digital painting. Let me know if you're interested by replying or posting on my…

Recent vet visit made us realize how negligent we have been in taking care of Cookie's teeth.  Has anyone used a enzymatic spray for dog teeth? 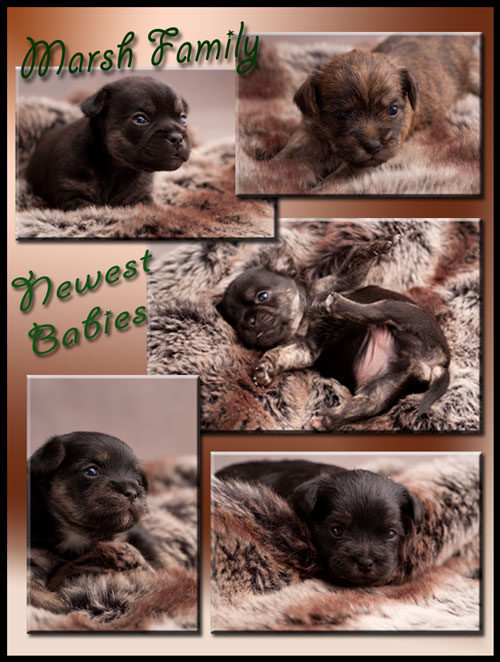 Not Corgies but beautiful little pups none-the-less.  These little girls and one guy were a real surprise.  They are the result of picking up a starving looking little stray on the street and an unsuccesful attempt to finding her origianal owners.  She was just skin and…

We went to the Lake Proctor beach today, and had the entire thing to ourselves.

We ate clay and decided it wasn't that great, tried on Winnie's Corgi Floatation Device, AKA the "Corgmarine," and learned that FRAPing on sand is 10 times more fun! The time is now!

After much researching and waiting, my husband and I will be heading down to pick up our corgi.  We'll spend the night at a hotel and then go to the breeder to bring Bento Box home the next morning.  We can't wait!!  All the work will culminate to a corgi puppy!

Well, Today is the day I move out of my small efficiency apartment.  I found a house for rent 7 miles from where my new job is, and my landlord's wife saw Scout's picture and already loves her!!!  So I will be going from barely enought space to walk around to a 3 bedroom house.  Guess that's 1 for me and 2 for the corgi.  Rent is less than I would have expected.  Yeah, utilities will be more, but I will make more than enough to cover it.

We have a big yard (shared but still a great… 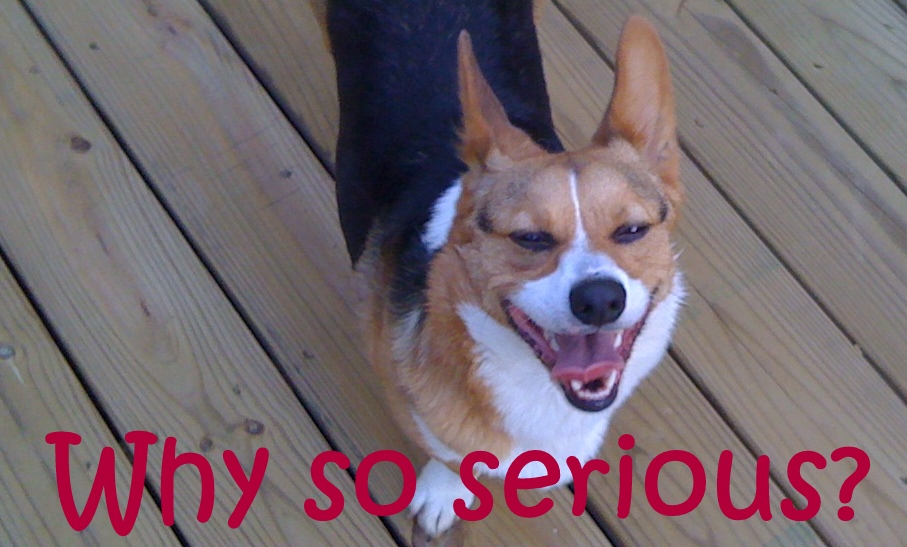 It has almost been a year since Baxter started agility. Last night we ran our very first course. It was 15 obstacles (2 tunnels, weaves, and 12 jumps.) After walking the course a couple times with the trainer, we were ready to give it a go. On our first try, we missed two jumps and Baxter missed the very start of the weaves (I think the numbers threw him off,) but on the plus side we successfully navigated a very tight lined jump. It was so much fun!!

It wasn't one I posted.  I was listening to my iPod on my way to work and I figured it out.  I just had to use it. 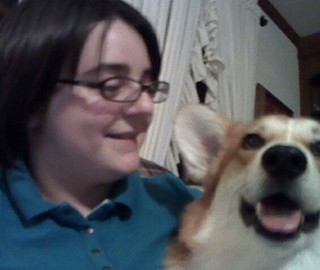 There's no combination of words I could put on the back of a postcard
No song that I could sing, but I…

In my observation, Quin will pick up new things very quickly if the motivation and the method  used are the correct ones.

If only all things were as easy to teach her as the ones she learns without any prompting by me:(

We live on two acres in the desert and some people let their dogs run or they get out or whatever the excuse is,  but if they come over to my house and up to my door Quin will bark just like if there is a coyote well maybe she barks more ferociously at the…

The breeder sent an email stating Bento is ready to come home this weekend.  Yeah!!  So excited. She sent more pictures too.  He's getting so big now!