Well, 2008 is nearly behind us.Moses and I will be ringing in the new year from Mexico. Camber is not with us. She´s staying with my mom and sister. Although I love Mexico, I am really missing my little lovey-face. According to my sister, Cam has been doing very well,compared with her last stay with them. She´s chilling on the bed with my mom, making friends with Fred, the cat, and is learning that despite the snow that may be on the ground, she still needs to do her business. I pick her up on… Continue

I thought I would take some time to write a quick update on Riley's surgery. He was still lame from time to time on his right leg while his left seemed to heal fine. My parents actually watched Riley for me during my finals week which was nice and allowed me to concentrate on studying.

The day of Riley's recheck I took him into the clinic early since I had the surgery done at MSU. That allowed me to help with a surgery in the food animal clinic while I was waiting for his appointment… Continue

Izzie is in Heat... I need advice!

Well, before people scold me for not getting her spayed, let me explain. I moved in September and had an appointment set up for Thanksgiving week back in Pittsburgh where my parents are and I was going to take the week off, drive down with Izzie and get it done on Tuesday of that week. Well, a few days before, the Vet calls to say that the doctors decided to take that week off. Ok, well I guess I will need to get the operation done up in NY sometime in the next month or so. Fast forward through… Continue

Ein is the Daily Puppy!

Ein was selected to be the Daily Puppy for Monday, December 29. You can check her out (after they've updated it) at http://www.dailypuppy.com. It is still showing up as Sunday's puppy as of this posting, but I'm sure it will be updated by morning. :)

I've finished reading The new complete pembroke welsh corgi, watched more than a few you tube videos, watched at least 100 hours of The Dog Whisperer and It's me or the Dog, and now I've moved on to movies.

I hope everyone had happy holidays!

As of late, Jack has been very, very aggressive towards his 'sister'. I'm talking about knock down, drag out fights! She can just look at him funny, and he snarls up like a small fluffy rat. We've tried everything from spanking with a rolled up newspaper, to locking him in his room for a time out. It gets even worse when his 'sister' gets near me, he just gets crazy. I've had to pull them apart several times in just the last two days! Jack even… Continue

Santa came! What Sidney and I got...

I hope you folks had a wonderful holiday! It was a nice Christmas here in San Diego.

Sidney's nametag was wearing off, so Santa brought him a new one, with the Bolt logo! It's very cool: 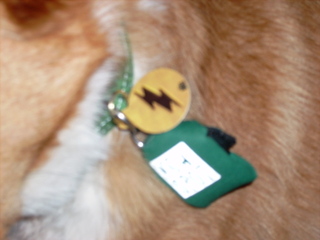 And way at the bottom of my stocking was a very pretty necklace with a pendant with a corgi on it. I kept trying to take a picture, but this is the best I could do. Naturally it looks best when lying up against Sidney!…

Christmas is over boo hoo

Well after opening a lot of cool new toys and eating special food for Christmas and having company it is back to kibbies and cheese for me. Mom and Dad both have the upper respiratory flu and are really boring. I had a cold too with a runny nose but I am all better.My sister Katie brought Lucy over today with homemade soup for mom and pop. She gave me a belly rub too. That was the best of the day....
happy new year to all my corgi buds!
Love,
Daisy

Ein has her own blog!

I finally got Ein's blog up and running. Her domain is http://www.einpuppy.com. The site is up and it has some content, but I need to make her a logo, and I need to finish updating to get to the present. :) I'm mostly keeping the blog to remind myself of how adorable she was/is as she grows. It's like a virtual scrapbook! She's already 12 weeks, and it seems like she's grown so much. :)

Are we past the honeymoon yet? Heck, no! I still absolutely adore this puppy!

So, in keeping with the theme of my last blog post, I just wanted to list a few lessons that Doris has taught me through the holidays. They're good for anyone who, like me, hasn't had a dog in a few years.

1. The golden tulle and hand-beaded Christmas tree skirt isn't as necessary to the holiday decor as I thought. Doris thought it made a fine fire hydrant. Or stump. Or general, all-purpose… Continue

Simply put, for every puppy or kitten who is deliberately produced by any breeder, a shelter animal dies. Producing animals for sale is a greedy and callous business in a world where there is a critical and chronic shortage of good homes for dogs, cats, and other animals.

I need your advice. We adopted Ein in July when he was 4 months old. He was neutered around the time that he was 6-7 months old and has been through 2 training classes. We adopted Ed in November when he was 1 year old. He had been neutered shortly before we adopted him. We haven't enrolled him in any training classes yet, but we are teaching him what we learned while teaching Ein.
Here's the problem, they fight a lot. I assume it is just because they are figuring out who is top dog, so I… Continue

We have a new member to our family. We are keeping my Grand dog Shelby now. She is a playful 5yr old girl. She is making herself right at home with Toby our 9 yr old boy and Lola our 8 yr old girl. She loves to give kisses (baths actually) and can do a few tricks.

My boss came in yesterday telling me that she was listening to NPR radio and they were talking about Obama and how his daughter wants to get a dog but she is allergic. Then a caller called up and said "I will tell you what dog NOT to get, Dont get her a CORGI, they shed and if your a first time dog owner you might be able to handle them, they can rambunctious and bossy. I thought this was funny, because I am always talking about Wyatt in the office, everything is CORGI talk! I kind of agree… Continue

I guess I won't be getting a roomba vaccuumany time soon.. Max and I wee at my mom's and she has a Roomba. Max being as nosy as he is found it.and put his paws on the top checking it out. Some how he turned it on. It started out after him. it seemed everywhere he went it followed. He finally ran behind my legs. I didn't know those little legs could move that fast. They were a complete blurr. We laughed our selves silly. We went over again Christmas eve and he gives it a wide berth. It really… Continue

Today we went to my sister's house. Gimli had a blast. He got to play all day with Maybeline, my sister's Yorkie. They played then slept then played some more. She even got him a new ball and a chew toy for Christmas. We all had a great time. Both babies got to have a special treat and taste a little turkey. Everyone just loved him especially Maybeline.
He gets to go and meet two other Corgis this weekend, Shorty and a new puppy. We are very excited and can't wait. He will also get to be… Continue

Well Chesneys first Christmas was pretty eventful. We went up to my mother in laws and her cousin was there with his Golden Retriever, Shadow, who is very friendly! Sometimes a little too friendly...lol. Anyway, as soon as Shadow walked in he went straight for Chesney to say hi to her and she freaked out and ran whimpering. It was sooo sad. But after some time she got used to him and started to play with him. It was so funny because she really doesn't understand that she is as little as she is.… Continue

Today is Harley's 1st Birthday. I can't wait to get home from work, so he can have his birthday cupcakes i made for him. The only thing is today is christmas and then its his birthday so he will get extra spoiled today. lol Before I left for work this morning he found his xmas stocking so he pulled out a bone and he was in heaven with it. Merry Christmas to all!!

Rosa is 2 monthes old and the love of my life.

Merry Christmas to all that Celebrate it! And Happy New Year! Hopefully mine will bring joy instead of sadness like this past year. Again thanks everyone for being there for me! Happy holidays! 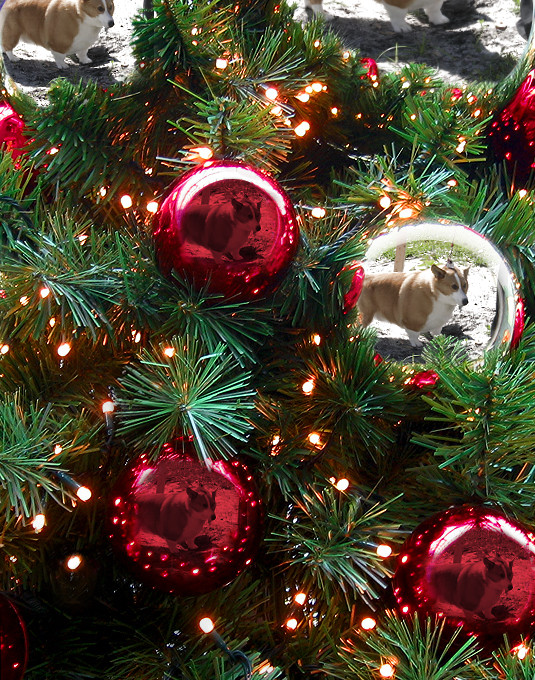 Merry Christmas to all that Celebrate it! And Happy New Year!

Hopefully mine will bring joy instead of sadness like this past year. Again thanks everyone for being there for me! Happy holidays! Continue