It has only been a few months since I brought this little fuzzy, hot dog-shaped bundle of joy (and trouble) home and it feels like he's been a part of the family forever already!

While he is well behaved most of the time, he has picked up a few vices (I blame my boyfriend's pit-shepherd mix), and one of them is. . . Dun dun dun! CHEWING. He has already gone through two or three pairs of shoes, a couch cushion, a comforter, a few spots in the rug, and the baseboards… Continue 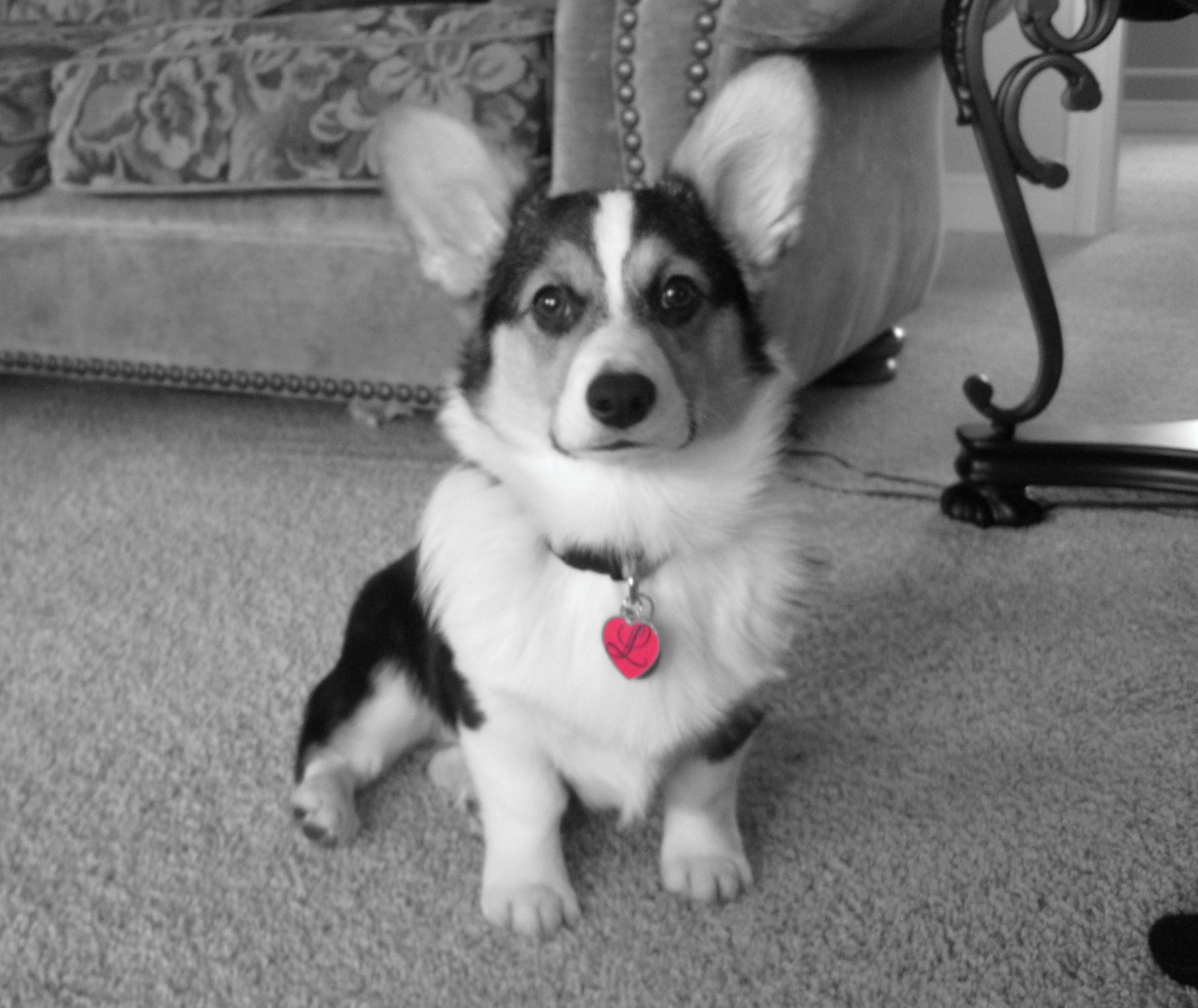 My baby girl is 1 year old today! You know how your mind takes a snapshot when something really important happens in your life? Well I cant remember what I had for breakfast this morning but I remember exactly where I was and what I was doing when I got the phone call telling me that my pup had been born. I remember the excitement I felt. When the pups turned 6 weeks old I drove 3 1/2 hours to go pick her out. I knew almost instantly which pup would… Continue

if anyone on mycorgi has a "miniature" corgi....

I volunteer at Portsmouth Humane Society in Portsmouth, VA. We have wonderful Corgi /Cow mix that is in 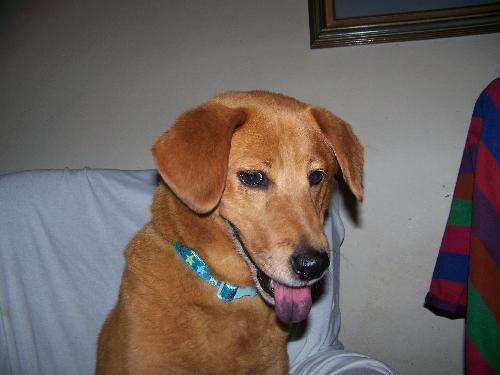 desperate need of a forever home or foster home. Unfortunately she has some issues with other female dogs and does not tolerate cats. She was my foster for a short time - she and my female dog got into a 3 horrible fights. Koni is a terrific people dog and loves to cuddle. I am frantic to locate another foster before her days are up. If anyone can… Continue

Yesterday I brought Callie to the vet to get her vaccines. I decided that we would walk there (it is only 5 blocks away). The walk went fine and Callie really enjoyed it. She wasn't a huge fan of having to sit in the small room and wait for the vet, but she was a brave little girl when she did get her shots. After we got home she rested and was happy to be home.
I had to leave for awhile because I was working, and when I got back Callie had made a mess in the bedroom. Runny poo all over… Continue

B is for Bark

Emma is going through quite the barking phase right now. She will bark for anything and everything. Her bone drops off the couch, she barks. Your attention is not 100% on her, she barks. I hug my husband and leave her out, she barks. She is bored, she barks. We're not certain what started it all because before this point she was a quiet puppy. Emma did start teething 3 weeks ago and that's about the time the barking began. No idea if they are related.

Paul and I plan to sign Emma up… Continue

Everyon has been so sweet and thoughtful. thank you sooo much. I was hard when Cowgirl died , We've had Rascal since birth. I never want another dog besides Corgi's.

We got Tucker in March - and he is 15 months old now. He has become a much more confident well-behaved dog over the past 6 months. He used to mark (inside and out), freak out when there were loud noises, make a scene at the vet, not even go outside in the yard without me coming, etc. He definitely wasn't all that confident or independent but yesterday I realized just how much progress he has made.

We started the day at the vet, he got examined, got a shot and got his nails clipped… Continue

or at least that's what mum and dad are saying. they're upset with me because of few little "incidents" that happened today. so mum really made me mad today. she used me! she told addie (my toddler big sis) that if she didn't straighten up and fly right that i would take her place in the car. mum and addie were supposed to go to grandma's house today and work on aunt rachelle's baby shower invitations. addie was being so bad! she wouldn't let mum change her smelly diaper or dress her. so mum… Continue

**Please contact: sierra3388@comcast.net (at comcast.net)
My sister, who is active in Airedale rescue, sent me this tonight. If anyone can help, please contact the person… Continue

Sorry to imform everyone that Rascal Flatts is in doggie heaven now with his mom Cowgirl. The vet said he was too far gone with kidney and liver failure cause by mice more than likley. Thank you all for you thoughts and prayers. Rascal will be miss oh so much.

Hey all! I just started a new group for Oregon state corgi lovers! It's of course called Oregon State Corgis! LOL Can't wait to meet all the corgi owners from Oregon!

Teagen Girl gets what she wants

Teagen girl is amazing in her quest for bones and toys always ending up with whatever the boys have =0
so Jordans laying in the middle of the floor, happily chewing away on his antler when Teagers decides she would like to chew on it to. So the dance begins and looks like this
1. direct approach...... mean growl back off.....
2. scooching forward making little wanna be my friend sounds, mean growl back off......
3. sit tall and brat bark at offender(jordan) till he… Continue

Didi and little Reagan are already fast on the way to becoming friends.
At first Didi was a little wary, and she's still a cautious. For the most part she gives Reagan a wide berth, but every once in awhile and come up and give him a sharp poke with her nose, do a play bow and then they go on a merry chase, mostly with the puppy chasing her, and her slowing down so he can just catch her and then springing away. It is very cute.
Now, I know that the puppy is 11 weeks old, but I must… Continue 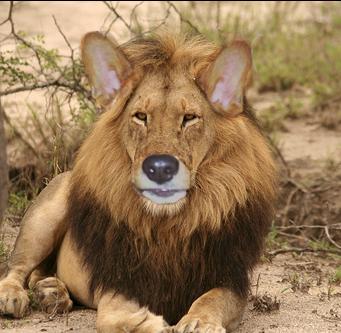 This is what happens with my life isint consumed with college. :)


I think this is how Dragster see's himself sometimes.. At least when he's around his momma.

At the end of July we got a 9 month old redheaded tri from the same breeder as Owain. We're still integrating her into a routine; her name is Gemma.

Well last night I got an emergency email from the trainer I work with. There was a corgi up in the Santa Clarita area that needed rescuing. It was being staked out in the backyard and had already been saved once by a neighbor from a coyote (head already in mouth!). Fortunately enough neighbors had made the owner's life miserable with… Continue

New Member of the Family!

After a long search, there's a new member to the C. clan.
I present you, Didi's new brother. 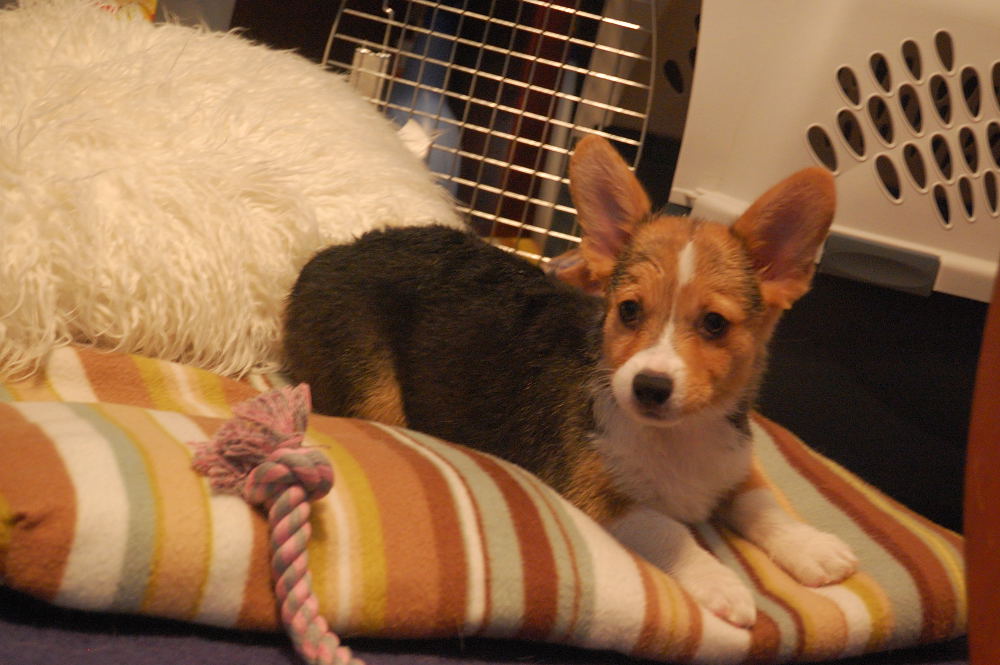 Look what I got

I treated myself to alittle something. I found a wonderful seller on etsy to custom paint my bunny butts on this purse for me!

After sitting up with her all night anxiously awaiting to see that first push that sends a heatwave of emotions and alertness that the time is near to see our first pup, she finally did so at 9:45 am!!! It was about time, darn it. At 10:28 am a little tri male with a wide white stripe down his face was presented. Layla being the first time mom kinda just sat there for a second bewildered what just happened and how the heck did that get there. LOL As I began to take command of the situation she… Continue

hello everyone sorry I have not been on here in awhile but I need prayers and experience....one of my corgis Rascal Flatts is very sick he is at the vet with an IV in him, just stopped eatin or drinkin then kept pukin very dehydrated now. they are gonna do xrays today on the stomach to c if he has stone?! please keep him in your hearts and prayers.