Today after getting back from class (I was gone maybe 3 hours) I noticed Callie was acting strange, she was trembling. I thought maybe she had to go potty so I let her outside. She did her business like normal, but just kept trembling. She then didn't even want to walk back to the building. So I picked her up and started walking her across the parking lot back to the building and she throws up. After that she started to perk up some, but within the next 30 minutes was back to shaking. She laid… Continue

So i haven't updated anything on my Kyrie in a while. She is about 9lbs now, knows a couple new tricks. Like Die, touch, down and sit :D. I am finding it a bit hard to train her because she isnt one for treats, so this is a first for me to be training with a toy reward versus food reward. but its getting better. :D she is wonderful, still a bit nippy when it comes to playing. but she is a pup & we are breaking her of that. But the Most wonderful thing i can say is that Kyrie & my son… Continue

I have started a Couch to 5k running program and I am brining Tucker along with me! I have never been much of a runner but I am determined to succeed at this and start running a few times a week. It is a 9 week program which gradually builds you up to running 5K. We live right near Valley Forge National Park with lots of great paved trails so we have been going there. I figure if Tucker starts the program with me he will build up his endurance along with me and will be a great running partner.… Continue

So that all of Merlin's stuff can be in one place!

PUPPY FOOD TO SMALL & In charge

September 25 through September 27 we attended the GSLAC (Greater St. Louis Agility Club) Agility trial in Glen Carbon, IL. This was Dudley's first full trial at his regular jump height. Before I'd always entered him in Preferred which has him jumping at 8". This time he was going to be jumping 12". There is a lot more competition in the 12" group so there wasn't going to be any "first by default" this weekend!

We've recently changed our game when it comes to agility. I felt like… Continue

OK, I know I posted this a few days ago, but I thought Miranda lost all of her competitions. Well she actually won. A HUGE trophy. She won "Best Sport". She was very nice to this Beagle who was having trouble in front of the judges. We gave him our cookies and he was extremely motivated after that. She was also so damn cute, so it is awesome. I think it funny, she doesn't always look like a cardi, but she sure acts like one. She is loyal and sweet and an absolute comedian.

What a wonderful day!

I had a great walk this morning with Tuesday! I'm not sure who enjoys our early morning walks more, me or her. Actually that's a lie. Seeing as how I rarely roll around in the dirt to pick up an exceptional smell, and I hardly ever get to sniff strange dogs rear ends anymore, I think she enjoys them a tad more :)

The point is I massively love our 7:30 AM walks. Right now it's Fall in Canada, and as our Fall only last 2 - 4 weeks, we need to make the most of it. I've never had a dog… Continue

Im looking for an inground dog post so my corgi can chill onthe yard and i wont worry about him leaving the lawn, we have no fence. I saw a product on tv once but i didnt write the name of it down, i assumed i would see the commercial agian! But havent. What I remember about the product. Its BRIGHT ORANGE, screws into the ground. Goes below the grass level so you can trip over it, and you can mow the lawn right over it. It has a retractable leash that comes out that you clip to your dogs… Continue


Another great meetup! Everyone had a lot of…

I've been looking into getting another puppy in the distant future (2-5 yrs). This time I wanted a show quality Aussie that I could show and hopefully use for breeding eventually. After looking through several breeders, I contacted one in New Mexico and got a chance to talk to her today. While on the phone she said she had the perfect puppy for what I wanted. She hasn't sold her yet because if I don't take her, she is going to keep her and breed her when she's old enough. I looked at her… Continue

Does your Corgi love the water?

Jack has always loved the water. He is thrilled to splash into any stream or puddle he can find. However, he won't go in past here: 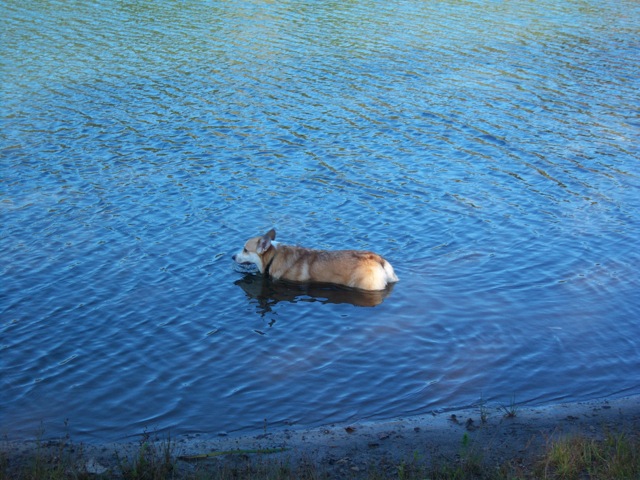 He knows how to swim but is reluctant to do so. Our own mistake, because despite the fact that we socialized him to all manner of things, we never took him somewhere where we could wade in the water with him and encourage him to swim. Admittedly, such places are… Continue

I Love taking pictures of the puppies. Its great when you actually catch somthing good besides all the sleeping positions! I tried to send this picture to the calender and will try to put it in this blog but I did somthing wrong and I dont think my camera is the right kind to blow up large pictures but is fun. Check out Dyllans page we have aded some new pictures...have fun hope to get some cute halloween pics.....

Update: Miranda won a prize after we left the competition for Best Sportsmanship. She got a big trophy and a certificate. We are so PROUD! I new she was a winner. She might not have the breed standard to a T, but she is all heart. And all corgi owners know that is their biggest attribute!

I have figured out how to post pictures on here. This is Morgan and Miranda after the big competition. Morgan won cutest puppy and walked away with some fabulous prizes. Miranda did not win any… Continue

My Domino is getting her winter coat so her under-layer, or whatever it is called, of fur is getting really thick. Due to this I have a lot of little grey and white hairs all over everything in my house! I brush her almost every other day and she still sheds like crazy! Any recommendations on what type of brush I should use to get more fuzz off of her at once and into the trash instead of on my clothes?

Mischa had to go to the vet today, third or fourth visit I think, for a shot. She was perfectly fine while we were in the office, but the minute we got home she started drooling like crazy. Grandma called the vet back to ask if it was normal, and they told us to come right back. So, we did. And as soon as we got into the parking lot, Mischa hurled doggy kibble all over the towel I was holding her with. She got a second shot, a pill and we were sent on our way. She's been a little off all day,… Continue

Chloe didn't land yet. :( It's raining here and that's probably why the flight is delayed. The person behind the counter said she will land 9:30 but wond be available till 10:00. The waiting sucks.

Bear Meets His Mom and His NEW SISTER~

If you've been following my posts, then you know I'm getting Bear a sister. Her parents are the same as Bear's. We went to see them today and pick which one we wanted. We picked this lovely sable girl. She's a little wet and muddy, it's been raining here for an entire week... 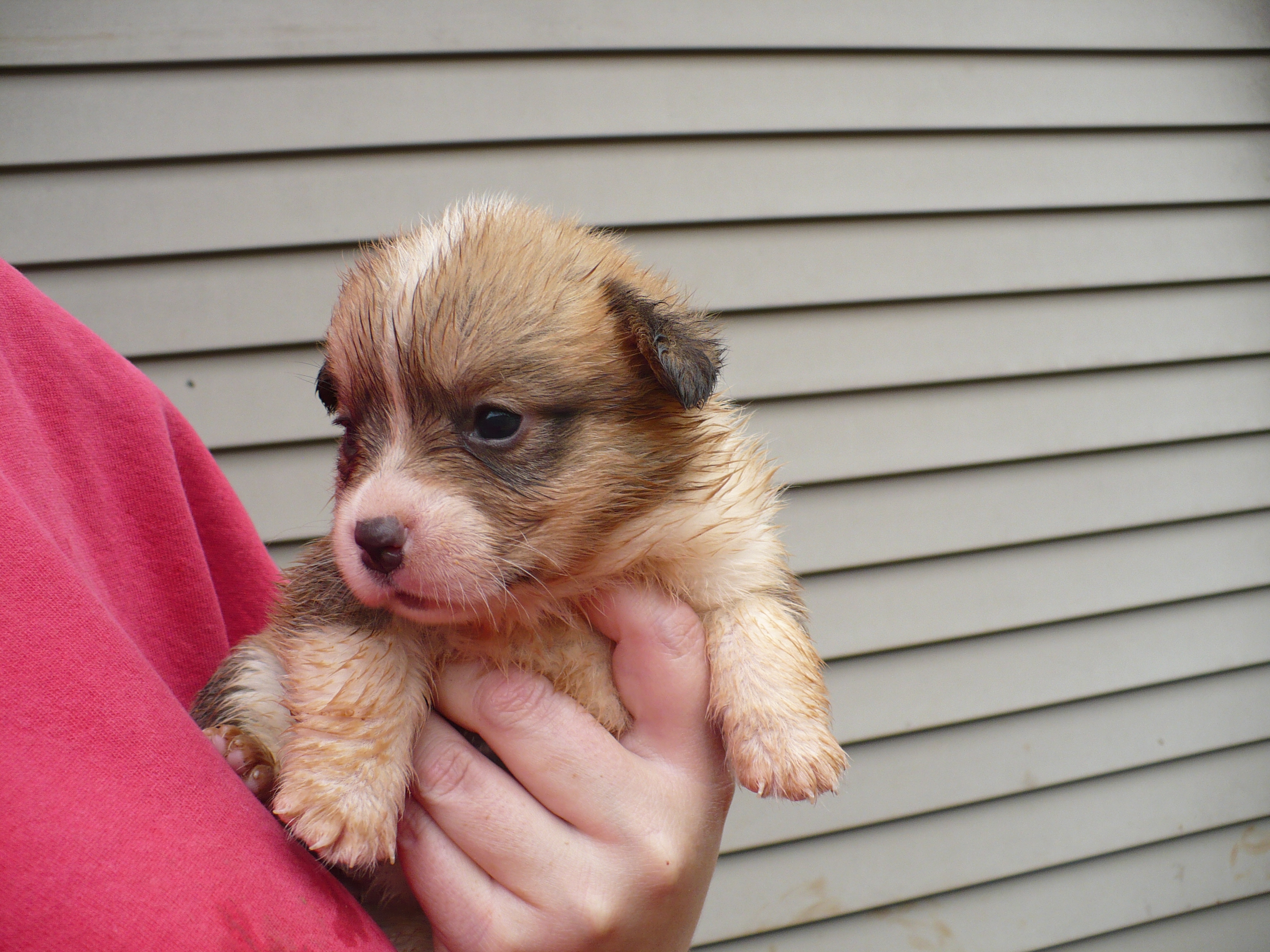 This is her in her Mom's food bowl: 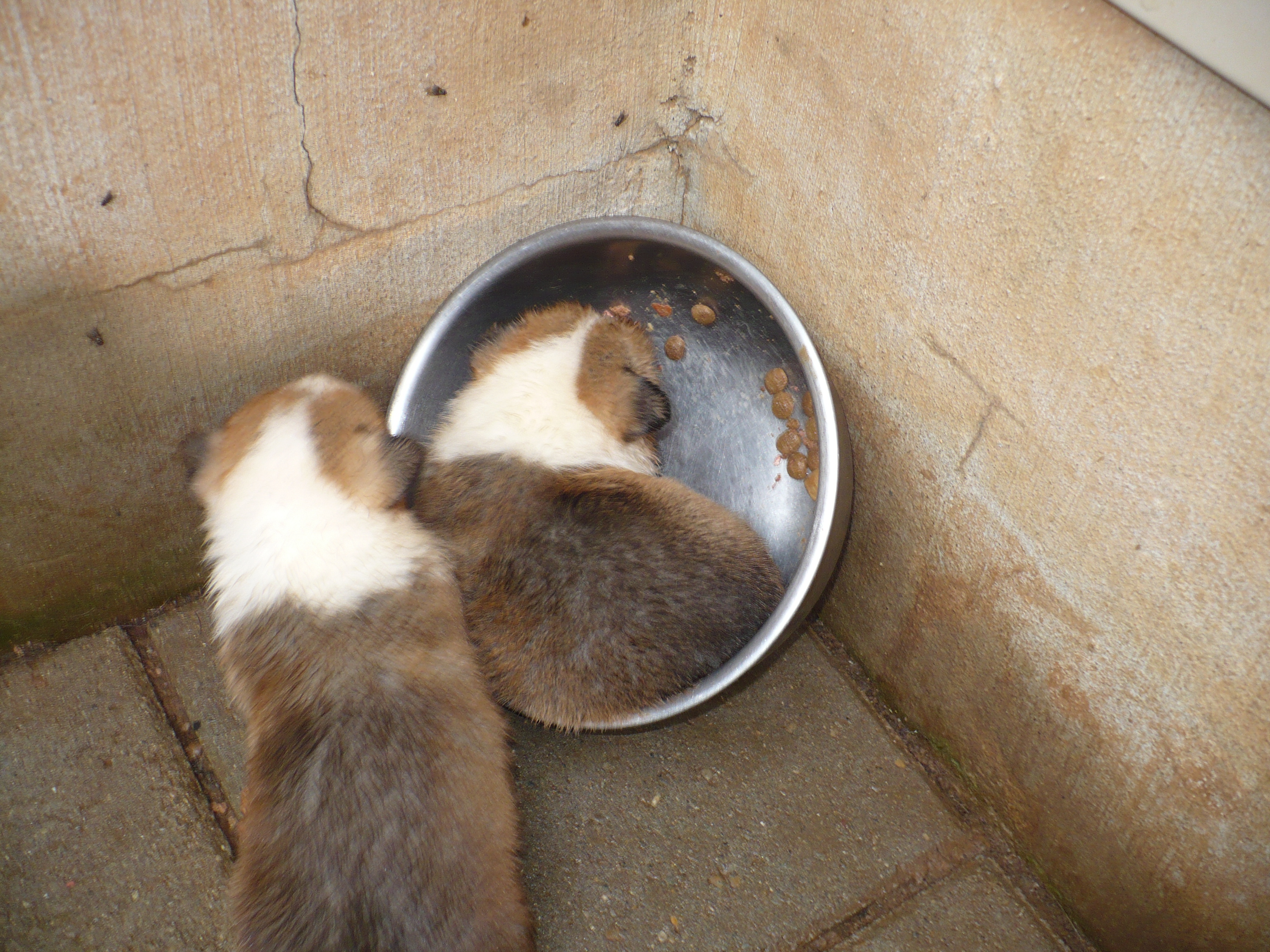 And here is Bear… Continue

There is a dog appreciation weekend in our town and during this weekend there are doggie events. I took Miranda and Morgan and Miranda got a bunch of stuff. Morgan won the cutest puppy contest and got a bunch of things including a blue ribbon that says "first prize." I am so proud! He is our cute corgi mutt we adopted 2 months ago. I have photos of his prizes and how beautiful he is. I just wanted to tell everyone and glote. As soon as I can get the photos up, I will. All the procedes go to… Continue