Happy New Year! And a hilarious Corgi New Year to you.

Hereabouts we're ringin' in the New Year with a big, soggy rainstorm. Cassie the Corgi, as we know, loathes and detests water, especially if it's inclined to get on her. Until this morning, it looked like Ruby the Corgi Pup was going to be the same way, presumably having learned her hydrophobia from her sort-of role model.

Ruby has learned to use the doggy door. Cassie still declines,… 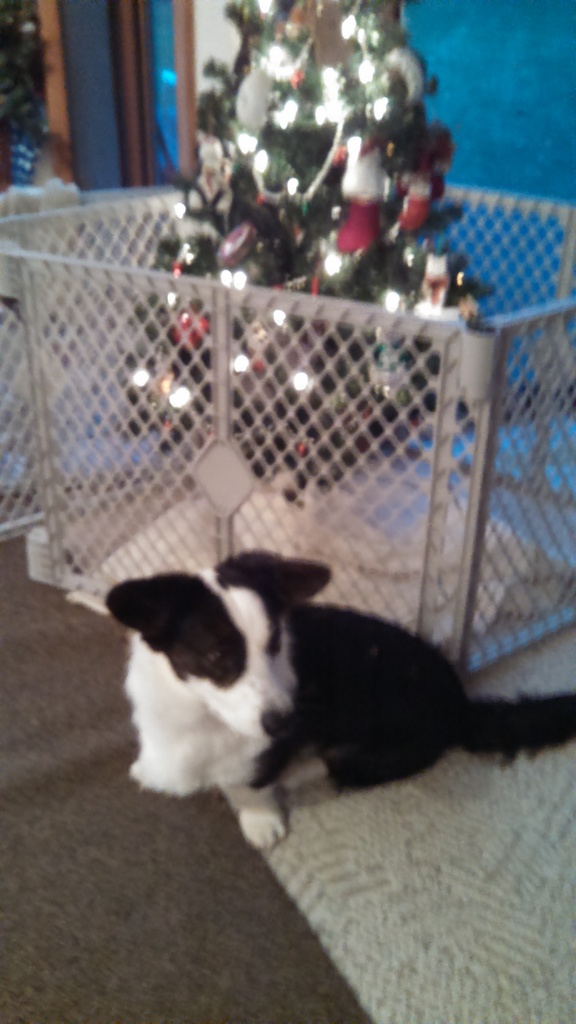 Watson is 11 months  now and such a joy! Unfortunately my Christmas tree has been quite a novelty for him. His fence we used when he was younger has come in handy. In spite of my battle with cancer I have continued with his training. A little slower than planned but he is a very happy go lucky guy so things are going well. He still makes us laugh regularly and is very… 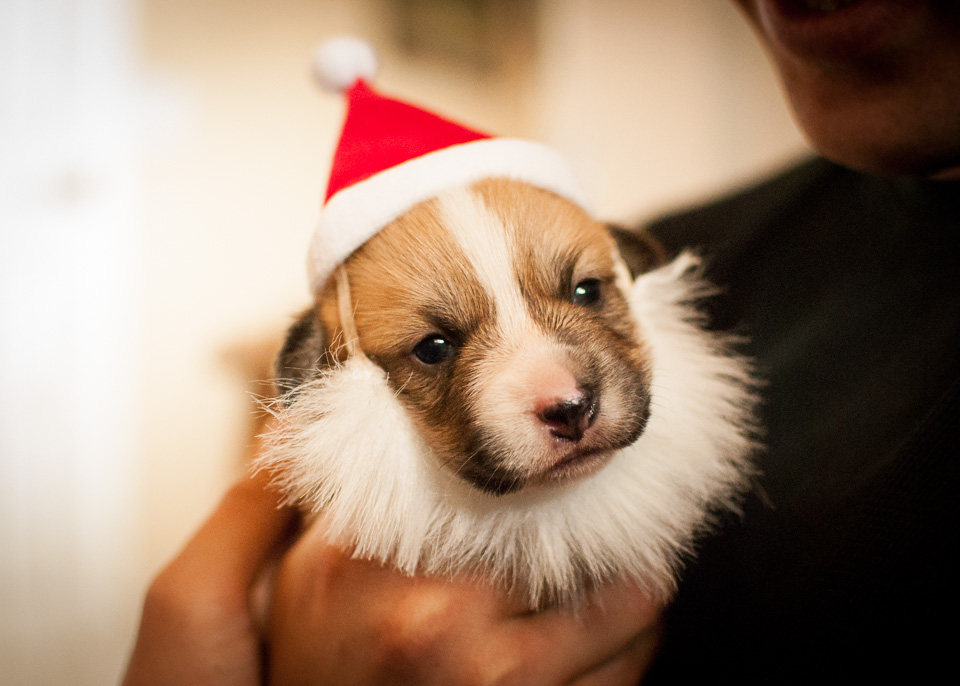 Well its been crazy thus far..

Went to see my Nugget on Sunday only to leave and have a sudden onset of flu like symptoms! The three hour car ride home was spent praying my throat wouldn't close. I know what youre thinking, and no, I don't believe that I'm…

Let There Be Treats on Earth, & Let it Begin with Meeeeee

I haven't been active enough on here lately, but I wanted to stop by with Shippo and wish everyone a very happy holidays! =)

Just wanted to send this along to wish everyone a very happy holiday!

So people say we're sentimental fools to imagine our dogs feel guilty when we catch them in some shenanigan and growl "baaaaad daaawg." These authorities claim that dogs cannot feel guilt, because, according the theory, dogs live in the moment and so don't connect what's happening now with what happened ten minutes ago or what may happen ten minutes hence. This implies that the dog brain is utterly devoid of anything resembling ethics, in the sense that humans understand that…

My 5 year old corgi started to be aggressive towards my other dog and bit him. He growls and snaps at him when we come home. Please help!!!

I just got an email from our local humane society president that they have a 3-4 year old male Corgi. I have no more info today but will find out more tomorrow and that the Corgi seems to be very nice. Anyone who knows of someone who might be interested please message me and I will be meeting him on Sunday to know more. The woman knows I found the last one they had a great home and so she would like me to find this one a great home also. No pictures yet but I'll get some on Sunday:) 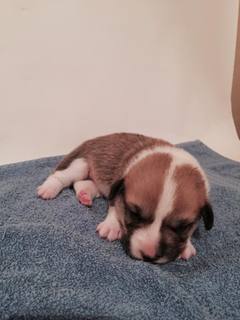 2) Meeting Nugget for the first time!

Today was a lot easier for me emotionally. New life is such a beautiful thing. I know my Gram is smiling down on me and I have to admit, it is nice having an angel. We are leaving on Monday out of Phoenix for a 10 day…

Just when it seems like everything is going wrong...

My beloved grandmother passed away this morning in the presence of her two daughters. Being out of state, this hit me pretty hard. I spent the day crying until my body hurt.  Until...

After 8 months of waiting, searching, longing, and many unsuccessful litters...against all…

We have to be so careful with older dogs

Oscar my beloved Corgi was lying in the dim light in between the formal dining room and the formal sitting room. I didn't see him and kicked him and he yelped we have noticed the last 2 days he has not been himself. Oscar is not limping Paul in a Registered Nurse and has had some experience with animals he gave him a thorough examination and  has said nothing is broken or fractured  he thinks it is muscular or he has some bruising. I feel terrible as I didn't see him and I would never do…

The above link is for an 8 year old corgi who needs a new home.  He is currently in Michigan if anyone can take him.

So I'm driving home from the gas station and the Target this morning. Cruise into the 'hood and see the new owners of the run-down rental on the north corner of MyStreet and Elm are working away at their renovation project. And as I'm snooping curiously to see what they've been up to over the past few days, what should I see limping up the alley but a coyote.

It's broad daylight, not the time of day coyotes come out and about. She's walking on three feet, holding her left foreleg up.…