Do you ever that feeling that: you clean you dog's home, pick up his or her yard, and keep is car running good?

It's so cute, Huey has now become our official paper shredder. Anytime we buy 12 packs of soda & leave the room we hear Huey tearing into them, or we if get any junk mail Huey shreds it. But Huey will not chew any of our personal belongings. 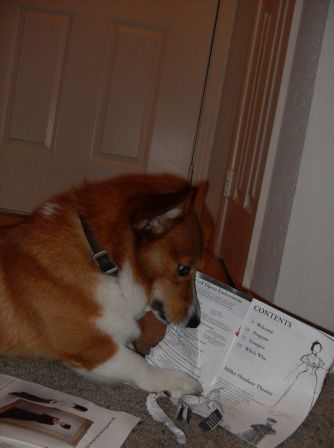 Thanks to all MYCORGI friends. 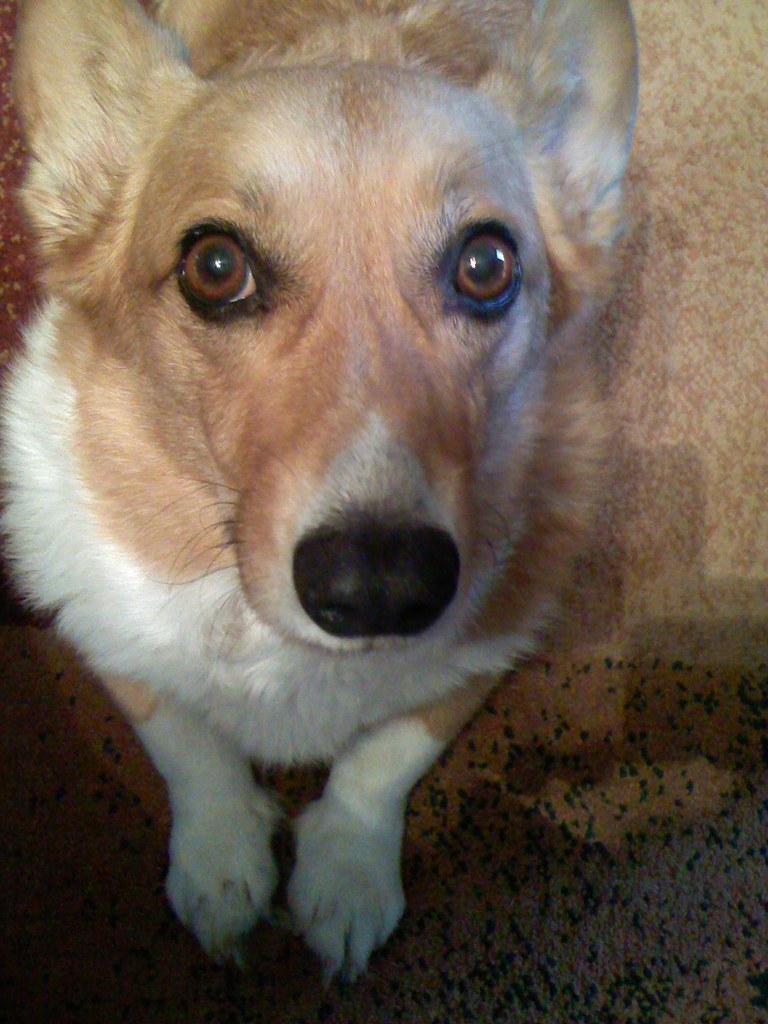 It really helps to have each one of your comments and I know Barney is in a better place with all of our lost corgi's. We have 2 beautiful corgi's in Heaven. Corki was 14 when she passed and little Christi was 6. It does help to have y'all there as we go through the grief of losing Barney. We had been treating him for Kidney failure since Oct 2010 with special prescription food… Continue

I had signed ruger up for the petsmart training classes they were suppose to start march 31 at 6:15pm for an hour every thursday for six weeks and we payed 110 dollars to sign him up for them we went to petsmart today the day befor classes are suppose to start and the trainer came up to me and told me that we were the only people who signed up for the class and that we would have to wait for the next class which would be april 20 well i didnt want to wait for a couple reasons one ruger well… 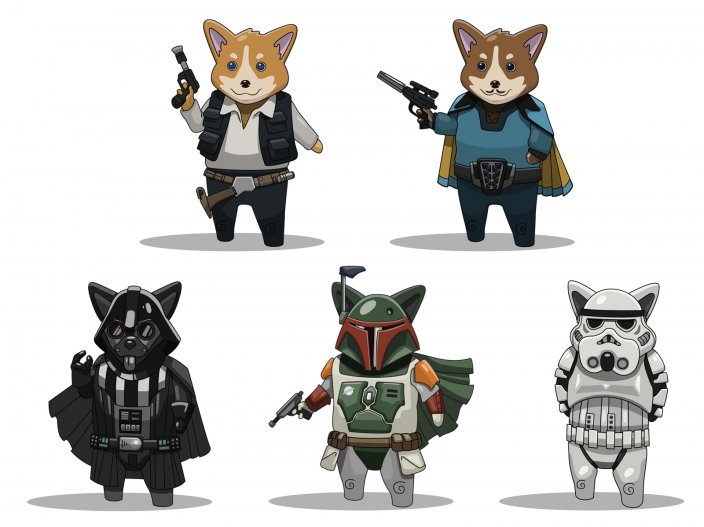 I love my cowboy cookout!! 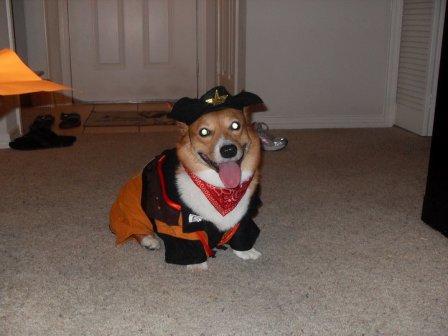 This is Huey Lewis Pruitt wearing his halloween costume for 2010. My husband & I were going to dress as prisoners since he runs the house....

Very sad today, We lost our precious little Barney yesterday morning after 12 wonderful years. My furkids are with me 24/7 and Barney went to work with me everyday-  We loved him so much! It's been a tough day but, I know we couldn't ask him to stay any longer with the pain he was in.  We did all we could and more but, his little soul was ready to rest.

I still have his brother, Andy (also 12) and will be giving him extra hugs.   Life is so precious!…

How to use my tax return??

I could buy some fancy electronic gadget...that would be outdated in 6 months...

I could buy some expensive clothing....... that would be corgi'fied in a few days...

I could buy some more doggie toys......that would sit in her box for a few months.

I could buy some school supplies........that would be piled in the stack of yet unused supplies.. 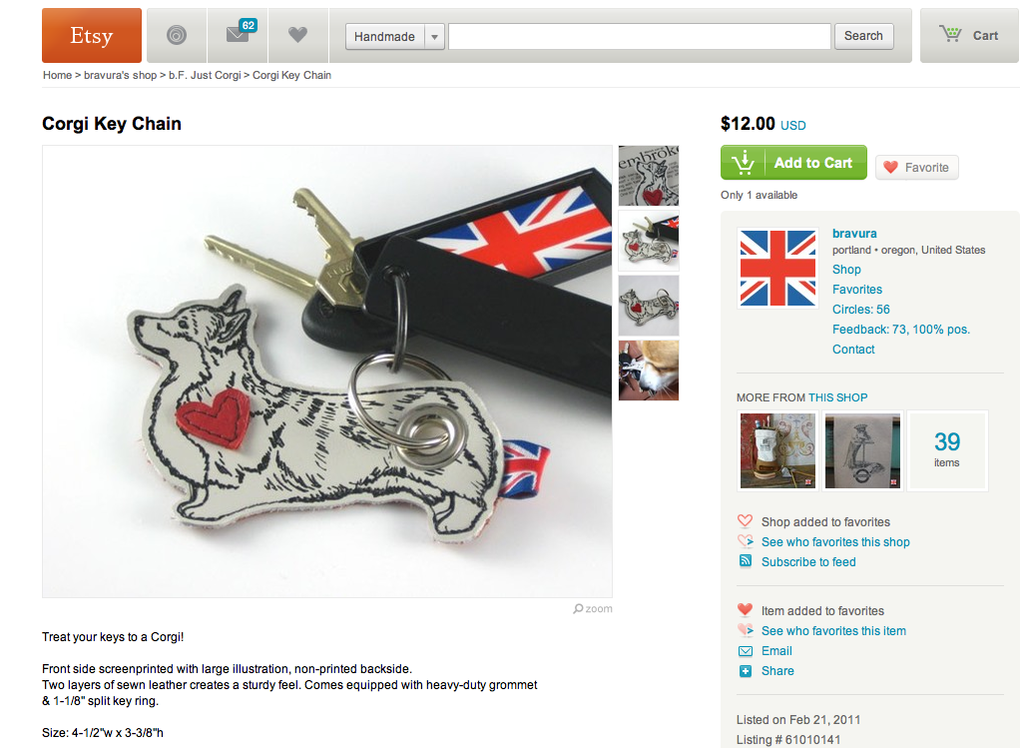 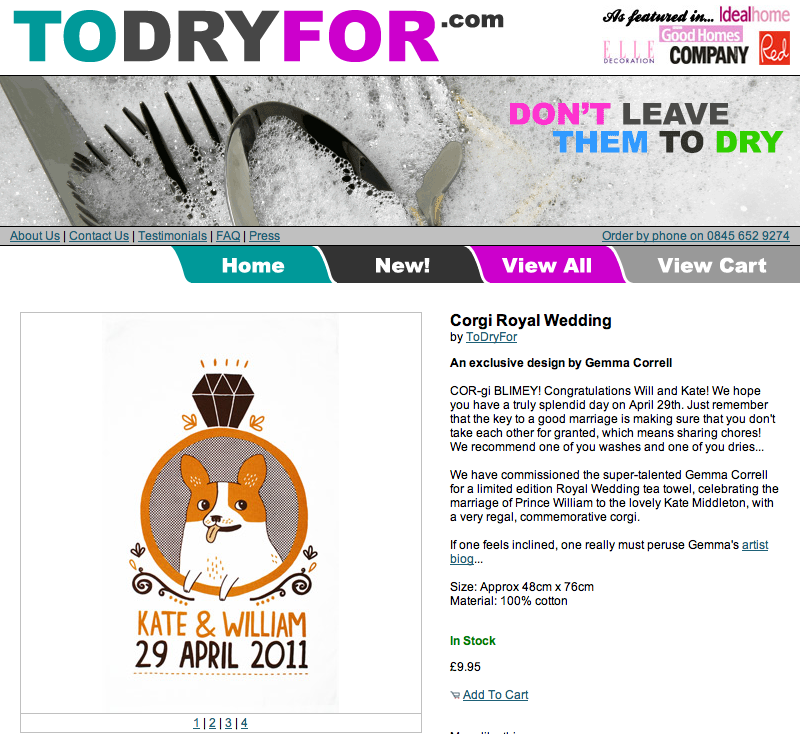 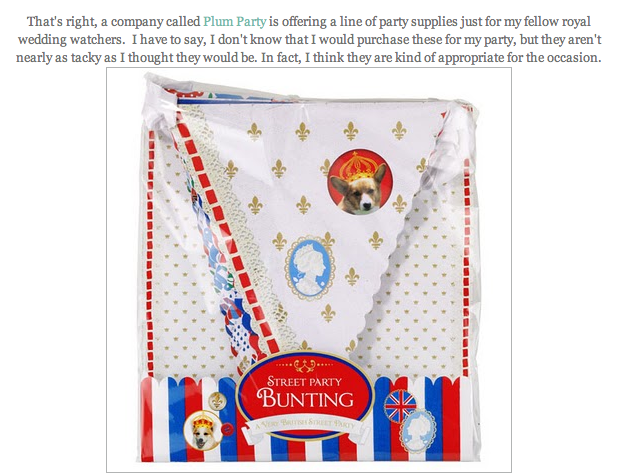 Just something for fun ;-)

I'm not a big sports fan but when I saw this, I couldn't resist and wanted to spread the word.

Corgis are in a match up against Pugs. Let's make sure Corgis make it to the final four!!

Last night Bugsy went over by where his leash and collar hang. He sat there & looked at me. Then at his leash, & added a stump waggle. Then back at me. "Please Mommy take me for a walk now? Please!"

Well, of course I took him out for a romp!

This was the 1st time ever he's done that. I was very proud that he's learning his "words" ;-)

When he just wants to go out, he sits by the door looking at it. He yips when he wants back in...

It's been so long since I…

And I am on Cloud 9! I am so proud of my awesome team. We went above and beyond and showed true corgi spirit. 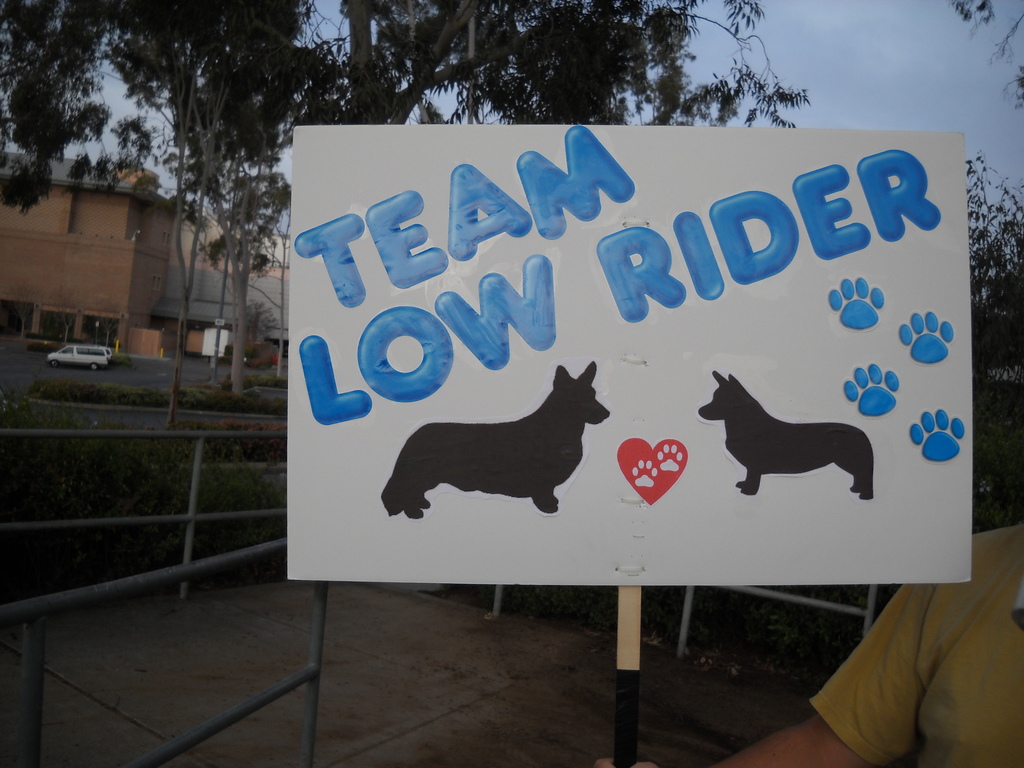 It was a beautiful day at Kit Carson Park in Escondido, CA. We had at least 20 corgis show up; it was a sight to behold with everyone in their purple bandanas.…

We were alerted by the vet at our first visit with LeeLoo that she wears her front nails down much lower than her back.  We basically have never cut her front-most nails on her feet while we have to cut her rear ones every few weeks.  This past weekend, she began bleeding through a cracked nail on one of the short nails.  Has anyone else encountered this?  She has worn this poor nail down to the quick.

We notice when she runs, she does apply a lot of pressure when her feet come down…

Sit, Lay Down, Up, Shake

Yes, the 4 first tricks, not only make me feel accomplished but I feel like he's learning so fast and growing so fast!  Not only has he doubled in size since we've gotten him, but Louie can now do 4 commands with ease.

Sit was the easiest, I just held a treat far behind his head until his butt went down.  Lay Down took a little longer, held the treat on the ground until he laid down.  Up was easy too, just held the treat above and in front of him and said up, it might not really be a…

Got my new 3DS this morning with my copy of Nintendogs and it is just awesome! Cute little 3D corgis with fluffy fur. They had red and whites, tri's, and whitelies; did not see any fluffys but they might have them, I don't know. I got a little red and white boy with a blaze and a collar and named him London. This is fun for me till I get my real pup. ^_^

Paws in the Park is tomorrow! Go Team Low Rider! The Paws in the Park Walk is tomorrow, so I will let you guys know how we did soon! As of right now, the corgis are doing great, holding first place. Keep fingers and paws crossed for us :)

We suddenly went up to 33 members! WooT! Corgis are…

Open your mouth and say "Ahh"! 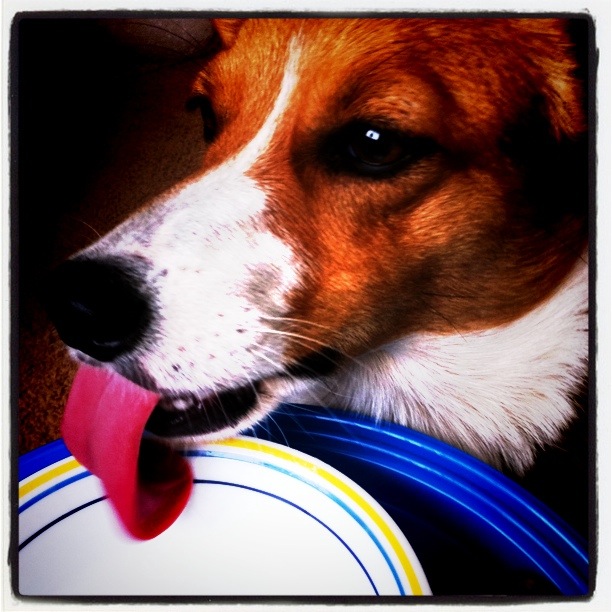 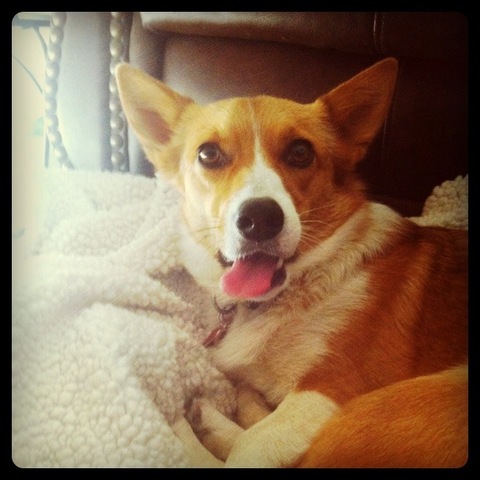 My Tegan has the longest tongue I have ever seen on a dog! I often wonder how she manages to keep it in her mouth without it lolling out to the side! Does… Continue

Well this isn't corgi-related, but we lost my family dog Patches on Friday.  He was almost 17 and we raised him from a puppy when I was in 3rd grade. He was my childhood companion and I can't believe he's gone.

When I was in 2nd grade I prayed to God for a dog. I knew it was almost impossible since my parents were totally against us getting a dog. But in September 1994, God put a stray puppy in our yard and added an unforgettable part of our family...thank you Patches for…