Well after a horrible weekend we are bring home the new arrival. On Saturday on our way to meet the hopeful new addition Stoli the 2.5 year old Bengal cat. My father, my corgi and i where rear ended. Just 2 blocks from our destination. So glad I got Adora my corgi a seatbelt harness, after the accident my boyfriend, Adora(my corgi) and I were in just 2 and a half…

So today i went to my Great Aunts house.. took Ace along.. he spent a good hour or two out in the car *with lots of water toys and fresh air breeze along with potty breaks* we were celebrating my great Uncle's 100th Birthday and my Grandpa's 85th... Ace was temprarily left in the car because of Lunch time then.. my 2nd cousin showed up with their Weimariner pup who was only 12 days older then Ace... they let the pup in the backyard and i asked if Ace could join him.. since it was ok'd out…

Eddy did his intro to herding class yesterday! The sheep totally stood up to Eddy and scared him! The sheep saw this tiny corgi come into the pen and knew he was a joke and they wouldn't budge. They were staring him down and stomping their hooves. It was pretty funny... so not much herding really happened. Eddy turned and started barking angrily at the instructor at one point, too... He was more focused on keeping his eye on her than the movement of the running sheep. So it was a stange…

Despite Doglando's last-minute requirement of proof of vaccinations, a chance of rain, and tornado warnings, we had 15 corgis show up!


There was definitely a learning experience this time, with Doglando emailing us around 3:30pm on the day before (a Saturday) to tell us that dogs would now have to have proof of vaccination for rabies, bordatella, and DHLPP to gain entry. Besides not being able to guarantee that we would get in touch with everyone, some members' vet's… 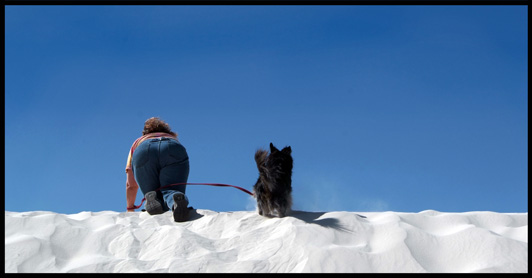 I posted the three preceding photographs on Bears page in an attempt to justify posting this one. Ya'll know, "How did he get up there on that dune"? Nice photograph, good contrast.

Has anyone seen or heard of a Corgi with Lupus? My Dash has had a flare up of redness, flaking , and white scabs all around his mouth and the bridge of his nose. He has been under two rounds of antibiotics and allergy medicine and does not seem to improve. The vet just ran a blood test for Lupus and we will not find out until Monday. Im so sad. He is just over a year and has been on Fluconazole for 7 months for his Valley Fever and now this.

Every day it's Rainy!

Well, after a long drive, Rainy is finally in her new home! She is doing pretty good, and has been sleeping all morning on the couch. She's met the cat, pooped in the yard, and had love and attention all morning and afternoon. It was a long drive and she kicked me out of my seat in the car for the whole 17 hours, but I'd do it all over again and again if I could! When the weather clears up, I'll have some pictures, but right now, I'll let her snooze!

Thanks go to Jane…

Well its been one week today since I brought Piper home! Pure joy and laughter totally describes what she has brought to our home. I had to leave and go to work out of town on Wednesday last week and totally found myself having Piper withdraw. My family was texting me about all of her puppy antics. I got home today and she ran to the top of the stairs wiggling her little but and hopping up and down. It was so nice to come home to I was afraid she forgot me but not a chance. She has been… Continue

One of today's LOLdogs...I swear this corgi is smiling.... 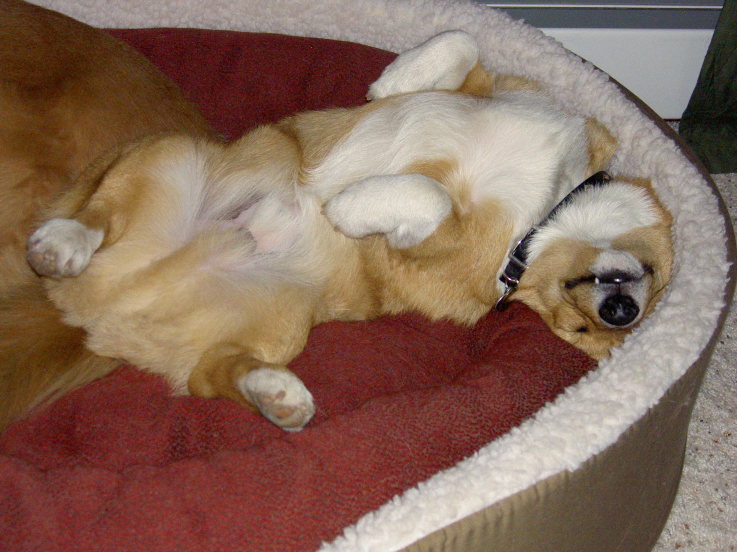 Wow, my first blog post ever...and what a surprise that it happens to be about one of my dogs. lol. well here I go: my corgi Dax has always been an itchy little boy, but this year has been worse that ever. He is constantly itchy, not just on certain days like last year, and i'm pretty sure that he's has airborne allergies. I've tried several different products to try to relieve his dry skin, everything from switching his food and adding salmon oil to… Continue

With my first dog I had a baby book for her (don't laugh) because she grew up so fast. I was having a lot of fun and it looked weird but it was a blast. My older sister saw it after and said 1. I should take up scrapbooking and 2. I need to learn to do it correctly.

So Miranda has a baby book and after she was a year old she had a scrap book made of her adventures. Morgan is now at least a year old (being a shelter dog has its draw backs, I have no idea when he was born) and I…

Tomorrow I'm taking Eddy to a herding class to experiment herding sheep and ducks. He's never taken any sort of obedience training or puppy class or anything before. I guess we'll just see if he enjoys it and go from there... The proprietor said her method is really for independent-minded dogs who work well on their own without reinforcement. Sounds exactly like Eddy! Another corgi-owner I know went to the herding thing and didn't like it. She didn't like how independent the dog's job was,…

K9 Advantix or Frontline Plus

I just bought 12pk of K9 advantix from pet-med because i heard they repel and kill ticks, lices, fleas, bitting flies, and mosqitoes. I applied it on Romeo yesturday afternoon and so far so good. But the areas where I applied his hair is wet and greasy looking. Now its making me wonder if i put it correctly. Also I just found out that many dogs got side effects from it K9Advantix. T__T

I was wondering if anybody who uses K9 can explain what…

We are currently in production on and seeking stories for Season Three of DOGS 101, a series for Animal Planet. DOGS 101 is the television encyclopedia of dog breeds.… Continue

Preparing to move to Louisville, KY in just a month! If you are familiar with the area please help us by suggesting places to live. We could really use the help. We are going down there in 1.5wks.

Hello, I'm new on this site. I work at the Mobile County Animal Shelter in Mobile, AL. We have a couple of Corgi's here at the shelter that are in need of forever homes. I can post pics if anyone is interested. Our shelter is full and we are an euthanasia facility. We need help getting our babies out of here!! If you are interested in helping or know anyone that is willing to help us please contact me asap. Thank you!!

CGC and Rally-O Brags for Ashton (and LaVerne!)

This past weekend was absolutely amazing for Ashton! On Friday night he took his Canine Good Citizen test and passed with flying colors! This was even more impressive since right before the test the Collie club had just finished their Speciality and there were still little bits of bait on the floor. Even with tasty little nuggets around the ring he stayed focused enough to pass. Adding to my stress was during the last minute or so of his 3 minutes of being left alone with a stranger some lost… Continue

So... in amusement a few months ago we gave Ace an icecube.. now it has become a daily ritual... though now... he bobs for them... which will come into HIGH amusement and... wet kitchen floors this summer when my dad loads the water bucket with them... Im trying to teach him to eat the one he has but he tries pulling them all out which inturns makes for a wet kitchen so i get to mop it up afterwards... its fun... and he is a heavy chewer right now so i guess better wet floor then destroyed…

Caju will get a little sister!

Oh my, it's been forever I don't log on here. Today I have great news: our Caju is going to get a little sister and she will be her full sister, from the same corgi mom and dad. She is a week old now and we'll get her on her eight week. Caju is a tri-color and her sister is… Continue

We recently lost my dear cat Alice after almost 17 years of companionship. I wasn't sure if I'd want another cat at first, but we soon realized how much we missed having a kitty in the house.

I was at PetSmart and spied a kitten who seemed promising.

She was right at the front of the cage, looking around at everything and… Continue