The Ein and Phoenix have been through some pretty intense remediation in obedience training and it seems that they've gotten over the very nasty phase of fighting. They still get into little tiffs every now and then but they seem to be working it out like normal dogs. Over Thanksgiving they had a lot of exercise at my parents farm and bonding time for them to work as a team. Mostly to try and chase cows and kitties. It's their job; grandma can't really get mad.

When we got back… Continue 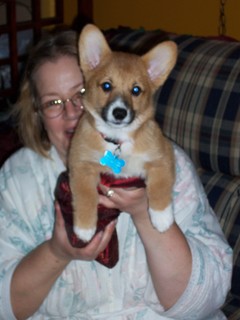 Ben is 11weeks old now. Turns out he is a male but has hypospadias ( his urethra comes out below his anus). When he is 6 months old they will be more concerned about his undescended testicles and may need surgery for that only. Ben is a real charmer. He loves to play to the dismay of Toby and Lola who spend most of their time trying to get away from him. He is working on his potty training. He loves to CHEW!!!!!!!!!!!!! No matter how many toys, he… Continue

We had a big Thanksgiving weekend! We attend a 3 day agility trial in St. Louis every year and this if the first year Dudley has been with us so he got to go and watch Taffy run. Taffy had a pretty good weekend. This was our first time competing in Open plus she hadn't trained much so it was just a "fun run" weekend. We got to see our friends, have some good food and good times. I'll be posting a video that will probably be one of the funnier agility videos. I'm labeling it "Taffy the Ham".… Continue

This I have been told, because it happened long before I was born:

Petra had a very nice and intelligent bitch, Sunga. She got Sunga when she lived in the USA. Sunga was a mix of Australian Cattledog and German Shepherd,

When Petra returned to Sweden, Sunga came along. 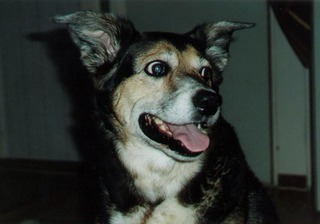 Sunga had a habit of collecting lost cats and dogs and bring them home with her. One day she brought a German Shepherd home. Petra found the…

When I was a little puppy I had big "bodyguard". He was a German Shepherd called Maxen. Sadly enough he became very ill and passed away a year and a half ago. Then he was nine years old.

He was rescued by Petra from a bad family when he was three years old, and he was very grateful for it. And as long as he lived he watched over his Cardigan family - first Frodo and then Saga and me as well. He loved my daddy Frodo as though he was his son.

Here we are, my bodyguard and…

Corgi Fun Day photos are up in my photo album. I have more I will try to add later. It was a GREAT time. Even if Hedy and Grandma Annie still don't like each other.

The weather was absolutely wonderful. We couldn't have asked for a better day. Warm and Sunny.

Plenty of Corgis. Mostly Pems, but a couple Cardis made an appearance. Even one little Beagle puppy. He sure got some attention.

Before you knew it, it was time to go home.

Wasabi went on another epic adventure!!! The corgis go on a mission to find their friend Tank, who was dog-knapped by the evil snow queen corgi! Read to find out what happens. This episode features Fafner, Caya, Rodney, Moe, and Tank! It's a 3 part series~

I am in St. Louis and do Corgi Rescue. See the PSC group. I work with the Lake Shore Corgi Rescue Group. We have unfortunatley lost out transport person in the Northern Chicago area. If you or anyone that you know with some dog knowledge would be interested in helping us with transport, please email me or post and I will email you. We usually move dogs from the Northern Chicago area to Wisconsin. We call these "legs" and they are usually about two hours. We cannot pay for gasoline, but the…

Corgi Fun Day was a great success! We had lots of fun games including races, great food, and a costume contest. Gabe will be posting a few photos. Thanks to all who attended. Linda Moore

Ein and Phoenix have still been fighting like crazy.

Two weeks ago we had dog behavior people come out to the house and evaluate our situation. Then last week we went to their facility where they stayed while I went to work. They were confused because of several reasons:

I am happy to be a member of MyCorgi.com. I look forward to making and meeting new corgi friends. I blog my new corgi works. Please visit my RSS feed below on the bottom left. This is an up to date b…

I am happy to be a member of MyCorgi.com. I look forward to making and meeting new corgi friends.

I blog my new corgi works. Please visit my RSS feed below on the bottom left. This is an up to date blog feed for my original pieces for sale.

I offer my corgi artwork on shirts, tiles and gifts on Cafepress. Please visit my website for details. PWC art website

Hey guys! Here's the 6 min video of our Corgi Picnic in Melbourne, Florida. The party was hosted by our member Betty Bost, it was a success and we raised over $1K for CorgiAid. I was able to meet the maker of the "corgi bed", he custom make them with color, size...etc. You'll see a few seconds of the bed in the video. I was also able to meet Bill and his 3 fluffies! All 3 of them have different type of hair and they're just adorable… Continue

What a busy day today! I got up at what we affectionately call "oh-dark-thirty" and went for my regularly scheduled Saturday morning long run (14 miles this week). I had to run at a fairly good pace because Dudley had his first post surgery herding lesson scheduled at 11:30 am. My run started at 6 and I live almost an hour away from where we were meeting to run so I needed to finish my mileage in under 3 hours. For you runners out there I know that's a pretty slow pace, but I'm normally a 10… Continue

I meant to enter this several days ago, but my busy boy has kept me hopping the last few days. Dudley has been given the A-OK from the vet. I took Dudley to the vets office on Monday to have him checked out. Dudley was so much better than I wanted to have him checked out to see if he could resume "normal" activities. Our vet says that Dudley has good muscle mass and his legs are symetrical in mass. She gave him a thorough examination and watched him walk and run. She said that if she didn't… Continue

I was watching BBC News last nite and they did a segment on this, guess what? You can find them in France, Taiwan, Japan and USA already. Have anyone seen one of these in… Continue

Betty Bost (our member) is going to host a corgi picnic this Saturday that benefit "Corgiaid"in Melbourne, Florida. 100 Corgis are expected to attend, I already know some of you who are on the RSVP list, so feel free to stop me and say "Hi, I will be very easy to spot, typical Asian guy with a video camera running around :) Contact Betty if you have any questions… Continue 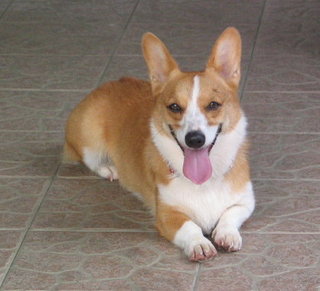 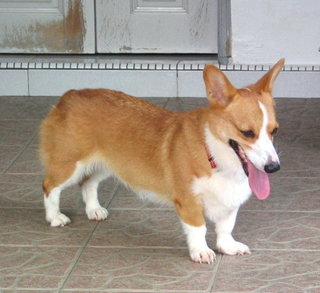