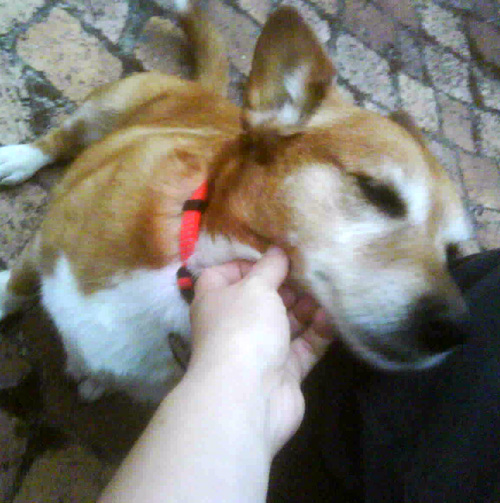 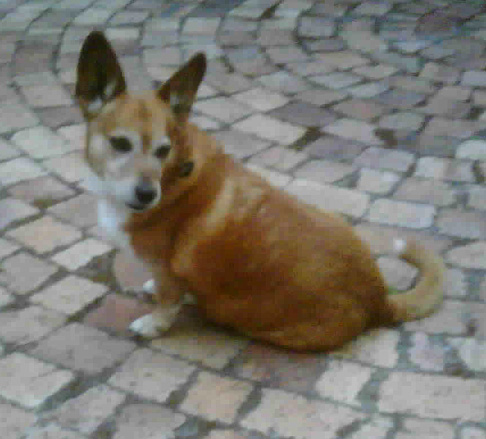 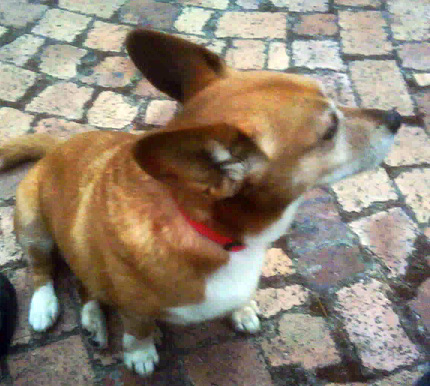 She IS a little bit tubby… 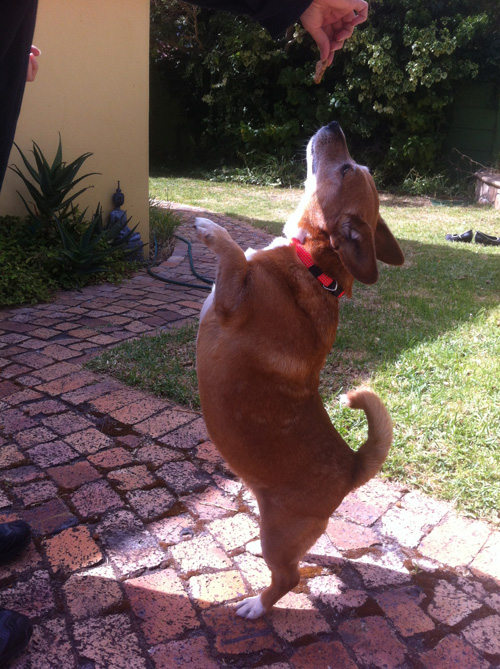 Molly has done amazingly the last week! I'm so proud of her!

She had her first large family gathering and she behaved perfectly! Not all of the family was there, it was just adults, so she hasn't had any interaction with children yet. But for thanksgiving we took all of the family dogs to the dog park! Molly had such a great time playing with all of them and exploring all over the park. She also got to play with another herding dog! Mini the border collie was very curious like Molly,… Continue

Hello, My cousin is currently on the lookout to rescue a corgi, she would prefer a Cardigan but she knows about both breeds and would love to have both. Does any one know of a Cardigan Rescue group in MI? Any help would be appreciated! Thanks.

To raise a well balanced puppy... I realize takes a LOT of patiences and disciplining. Just this morning, MOMO has already been put into time out TWICE and he's only been up for 1.5 hours.

But as all the trainers I have watched and learned from all have stated (in one way or another),…

Jake is loosing fur and has skin issues. He is on thyroid medication and checks out fine. We give him brewers yeast as well as a special oil additive to his food. We shampoo with oatmeal and aloe. We do not want to go thru a battery of testing since he is 15. No changes otherwise. This has been going on about 8 months and he has had two rounds of antibiotics as well as a shot which seems to have lasted the longest.  Any help and guidance would be greatly appreciated.

So almost 2 months ago we had a family emergency and had to leave minnesota. We had to rush by train and had to leave pickles behind with a baby sitter (fellow corgi lover) until we could fly him home. We have been trying to fly him out but the airlines will not do it because the weather is too cold for animal cargo. It's breaking my heart as he is my best friend and my therapy dog as well.

Well, I am now on a tentative waiting list for a corgi!  Tentative because I am not sure if I am getting one from this particular litter.  I will eventually get one from this breeder though!  Since I am on the list, I can get picture updates and know when the puppies arrive.  They are due early January.

They only have two female corgis (and one is too young to breed yet) and they breed for temperament and conformation.  They also breed Aussies.

They do not show, but the dogs…

Molly is making decent progress with getting used to life at my apartment, we haven't had an accident in 3 days! She also knows how to sit now :) she picked it up in 2 tries. Yay Molly!

We took Molly and savannah to my boyfriends grandparents so Molly could meet their 11 month old husky! Molly, savannah, and shanook the husky had a blast running around the back yard for about 2 hours with overprotective mommies stopping them every so often to drink water and a round of treats for the… Continue

Cute corgi necklaces, just in time for the holidays!

I found these on Etsy! 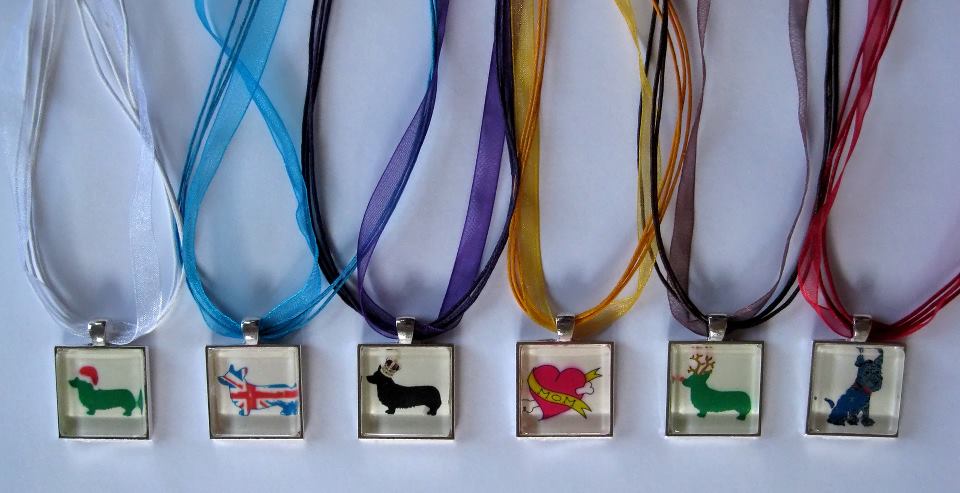 Here is the link to her shop:

Rubber ducky i love you!

Hi fellow corgi owners. I have a 6 yr old pembroke female who is currently running the entire household and has become very territorial with me. I also have 5 cats and at any time they try to get near me she chases and sometimes attacks them so they cannot get near me. She even gets upset when my husband gets near me. I don't know what to do. I don't want her to hurt one of the cats. Any advice? Thank you, Kelly

how many families can eat six turkeys in six days…

Molly has been amazing :) she slept through the night and didn't wake us up at all! And she didn't potty in her cage. My boyfriend and I stay up late and sleep in, so we took her out a bit before bed, then put her in her cage to let her wind down for the long day. We went to bed around 2am and woke up at 10 am to no accidents. The only reason I woke up was because I had to use the restroom. I took her out to potty and it took her only a few seconds to do her business and move on. After I fed… Continue

Molly came home with us today! It has been a day full of firsts for her, she went on her first long car ride, went to the pet store, got her first collar, started walking on her leash, and played with her first toy. I'm so excited to have her home finally, she and Savannah are getting along amazingly! When we first introduced them we had both outside and away from any of Savannah's potty spots and the two hit it off. Savannah is a grumpy old dog, but for the first time in ages, we got to see… Continue

Star had her litter on Friday and it was 5 boys, 1 girl, and we’re getting a little boy puppy!!!  We are finalizing puppy names (shhhhh!!! it's a seekrit!) and now we know we're going for a boy puppy name!!! This is the sire, Andrew: