Just after a weekend of rest (a much much MUCH needed rest at that!) Baxter and I were back out competing at another trial. This trial was closer to home, but the travel to and from was very taxing. We are definitely learning a lot when it comes to which trials to chose in the future!

I was going to wait until I picked up Baby Mavvy to post more pictures, but I got more from the breeder and just had to share. 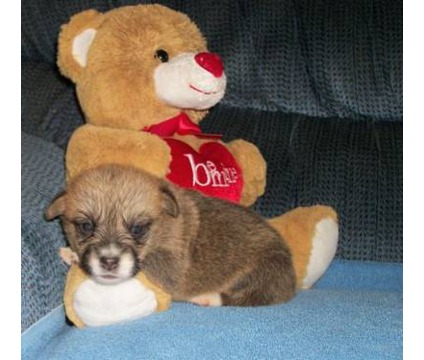 UPDATE: I am sad to let you guys know that when my boyfriend called the owner so we can get her as planned once my bf got out of work, he told us that his roommate gave her away while he was at school without his permission. We were so upset, and felt like we were too late on the draw.  I was getting excited just thinking about having two corgis to look after. I feel like we may have failed this poor girl. I hope that whoever has her now will take good care of her. I just wish it was…

So, during Ein's recovery period from her spay surgery, I knew we might have some trouble with getting her to go the bathroom in the yard, but if she had no where else to go, she had no choice, right? And of course she held it and held it and held it. One call to the vet had a vet tech telling me that it would be okay to drive her to the park where she will do her business. So I did that for a couple days. Then I noticed her spay incision seemed open. I don't know if it was from licking or…

The pups are 5 weeks old now and nearly ready to go to their forever homes and I'm hoping that all you Corgi lovers out there can help me. For my own penance I will tell you what I had been thinking... and why I now need some help from all of you.

Well we are moving

We are moving in the hot summer of Utah, and he found his solution to all the heat. Simply sleep next to the A/C 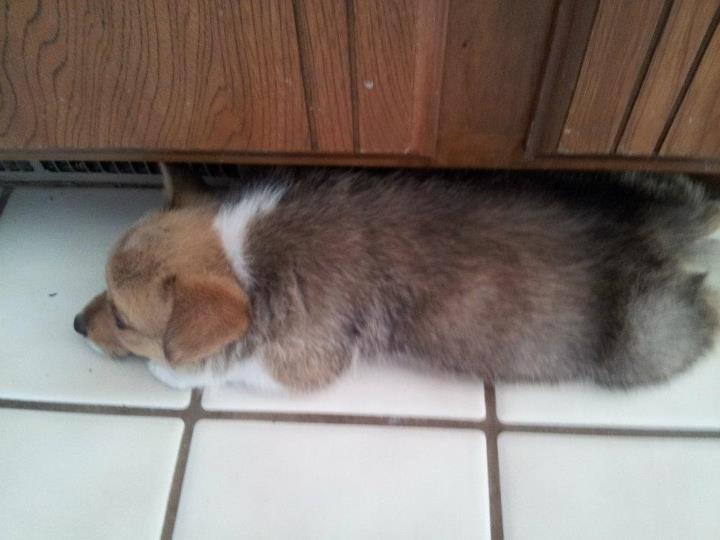 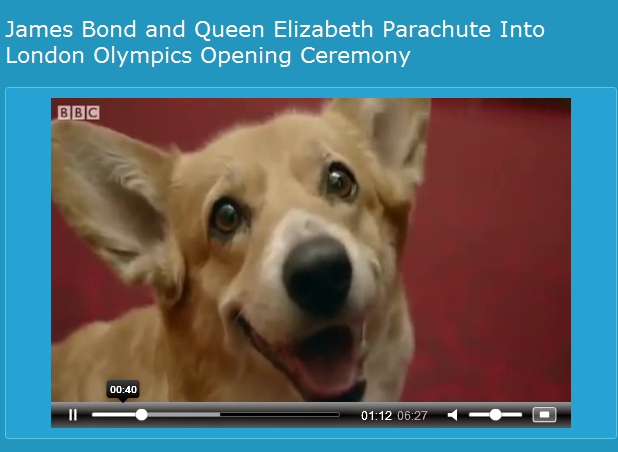 Ralph is a big boy, but gosh, do thunderstorms scare the pants off of him! Upon hearing a peal of thunder the other day, he leapt up on the chaise longue and practically sat on my face, trembling like a little (okay, giant) leaf. Poor little (big) guy!

Who watched the O

I'm at the end of the first week of having Commissioner Gordon. He is perhaps the most well-behaved puppy I've met (here's hoping I don't jinx myself, haha) Potty training as been a breeze, we've only had two accidents so far. Even in the short span of time I've had him, he's grown a noticeable amount and one of his ears has perked up.

Gordon's only flaw is perhaps his utter fearlessness. He has a gut-wrenching tendency to attempt kamikaze jumps when he is riled up after a…

Camden vs Bella (the David & Goliath of the dog park)

Since I live in an apartment (and it has been so hot- stupid drought), I regularly take Camden to the local dog park in the evenings. This particular evening, Camden & I stayed on the little dog area of the park since Camden didn't seem to like a particular dog. He definitely was the big boy in comparison to the Yorkies and dachshunds.

At one point, a stuffing free toy was added to the mix. Initially, an eight pound dachshund named Bella had the…

I don't even know how to process all this happy at once.

Not only has Ziggy played with another dog, but I got him to play with a toy just too!:D

I just O_O I'm gonna keel over, I am way too happy!

It was very lucky, he got into one of his "PLAY TUG-O-WAR WITH YOUR HANDS WITH ME!" modes, and I was close enough to the toy box to reach over, snag a toy, and replaced it.. At  first, he wasn't too sure, but he started to really get a grip on it.…

Alright, when it comes to puppy coats I am not sure if my corgi is honestly tri-colored corgi, or if he is just the red and white. Both of his parents are red and white, but I do know how genetics don't necessarily work that way. So my question is, does he have just a puppy coat that looks darker than it will become or is this a blue print of what is to come?

Ziggy played with another dog! It was crazy! They ran around, jumping at one another, Ziggy in full derp mode!:D I feel like I could fly, I'm so elated:D

What's weird? Ziggy wanted to play more than the other dog. I mean, that wouldn't be very weird, except for the fact that Ziggy never wants to do anything!!

At first, it was him hoping around me, playing tug-o-war with my hand when then the other dog in the house, Shadow, came around to see what all the noise was… 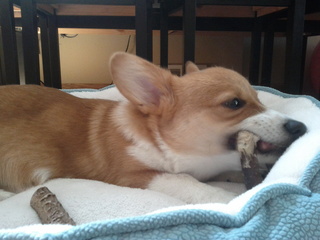 Four is my first dog. I find it absolutely incredible how he roams around, with his nose to the ground, eating anything he can. On walks he sniffs ants. Needless to say we don't get very far. In the backyard he eats peaches as they fall from the tree. Inside he  is out of control. Besides food Four loves toilet paper, shoes, chair legs, hands. I'm hoping this will…

On Sunday I picked up my baby boy Tedy!! His full name is Patriot Tedy B (fairly obvious I named him after Tedy Bruschi, a linebacker for the patriots haha) He was almost 10 weeks old and weighed about 7lbs.  He was so sweet and this was the first time he'd ever been away from his mommy!  I'm crate training him the same way I crate trained my other dogs in the past and he seems to be picking up on it fairly well except I have to keep a close eye on him because he doesn't bark when he has to…

Will they ever be friends?

I can't tell if Four and the cats like each other. He just wants to play. They don't back down. Will they ever all take a nap together and be friends? That will be a fabulous picture :)… Scout has been home for 3 days now and wow... she is the sweetest little puppy! I cannot believe how amazingly good she has been so far! 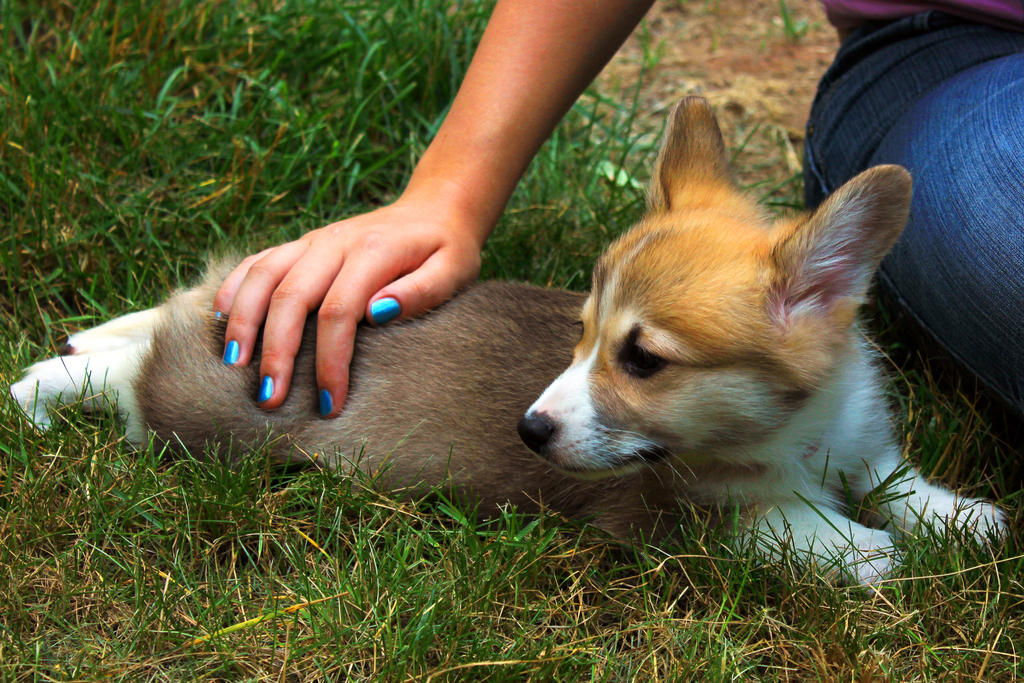 On Friday, we made the 3 and a half hour drive to pick her up. The puppies were all so darn sweet but we fell in love with Scout right away! During the car ride home, she whined maybe 15 minutes then was totally calm…

Lucy turned 11 months old yesterday! I can't believe how much she's grown since I got her at 9 weeks old. I have to start thinking of something fun to do for her 1 year birthday. Any ideas? 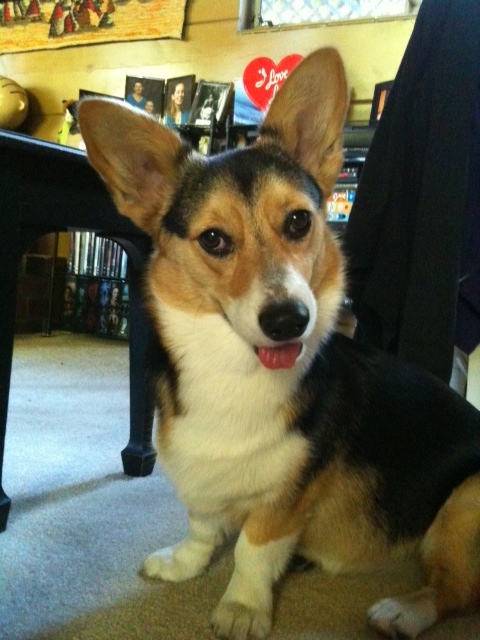 Ein had her spay surgery this morning. Her mommy days are officially over! (Note: I never bred her---but she came from a corgi breeder). The vet sent me a text with a picture of her post surgery. She looked good. She comes home tomorrow. The house is awfully quiet without her!

I'm just curious about how the "cone-of-shame" is going to work in her crate. We crate her at night, and I'm just wondering how the cone is going to fit in there with her. Her crate is pretty roomy, but I'm…