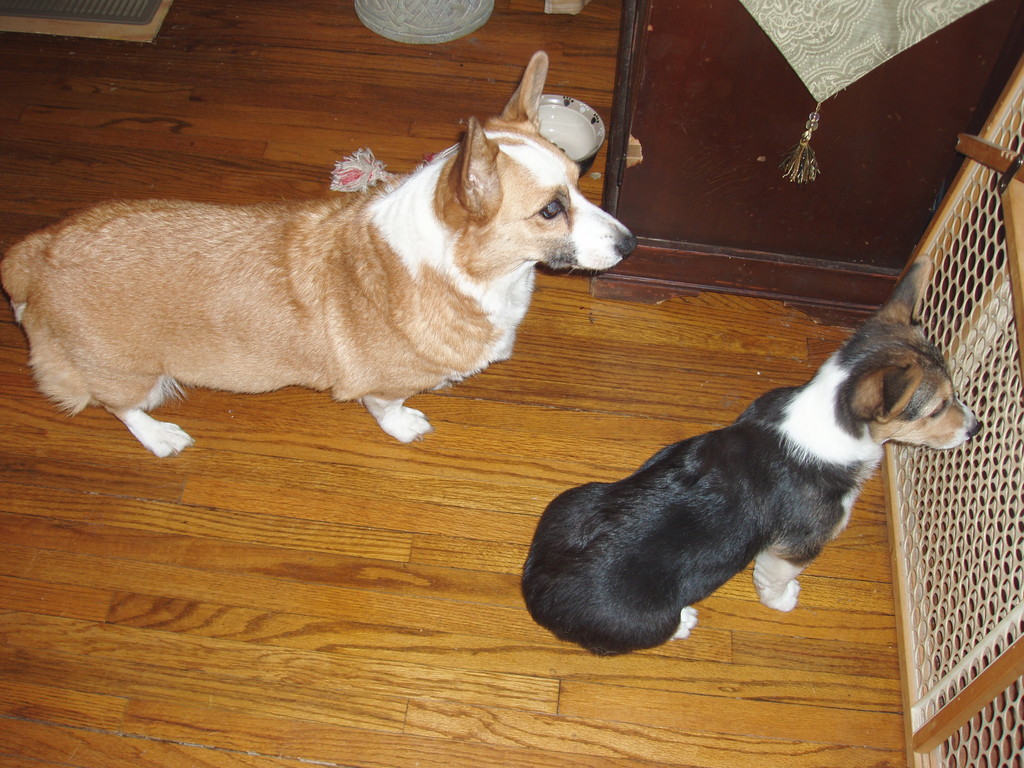 This was the most fun Sunday: Halloween!

Mum brought home beautiful frocks from the thrift store. She was very proud to say they only cost…

Kali went to her first Pet Expo today. Lots of people and lots of dogs. Saw one Pembroke and two Cardigans. She got a ton of attention and comments. Of course, the majority of people had no idea what kind of dog she was. I got is she a Heinz 57 dog, a blue heeler and a mix with a dalamation - guess the spots make people think Dalamation. I gently informed them she was a full bred Corgi. She had a great day and is now very exhausted and sleeping like a baby.

Well, it's hard to believe a whole year has gone by and the 2010 Florida Corgi Picnic is just around the corner!!

I just read the update from Celeste and there are now 245 people and 157 Corgis registered to attend!! Last year she had 255 people and 175 Corgis so it looks like she's closing in on those numbers again this year! It's a GREAT fund raising event for Corgi Aid and Sunshine Corgi Rescue.

We're so looking forward to it!! And hope to see many of you…

I just changed Lily's food and noticed that her little leg is itching and is loosing hair...is it coincidence?

I've spent the last week "preparing" Casey for her first Dremel session. I took it out and turned it on for a few days, then I spent some time Dremeling my own nails, let her near it to sniff and investigate, but today, she actually had to lay down and have the tool vibrate on her body.

She was not a happy camper, lol. She tried to get up…

Today both my ears are completely pricked. Mum and Daddy are SO proud of me. They both hugged and kissed me (but they do that all the time) and Mum sang the song she promised to me:

The she repeats "with…

I've so been enjoying my round ball of fuzz...a true fluff-ball! Since she's a fluffy, I've always said how curious I was to see how her mature coat develops. While I knew a change was coming, I never expected to notice the change! I just thought that one day I'd look back at puppy picutres and wonder where the fuzz went! Anway, the other night I looked down at her and she appeared to have a line down the center of her back. At first, I freaked! Where did that come from? What's going on? What's… Continue

Technically the birthday was over but i say it aint over till we sleep! lol

So I made his cake the night before and made the peoples one today,, Hit the Bank and made it to the Store, hid the presents and the cake. and Set out hte party Hats.

The party was Held at my aunts house.
The company Ace had was: My aunts Two Pugs, Pebbles and Her son Jettson, My Aunts Golden Retriever Lilly, and My Brothers Pittbull…

I have been looking into adoption thru a rescue org for months.

I currently live in North East NJ by the
Geo Washington Bridge to NYC. I have been looking for a small dog--"under 30 lbs"

My town has turned into Shih Tzu-ville!! Never mind the Poodles, Lhasa's, Maltese's and Yorkies.
I want something different. And have always liked Corgi's. Love the Tri Color and absolutely adore Fluffy's!!! 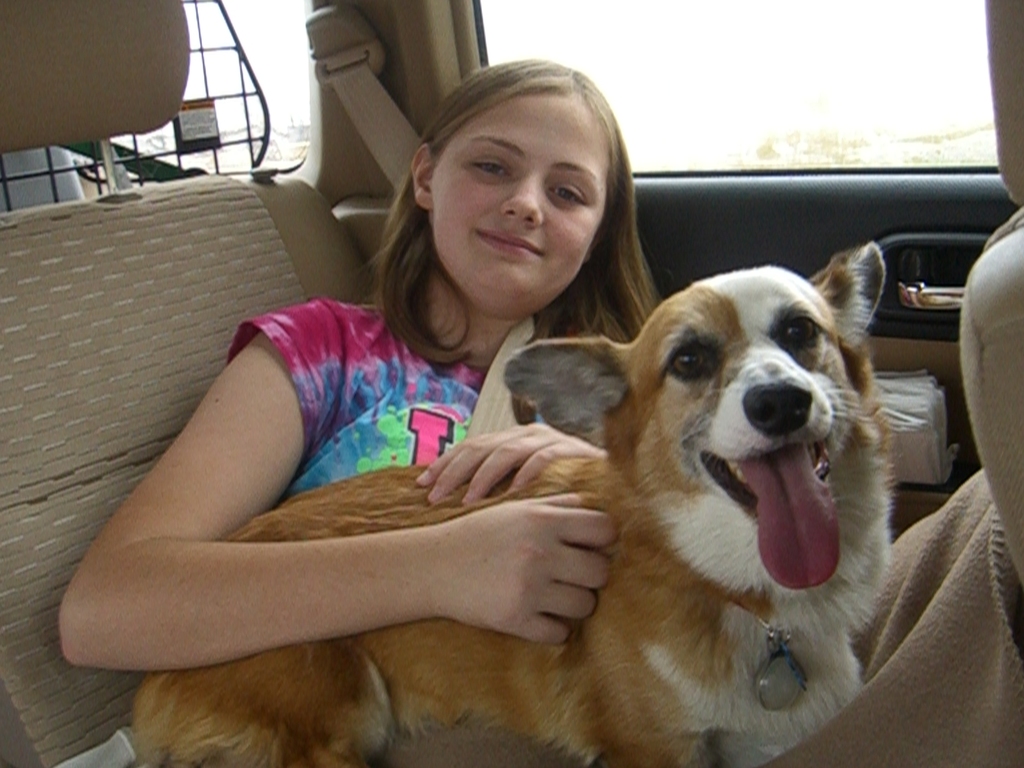 We just got home with Jackson, and WOW...things are going GREAT!! He did absolutely awesome on the way home, slept probably half of the time and destroyed his purple dinosaur that Jane gave him for the ride home the rest of the time. We stopped to potty, but I think he was too scared to do anything. Seanna and Sage have welcomed him into the pack without any grumpiness at all--although I think at times he's still a little overwhelmed with Sage's…

A couple weeks ago i decided to take my two in for grooming to get all nice and cleans before winter, the full load done, ears cleaned, nails clipped and bathed. Since i usually do it myself i called around to the place that where recommended to get quotes on how much each places charges, and to figure out there packages. The first one i called, when i said they where corgi's the lady on the other end shrieked in…

Jackson is on his way to his new home!

Well...the minute Amber and Jen walked in the door he came over sat by them. He looked awfully comfortable like he knew this was his new forever family! He did very well and I was so happy that he greeted them the way he did! I don't think he will have a problem after seeing him so friendly from the start and you could see how much the two of them were excited too! I will miss you Jackson but I feel very confident that your new family will give you much love and attention!

The Day was January 27th 2010 it was cold and I stood there excitedly waiting at the airport unsure of which place to go. Finally the right airlines! American Airlines! In I walked and over to the luggage belt i went where stood a Lady behind a podium. Nervously I walked up to her and asked , "By chance do you have a puppy here?" it was a big step for me because I had never OWNED a puppy before. I had Buffy our Golden Retriever mix she came to us at the ripe age of 3 years old and i had…

Today adora and rhun had a fun filled day. Work up and had a blast in the snow that arrived yestarday. Then they got breakfast at the Doggie Style Deli where they got a free german shephards pie, free freshly smoked pigs ear that is about the size of their head. Then we went back home played with their new GoDog toys had nap with dad while i made dinner, then went to the DOG PARK and had lots of treats with almost all of their park friends. Came home had some yummy cake with my dads dog… 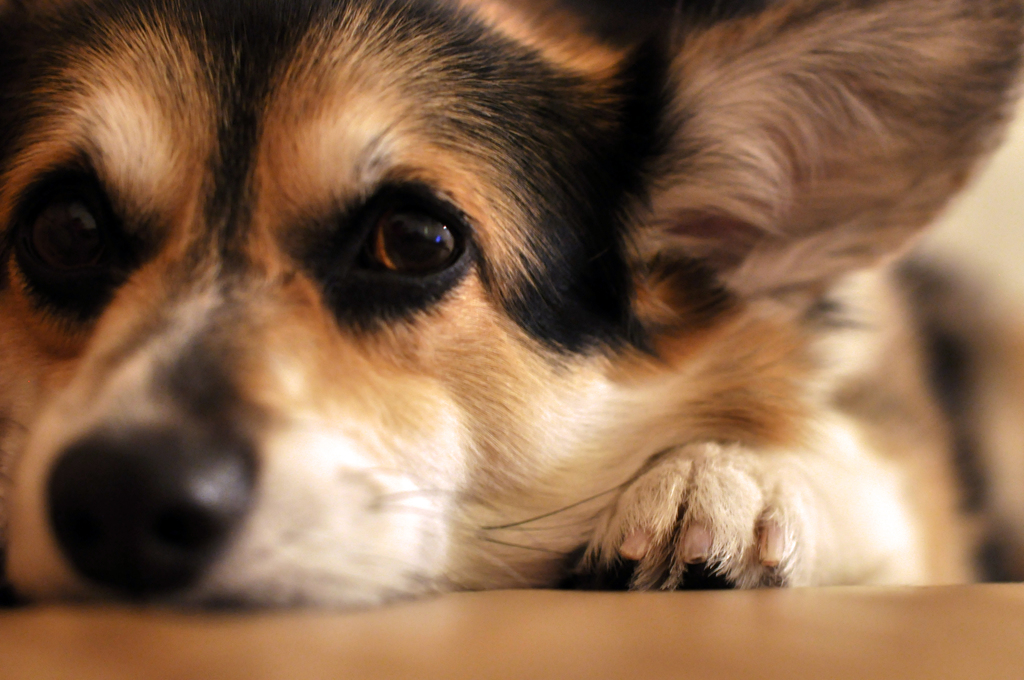 There's a fine line between a willing subject and one that is resigned to the inevitable. Not sure, but with Rosie being a Diva Dog, I'd bet my dog biscuits on the former!

Lots of Corgis turned out in their finest Trick or Treat costumes.

Gromit, Holly the Insane Wiener Dog, Debbie and I had a grand time at the AZ Cactus Corgi Rescue Calendar Picnic.… Continue

Busy day in the office today....

Picasso was very productive in the office today ... unstuffing his toy! 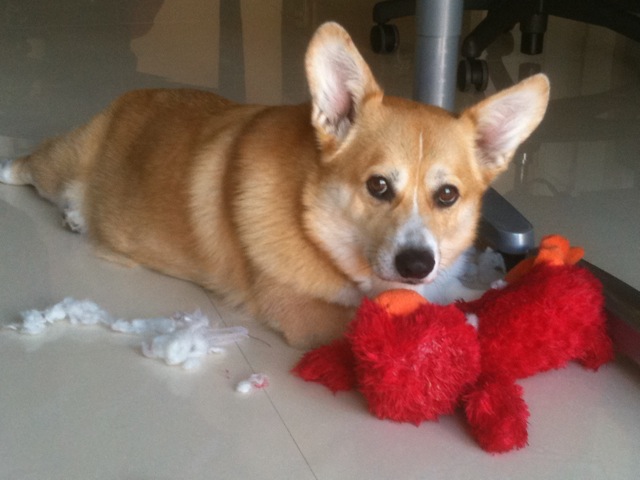 So Adora and Rhun will be one year old tomorrow and today they woke up to a early birthday gift, not from mom, dad or anyother family and friend, but from good old mother nature and most importantly old man winter!!! Yup it's adora big birthday wish SNOWWWWWWW!!!! First snow fall of the year!!! Im not happy but they sure are.… 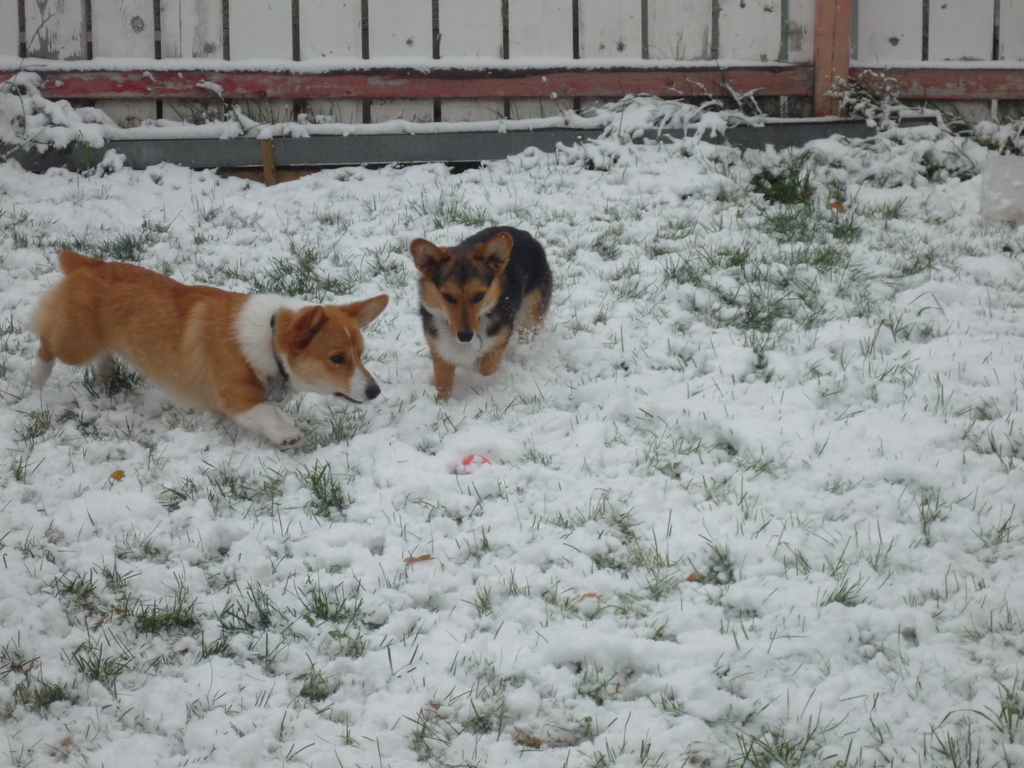 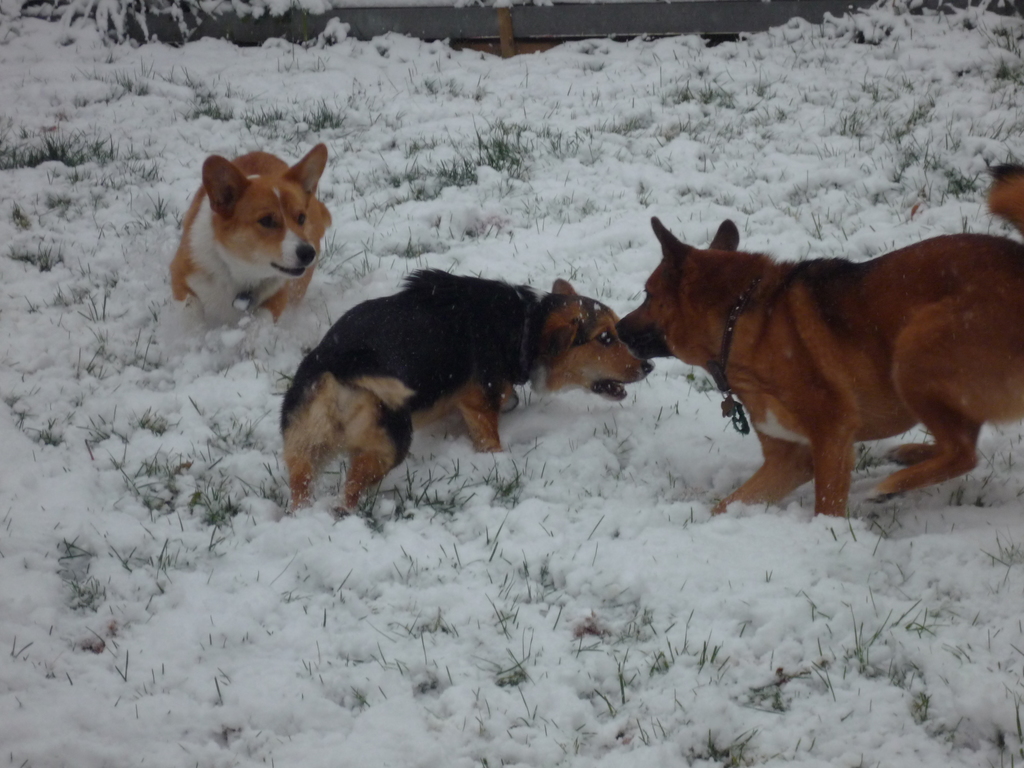 Hello everyone! Need some advice please

Hello all!
I noticed in the past 2 days that Frida (11 months) has been panting more frequently. Its not hot outside and she drank plenty of water and had been eating and going to the bathroon normally so I was a bit perplexed. Last night it was more profuse and i became very concerned so I flipped her on her back and when we began to check her belly for hardness or bloating she snapped at us. She is a very happy, active puppy and this was very unlike her so I assumed she was in pain and… Continue

Mum got up so early this morning and Lily, too. I jumped right out of my bin to greet them and Mum bustled me out the door to WET! I can safetly say I DO NOT LIKE WET at all! I do not like it on my nose; I especially do not like it between my toes! When I sit down it gets on my butt and my coat sticks to my skin so that I am still wet all… Continue