News but no Pics

So, I just got word from my breeder that we are still on for next Saturday, and I'm so excited that I could pop! She wasn't able to send us photos, since they were with family last week and over the weekend. I got my corgi fix anyway, since my cousin's friend has an adorable 4-year old corgi named CJ, which spent Thanksgiving at our house. I gave him all sorts of love. By Friday, he would run over to me and sit down so I could scratch his neck when my brother's rottweiler puppy would get… Continue

Sidney and the Sheep herding trial

Today we took Sidney out to have an instinct test for herding sheep. We were really excited and curious to see if Sid would know what to once he got into that pen with creatures he had never seen before in his life.

My daughter got into the pen with Sid and three sheep. That's her in the video. After Sid took a few moments to take in the glorious smells that were there. he actually took off after those sheep! He'd bring one back when it broke off from the other two, and took the… Continue

Misu has departed this world

My beloved Tiramisu Latte has departed this world . . . Two weeks ago she was attacked and killed by a bobcat in our backyard when she went out to go potty before bed. Misu was my constant companion - I called her my daughter - and I miss her so much. I am working on her own website www.PrincessMisu.com which will be up soon . . .

Attached is a link to her memorial page - http://rainbowsbridge.com/residents/THBTI001/Resident.htm.

I now say a prayer when I awake each day, a… Continue

We've had Nana for 2 months and thought she needed a friend to keep her company during the day when we were at work. We love corgis so we wanted another one. We decided that we would try to find a male around her age. Checked with the Corgi rescues and various pet finders. We even checked Craig's list and other online classifieds...jackpot! A breeder in Sanford had put an ad in the classifieds for puppies but at the bottom of the ad made mention of having a male corgi free to a good home. We… Continue

My husband is very busy with work and his hobby ( playing guitar or bass for various groups). This often meant that I would be home alone several nights of the week. Kind of lonely. So I kept nagging that I wanted a dog to keep me company. Unfortunately, the place we lived wouldn't allow pets so my husband promised we would get one as soon as we lived somewhere that allowed pets or we bought our own home. Three years later, the location was right...and I held Patrick to his promise. We… Continue

We're going to school today. You may remember we tried last week and clas s was canceled. So here we are another Saturday. Hope everything goes well. Max needs it! I wish the little one would grow. It always scares me when I take him out early in the morning and the owls are out. People out here have lost dogs (small ones) to them. Our next door neighbors had an out door cat when they moved in. We explained about the owls and a about a week later no more cat.We also have coyotes if you let your… Continue

VOTE FOR YOUR CUTE AND CUDDLY CORGI DRAGSTER!

I was really excited to see that Dragster made the cut for the 2009 calender finalist! now he just needs your vote to be selected among the other cute corgi's of the year! hes the one laying on his back in the pumpkins. :D im so excited!!! i think my foot will be taken out. lol 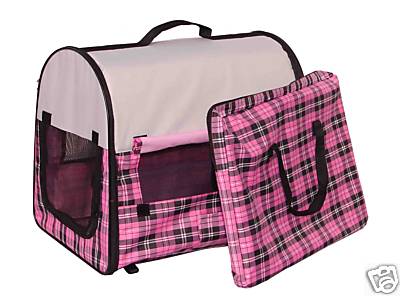 Any tips for me to help with Zelda's first heat? The pet store is closed due to the holiday so I picked up some baby diapers but she's not having it. Any tips or ideas on what I can expect would be great! Thanks

Myles is nearly back to himself. He has slowed down, due to arthritis. He had additional testing done and it was determined that his 'lame" hind legs likely came from the groomer. the day before he work up lame- my husband took him to the groomer. When my husband picked him up-he saw him fall off the table but he appeared fine at that time so he did not make a big deal out of it.
His additional blood work indicates kidney failure and not one of the diseases. (Addisons or whipworms). He is… Continue

I got this in an email a while back, I thought I would share. Happy Thanksgiving!

Being a veterinarian, I had been called to examine a ten-year-old Irish Wolf hound named Belker. The dog's owners, Ron, his wife Lisa, and their little boy Shane, were all very attached to Belker, and they were hoping for a miracle.

I examined Belker and found he was dying of cancer. I told the family we couldn't do anything for Belker,… Continue

Dogs of War...Pets of American Soldiers Are Fugitives-Victims Of Military Order

From the war zones of Iraq and Afghanistan, we hear the heartwarming stories of Cinnamon, Lava, Charlie, Boo and Ratchet

. They are the dogs of war - pets and mascots of our American soldiers who have rescued and cared for these animals trapped in the chaos of human conflict.

We also hear the tales of heartbreak. The pets and mascots of our soldiers are fugitives - victims a military order that requires the killing of animals harbored by American soldiers in combat… Continue

I was wondering what a good dry dog food would be to maintain urine Ph levels? We took Mandy to the vet today because she had blood in her urine...she had an accident the other day and I saw it and there was a white piece of something in her urine...it was hard. The vet said it was probably crystals. They tested her urine and no infection, but there were signs of crystals and he said she may beve been developing stones. He said that we needed to change her food. We have been feeding her… Continue

This morning I woke up way early to a weird smell. I woke up my husband when I realized it was natural gas and we do have a gas furnace! After we decided I wasn't paranoid (1 min) we opened some windows and got all of us out. Owen was really confused that we were all out for the morning potty- with his kennel. So we went over to our neighbors - who actually had our friend house sitting and hung out waiting for the gas company. Owen was a nut job. Our neighbors have 3 labs but they were with… Continue

I got Bentley on October 25th and it's been a month now.

I've never had a dog before. Wait. Correction: I've never my OWN dog that was my complete responsibility before. I had two hamsters when I was seven, but that one didn't work out so well either.... tragic, actually. And so, I swore off pets for a looong time. I think I had a beta once when I was in middle school but they have a film canister of water and live forever. Daffodils require more maintenance.

I wanted a… Continue

Vote For The Corgi As Being The Right Pet

http://www.rightpet.com/Dogs
Please visit this site and rate your dogs breed, This is a site to help families who are trying to decide on what type of dog they would like and the majority of best breeds for families. We all know the Corgi is perfect for families so lets make it the #1 breed. They also do alot of promotion for rescues and shelters. Take a minute and vote for the Corgi.

Want to get rid of that wet dog smell?
Need to treat a flea or ear mite problem but want to do it naturally?
Is your dog suffering from separation anxiety?
Would you like to make your dog a healthy holiday treat?
Do you want to make your dog smell fresh and feel clean but don't want to bathe them?

To get the answers to these question along with many other simple home remedies and ideas go to http://www.wendtworthcorgis.com and click News Blog.

Wookie has terrible gas. He can clear a room in one "pfffff". My other 2 dogs are on senior Canidae kibble and the Wookster is on all stages Canidae. It is not a grocery store food, by all means. Does anyone else feed their dogs Canidae? Do they have the same gastric issues?

I have a pic on my page of my aussie, Chloe, where she is laying with a mouse and not a single person noticed it. The mouse also walked right out the door un-noticed as well.

So, I'm not a new dog owner but I've never had a corgi. Zelda has grown this really long fuzzy butt. Do corgi's need to have that groomed?