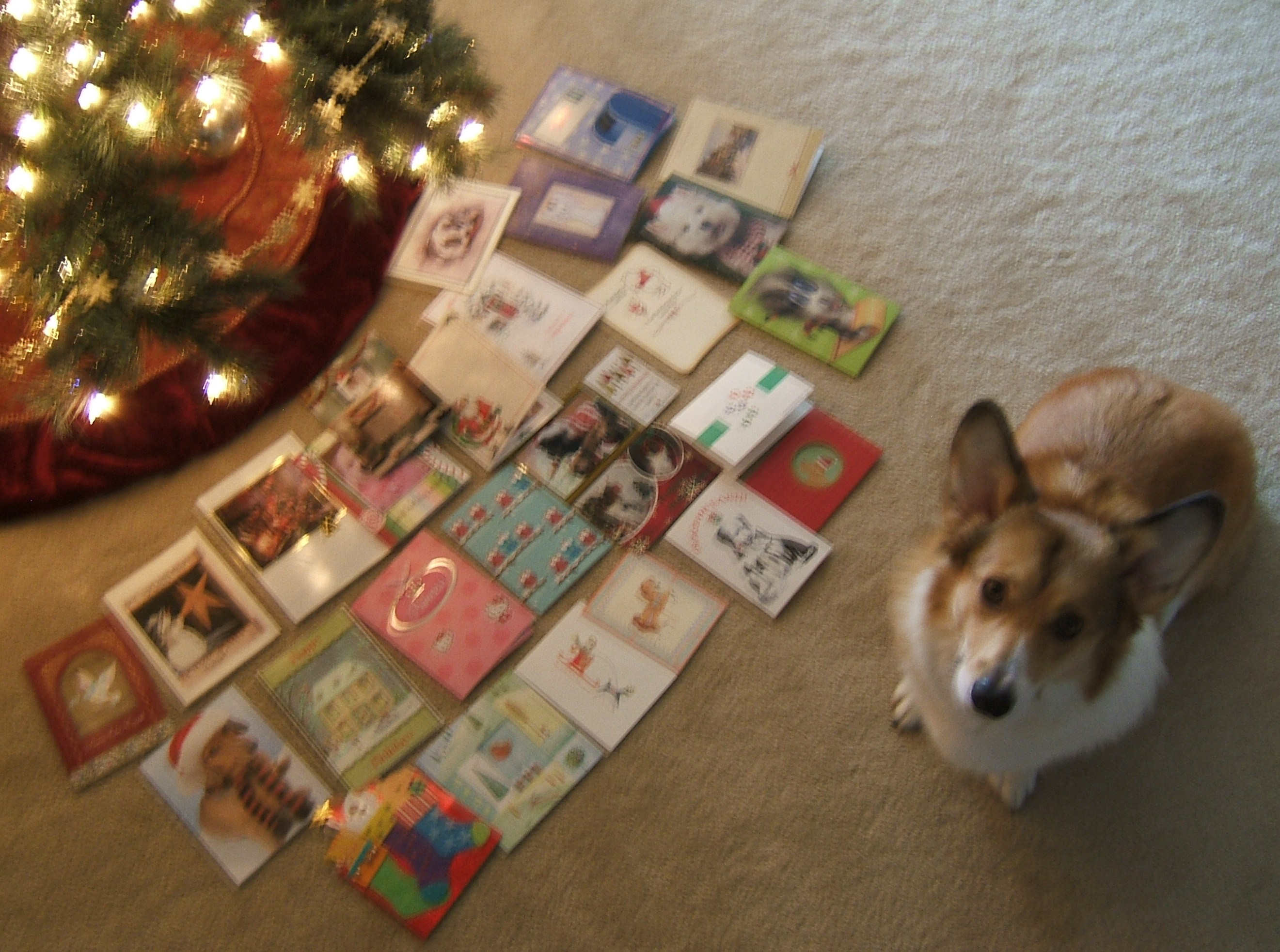 Happy New Years to all of you! We wish much love, health and happiness. You are all beautiful!

Once in a blue moon!

We get to celebrate a special full moon this year! 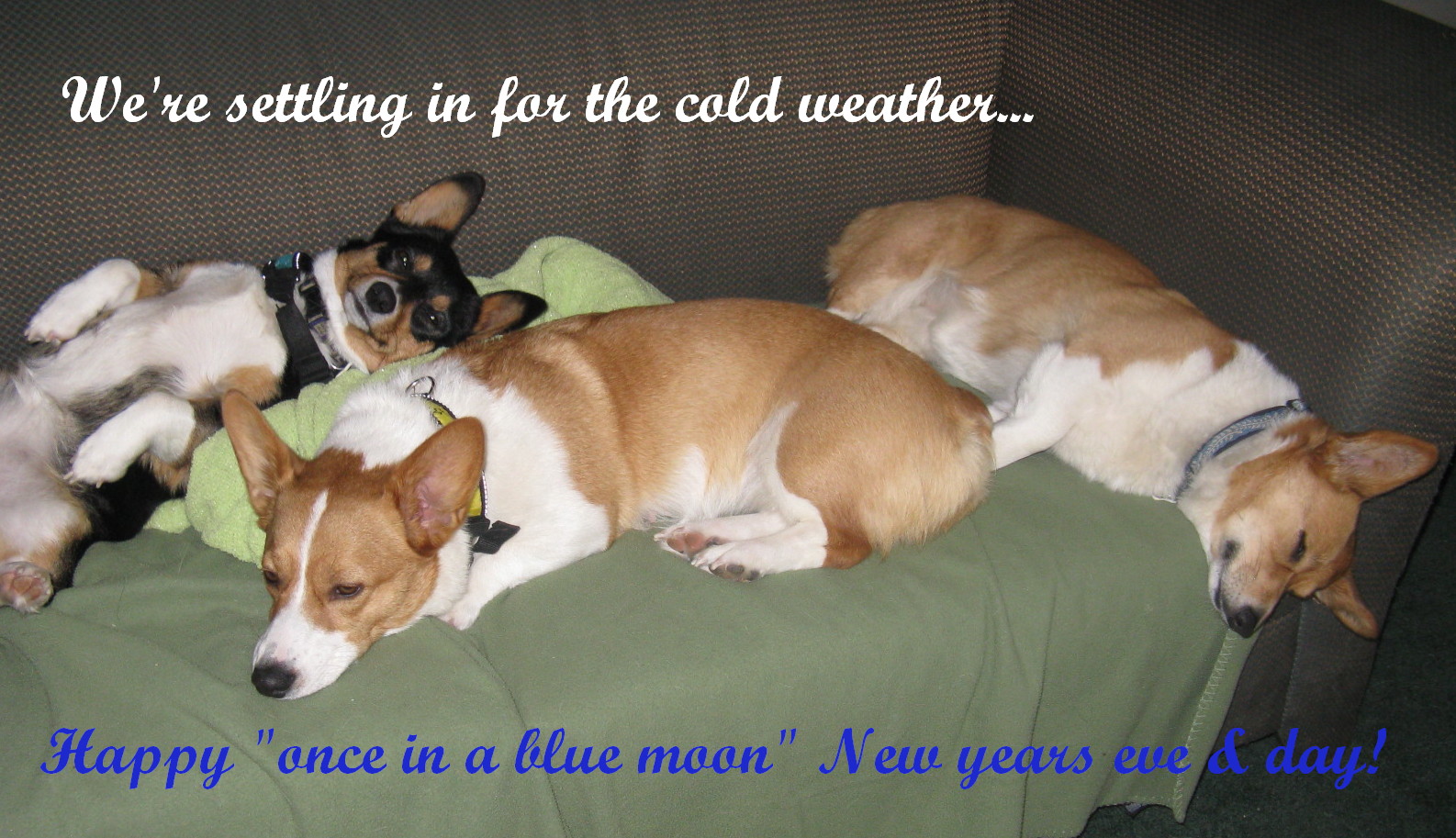 Happy New Year to all! We will be staying cozy and warm at home for the next few days as the temperatures dive down below zero and even the daytime temps will be that cold! BRRRRR!

Jane and her Gang!

Well, it was Soffie and Griffyn's 1st Christmas with stockings! And was it fun!! There are so many toys around the house now, we have to manuever around like we're watching for land mines!! I posted some pictures to our page, hope you all have a look!

Happy New Year to each and every one of you!!

Jackson has been home for about a week now and I'm really starting to learn, albeit trial and error, what works for him.

I can say so far, Jackson is about 80% angel and 20%... unbelievable yippy unrelentless little devil.

Things we have mastered:
Crate training at night - thanks to all of the advice here! He has a towel that I put over his crate to keep things a little darker and he seems to like that. Not a peep in three nights. I wake him up four or five… Continue

It was bound to happen sooner or later. After all, we only live about 5 miles from the beach in a county that's well-known for it's dog friendly atmosphere (as opposed to the rest of the state, that is). I wouldn't have guessed that his first trip to the ocean would be in late December, but you just never know what the weather is going to be like in Sunny Southern California.

We didn't actually make it to one of the "dog beaches". I opted for an easy, albeit expensive, parking spot… Continue

Our Tag is the last kid on the block to be allowed free run of the ranch. All the other pups born this year are old hands at running free...the heelers, the German and Australian shepherds, the mutts...everyone but Tag has been running free for months. It's not that he's terribly disobedient or more reckless than the other pups. His mom is paranoid.

Ok, let me defend myself a little! He's *small*. I know the rat terrier is smaller, but that dog has enough attitude to take on any… Continue

Let me start off by saying that Spanish was my first language, Cuban mother. When my grandmother that only spoke Spanish passed, I sort of lost a lot of it. During the Christmas break, I have been trying diligently to remember it (I know it is in my subconscious because I sleep talk in Spanish, my friends have it recorded).

My question is, does any one have any experience in teaching their Corgis commands in multiple languages?

I believe if Wynstan understood Spanish, it… Continue

Stella's Nose-Map! What do you think? Do you see it?

Over Christmas, my brother met Stella for the first time and he made an interesting observation. He was petting her and said, "Hey! She has a map of the Continental U.S. on her nose!" At first, I didn't know what he was talking about, but then I saw it! I had never noticed it before. I always thought that the white star of fur on the back of her neck was her most interesting mark, but this is hilarious! Check it out! To me, it looks like the coasts are reversed, though. I said that to my… Continue 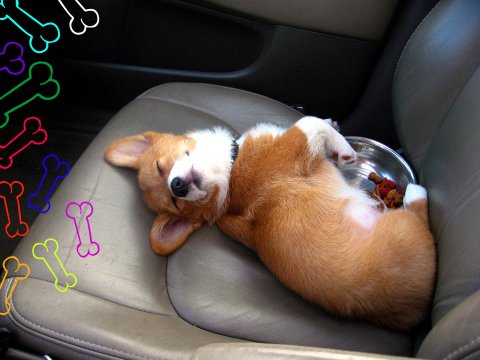 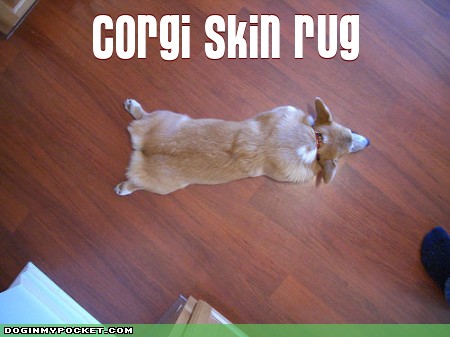 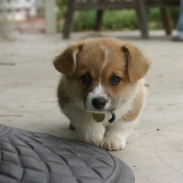 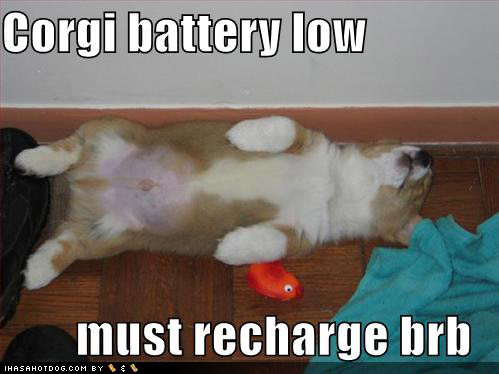 Happy Holidays to all our Corgi-Friends!

Looking forward to an even brighter and beautiful year in 2010! 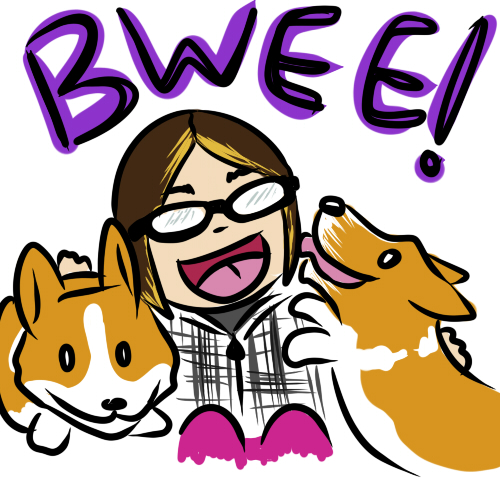 SO. Guess where I went today? That's right, my breeder's! She lives a FANTASTIC ten whole minutes from my house. My mom came with me (for better or for worse) and we walked in and Mr and Mrs. New were very nice. I was greeted by Nessie, the single puppy I have pictures of on here. She shied away from me at first, but she took a liking to me nearly immediately. They were impressed. :0 They brought in the puppies (now six months) one by one, and I… Continue

Back to potty training I guess.

Eddy's started going to the bathroom in the house again. So frustrating. Didn't even bark at the door, just went #1 and #2 in front of it. Sigh. 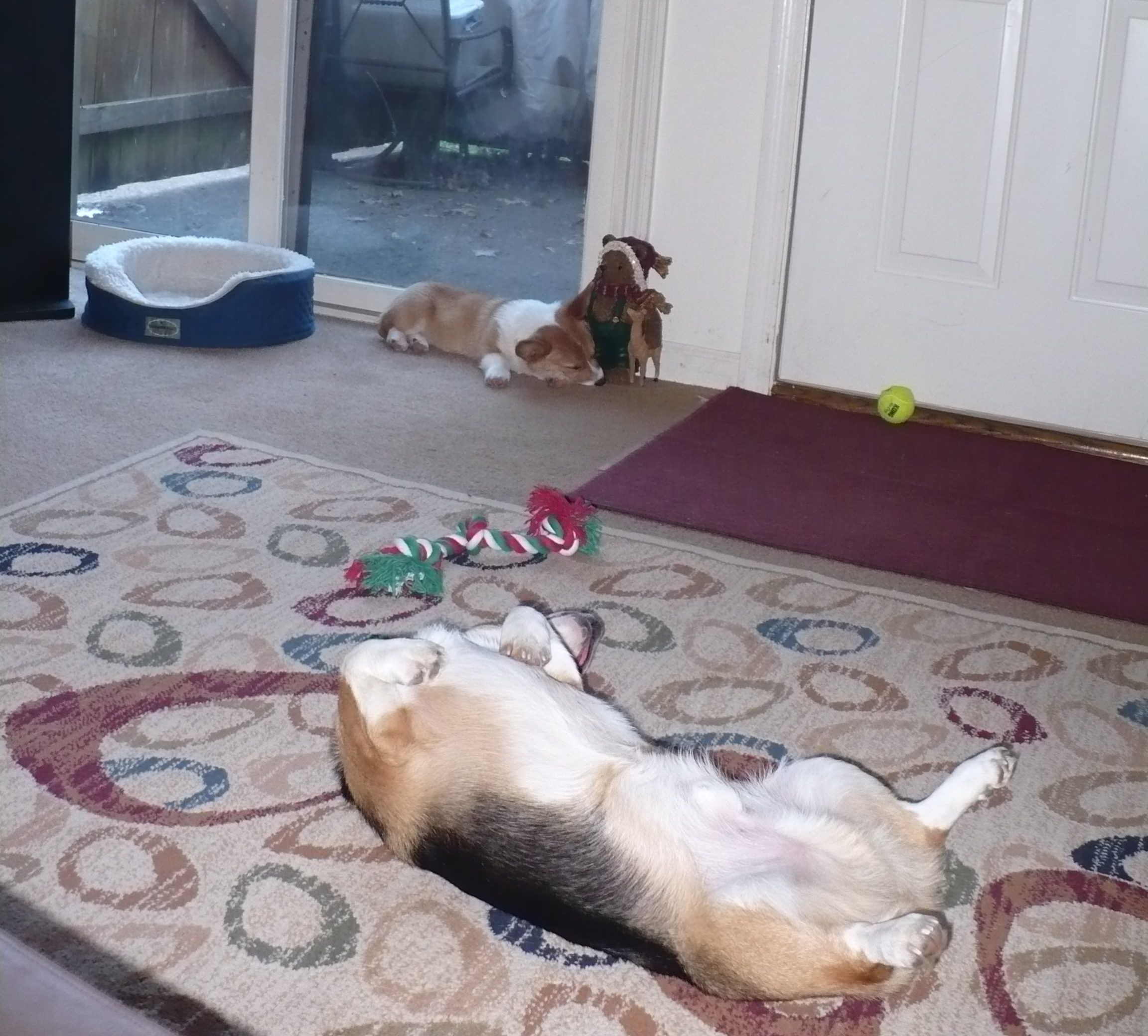 Whoa! I can't believe the time has finally come... looking back at it. It was worth every second of the wait.

I picked my pup up on Thursday (Christmas Eve) from my breeder in Fresno. Her name is Paula Baggett with the Angelic Paws Corgis and I highly recommend her for the quality of pup and service... www.angelicpaws.net
Ahem, enough plugging.

He did great during the 3.5 hour car ride home. He did get sick in his crate but… Continue

Well, the dogs all loved it! 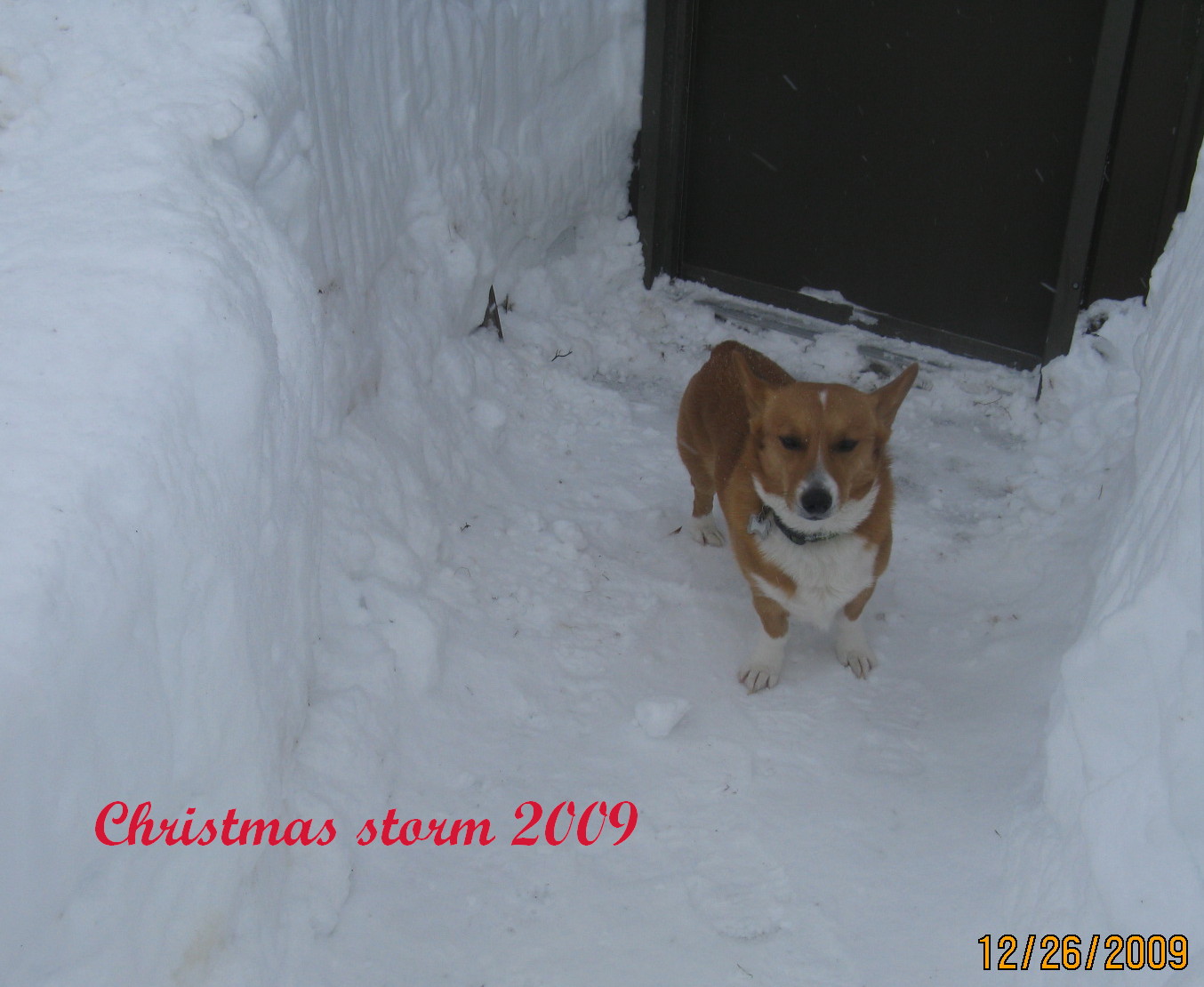 Unfortunately we were snowed in from Wed. till late this afternoon...that's a little long and we didn't get to see any family or friends. I guess it was the hardest today because it's my grandson's 2nd birthday! They are predicting another storm for New Years...oh well, it is winter in Minnesota! This is the worst holiday storm I have seen in 25… Continue 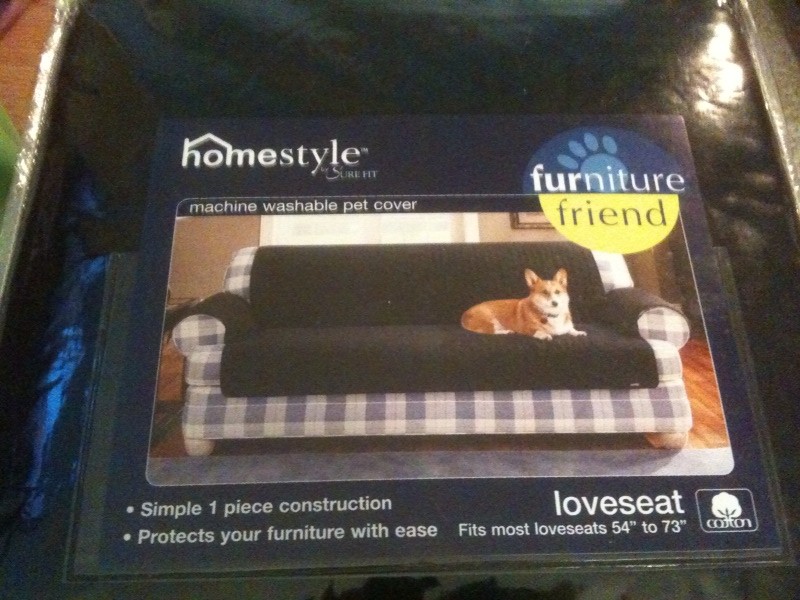 Santa brought me some handy dandy sofa covers to catch all that pet hair that floats around my house. I love that the picture on the packaging is a Corgi. Some advertising person understood that Corgi owners could really understand the value of a good sofa cover! Sadly, they sent the wrong color, so I have to wait for the new ones to come in, but that's okay. Can't wait to try them… Continue 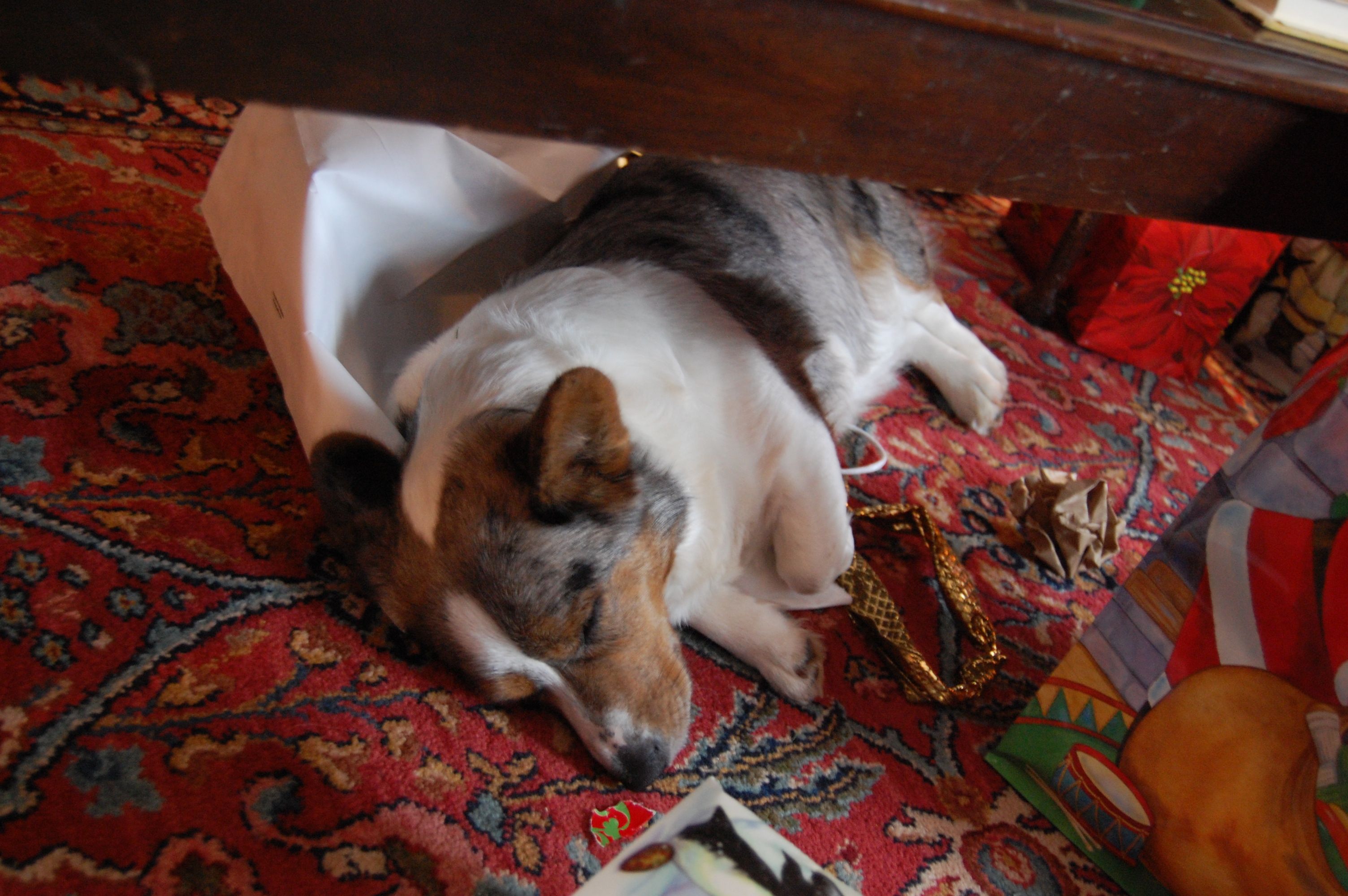 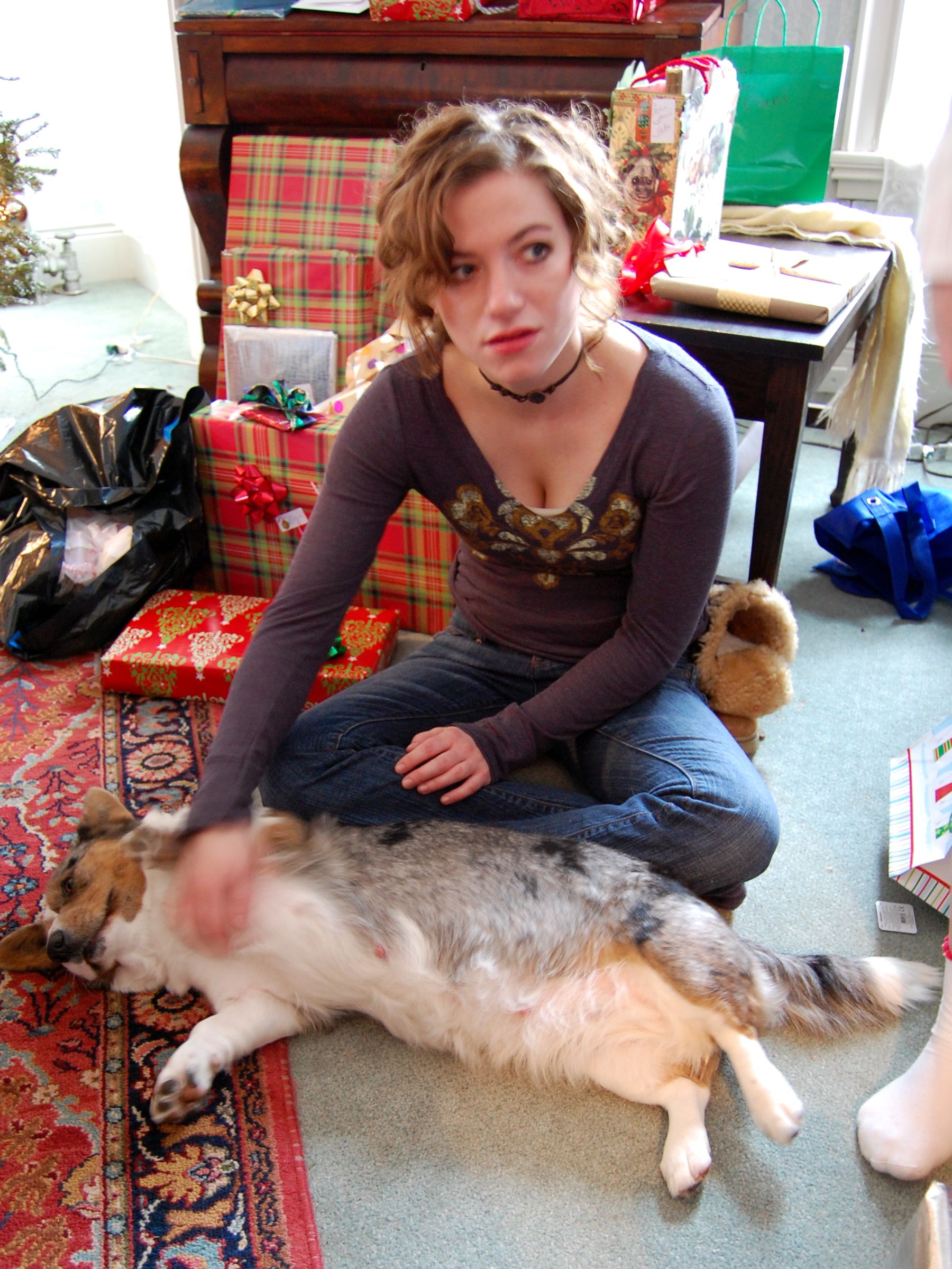 You think she's got some puppies in there? ;)

It's amazing how fast she's popped. There is now not any angle at which she doesn't look pregnant, and sometimes it's startling.

A great Christmas with a bunch of family dogs and two of them in heat!

A great Christmas with a bunch of family dogs and two of them in heat! It was a disaster at times because one dog kept wanting to hump everything. The male dogs were fixed. The two dogs in heat would always get mad at each other. Lucky kept peeing in her diaper. It was a load and rowdy Christmas night with my Husbands family. Everyone seemed to enjoy all the company

Merry Christmas! (This is Rosie a couple of weeks before christmas actually, with the card she adopted) 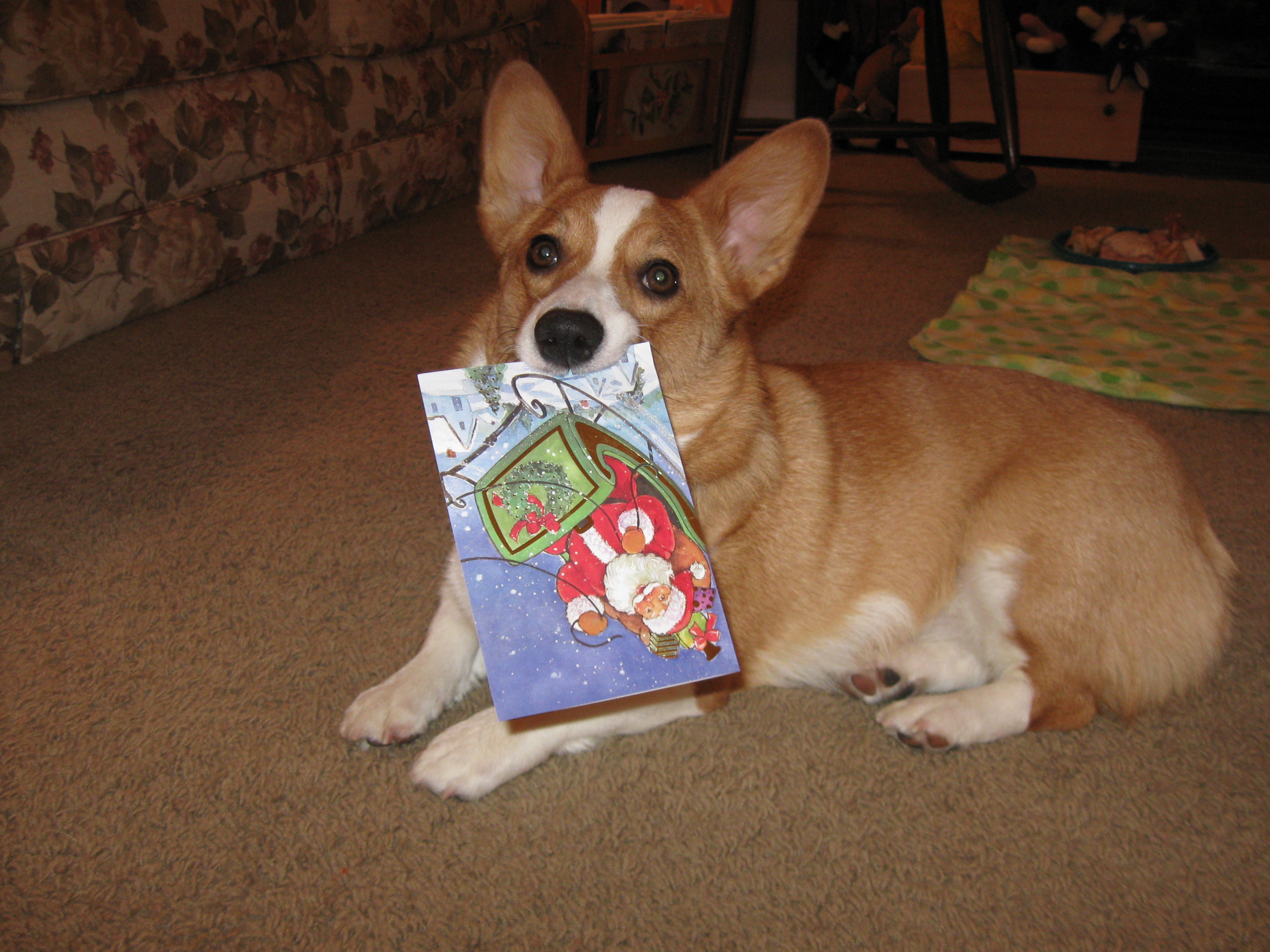 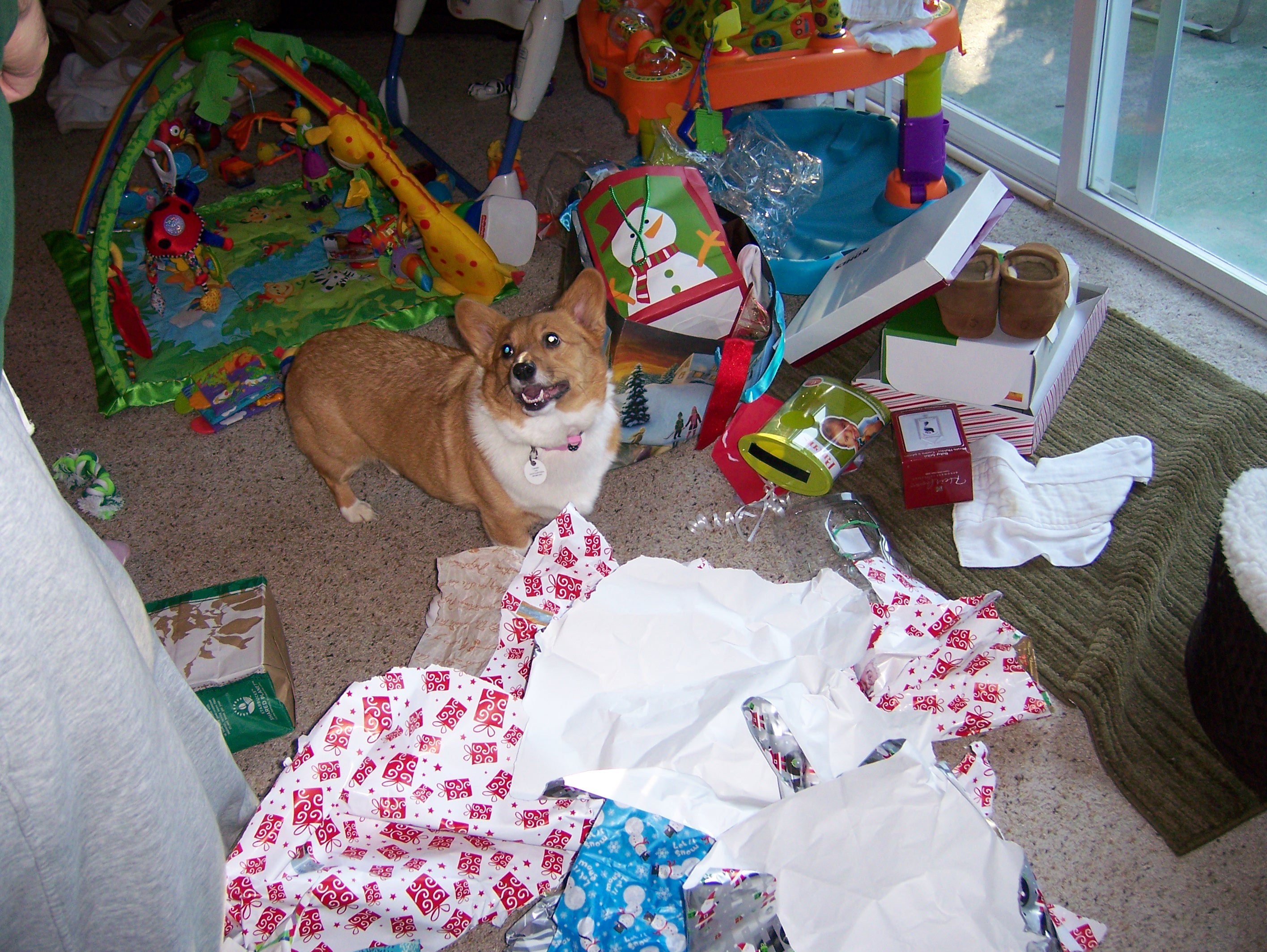 Lola got lots of toys this year! She seems more interested in the toys her brother got though!!!