My sister had informed me that she had some of mae's pictures on her computer when she was a puppy. I have alot of pictures now. I had decided that I was going to make a scrapbook, online and in a book, of mae's adventures. I think its a cute idea. And i could show it off to my friends and people who i meet. It is like a photo album, but i can add some writings and decorations. Kinda like an on the go scrapbook. I think it would be a nice idea, and when i am down or sad, or bored, i can take… Continue

My little girl is growing up and she is getting spayed this morning. Im way stressed about it. LaVerne's whole body trembles when she is at the Vet and I HATE the thought of leaving her there. :o( I will be glad when this is all over. I hope I dont cry until I get back in the car....lol. Im such a wuss.
Right now LaVerne is looking up at me and doing every trick in her book trying to get a treat. Of course I cant give her anything to eat and she just cant believe it.....lol.
If anyone… Continue

Effective January 20, 2009, PetSmart® is conducting a voluntary recall of seven of our Grreat Choice dog biscuits (peanut butter and assorted flavors). They initiated the recall after determining these products sold between August 21, 2008 and January 19, 2009 contain peanut butter product linked to the salmonella recall announced by the FDA. Here's the link to their official… Continue

Dudley does NADAC and CPE Agility

Woo hoo! Dudley boy is off to the races! The way one of our agility instructors put it was "the switch has flipped and the light is now on!"

Dudley has been my remedial agility student. All the other dogs he started with in agility class have moved up to Intermediate after their first Beginner class. Dudley is taking his third round of the Beginner class. But as sometimes happens, things all finally came together for him. First I took him to an AKC agility trial in St. Louis over… Continue

More funny pics for ya 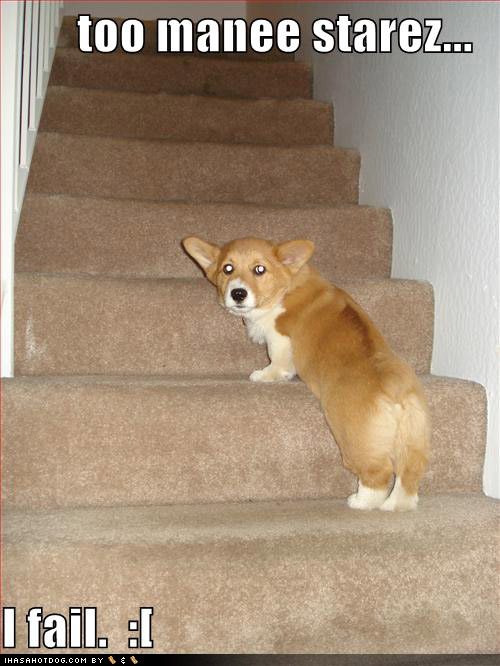 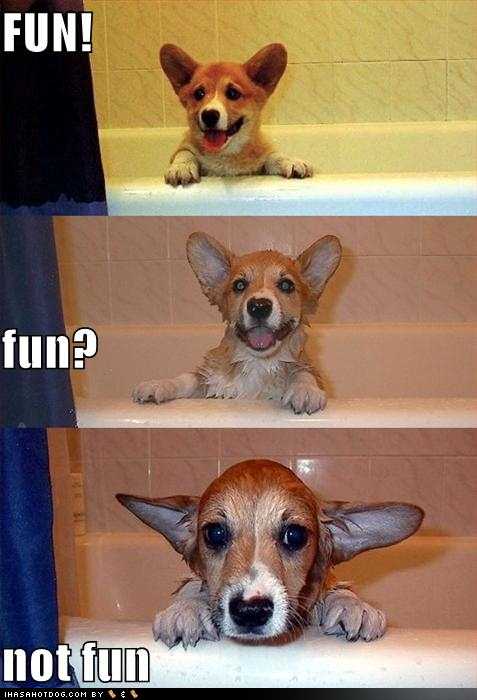 Morna coming to us!

We thought we would drive out to Indiana to pick up Morna, but our kids (all grown...think we're feeble!) were really against driving from Myrtle Beach. They reminded us of the snow and ice that we left behind when we moved from Penna. We did some research and talked to our puppy's owner and the long and short of it is that it looks like the little one will be shipped to Charlotte, NC which is only 4 hrs from our home. It is also the closest place for us to pick her up from a non-stop flight.… Continue

My puppy's not eating and i don't know what else to do!!

It's been going on for a couple weeks. I feed Stanley Purina Puppy Chow. I called the vet and they said try wet food, if that doesnt work, use a seringe, and if that does work, call them back. I mixed wet food and dry and he loved it! now, i don't know what it is. he eats, or he doesnt eat. i tried dry food with a little water. my dad's tried dry food with cheerios..

i don't get it. does he need to watch me make it for him to eat it? or is it just a puppy thing?

Corgis in the snow

People please upload more videos of corgis in the snow. Preferably where their little legs get stuck. I love it!

Well, I realise I have been away from this site for some time. I've been really busy with work and moving and all of the details those things entail. Anyway, Cheez-it it doing great for the most part, he still has his quirks, but that's what makes him my dog.

He's turning 1 sometime in Feb. (I'd have to check the date to be sure, I suppose I am a bad parent), and he's slowly turning into a nice calm managable dog. I have noticed that he… Continue 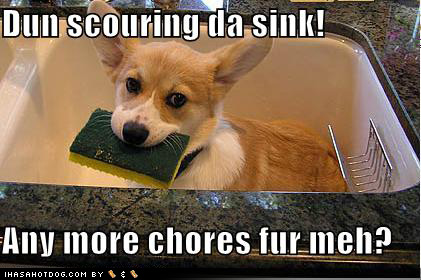 This morning i was walking around out side with Alex and Charlie.... I sat down in the grass and watched them chase and tackle each other. Alex got tired of the game and sat by the door. So i took both of them inside to the kitchen. But when I left the kitchen Charlie and Alex started going crazy. Alex always barks, and its usually just at a tree or something...but when Charlie barks, I know something is wrong. So I go back in the kitchen to calm them down but when i looked out the window,… Continue

I tell ya - our puppy is the cutest thing in the world, but it's decieving. Ollie bites contantly. You cant touch him anywhere with him trying to bite you. If I try to substitute my finger for a toy, he'll bite the toy once or twice, then go after the fingers. Most of the times he'll ignore the toy all together and go for the fingers that are holding it! He bites our toes, our faces, our hair, out pant legs...anything. I realize he's still a brand new puppy... almost 10 weeks, but wow. It's… Continue

I just got all of my photos back from having reformatted my computer. I found pictures of when I had adopted Autumn (after her mange had begun to heal believe it or not) and I was shocked! I can't believe how bad she looked and how much she has healed. I love her more than anything and it makes me so sad to remember how poorly she was treated by her previous owners. She was so sweet though even having been so neglected. Even being entirely covered in scabs all she wanted was to be pet.

My boyfriend and I hung out with Mae in the back yard before i left for a night vacation at Cocoa Beach. Mae was a good girl, did not fight with Bogey, and played with us. We played fetch, tag, and even relaxed on the grass, while we petted her on her happy spot belly. I had heard that there might be an issue with the pack leader theme with her. Someone said that when bogey comes up to me or my boyfriend first, Mae views that as a threat that bogey is challenging her Leader status. I am not… Continue

Dash the boss no more

GROUND ZERO
Yesterday was our first training session with Dani Santanella of Urban K-9. We thought it went really really well, despite the frigid temperatures and lack of many "test dogs" to trigger Dash's aggressive on leash behavior. We'll be on top of Dash over the next two weeks implementing Dani's advice and hopefully we'll slowly start seeing some progress. Fingers… Continue

This made me smile!

An older, tired-looking dog wandered into my yard; I could tell from his collar and well-fed belly that he had a home and was well taken care of.

He came over to me, I gave him a few pats on his head; he then followed me into my home, slowly walked down the hall, curled up in the corner and fell asleep.

An hour later, he went to the door, and I let him out.

The next day he was back, greeted me in my yard, walked inside and resumed his spot in the hall and again… Continue

:( Indy was running around in the lawn today and all of a sudden I hear a big yelp. I look over and she's yelping in pain limping on her front right foot. I checked her paw pads and her nails which were okay, but it hurts her to put pressure on that foot. So, now she's laying on a blanket finishing a yogurt treat. Looks like we're heading to the animal ER tomorrow. I knew at some point in life she would accidentally get hurt... so scary! Any advice or tips are greatly appreciated! During a time… Continue

Hello, mae mae seems to have some jealous issues that i have not been able to get rid of. I need some advice. It seems that when my grandfather's dog, Bogey (a mix), tries to get attention from someone, Mae barks at him and bites him. Sometimes she attacks him. Now, keep in mind that Bogey does not use any verbal form. He does not yelp, or scream, so i do not know if this seems to not let mae know she is hurting him. Anyways, i was wondering if someone has come across this issue or have advice.… Continue

We lost our 16 year old corgi, Alfalfa, today. She was very old and had survived malignant melanoma for five years. She was deaf, almost blind and had arthritic hips, but until today, she still would wag her tail and had a healthy appetite. I am glad she lived long enough to enjoy Figg and Newton for a while. They made her a little younger and a little zippier for a few months.

My friend works at a local vet clinic. She was telling me about a girl who has a lot of dogs and some horses. She said he has a corgi that she brings to work sometimes, and its not groomed very well. She said the girl likes to buy expensive dogs. I don't know why.. but anyway she said she was selling a horse she had. I mentioned to my friend about selling the corgi..
Well the girl said she would give me the corgi. Unfourtantly it wont be until the middle/late summer. She is moving then and… Continue