My bf and I are getting a puppy, we're soooo excited. But we don't get along in picking a name, so far we've got: Pem. That's really the only name we both like.

We're Belgian, so not every english name sounds right ofcourse. But suggestions are welcome though! We're looking for a short name, max. 2 syllables.

Hm. Is a problem building, or is this a passing phase?

Now that Ruby the Corgi Puppy is getting to be about the same size as Cassie the Corgi and is filling out and looking like a grown dog, Cassie is beginning to show considerably less patience with her antics.

Of course, from the git-go she has "corrected" anything that was truly annoying with a fake "bite" (I've gotten in the middle of this once or twice and learned that the feint doesn't involve closing the…

Feeding my Corgi Pup - Need Advice on how much to feed her!

I am new to the site and excited to join the Corgi community.  I wanted to hear some people's thoughts on feeding a corgi pup.  She's my first puppy and learning a lot but still need help.  My girl is now 11 wks old and I'm wondering if I am feeding her the right amount of food.  From reading stuff online to what the bag says, there is so much of a difference so any advice from experienced corgi owners would help! Online, I've read anywhere from 1 - 1/2 cups per day but the bag…

Today our Winston passed away.

I've been remiss in not keeping up with his story.

He had a bad spell around Easter last year (2014)but pulled through after 3 weeks of tube feedings around the clock.The chronic anemia was diagnosed as Von Willibrands disease. He gained weight back and tho the hip dysplasia made it slow going, he did well through the summer & fall. His appetite came back, he spent hours in the yard playing with his cone and when snow came, he did his fair…

We are very excited to be joining mycorgi and wanted to say hello! Excited to learn from other corgi owners and how to grow up as a corgi in the big city! 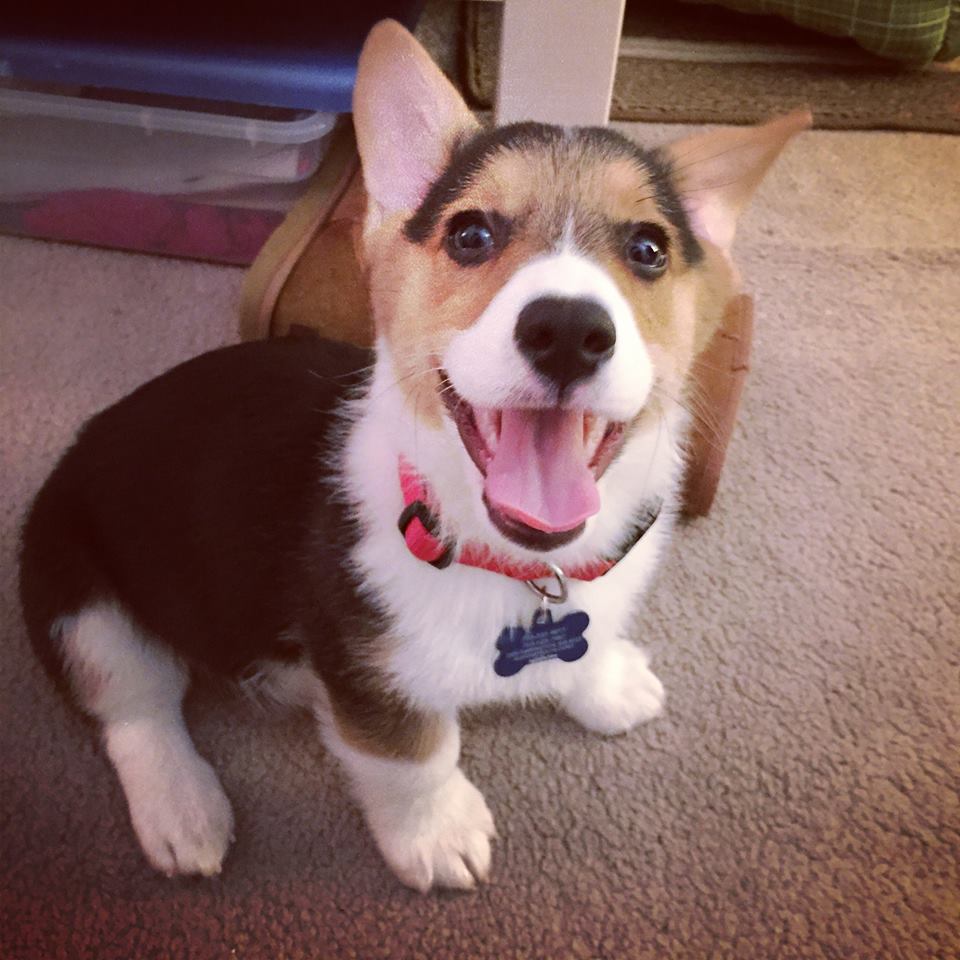 I am new to this site and wanted to know if there are any corgis in Wisconsin on this site. Douglas is 7 months old and has still never met his own kind before. (Besides his litter mates)

Let me know if you;re in Wisconsin and would like to get together (when the weather warms up obviously)!

Shippo and I hope everyone's having a great V-Day.  We're staying in and ordering a pizza - too COOOOLD and crowded outside. Love to all! <3

Campbell has been terrified of this giant ball since I got her. She would bark and bark at it until I put it away. Then one day, she took it on...and won! Cracked me up that I managed to get the "beach ball assassin" on film... 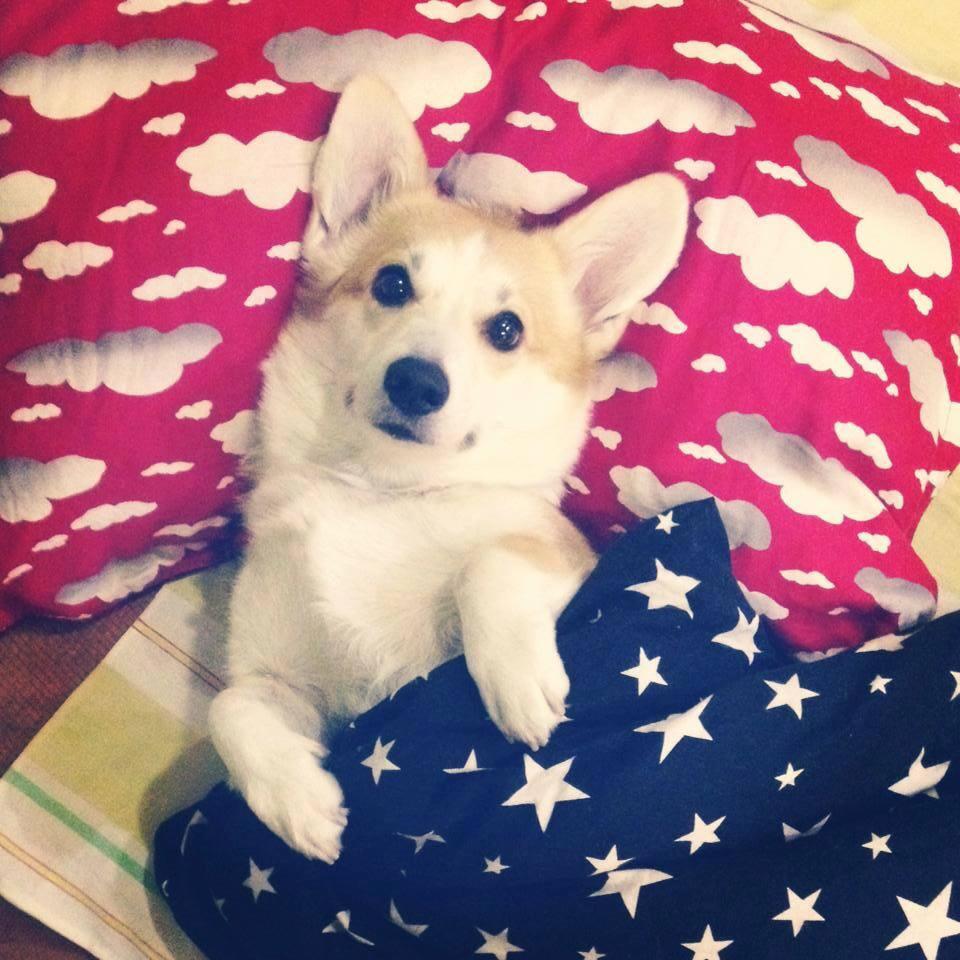 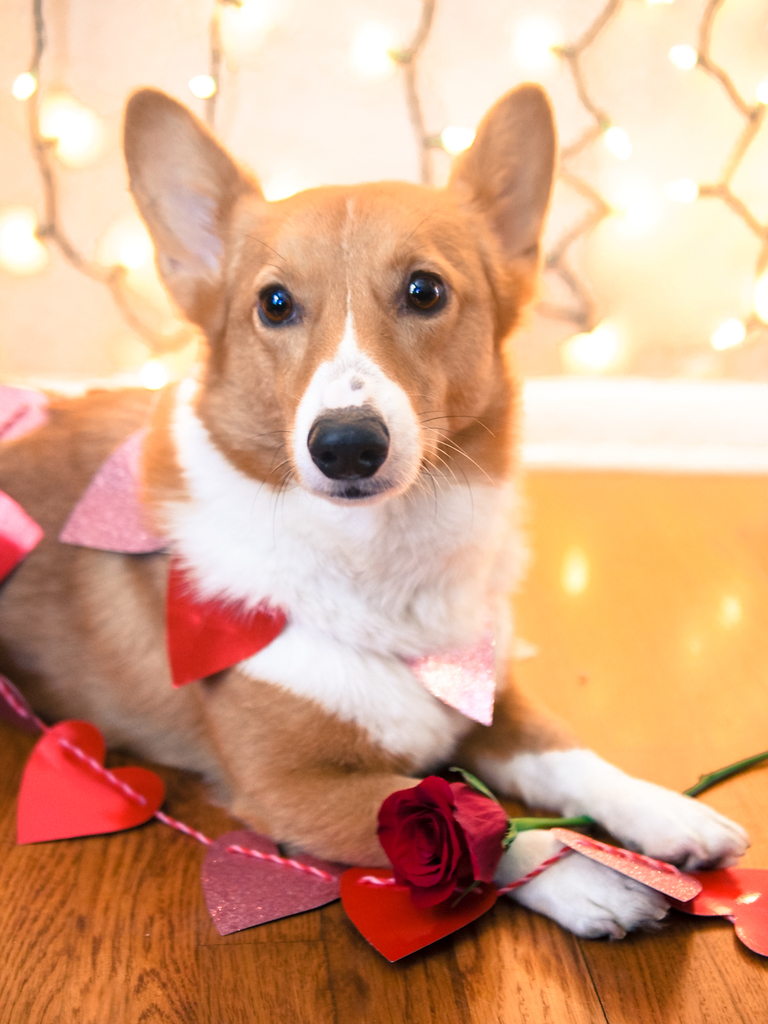 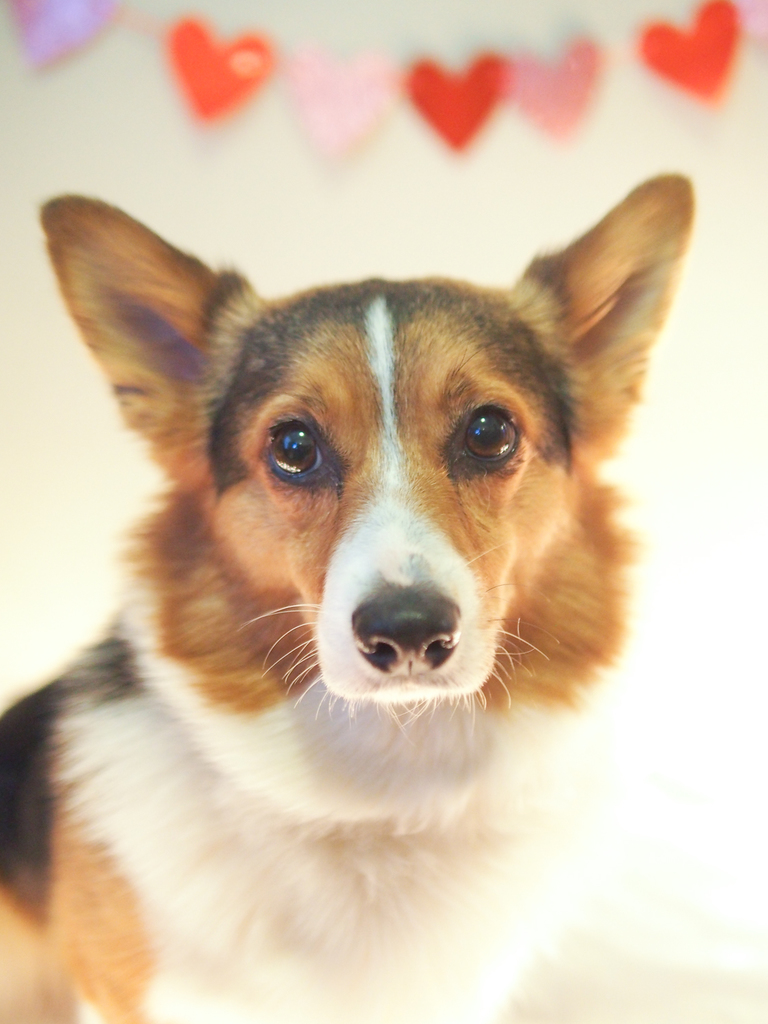 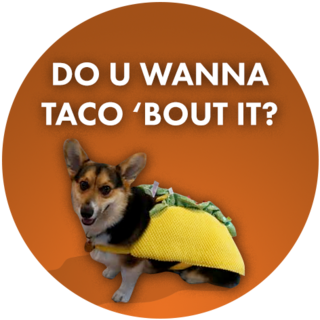 I've seen several posters on here refer to their dogs as “million dollar dogs” and I just wanted to ask to join the club.  Our pembroke, Jerry, has been full of infection since we got him. 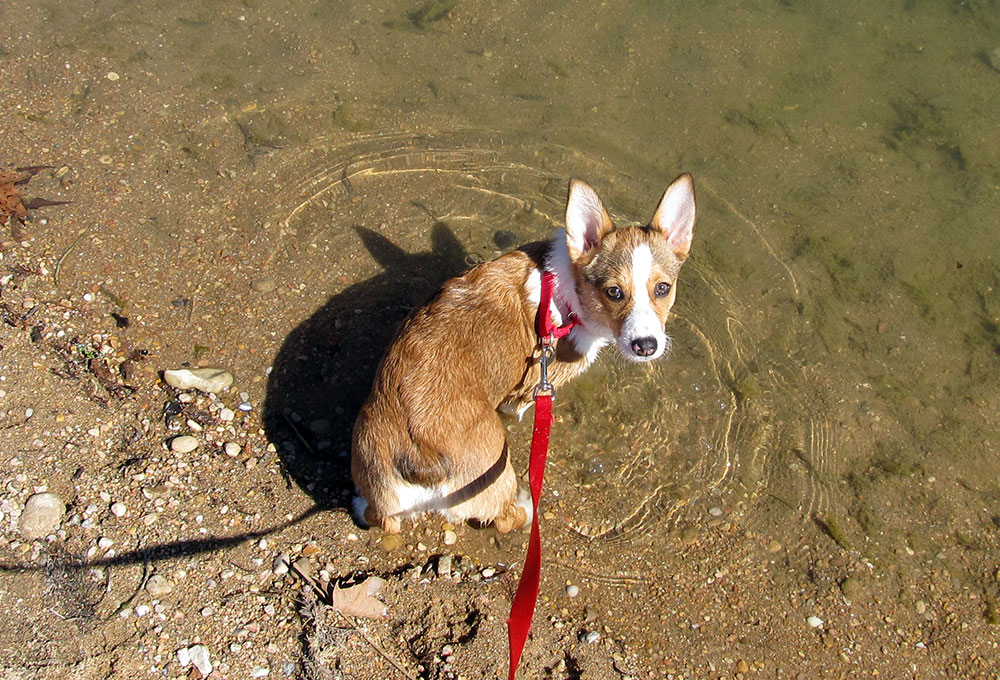 The weather is awesome in Austin, and we went on our first official hike today. Campbell is a little over 4 months, and I have been walking her a little more each week as she grows. It seems to be working, since she took on the 1.2 mile mini-hike with no issues. Her pads don't seem… 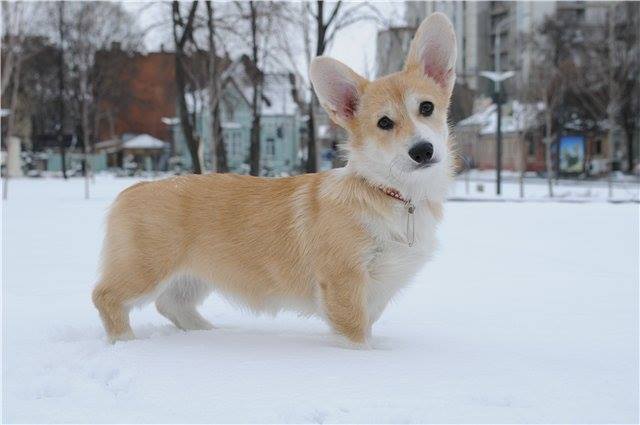 I know I already posted about the rock salt used on the walkways where I live but I am stumped again. We have 3+ feet of snow now and it is due to snow for the next four days so we are both limited to walking on the treated areas since the snow is over Sully's head and I have a physical disability that makes it hard to walk in deep snow. The combination of ice, extreme cold and rock salt on the plowed and shoveled areas burns the foot pads. Other dog owners here have resorted to carrying…

Well...my Ella was chasing tennis balls on the snow covered lake this morning when suddenly she let out a yelp and now she won't put weight on her back leg.  Anyone have this happen?

I swear I didn't go MIA! I've just been sooo busy with Nugget, Im sure you all understand.

Scare #2: Nugget has Giardia. Got it from one of Lindsay's new pups. I was FUMING! Very upset.

Scare #3: Ate an earplug. Oh boy. 200$ in x-rays and induced vomiting, lots of confusion as to if he even ate it or not, poops it out a day later. UGH.

Progress: Sit, Lay Down, Paw, NO BITE, NO! and thats about it! lol!

Its been a wild ride but I…

Anybody here knowledgeable about Pembroke bloodlines?

I have a dog that is likely a Pembroke Welsh Corgi mix (was a shelter dog with no history) but people keep thinking she might be pure. I find that unlikely but if she is pure she must be from some rare bloodline or something! Anybody know of a bloodline with her oddball traits? She's got hardly any white on her chest (and every Corgi I've seen had white at least covering the front of the chest) and her ears are pointed and close together.

Thanks for having us!

Thanks to Sam for approving me, I know you are discerning.

I can't tell y'all how much you have helped me and Campbell get settled over the past couple months. It seemed every time I googled a question, the answer popped up in here. You are a collective wealth of knowledge!

Campbell is settling into life with my little family. She has even charmed my 10 year old cat into playing on occasion.

She is a star wherever we…

I am new to my corgi, and I am hoping I am posting this in the right place.

Long story short, I have a 13 week old puppy and while she does learn pretty quickly, she is also stubborn! The biggest problem we are having is getting her to stop attacking our feet and ankles especially when we are walking. It really hurts, and the tradition techniques of trying to swap a toy out or yelling "ouch!" aren't working. This is especially distressing to my husband who fears…