I just witnessed her 5th eye injury-she was chasing a rabbit, hit a pile of cement my neighbor dumped over here and won't move and flew over the fence.  I heard a yelp, not sure if it was her or the rabbit. She thought the rabbit was in the tree and kept circling the tree and barking over there.  These are the kind of neighbors who'd cause trouble if they caught her over there, so I finally got her back here and she was acting a little "off" and sure enough a couple hours later, her eye was…

The bunnies are here!!! They're called Netherland Dwarfs. Mom was very slow about the whole introducing thing, but once it happened, I was glued to them. Mom and Dad named them Bombur and Thorin from this movie called "The Hobbit". They come out to play all the time. They dispense these little round things that smell like grass. I tried one without mom looking and they're really good, but mom caught me one day and said I couldn't eat them. It's okay though, I still get to play with the…

Mom and dad keeps talking about things called bunnies. I don't know what they are, but they sound like fun. I wonder if they're big like me or small like those things I chase in the yard.. the ones with the big fluffy tail that climb up trees. With me utterly concerned and confused, mom and dad took me to the petsupermarket to see these so called fluff balls..... Oh my gosh the fluff balls are so cute. But not as cute as me. I wanted to play with them, but they were in these tall cages. I…

I Have A Father!!

So mom has been dating this really nice guy for 7 months now and he's amazing at belly rubs. He sneaks me table scraps but mom gets onto him. At least I'm not getting in trouble. He calls me his princess and tells me I'm pretty, gorgeous, and beautiful. He loves playing fetch too! Sometimes I don't go get the stick and he fetches it for me. Overall, he's an awesome dad. I'm glad mom finally found someone for me. And for her.

Hi guys! I saw that there was a corgi meet up here in Az at the beginning of the year, does anyone know if there will be another one? I'd love for my little girl to meet more of her kind and get her more socialized!

Trip to the Beach 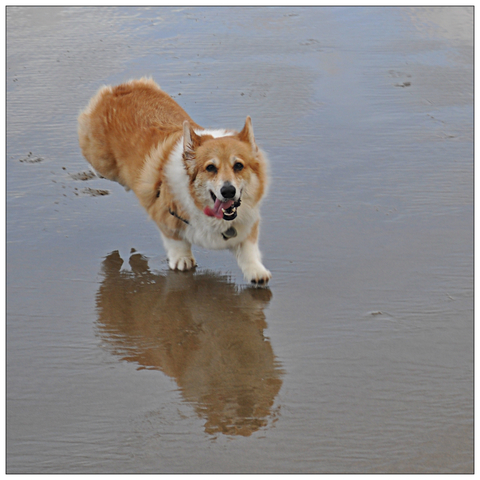 We went down to Cannon Beach. This was Teddy's first time out of state and first time at the beach. As soon as his paws hit the sand, he was in heaven. He had a great time and got all nice and dirty and sandy and muddy. We were joking that he was a tri because at one point his face just covered with wet sand.

I was really proud of him.… 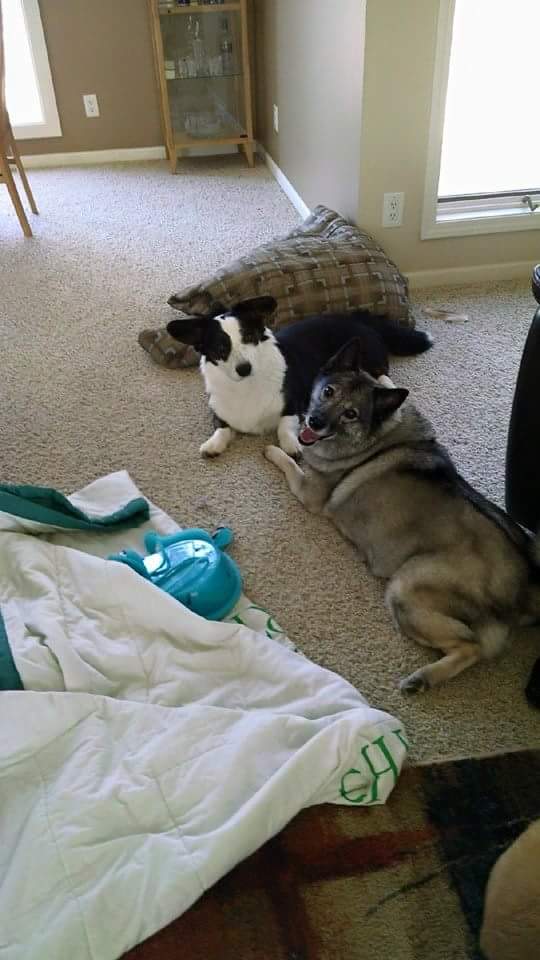 We received good news recently, my daughter and her family are moving back to Michigan from Denver.   I am thrilled that they ( including 3 grandsons) will back in our town! While they wait for their movers to get here they are staying with us. The bonus is their dog , Belle, is willing to play with Watson and so are my grandsons. He is so very happy since Izzy continues to…

I am hoping someone can help-I have had my 5 yr old girl for not yet 5 months.  She has had 4 eye injuries, the last 3 requiring a cone and pain meds.  The first 3, she saw the vet that's in with my regular vet and was treated for eye punctures from apparently running into things (chasing rabbits)  Her eyes were stained and the vet showed me the injuries.  This last Sunday, she woke up, couldn't get one eye open and the other barely, so ended up at the emergency clinic, which is fairly new… 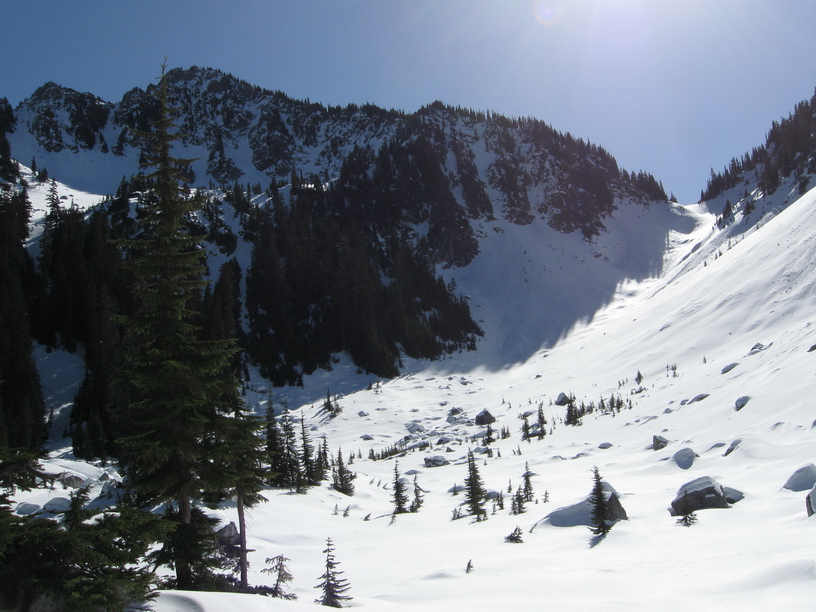 How to use a crate AND a play pen?

SATURDAY (yaay) we're getting our pup, Pemmy. I have bought or borrowed everything I need to welcome this pup to our home. I am currently unemployed so I'll have plenty of time to train and play with her.

I was just wondering, how do you use the crate AND an Xpen? When do you put the pup in the crate? When to put her in the play pen? Do you put the crate IN the pen? Our outside the pen? I know that the crate is most efficient for housebreaking a pup. 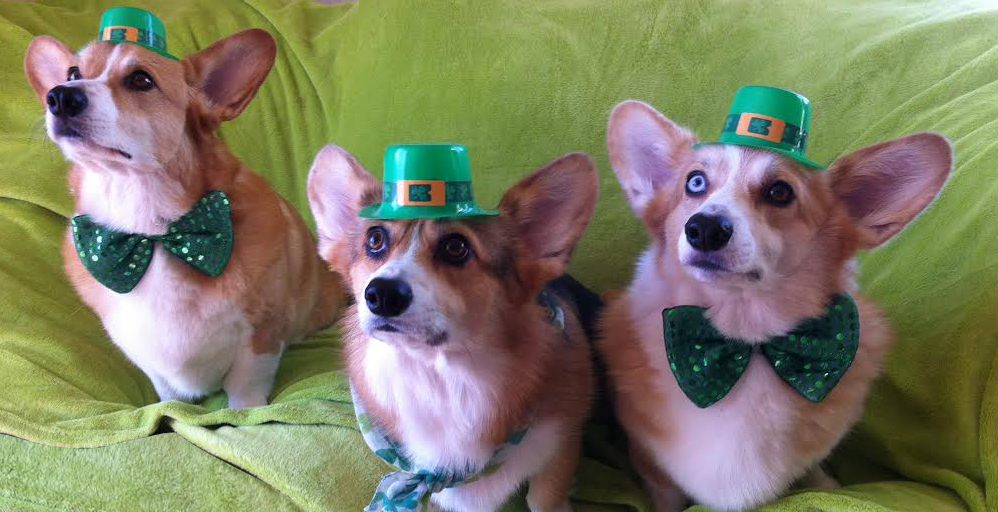 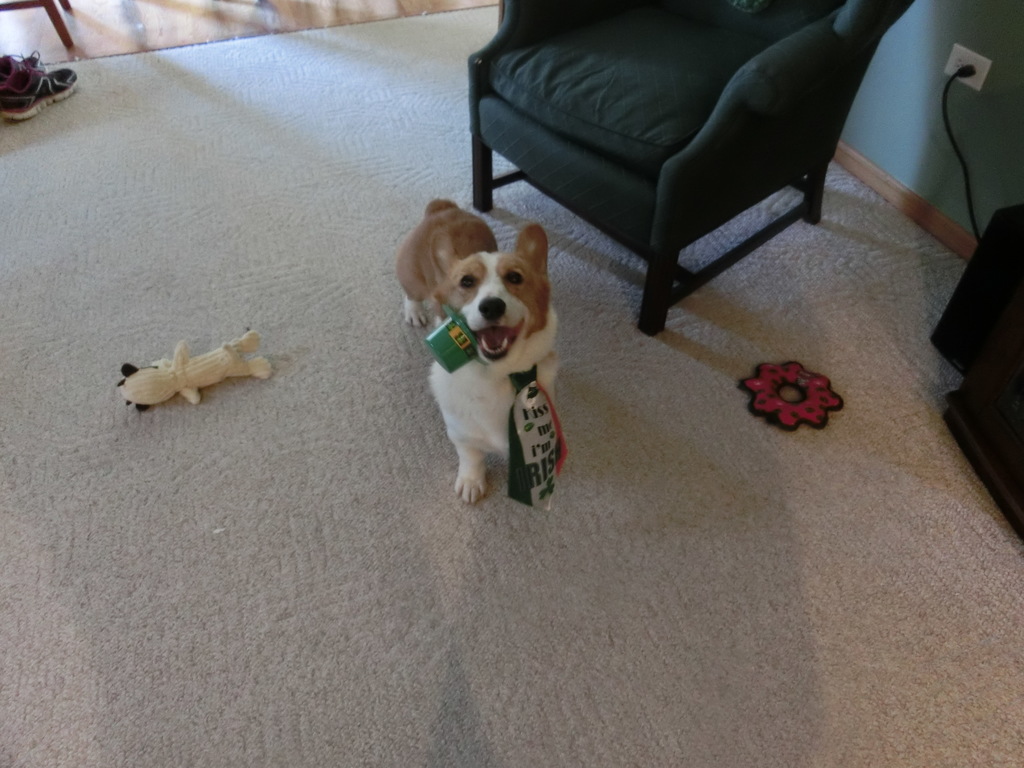 New to having a Corgi

DSC00589.JPGI just adopted my brothers 3 yr old corgi. He had him on purina chow food. After reading and searching I have changed Earl over to Pure Balance Wild and Free. Bison and Pea recipe. Grain, soy, corn and wheat free. 4 star. He has hip dysplasia. Since I have had him 1 1/2 weeks, he has no steps to climb and no hard wood floors. I take him to the park everyday after dinner at…

Hi everyone! So sorry that I dissapeared for a long time...Caught up in puppy life and figuring out he balance. I think we've got it down pretty good now.

Nugget has grown like a weed and is healthy, thank goodness! We've had him for 50 days thus far and he got his last shot today! Woohoo! Time to show this pup the world!

Literally! I'm going home to Chicago for the month of may to be a temp at my old job for a girl's maternity leave. I'm nervous yet excited.… 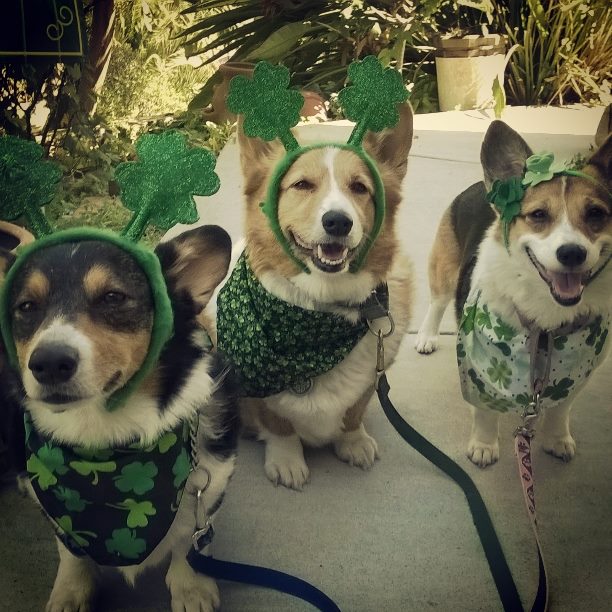 Corgi Stolen From Yard In So Cal

Toby was stolen from his backyard this morning in Arcadia, CA.  If you have any news you can contact me thru here or others on IG @corgilexi or @corgella.  It was also posted on the SoCal corgi FB page.

You'll probably recall from my last post that the other day Cassie evinced a moment of snappishness toward Ruby the (former) Corgi Pup. One reader expressed concern that some dominance aggressiveness might be developing. Further discussion of dominance issues appears in a new discussion string, where the OP describes using a…

The topic of discussion is "dominance".  I have had dogs for most of my life. My first corgi (Torgi)  was definitely that, dominant, but because I was so young (13), and had had no training on the subject, just assumed that this was who he was and that was that. Then a lab/border collie, and  then consecutively two golden retrievers, one whom I still have, but all definitely NOT dominant!  And now I have Tilly, the dominant wanna be tri-colored Pembroke Welsh Corgi!  What a great…

New to the group

HI everyone, thanks for the welcome to the group.  My name is Rebecca, and my corgi's name is Timber.  We live and play in Anchorage, Alaska.  I met my first corgi in Fairbanks, AK, and I've been hooked ever since.  I've often heard that I shouldn't get a corgi because I'm the adventurous type.  "That dog is too short to be climbing mountains; you should get a husky or a lab instead."  Otto - the corgi that inspired it all - was definitely one adventurous dude.  Then I found this group, and…

Hello everyone I'm new on this site :)

Hiiiiiiii everybody!! I'm new to this site and already learning so much from all your experience. We got our first corgi about a month ago and he'll be 3 months by the end of this week. He already knew about 5 commands which I think is good. However he is still SO hyper and sometimes he just can't seem to resist biting our pantlegs! Anyways I hope to get to know you guys and maybe arrange offline meetings so our dogs can hang out (I'm looking for chances to socialize Yayo)