Shippo at the Nature Walk

I took Shippo to this little walking trail in the city of Logan, UT today, with my boyfriend's sister Lexi and her dog, Joey. I just thought I would share some phone pics of our time there. =) Also, please ignore how terrible I look in these pictures LOL.

A number of years ago--too many really--The Carpenters sang a song called "Rainy Days and Mondays," in which Karen sang "rainy days and Mondays always get me down." Well, we finally had a rainy day here in arid Central Illinois and it didn't get me down at all. We didn't get nearly as much as we need but, at this point, anything is welcome. It was something new for the boys. We haven't had any "real" rain since they have been here. Since it rained most of the day, it was…

Today we took Pippa and Dante to my dads to visit Pippa's brother, Thumper, and to enjoy some leash-free time. Three corgis on three acres-they all had a blast! I dont think Pippa has ever been this worn out and content. I am going to have to do that again soon (and with tennis balls)!

Just Who IS In Charge?

Huey and Taffy were sitting on the deck one fine afternoon, enjoying the lovely weather.

Taffy: Are Mommy and Daddy still in the house?

Taffy: Have they gone potty yet?

Huey: No. And they're not coming back out until they do!

Picked up our daughter Kaelyn from college last Saturday, so Baya had to add a new member to her pack.  Kaelyn currently has to work her way up the hierarchy. Baya proved to be a good traveller as she survived about 7 hours in the car that day without any side effects except for working off a little excess energy after we returned home.

She has started herding the two younger cats, and she and the older Siamese have decided on a mutual standoff for the most part(with some…

Vikki has some dark marks under her eyes from tear ducts leaking I'm guessing. I was wondering whats the best way to clean those? It looks icky, lol.

HOLY COW! WHAT A DOG!

Bailie is pretty much potty trained for the most part but last night she peed in the floor and today popped in the floor and later peed on the couch without giving any warning and she is normally very good about giving warning. I wanted to nip this in the bud bc I don't want her to start going inside again. Any idea what the deal is?

We have been trying to teach Bailie to hold objects in her mouth but I'm having some trouble. She'll take the object but drop it right away. Any suggestions on getting her to hold it til we tell her to drop it?

We are loving this puppy!  She has adjusted to our home perfectly, she is playing hard, learning to have quiet time and nap time in her playpen and sleeping all night in her crate next to the bed.  Training is integrated into her whole day, she has a beautiful sit, although she is not motivated by training treats as much as tiny, tiny bits of cheese.  She is quite strong-willed, as I expected, and immediately decided my 6 year old son was HER play toy, joyfully stealing his socks and herding…

Looking for another corgi....

Now that is has been awhile since we lost Arthur, we're looking for another.  All of our pets have been rescued.  Breeders are nice we just can't afford that path.  We'd really like a dog young and healthy enough to play with our other corgi - Jake.

I entered photo of Sidney and me in the Dog is Good Mother's Day contest. Voting is live now! You can vote once per day. Would you consider taking a moment to vote for us?

This is the photo: 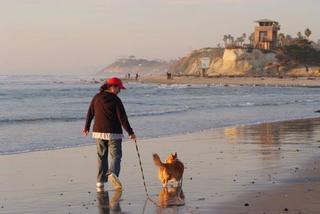 And this is the contest link:…

It's amazing how things happen sometimes. A couple of weeks ago, my wife was trimming bushes on the south side of the house. By her own account, she was somewhat mindlessly trimming away when she went over the nest of a Mourning Dove and nearly decapitated the resident--a not too young baby. Fortunately she/he ducked. The damage, however, was done. The nest was exposed and the hot sun beat down on it. She was so upset with her self and the plight of the mother and baby. I went to look, and…

As you all know, we just got Vikki. I put food out last night for her, figuring she wouldn't eat since it's a new house, etc.

She maybe ate 2 little nuggets of food. This morning, she maybe ate 2 as well. I'm a little worried and I don't want her to starve! She's playing and snuggling, just fine. Just.. not eating..

I know it's normal since it is a big change, but how long is to long of not eating?

I'm new here to the board and I thought I'd say hello! I joined initially hoping to find a Corgi and adopt one into our home. Well, I am proud to annouce, we found one. And she seems like such an angel!! She is 2 years old and is a tri-colored Corgi. I am in LOVE with her already and she's only been home for 2 hours! I also have 2 cats that are my babies and I was very worried about, but so far so good! No growling, hissing or fighting.

She is just so…

We drove from NM to CO over the weekend to pick up our tri-colored, 5 pound bundle of puppy cuteness!  I am so in love with this little girl!  She slept during most of the 6 hour drive home, she slept perfectly in her crate last night with 2 potty breaks and no crying, and she has made herself perfectly at home.  She has already shown us she is a proficient frapper and loves to swim in her water dish!

Some memories make us laugh, and some memories make us cry. Either way, they remind us of something we loved. When the irises began to bloom around Stinky Wink's grave last month, floods of memories washed over me. I still cannot take a shower without seeing him sitting at the bathroom door, waiting for me to throw a toy down the hall. 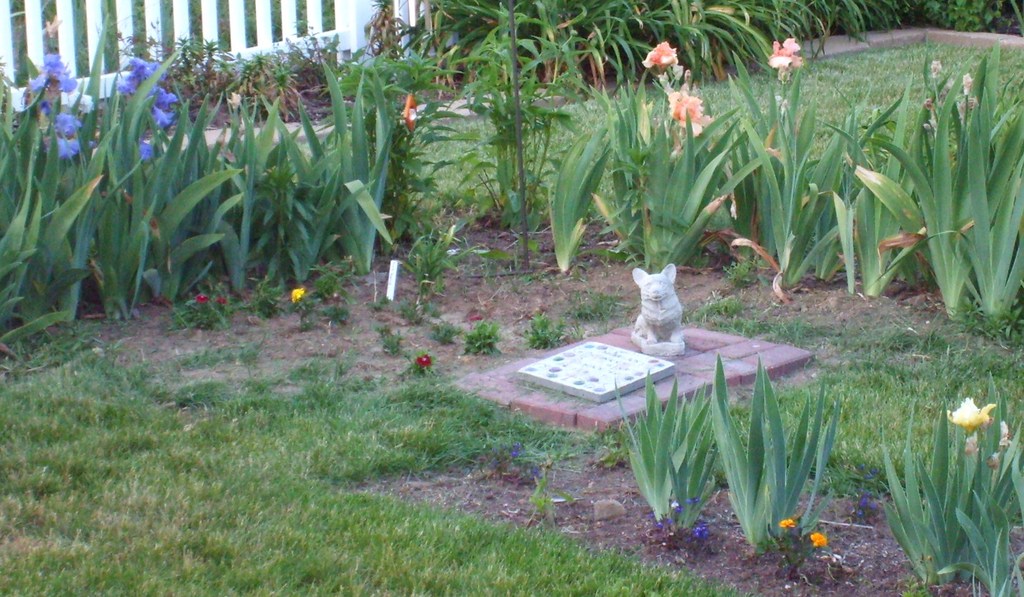 I hear him when my wife would come home,…

I've never had my own dog before, so I'm trying to compile as much information as I can before our little corgi comes home in July! If I'm missing anything, pleaaase let me know!