What a great day

I got to spend all of today with Sally. She really enjoyed going to the store with me to pick up her new travel harness so that I can strap her into the jeep more securely and not have to worry as much. She loved being able to be in the seat on not having to ride in the crate or on the floor! Of course she also loved personally greeting everyone she met in the store. She's outgrown her puppy collar so we got to choose another of…

Ok well it's not exactly a major win but for me and Baloo it is. He won a point tward his CH on his first real AKC show YAY!! He got 1st in the 6-8 month old males, best of males, and winners dog. I guess all that training we did worked well. Also i got 1st in my junior showmanship in novice senior even though i was the only one in the group lol.

Today I started to mix new 'customized' food to Jeter's old food(Wellness).
The new one is a trial package(2.5 lb) of RedMoon dog food.
We went to the Pet Expo on March 21st and when we stopped at this company's booth, they had a free trial promotion.
We didn't know many things about this food but after speaking with the representative, the product sounded good enough to try. And it was for free :-) 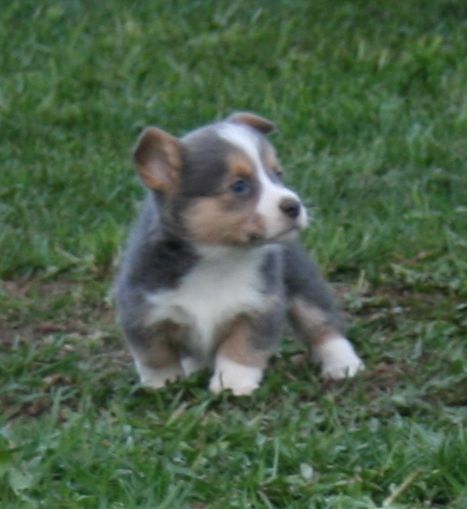 So all of my ideas for puppy names have been shot down so far. If I like it, someone else in my family doesn't. If they all like it, I *hate* it. It's getting really frustrating because they're trying to be silly and joking around, which is fine every once and a while, but naming a puppy is a lot like naming a baby. I figure I just won't know until I meet her in person.

The Paws in the Park Fund-raiser was this past Sunday. It was a beautiful day! 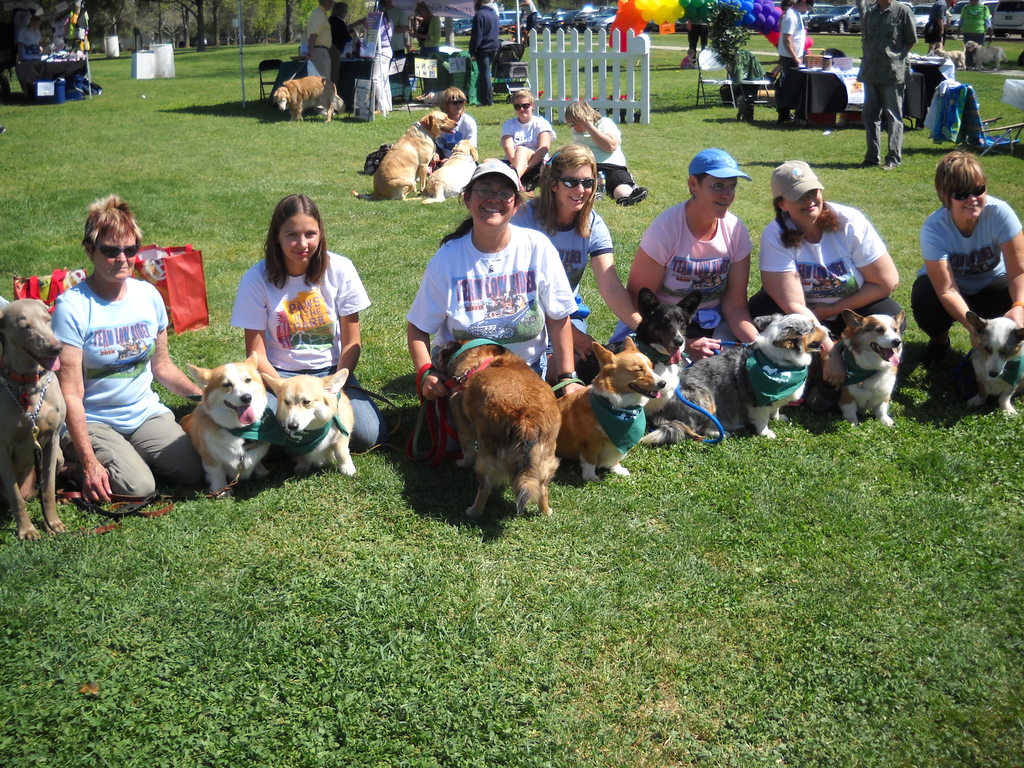 This is just a part of our team. We had 21 registered team members, of which I found about 15. The corgis got along great and we got a lot of attention! Most of us walked the full 2.5 miles, and the doggies slept really well that night.…

BIG QUESTION FOR ALL CORGI/HUMAN PARENTS!!

I've waited my whole life to finally be in a place where I could afford a corgi, and have a home with a yard big enough I feel to accomodate one. I found an awesome breeder, and the pups are due in 2 weeks....I have first pick and I'm soooo excited. So whats the problem??? i don't have any kids, I'm 29 years old and found out last week, I'm gonna have a human baby too!!! I'm due in late November. My question is will I have enough time and energy to give to my puppy, or do you think I should… Continue

My little Maxie is a big boy now...*SOB SOB* were did my BABY go!!! now tommorow He gets Neutered!!!

Well, it's Spring Break and as a teacher, I usually look forward to having a week just to catch up on housework, schoolwork, and well... work. This year is different though, with our new corgi. I'm actually spending more time just relaxing with her, and it feels like a true vacation! I had no idea when we got her that corgi's got so much attention, everyone wants to pet her when we're out. (I cant say that she doesn't encourage that behavior!) Anyhow, I'm just really thankful we have her!

Today mom let us go play in the mud, since it was bath day anyway...we had soooo much fun. Today was our favorite kind of weather, cloudy, cool and wet. We don't care for playing in the summer, we get hot and hide under any nearby tree/chair/shadow.
We especially liked chasing each other. Bear is…
Continue

Well I have finally finished redeveloping my site and with that task done I've been getting videos of the puppies and posting them on youtube.com. I am getting more tech savvy!!! I have some plans for videos in the future that I can not wait to take and hope they turn out the way I am imagining them. Kiara and Barons puppies are 6 wks old now. Took pictures last night and am posting them to share. Enjoy!
Fergie…
Continue

New Addition to the Family, Hopefully not for Long...

If you read my blog post about my dad's dog Betty you know what situation she was in and what kind of dog she is.

In short, my dad kept her restricted to the kitchen and backyard 24/7 for the past year. She spends significant amount of time in her cage and is never taken out for walks.

Being a boxer mix she is extrmely hyper and needy, constantly wants attention and playtime. Will whine if left alone and destroy things.

My dad's busy and he doesn't have enough time (or…

But that is something that is going to litterally Break my heart and im worried about is when she dies.. i know she still has a few good years on her... But from time to time.. i bawl at…

Oddly enough its been a nasty day... Ace of course doesnt care.. he wants to romp around in the mud and get filthy =) especially since he got a bath the other day...-Sigh- children lol

its cold and rainy typical oregon spring i guess =)

Mom made Ace a couple toys today using Denim from a pair of jeans she is turning into shorts for my neice... Ace of course enjoys anythinghe is allowed to play with =)

In the process of making a video of ace…

I'm back! With news!

As of the middle of April I will be getting a new Pem puppy! She's BLUE! Not merle, just BLUE. It's adorable! I'm all about the odd colored corgis!

We're thinking about calling her Lyra. Is that a good name for a doggy? On news, Zephyr had her…

My first pup and my favorite(he's just like his daddy) left today. He will have a wonderful home and lots of love! It's just hard to see that 1st one leave the nest! It appears the other pups realize it too as I have never heard them so quite! Hopefully we will see Chili(???) on here soon! Chili decided from the start that he was going to try everything possible to go home with Wiggles!… Ace got all hyper because he Heard his food alarm go off so he jumped in my lap .. so we did our normal breakfast feeding and he inhailed his food then immediantly jumped back into my lap.. he has never done this before while im at the computer.. maybe he sensed my blue mood and wanted to make me feel better

I know dogs have one of those extra senses in that area.. it just made me feel good he wanted in my lap instead of killing eeyore like he loves to do so very very very…

Apparently I am in denial! My husband informed me yesterday that according to his calendar Sparty is actually going to be 12 this June not 11 as I thought. I of course had to check and he is right(always hard to admit that to hubby) my baby is going to be 12. He seems so young in so many ways that I have a hard time thinking of him as old but I will just have to accept it I guess! The vet did send me a reminder that Sparty was due for his Senior checkup which I figured they did not realize how… Continue

I have to tell you about our corgi adventure last weekend at the Fairhope Arts & Crafts Fair. It's a BIG fair! The entire center of town is closed down and vendors and artists are everywhere. Well, we decided to take the fur-kids.

Every two booths we were stopped. Are those "cor gees?" Ughh. No, they're corgis. Not all of them, right? What's the other one with the tail? Sigh. It's a corgi, too. Can I take their picture? Yes. We didn't even get to see the… Continue

Wow has it really been 2 months?

Sooo Me and Mom were cleaning the livingroom somewhat the otherday and Found a onezee mom had Gotten Ace after I got him =) he was ALOT smaller when we got him.. He outgrew his First Harness and most likely has outgrown his first Collar *managed to lose it in the livingroom somewhere* and Several Puppy clothes mom had gotten him... lol I know ... what a weirdo you dress your dog?

Lol but the Onezee that said woof was to cute to…