brought moka home from the vet today. She was fixed yesturday. She is 16 weeks old and weighs 6.6 pounds.  I guess that is a normal size for a female puppy at this age not sure.

Henry and the Birthday Cake 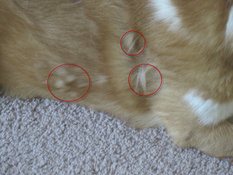 Tobi has finally started blowing her coat. She's much more patient with her plucking-obsessed mum this summer. :)

It's hard being so cute!

My friend convinced me that I needed to blog about Emmy's everyday adventures after seeing pictures of my adorable puppy doing silly things. Since this website provides for that, I thought this would be the best place for that! So I guess I'm starting a little late. Emmy is 12 and a half weeks old and is my bundle of joy. She even lets me hold her in my arms like a baby. This little thing is already almost 7 pounds! She was only 3 pounds when I got her and I can't believe how big she is now.…

Bailey was Broken - So it was time to get "FIXED".

I just thought that would be a funny title to use for this blog.  I always thought it was humorous when people would refer to getting a dog neutered or spayed as getting him/her "fixed".  I have 2 nephews, one is 8 and the other is 4.  Zachary (the 8-year old) understood what was happening so we used the appropriate terminology.  However, we told Ryan (the 4-year-old) that Bailey was getting fixed.  He replied....."how did Bailey get broken?"  Gotta love kids.

I have read the posts on here about which vacuum to use in homes with corgis.  My question is what is the difference between a vacuum and a vacuum with the word PET in front of it?

We have a 3-4 year old Dyson vacuum.  Since we have adopted LeeLoo, it has slowly started to die.  I cleaned it last night and gobs and gobs of hair and dirt were jammed in the hose up to the canister.  Do PET vacuums not have this problem?

We need a new vacuum fast!  I have researched…

Today we inducted a new corgi into the family, Meet Suzie, Who we got from our breeder. We loved Cooper so much we knew we needed another Corgi 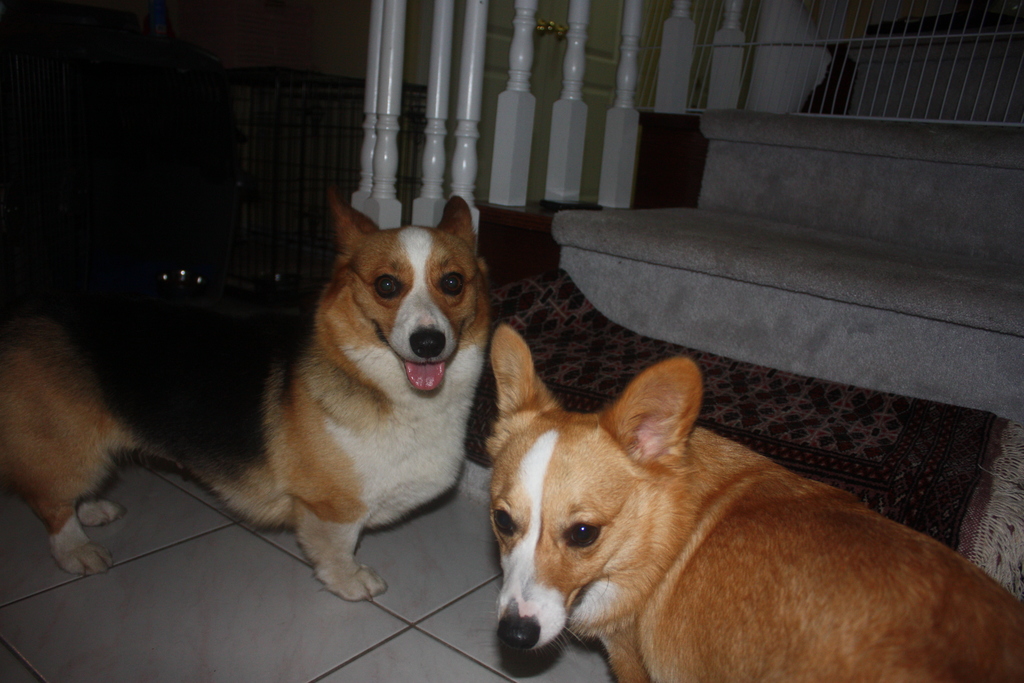 She is very calm and still exploring the house, with Cooper just following her everywhere. We Hope she soon adapts and gets along with Cooper very well!…

It's been two weeks since Bento joined our home, and Bento has learned many things.

Edmond, The Count of Monte Christo, has come home!

He is such a sleepy puppy, but this makes crate training a breeze. He whined once for 20ish minutes, I put it headphones and read a book, and he passed out. Other than that he has had once accident (he found a piece of paper, since he was used to newspaper, easy cleanup lol) and is such a doll. I am thrilled to have him with me, and I LOVE finally having a male of my own (the last male in my family I was only 6 or 7).

After 5 years of waiting my…

When we started the intermediate class & I heard the requirements to pass the test I thought there wasn't a prayer in hell this dog would pass.  After 2 weeks, I thought, "He just might do it!"  Well he did & I'm the proud, proud mama.  We stopped on the way home & I bought him a frozen yogurt cone(his first).  He licked all the ice cream out carefully & I had to show him he could eat the cone.  He then ate the whole thing.  I hope he doesn't throw up.

Max and Zoey go on their first hike

So yesterday we ventured to the ancient lakes/dusty lake trail. Its a 3 mile into dusty lake which is where we went so we could fish. Its mostly desert-like until you drop over a hill and the lake is right before you. You wouldn't expect it to be in the middle of what seems like a waste land. The pups had a blast. The way there wasn't as fun as the way back. It was hot and dry, but they kept on truckin. It was worth it when we made it to the lake. They both just…

Ellie has settled in quite well here and has started opening up more.  She chases Yuki, chews the rug, tries to drag off the children's stuffed animals and lavishes us with her puppy-breath-scented kisses.  I'm working on teaching her what she can and cannot chew (lots of "no", redirecting to puppy toys and the occasional yelping noise are working great) and I am also working on teaching her how to sit and to come when called.  I also make sure to give Yuki lots of attention so that he…

Corgi went to beach: now throwing up and pooping out sand

My corgi and I went to the beach yesterday. I guess he ingested a lot more sand then I realized! So he started throwing up last night. I decided to not feed him and just give him water to hydrate. The next morning it was a mess full of throw up and poo (basically brown liquid and sand).

I might just see how he is for one more day and call the vet tomorrow. But I'm worried if it is more serious? Has this happened to anyone before?

I was planning to just hydrate him and not give…

Just came home from the World Dog Show in Paris. What an amazing experience! The last time I went to a dog show, it was in an exposition hall back in Hawaii, in the 90s. Needless to say, this show was bigger by several orders of magnitude.

It was inspiring to see not just beautiful animals, but the people who loved and cherished them so very much. You could just feel the hopeful and happy energy buzzing throughout the place. And what a huge place it was. By the end, my legs…

***Reblogged from my blog MyDogIsFunSized.blogspot.com ***

So I picked up a new book today called "How Dogs Think" by Stanley Coren.


I will admit that I was lured by the fact that it has a corgi on the cover. However, I had somewhat recently finished reading a book called "The Wolf in the…

The Journey to Becoming a Corgi Mom - Part 3

Today was finally the big day!  Despite a changed flight and a delayed arrival, our little Ellie is finally here!  I was so worried that she would be stressed and exhausted after her trip here, but she has been just perfect!  She didn't bark or whine on the way home, just sat in my lap and enjoyed the scenery.  After getting home she had all sorts of fun exploring our kitchen and climbing all over us.

update on my Corgis

The lads are both over 2 years old now and it is nice that they don't feel the need to destroy everything around them.  I think it was a teething thing and not really a negative trait.  I have given them back some of their more delicate toys and so far there has been no destruction.  They are still just the best kids in the world and being with them is the highlight of my day.  At this age they seem to be more independent of each other, which is surprising as they have always been so close. … Continue 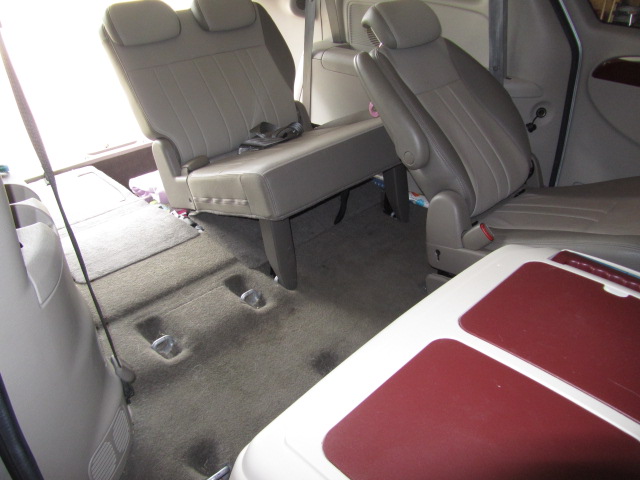 Well here we are after not knowing if we would be able to take this trip this year, we have decided to go.  It has been 2 years since we have been to the Upper Peninsula to visit my in laws.  In the past, we have always had  Lance in between the seats, behind the drivers and passengers seat, with each daughter on one side… 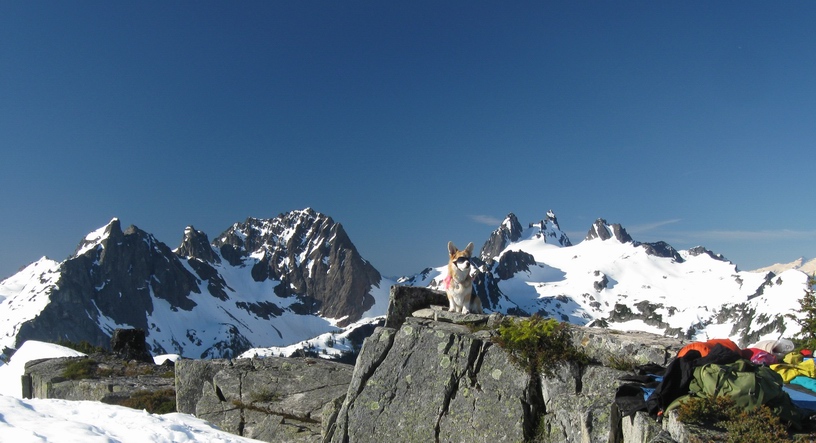