The Real Purpose of a Crate--A Corgi's Point of View

I know a great majority of you out there are strong believers in crate training, and I certainly don't knock it, but I wasn't sure if you really understood the true purpose of a crate. So, I thought I would share with you how Brodie uses his crate.

Now, Kadi has had her wire crate in her x-pen right from the start and she used to sleep in it religiously. We never shut her up in it, because her pen is in the basement and that gave…

could this be complications from an IV?

Chloe had her teeth cleaned Friday.  The dentist put her on IV to sedate her.  Her teeth look great. The paw that had the IV is now painful to the touch.  I took her to the vet after she yelped and almost bit me.  I wonder if it could be something that happend with the IV?  She is not limping at all, but touch it and it is painful.  I got her some pain medication from the vet.  I am thinking of taking her back Friday if it does not improve.

This past Saturday was the 5th annual corgi walk in the Pearl. We had a wonderful time and a rough count estimates there were 255 corgi's. Can you imagine seeing all of them in one place? It was fun and we literally stopped traffic, brought people out of stores and their homes in order to see our group. One of the funniest comments was a lady who just walked out of the store and saw us and exclaimed "it's the corgi walk. This is the best day of the year!" She then promptly bent down to pet…

Stitch and I are new to My Corgi.  I wish I had known about it sooner.  I found this site while looking for help for my little Stitchy.  Sam's post on Mocha and Vienna came up in my search.

This is our story:

Stitch came to us 7 years ago at 3 months old, as a dog for our children, then ages 7 and 9.  I have to admit, when we saw him for the first time, I knew nothing about Corgi's and thought, " How in the world is he going to keep up with the kids with… 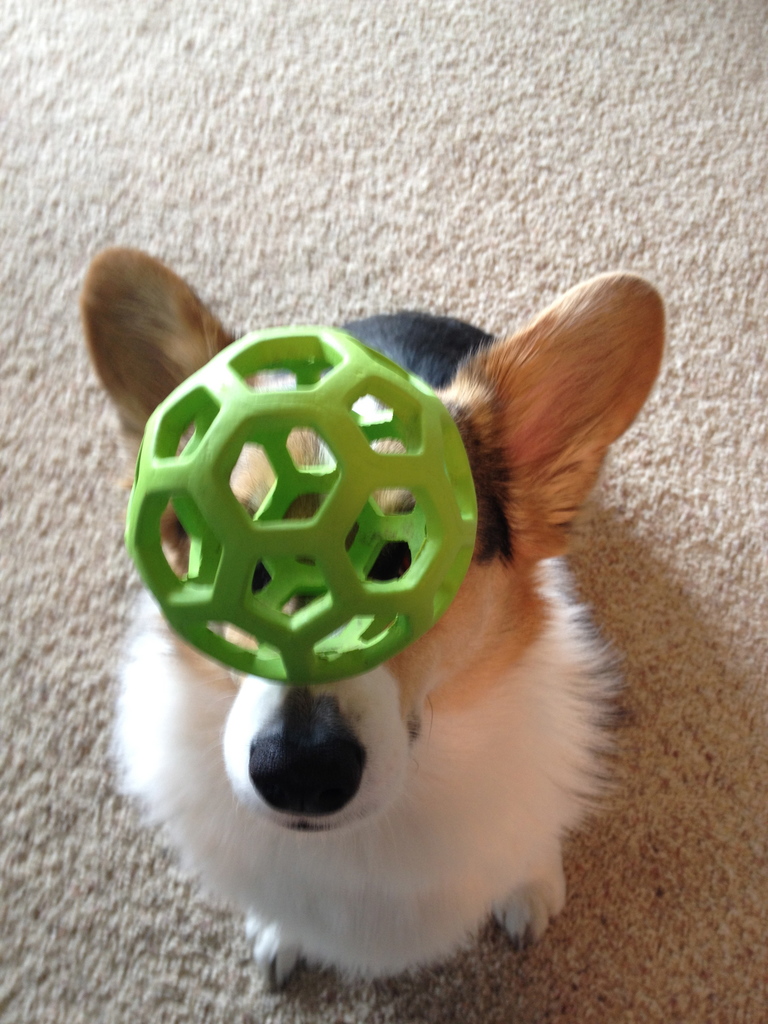 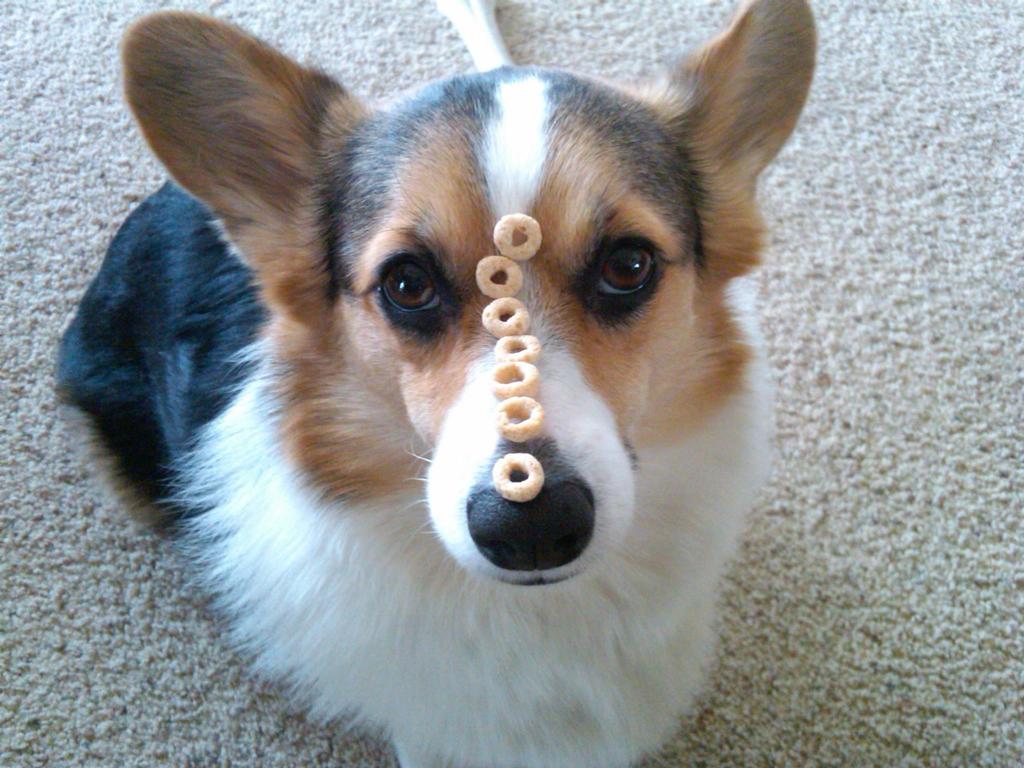 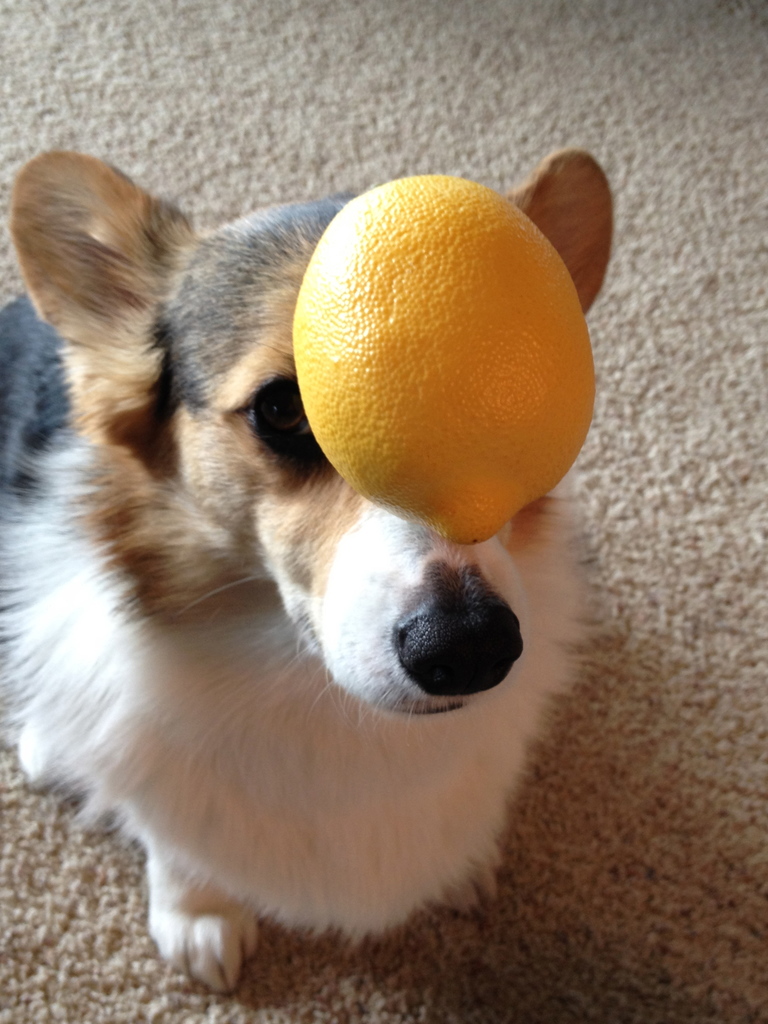 Delia is really something else. First, I have never had a puppy this young. 5 months had previously been my youngest. And Second, I have never had a small ish dog. My other dogs are a German Shepherd/blue heeler mix and a black lab. So when I got the unexpected email that there might be a puppy for me, I was all smiles.

See, after expecting to be in a little born in June, I was informed that the mom did not have enough in her litter to get down to my name on the list. I was…

Good morning everyone.  Just thought I'd say hello from Tennessee.  I am picking up Ruger this week sometime.  He is a red and white pup, and will be coming home to live with us.  I am very excited to go and pick him up!

I understand Sammie is part lab but she has a spot on Corgi body with a lab head attached. I saw the most beautiful pure corgi today which is rare here. I want one so bad!!!! But back on subject. Sammie brought me a mouse this morning and this wouldn't be the first time she brings me a dead friend... She brings me birds. She has never once eaten them just carries them around and brings them to me. So gross.

Corgi Walk in the Pearl District

Was our first time this year :D

I was slightly excited and nervous at the same time lol

Ace was nervous as well.. he kinda.. froze when he saw the amount of Corgis there was
that was until he saw puppies and decided 'Oh This is great' lol
He also got excited due to Seeing our Fellow MyCorgi friends Mary and Rosie :D
Ace was all eeeee when he saw Rosie and decided that everything was ok once his Buddy showed up :)
He played with a few other corgis and…

Hi everyone, just wanted to let you know that we have decided to listen to our breeder and return our 12 week old corgi to her.  She's also the rescue coordinator for new england so she's either keeping him, or placing him with another experienced corgi person after she spends some time evaluating him.  We're heartbroken, but the dog just isn't happy here and so far hasn't brought us any joy because of all that.  It just didn't work out, wans't the right fit, and he'll be happier somewhere…

Hi there, i posted a blog a few days ago looking for some advice on our unaffectionate, timid new corgi.  So since then things havn't progressed and if anything he's regressed in his potty training.  My breeder thinks we should return our puppy to her because she thinks it's not a good fit and that the temperament test just didn't pan out.  She is the rescue coordinator for new england so he won't be going to some shelter or anything.  She'll most likely keep him or give him to another…

Lucy is asserting her independence and her mischief by ignoring me completely when I call her. She will look up and right at me, pause, then bound off in another direction. Treats only work once, then after that the chase is on... She will come bounding back if I begin to walk away but never close enough for me to grab her collar to releash her. She will also come if I am with a friend and she or he calls her!! She doesn't mind the leash, but she has turned releashing her into a big chase…

I like the title "Dynamic Duo" for my little guys. They are just that!! Good Lord, the energy those boys have! The fetch continues with the tandem return, and they would do that for hours. Tuesdays are my "genealogy days," so I spend most of the day (off and on) in the basement family room, going upstairs often to see what they're up to and to take them outside. We also play in the inbetween times. This past Tuesday we played more than usual. My wife was out of the house all day until early…

We have a new apartment with large windows. Just randomly, Zwei will go to the window, push away the blinds just enough so that he can stare outside for however long he feels like it. This happens during the day AND at night, when we're trying to sleep!

There's nothing out there when we look. I wonder what he's been looking at?

Nora - this shy dog - has been making so much progress since I brought her home. But there are always those little things you can't control which I had mentioned in my first blog post.

We were just finishing up our walk this morning. We were on the sidewalk and Nora was on my left and oncoming traffic was to my right. Suddenly a runner came up behind us and went to pass us on the left - Nora's side. She got spooked and jumped out into the street as a car was approaching.…

We brought our pembroke home 10 days ago.  He's 12 weeks old. I actually was hoping to get some insight from you all on our new pup.  We have spoken to our breeder about this but I wanted to get your well informed take as well.  His temperament test showed he was laid back, friendly, confident, very affectionate, and somewhat lazy.  In the week we've had him, he's proving to be the almost the complete opposite of what the temperament test said he was (besides the lazy part, he is pretty lazy…

Picked up Abby on 8/2, and she was 9 weeks old, so darn cute .  It's been a little over a week and I thought I would change her name to Abigail Pistolini.  I have so many nippy bruises and my toes are taking a biting.  She has her first baby checkup this Saturday and she starts puppy training on Monday.  She is walking with leash really good, loves cat poop :(.  We get up 3 times at night for potty breaks.  What a great puppy, such a wonderful addition to my family which consists of me, my…

I just wanted to let the MyCorgi world know that Maverick is doing AWESOME. He is a puppy so obviously the chewing and potty training is at the forefront, but other than that, he is doing abnormally well for a puppy.

At first, he didn't really have his legs under control.. it looked like his back legs had grown a little faster than they should have, and he was klutzy and clumsy, but after running around every day, he has figured it out and is so FAST for a little guy!! I know…

We have successfully added a 3month old sable corgi girl to our family today! Craigslist has given us another chance in helping a little corgi find a happy and loving home with us. My boyfriend has decided that she will be his (though I have been doing the potty training so far) and has named her Fences. Why? Don't know, but whatever, it's a corgi!

Tomahawk isn't down with sharing his toys, nor his kisses that he gets from me, but I can tell he likes her because she is using him as a…