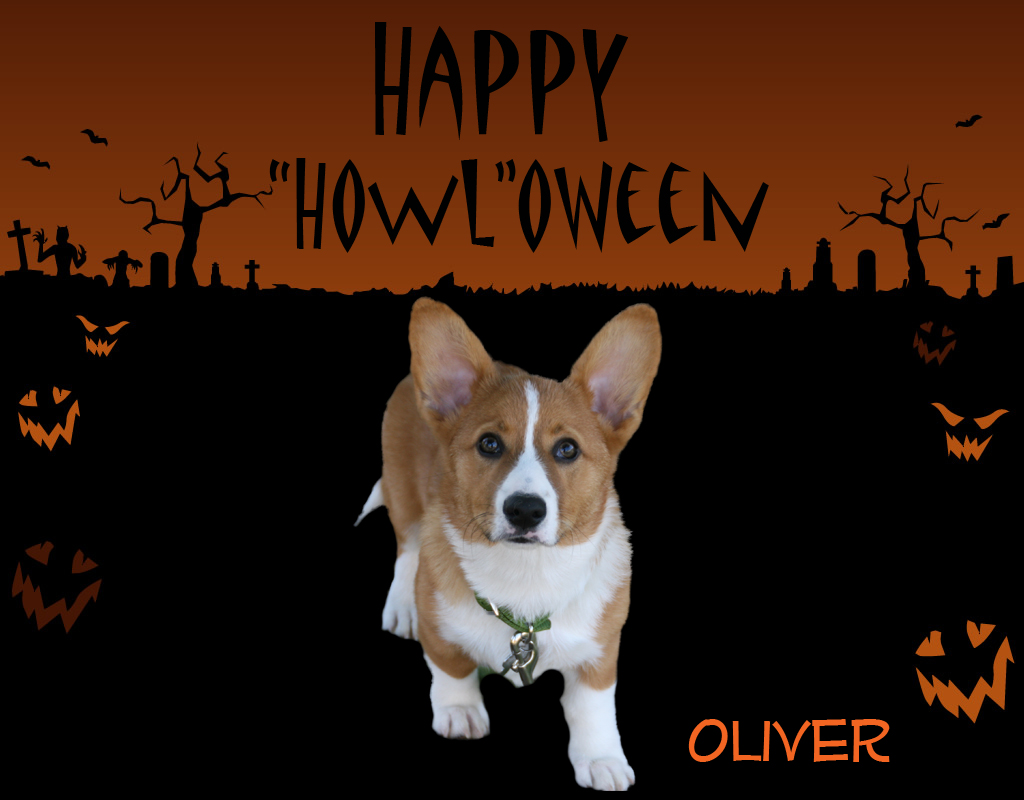 Koby doesn't mind his hot dog outfit!! He also did really well with the little trick-or-treaters! Fun fun fun!! Happy Halloween to all!!! 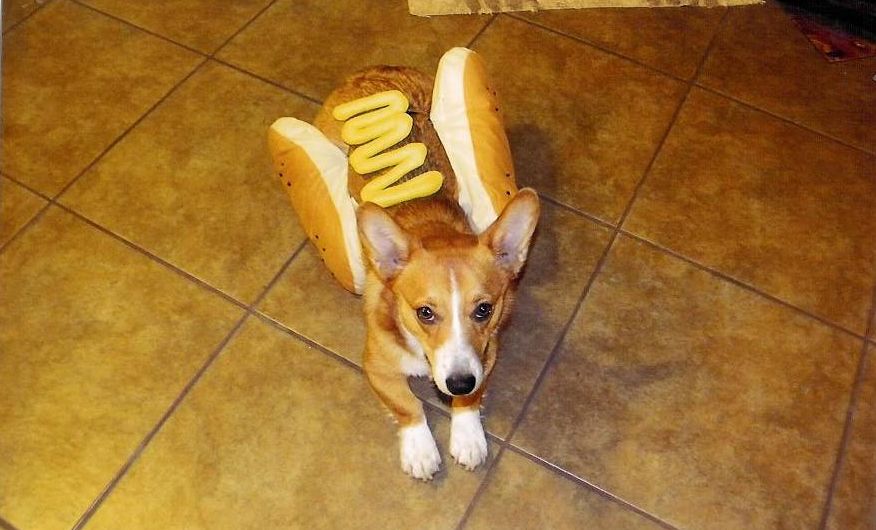 BOO to our fellow Golden Ghosts!

Tucker and Greta hope you have a ghoulish Halloween! 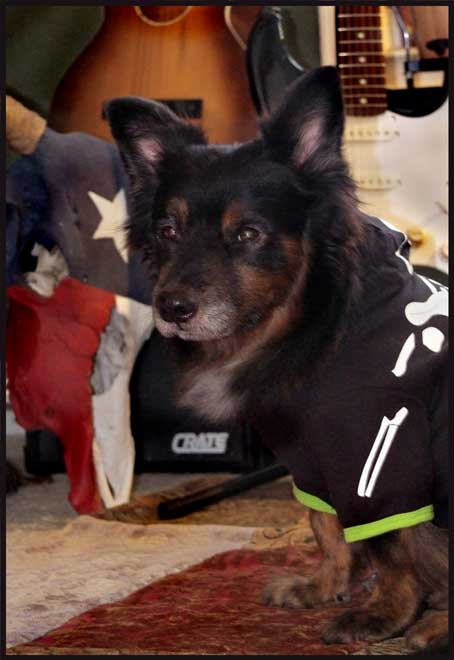 I just finished doing Bear's Halloween portrait and thought that I would share. Tammey likes another one better (it shows the costume better) but I like this one. I'll add some others to his photo page latter if anyone cares to look.

Happy Halloween from the Queen and her Corgi's! 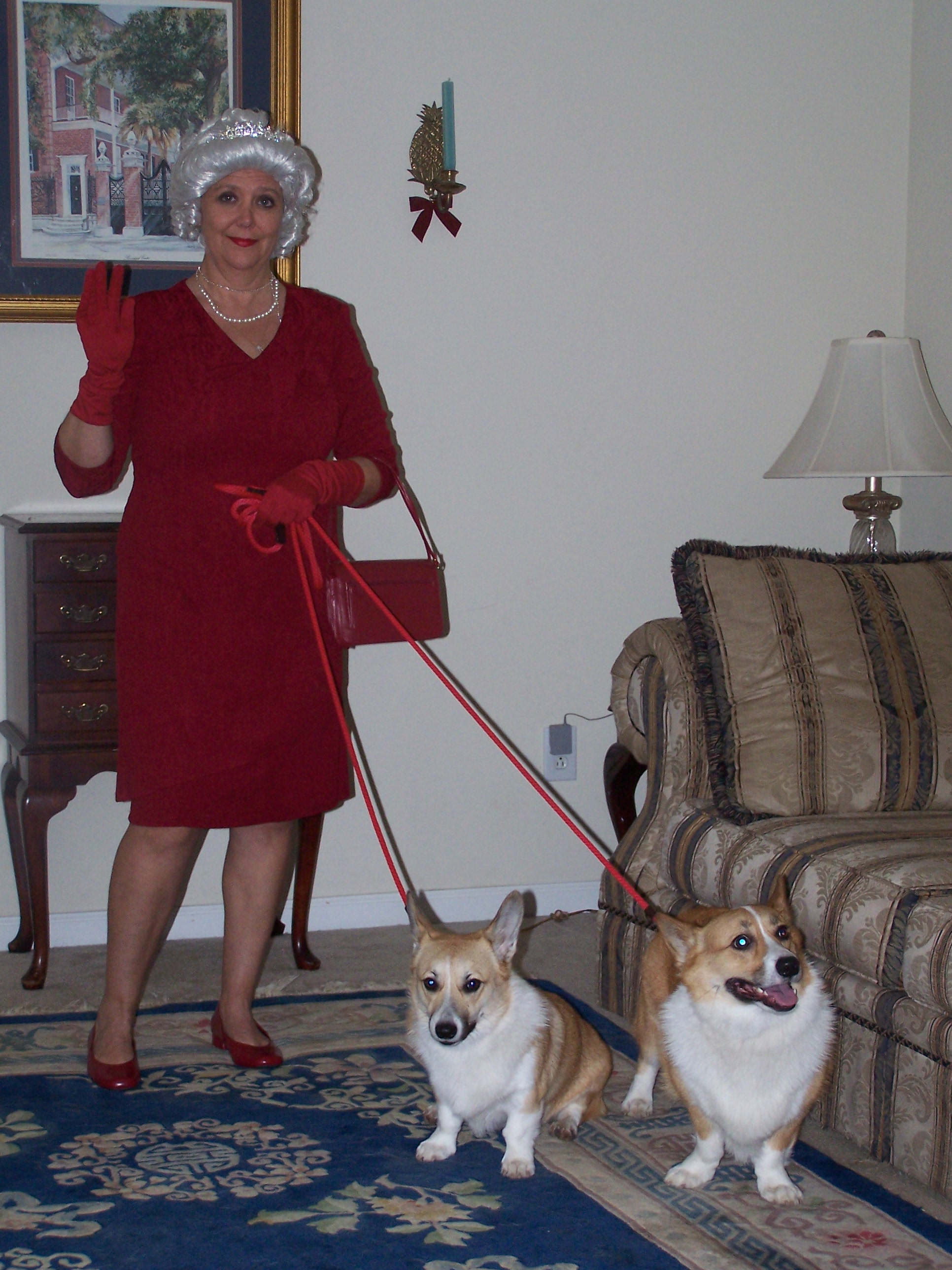 Lyla waited until I left the room, and then decided to check out the Taco Bueno bag on the coffee table. When I came back, she was caught red-handed, so she just decided to play it cool with that "huh? I wasn't doing anything," face. Hoping all you Corgis & owners have a haunting good time today! The Comfrey Corgi Crew and Jane 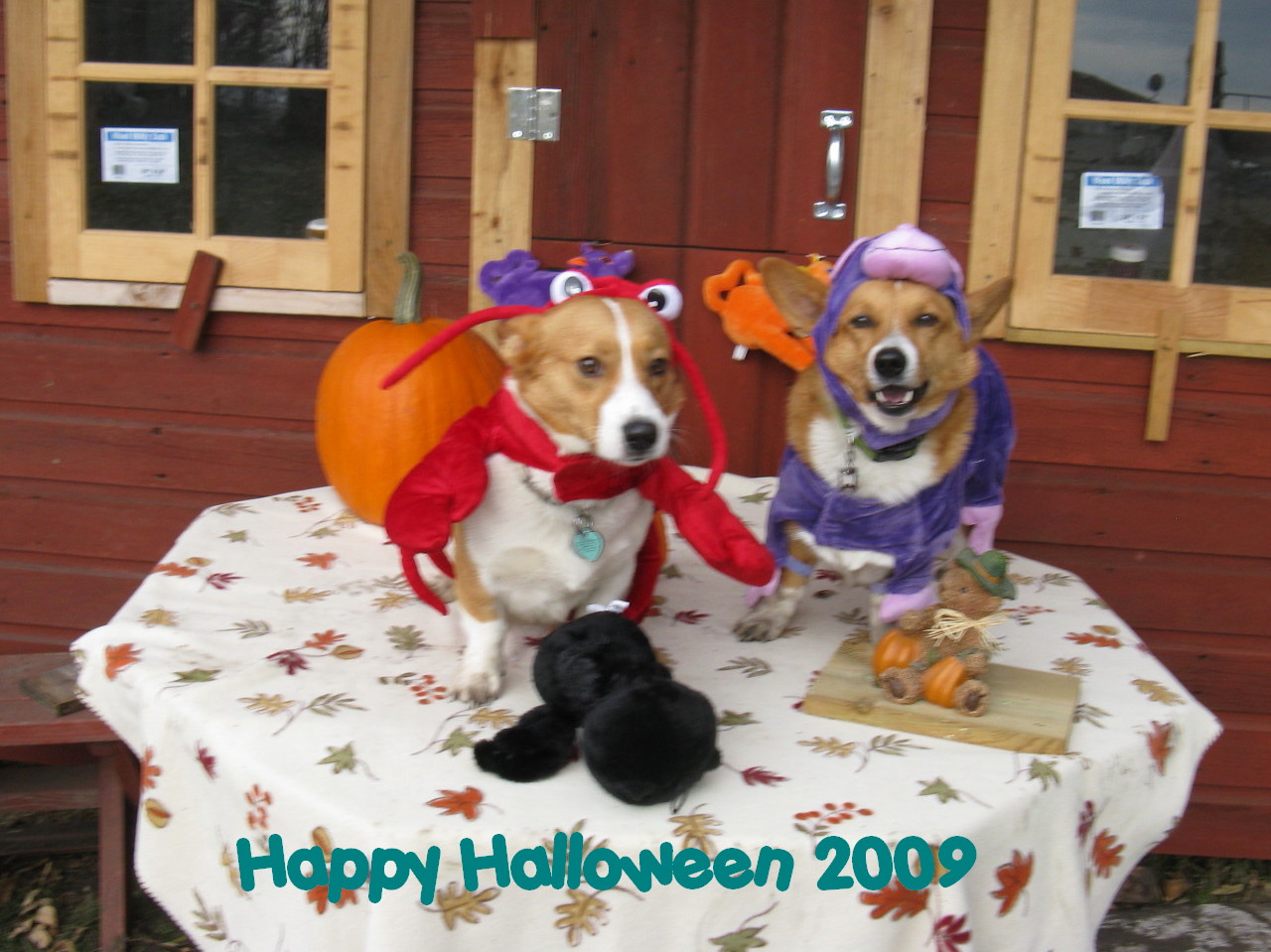 Not sure if I really saw what I thought I saw, but it went something like this....

Bear and Goldy playing in the floor.

Bear plops down on his belly and flops over, head down, eyes closed.

Goldy walks over, sniffs him, walks away.

Bear looks up - woof - head back down, eyes closed.

Goldy comes back, jumps on his head and he flips her!

They are seriously toooo much fun to watch!

We all know most of our Corgis love to eat but Wynn outdid himself at our doggie/coffee party this am. We were at a friends house and she of coarse has 3 containers of treats sitting by the door for our dogs so enjoy. Wynn, Mr. Pig himself helped himself to about 4 large peanut butter bones. I took them away and he started on the 2nd bowl of bones so I took them away and then he went to their dog dishes (all 3) and ate some out of these! I'm waiting for him to throw up! He's laying on the floor… Continue 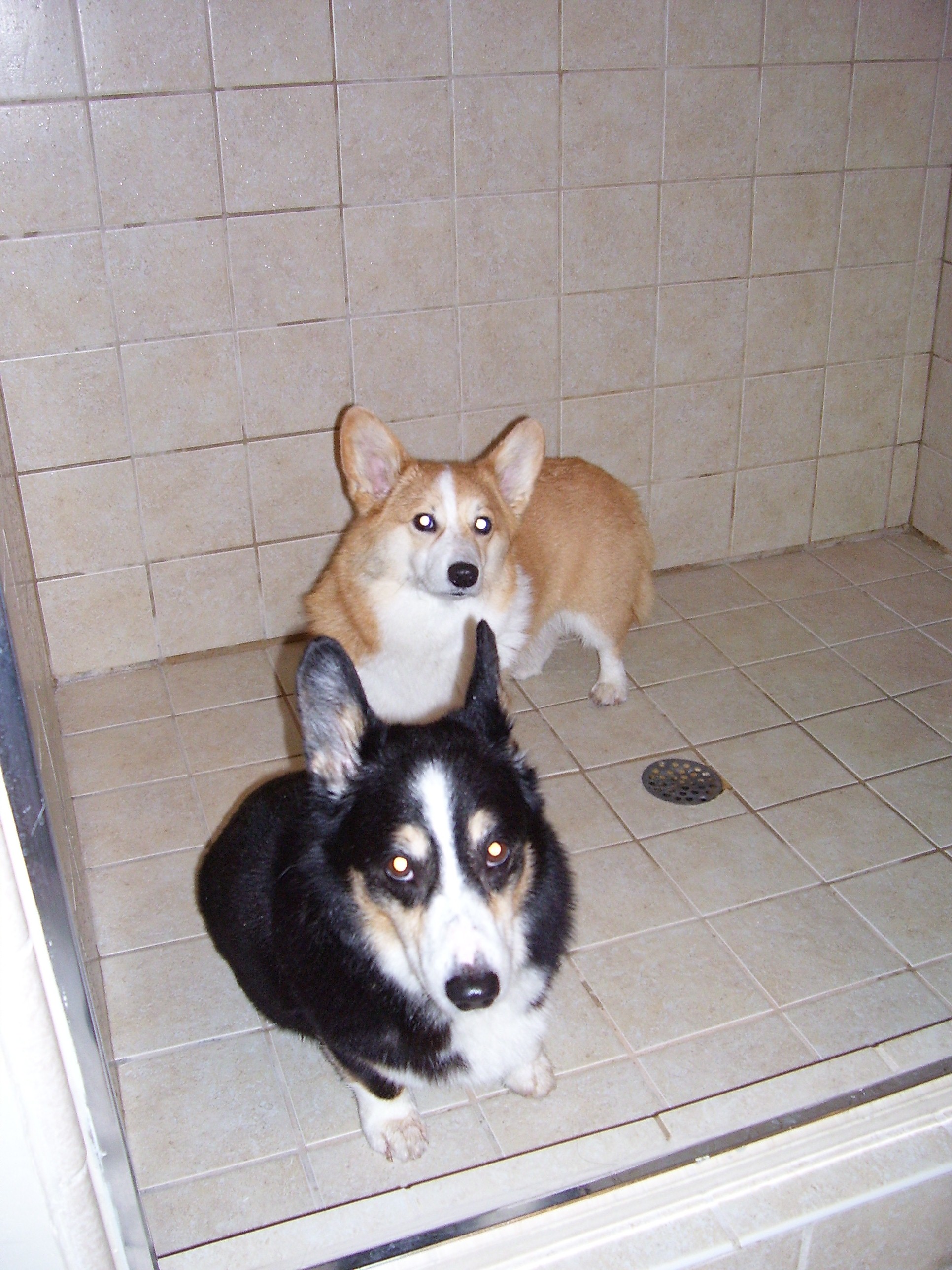 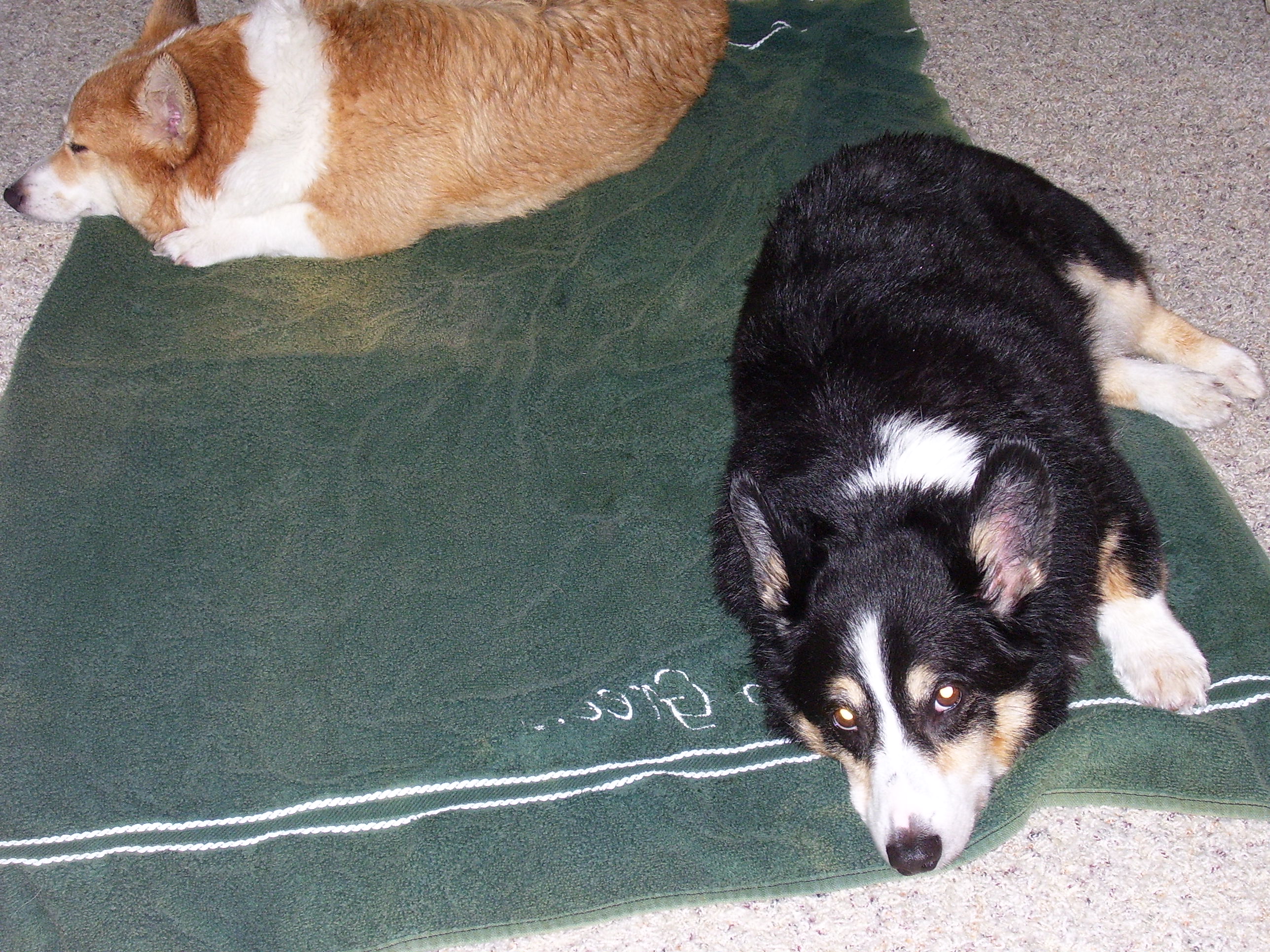 After bath and frap! Well Misty (doberman not corgi) killed the opossum that has spent it's winters under our back deck last night! After everyone had a good roll in it we are having bath day. Two down, one to go!

Is it normal for Corgis to cough, clear their throat or reverse sneeze?

My Corgi is 6 months old and always coughs after he drinks water. He's also started reverse sneezing. At least that's what I think it is. Sounds like he's clearing his throat. The vet checked out his lungs & throat. All is well, but my vet doesn't really know about Corgis in particular. 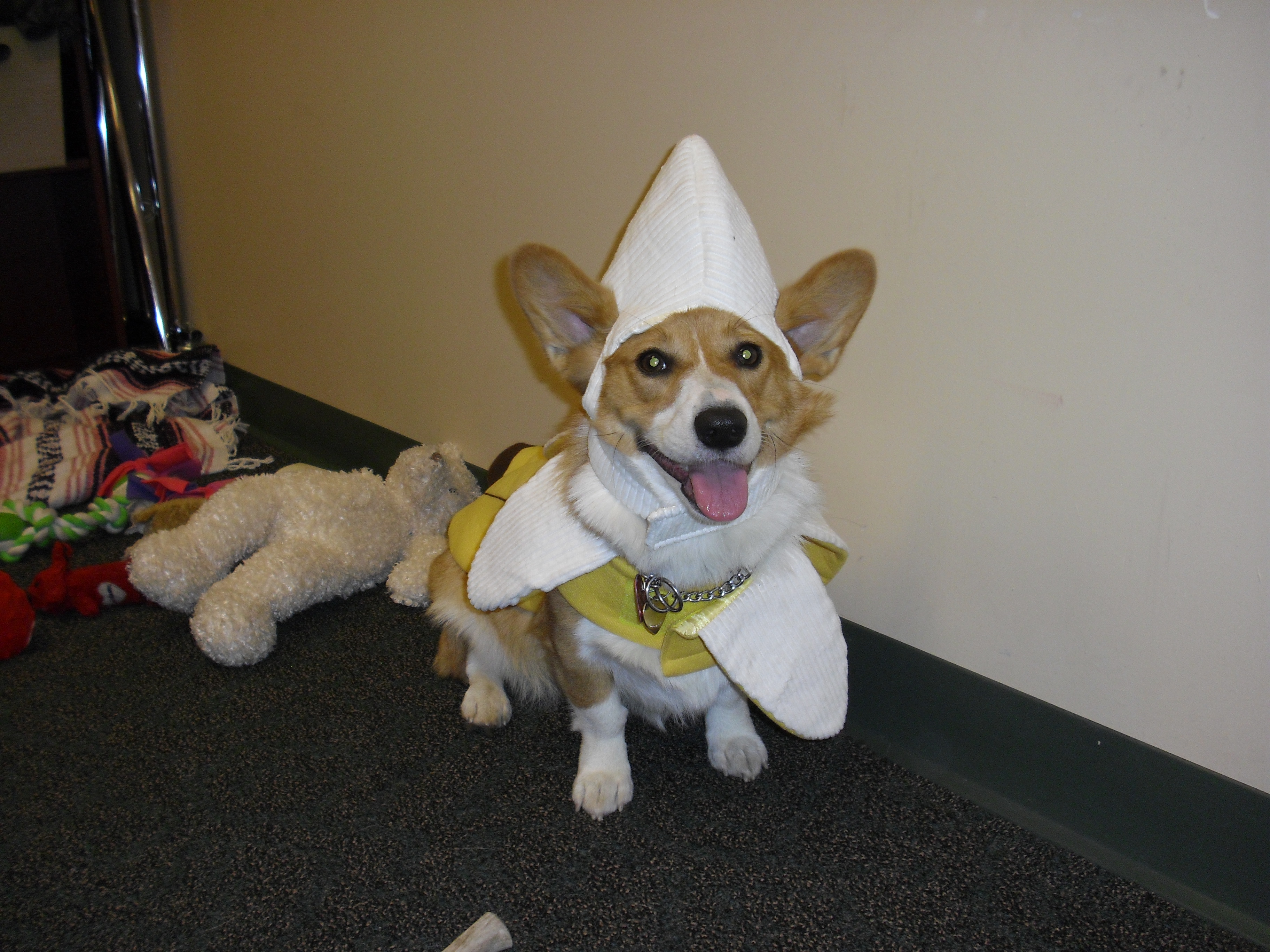 Join the group for Halloween!

Well, it's getting closer, though no less agonizing. The breeder sent over photos of her girls today, and I almost died! Quite possibly the cutest babies I've ever seen!

I can't wait to meet them, and pick who will fit into my family best!… 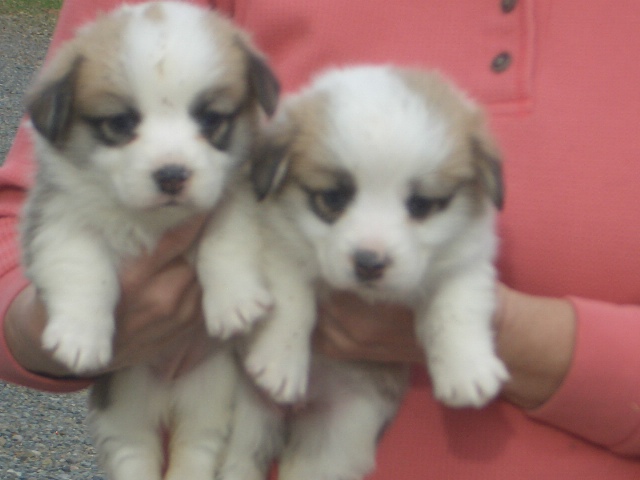 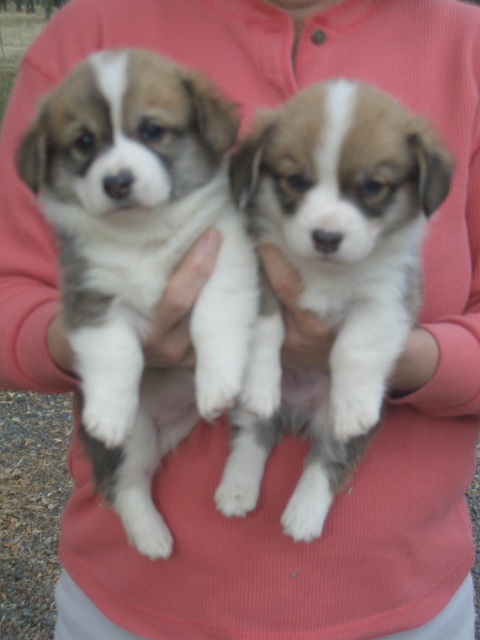 Where Does The Time Go? Lance Is Four Today!!!!

It seems like just yesterday we brought Lance home!


We are enjoying having Lance as part of our family. Lance got to go to his first corgi meetup back in March of this year. It was so much fun getting together with other corgi friends. I couldnt stop taking pictures.

Lance took his 2nd nine hour car ride this past summer. He was a bit puzzled when we all woke up at four in the morning with luggage packed and ready to go into the car. I called him to get his… Continue

ok so my yogi bear has been having problems with fleas since september. I have done everything i can think of to get rid of them: Frontline, flea collar, baths, capstar, bugbomb my house, nothing is working! he is starting to get skin irritation oh his back that is turning into big sores... my vet told me to use oatmeal shampoo and give him benadryl... didnt work... anyone have suggestions or miracle cures lol?

I think, for the first time in my life, I can truly understand what would drive someone to harm someone else's dog. I have put up with our new neighbors' dog for over a month now and all the horrible things that have come along with it. My dogs can't play outside unsupervised anymore because their dog starts fence fights (and as much as I hate to place the blame all on their dog and not think my precious pups could do any wrong, I have been working hard to teach mine that this is not acceptable… Continue 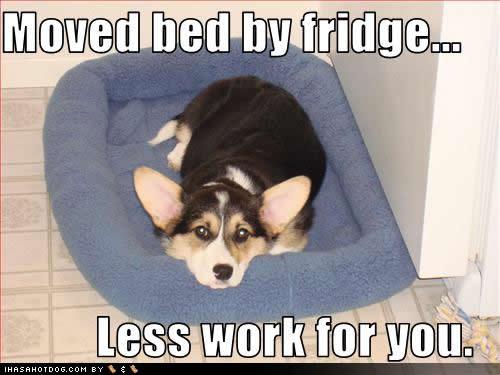 Gem is better now(yea!!!)after an exciting afternoon! I ended up taking her in cuz the Benadryl did squat to reduce the swelling and it was spreading into her eyes!! I took a pic but forgot I had taken the card out of my camera and now I have to figure out how to get it out to post it to you guys!! Her doctor gave her a SQ prednisone shot since I had had no results with the Benadryl and oral prednisone tabs to take now for a couple days if needed! I am so happy to report that after the shot the… Continue

Tracking is Going Better This Week

I'm not as frustrated this week as I was when I previously posted about tracking. Dudley over did it a bit when he was playing a couple of weeks ago and the vet restricted us from jumping for a while. For tracking that meant "short grass only". We needed to track in the short grass so Dudley wouldn't porpoise through the grass going in and out of the fields. I searched for places that had spaces with manicured grass. One of the places I found was a local church. I got permission to track on… Continue

Gem came in from outside and her snout started swelling up!! It is like walnut size on each side and starting to spread into her eye some!! I figure she must of found one of the last bees left out in the yard???? I called her doctor and asked about giving Benadryl to her which I did about and hour ago but there is little difference in the swelling. They said to give 1mg per pound so I gave her 2 chewable children's benadryl tabs with some cheese. The dosage is 12.5mg per pill and she is 23lbs!!… Continue