On the Road to Recovery

Orion's ACL repair surgery was done yesterday afternoon after tearing it on sunday. He seems to be doing well, except perhaps a little jealous watching the free-roaming Laika and cat from his kennel :( 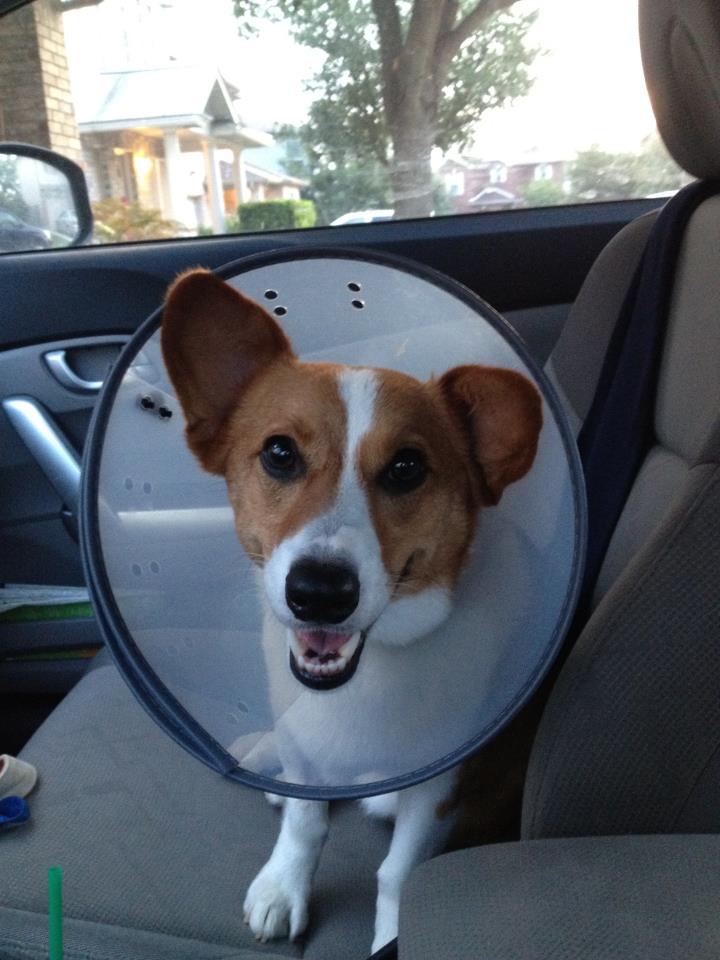 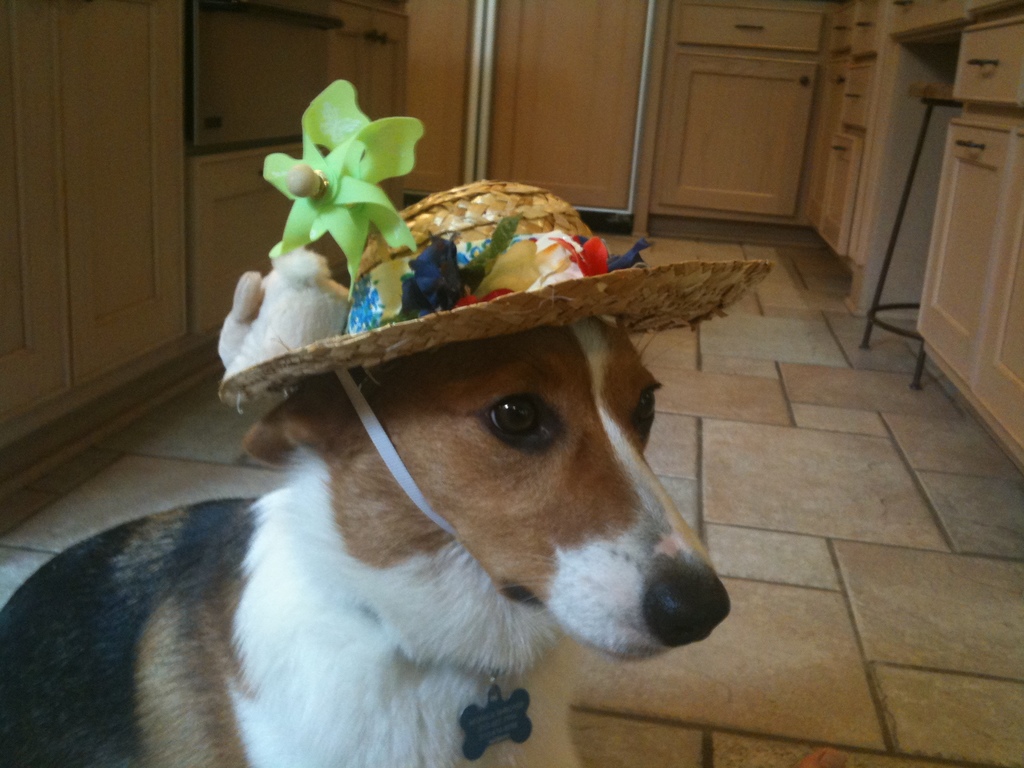 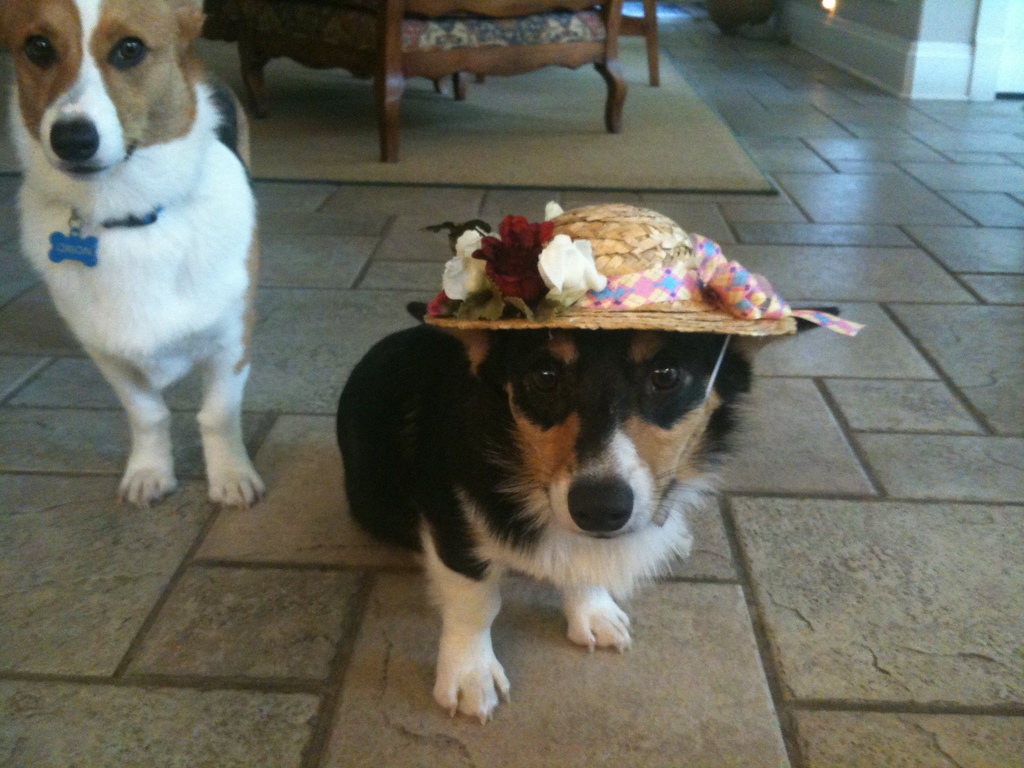 So my mother decided to get creative for Easter this year and is requiring all of us (me, my grandparents, siblings, aunts, uncles, cousins, nephew, etc.) to all wear home-made easter bonnets, so naturally I had to make some…

So my mother likes to send Orion and Laika a fun new toy every month (so spoiled!) and this month's toy came in today :) Orion and Laika got the Kyjen Egg Babies Platypus and they LOVE it! Its a platypus that's got a hole in its belly and holds three "eggs" that have squeakers in them. So you let them play with the eggs and squeak them, and then let them watch you put them in its belly so they can try to get them out. The hole is small enough that it takes some time to pull the egg out and it… Continue

Help me pick the best picture!

I'm entering Orion into a photo contest. Its kind of an out-doorsy thing and I don't have a lot of pictures of Laika outside (its too hot for her, now that its cooling down she'll stay outside for longer) so I'm going for an Orion picture. Help me pick which one I should enter! 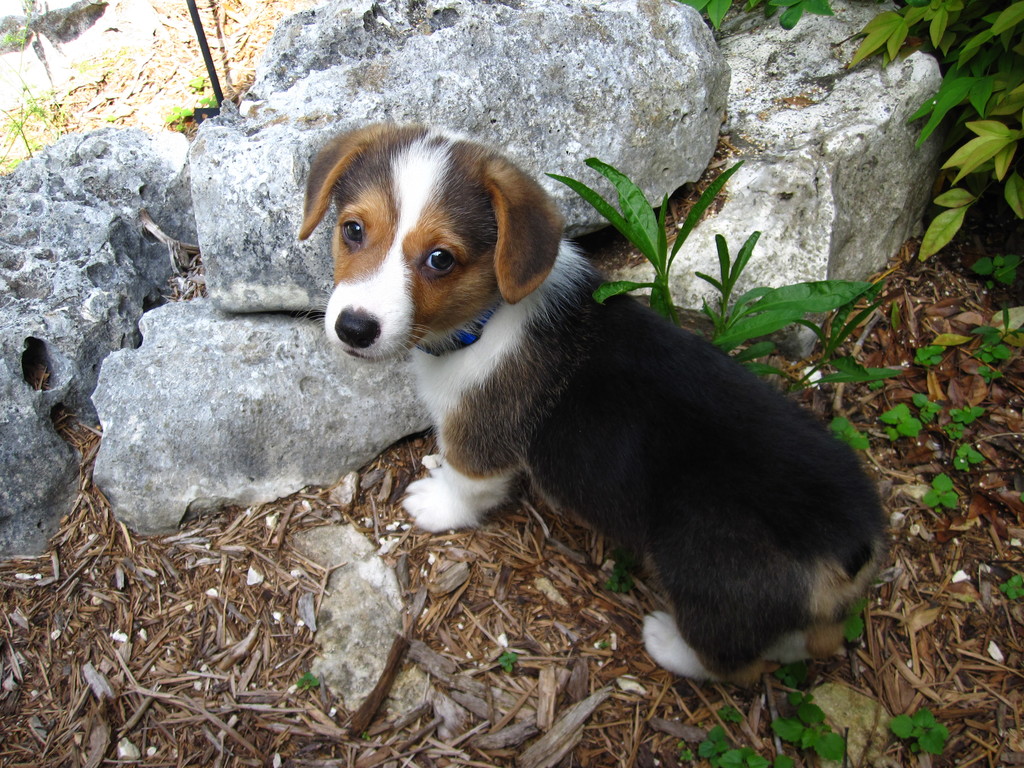 Red Bud Isle is my new favorite place to bring the pups!

I've been taking the dogs to Red Bud Isle dog park and it's my new favorite place to go with them! Its a very small island that's been made into an off-leash dog park and the dogs absolutely LOVE it! 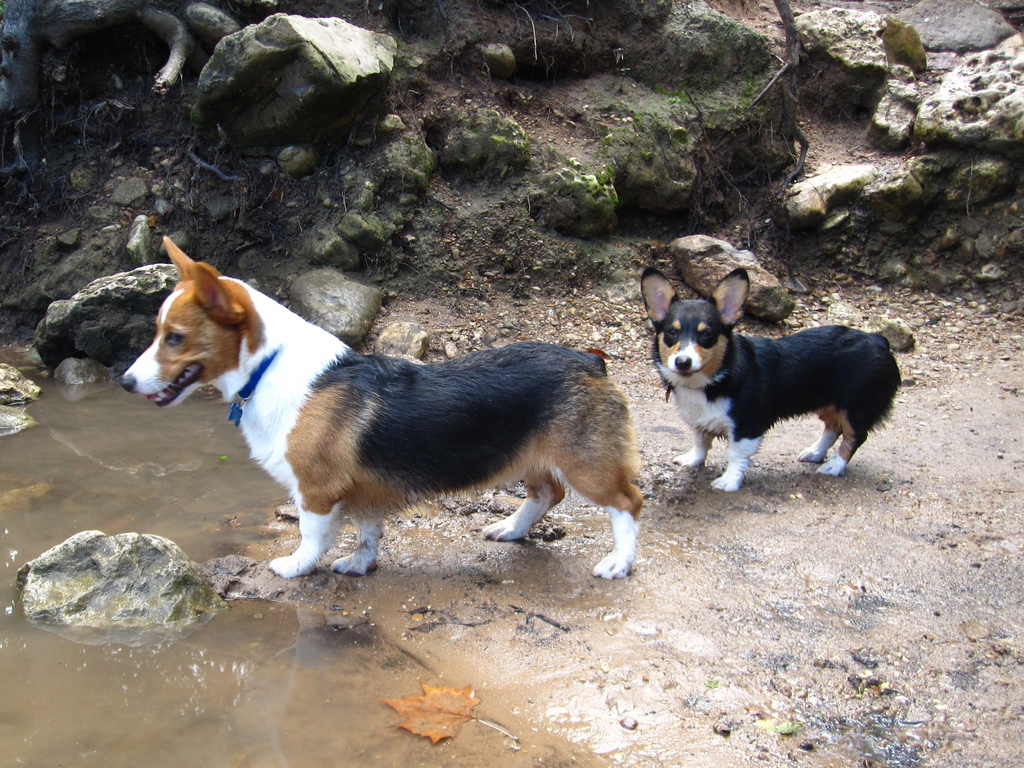 There's a grassy area in the middle and a big trail around the outside but most of it is lots of trees that the dogs like to explore in. Today it had just rained so…

Do you take your corgis with you to your Sonic Drive-In?

I've noticed certain Sonics are very dog friendly! Some keep treats on hand to give to your pup. In Austin I live pretty close to one so I'll go during happy hour pretty often to get a half-priced Diet Cherry Limeade (yum!) and I'll take the dogs with me. Everyone always freaks out about how cute they are and runs inside to get dog treats for them (which usually end up falling into the cracks between the seats before they're completely eaten but oh well). The Sonics I've been to in San Antonio,… Continue

Does anyone else with tricolor corgis get this question ALL the time?? I don't know why it ticks me off so much, I have nothing against beagles, it just really annoys me. People think that Orion (red headed tri) is a beagle corgi mix and they have no idea what Laika (black headed tri) is. Especially at the dog park! I guess it annoys me because its not like I go around asking if dapple dachshunds or blue merle shelties are mixed with australian shepherds. I don't own dachshunds or shelties but… Continue

I was discussing with my brother how I ought to get a munchkin cat when I get my own place so that all the animals in my house are shorty shorts:…

Orion is saying bye-bye to his balls tomorrow and though I've watched it done hundreds of times its totally different when its your own dog. I'll be able to be with him and help monitor his vitals while he's being neutered. I helped with my brother's dog and I was okay with it but I put in his catheter, I probably won't be putting in Orion's. I'd probably be too nervous I'd mess up to put in his catheter, haha. Anyways, I will be bringing home a very groggy drugged-up corgi tomorrow so wish him… Continue

I bought Orion and Laika a GoDog baby dragon a couple weeks ago. It has "chew guard" technology that is supposed to hold up against the roughest of dogs. So far there have been absolutely no holes in the outside (the fabric is very tough and seems extremely durable) but the squeaker broke. The little cylinder thing separated from the balloon part. Since Orion and Laika loved it so much and I think it was a manufacturing error from the way it broke I contacted GoDog via their online support form… Continue

My little foster corgi is doing fantastic. She is currently romping around the house with Orion and Finn (my brother's aussie), since they're both fully vaccinated I think its a good social interaction for her. We still haven't come up with a name for her yet so that needs to happen.
So I'll write a little more in depth than my last post now that I have time. By the way, thank you everyone for the helpful comments and support. So now for the background on how all this came to be.…
Continue

Picked up Orion's foster sister today. Someone got her from a breeder at five weeks old and kept her until she was eight weeks old when family with five kids under eight adopted her and had her for a week then she apparently nipped one of the kids and the dad told the mom that if she didn't get rid of the dog he would kill the dog. So now I'm fostering her or may be adopting her depending on how she gets along with Orion.… 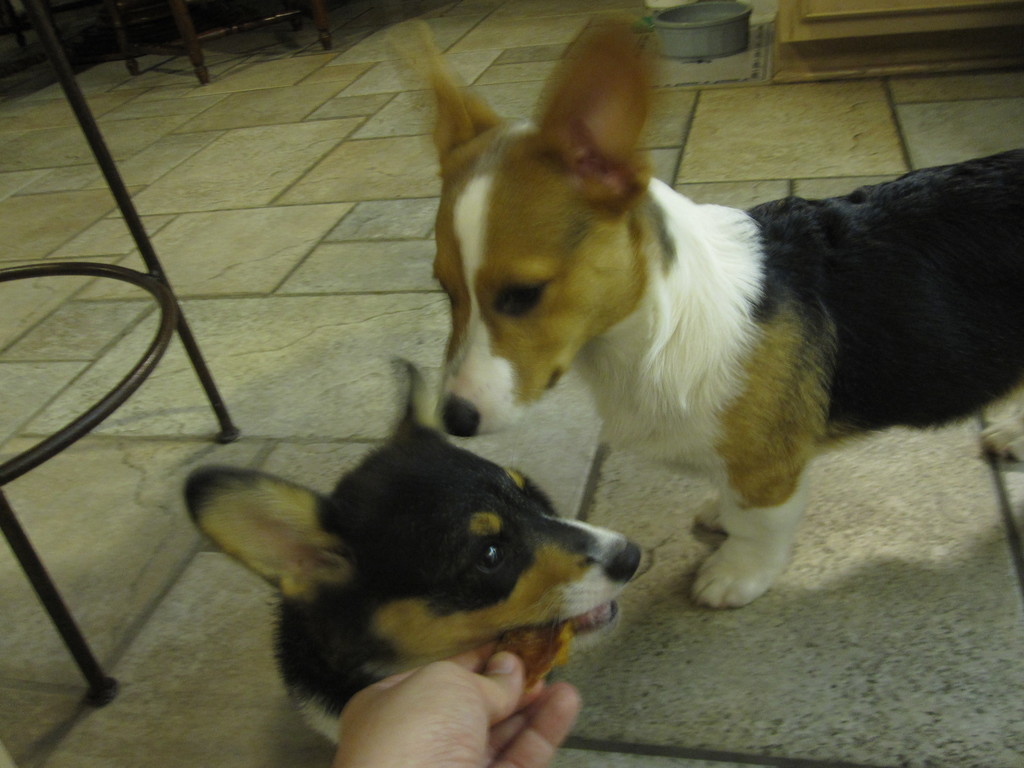 So I may be getting my first foster puppy soon (I've been fostering cats for the past four years), a 9 week old female corgi that people bought and then returned, this is all the information I know so far. I'll post more as I get it. Problem is, I had kind of decided that I wanted to get Orion a friend at some point, I was thinking I would once I get into vet school but it would actually be a lot easier to train a puppy now and it may be easier for Orion to get along with a friend since he's 15… Continue

Orion had a few visitors today.... 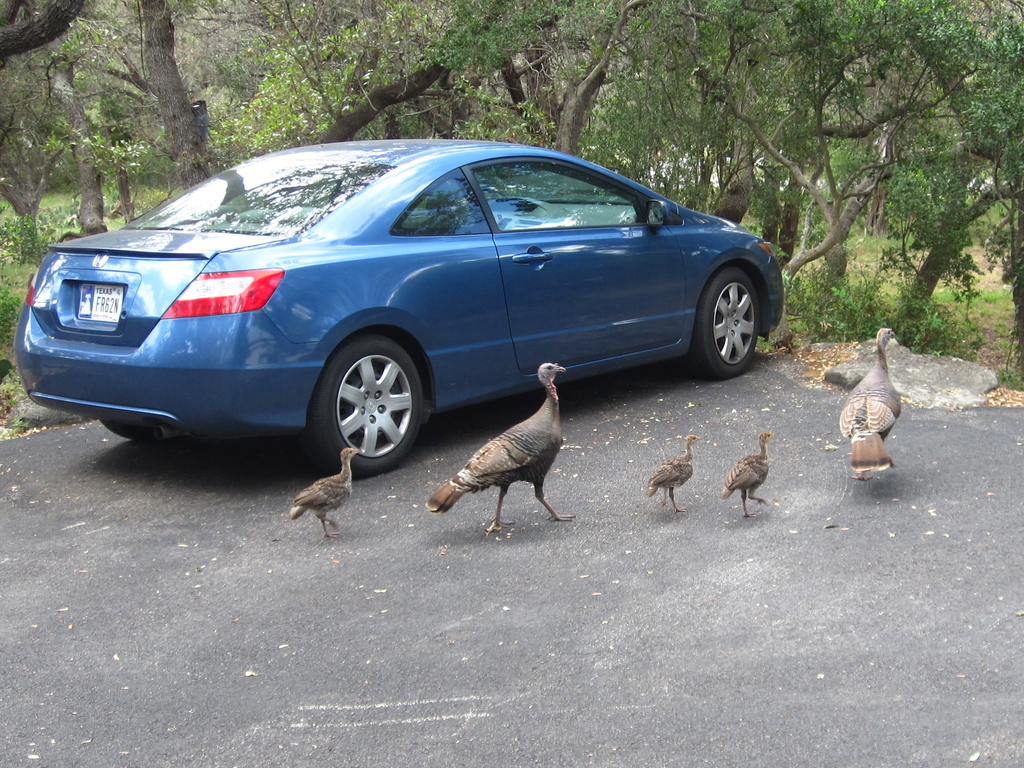 They've been hanging around the house for a little while and the babies are super cute so when I saw them I ran around the back of the house to grab my camera.

Here's them on the doorstep where I found them when I got home from work:… 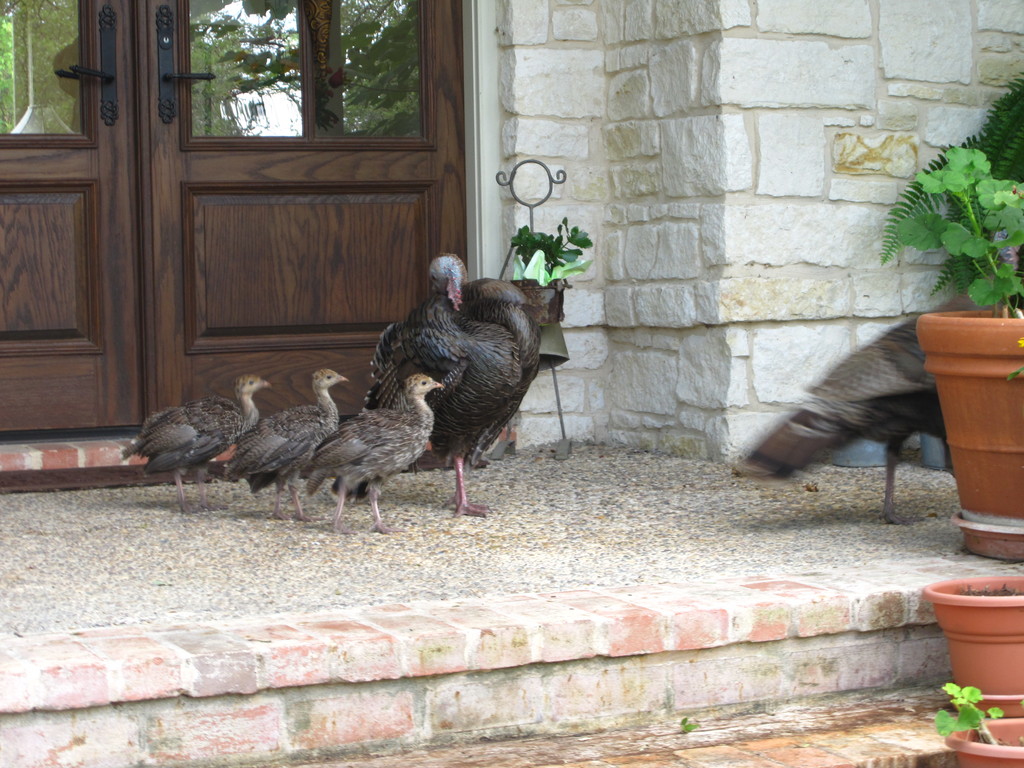 I'm enlisting you all to vote for Orion in the 1800 pet meds cutest pet contest :)
http://contest.1800petmeds.com/index.htm?id=7930
There's the link and if you think he's cute (and you better! :P ) then please take the time to vote
Thanks!

This weekend has been a very, fun, productive one for Orion. Yesterday we went to petsmart to spend my petsmart giftcard and got a ChuckIt! flying squirrel which Orion is totally and completely in love with: 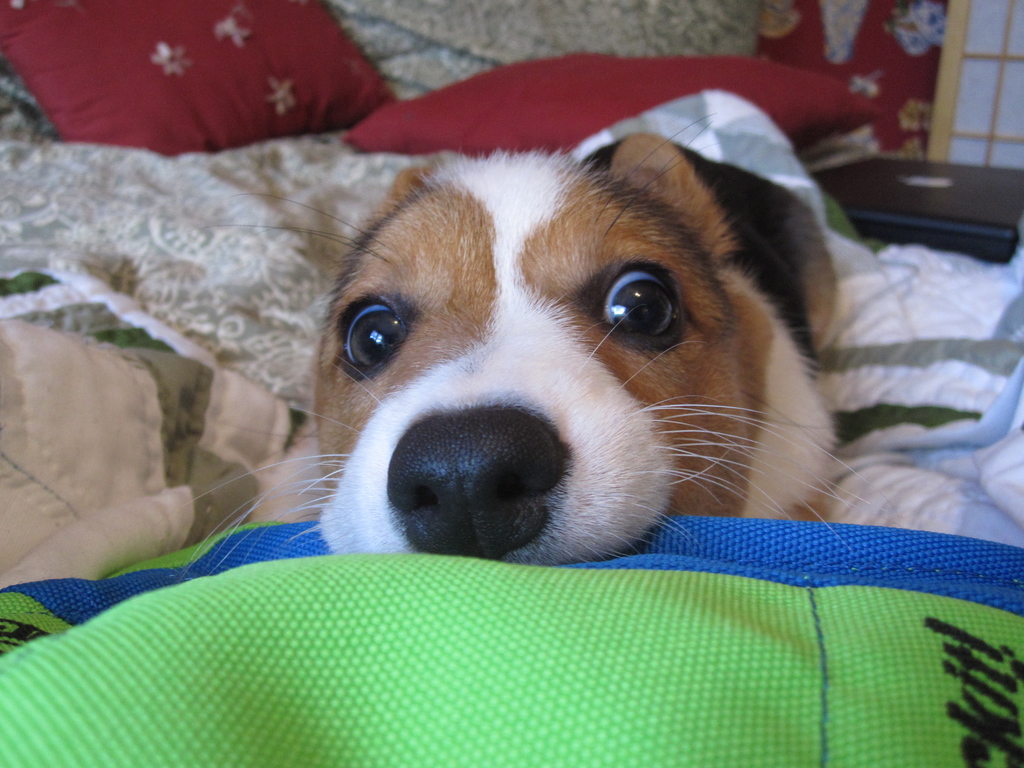 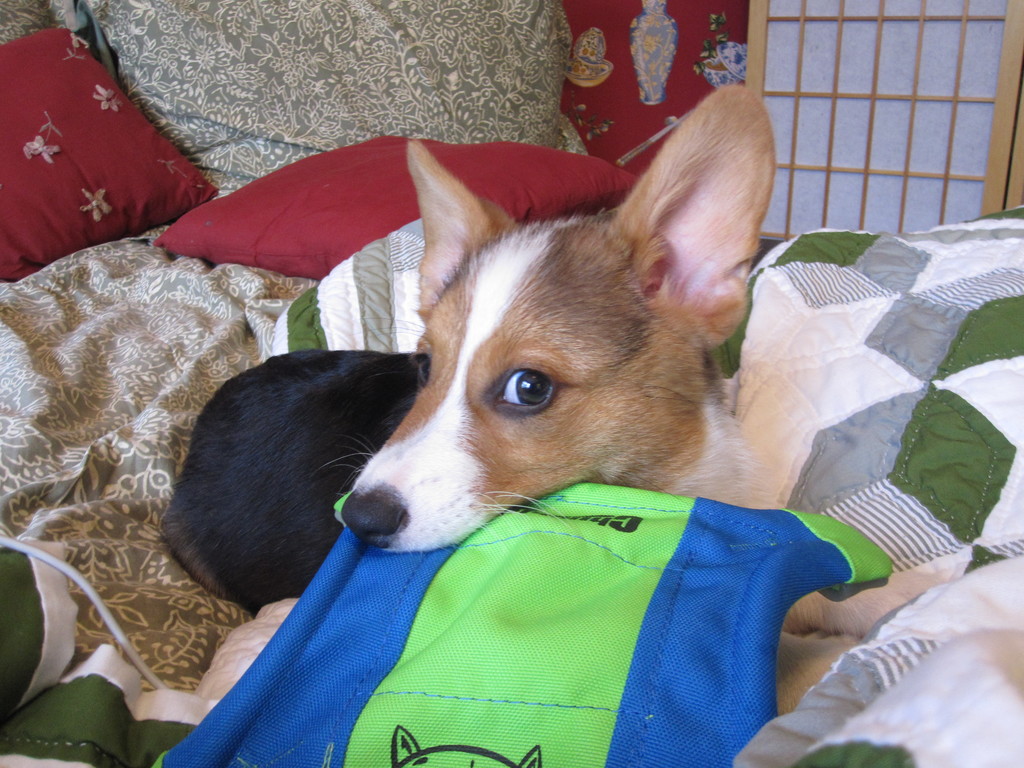 My new foster kitten will be a two month old girl that just had her leg amputated. I'll be picking her up on Friday and I don't have many details yet but she'll need a name when she gets here. I haven't had a special needs kitty in a while, just kittens that need to get old enough to be neutered, so I'm excited. I think she is a tabby and any name suggestions would be appreciated :)

I decided to make some home-made dog biscuits today. I was off from work and bored so it was something to do, especially since I'm baby sitting Finn right now. I made peanut butter molasses biscuits that I found a recipe for online and Orion LOVES them. My mom and I ate some too and they're not bad, haha! I used low-fat peanut butter and fat free milk so they're not a horrible amount of calories either which is good.… Continue

I had heard corgis were very bright before and that was definitely a quality that helped my decision in getting one but I'm absolutely amazed by how smart Orion is! I knew corgis could be trained "fast" but I had no idea how fast "fast" was! He already has sit totally and completely down, which took about two five-minute treat-filled training sessions, which I was very happy about, I can be anywhere in the room and say "sit!" and he'll do it. He knows come but only listens when he doesn't have… Continue