I know I had a post of this before but i think im getting way in over my head... I stopped Meeko on the canned food (he finally gained 6 pounds and looks great) so I gave him something to kind of spice it up a bit tonight. I mixed a little V8 fusion juice (I dont like it and wont drink it and dont want to waste it) with his raw chicken leg which he always gets and he loved the new ingredient... a little too much.. usually I can get near his bowl and it was just when my feet got near where he…

Anyone up for a costume swap?

Halloween's not even over yet and I'm thinking about packing away LeeLoo's banana split costume with the realistic thought of never using it again.  I bought it from Old Navy in September brand new.  Size Medium. Would anyone be interested in swapping out their dog's costume for LeeLoo's?  She's flea/bug/anything free.  She only wore it twice.  I would pay for shipping to you if you would pay shipping to me of your dog's costume!  Please let me know!  I'd love to get some kind of sharing…

In the previous blog post I showed pictures of Ozzie who has lost 30lbs since arriving at Arizona Cactus Corgi Rescue.  A couple of people asked me what diet Ozzie has been on so I wrote Vicki, who runs AZCCR and asked for the details.  Here's her reply:

"As for kibble, we feed Purina OM…
Continue

Data wishes everyone a Happy Halloween! 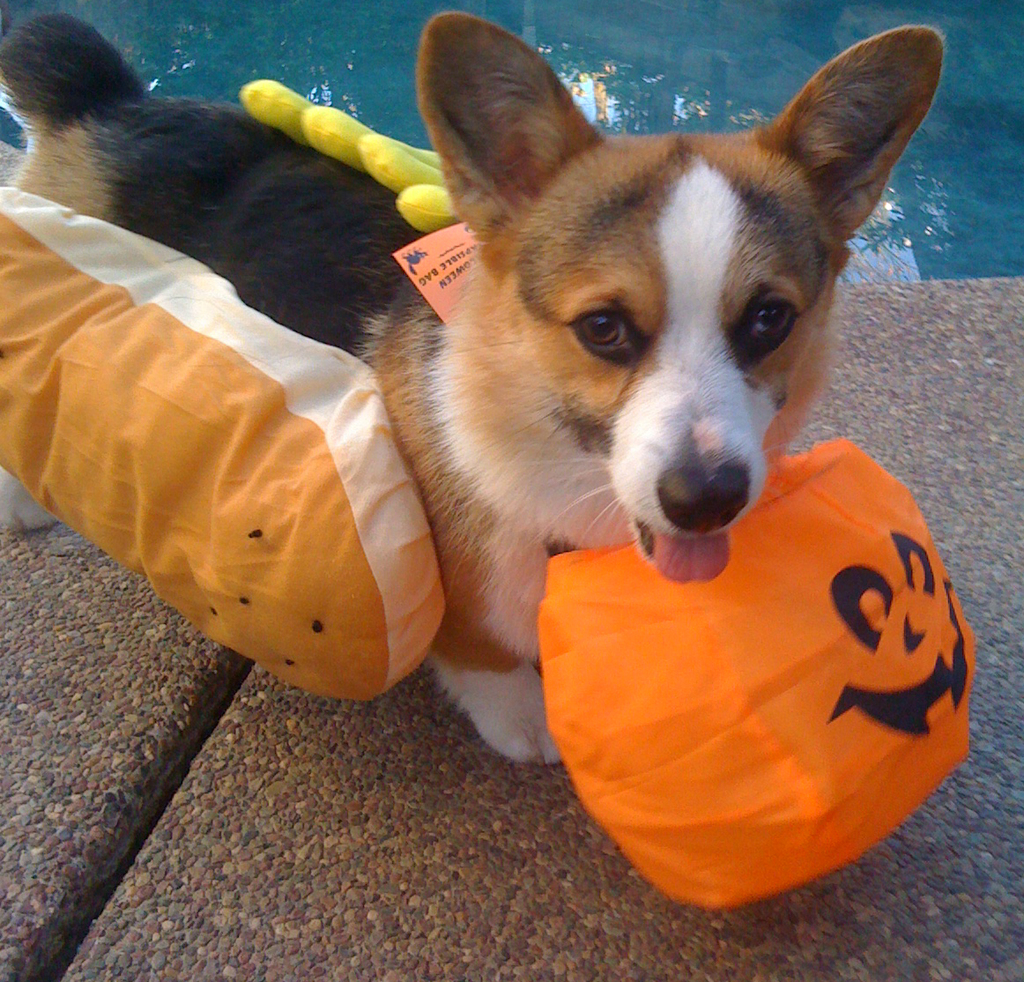 With today being Halloween, I thought posting this link was appropriate.

Some of the costumes are pretty good. Enjoy.

This acutally happend a couple of weeks ago but I have been busy and haven't gotten around to sharing.   I was sitting here one morning trying to get myself motivated to get off the computer and the couch where I was hiding out with my cold and I recieve a phone call from the school.  "one of your dogs is here at the school, can you come get it?" I look around and I have three corgis and an aussie all spread out on various pieces of furniture and the floor.  "Nope not mine must be my…

Jeter and Cappy won!
Voting ended 10 pm yesterday. Jeter won the small dog division of a Halloween costume photo contest at our doggy daycare center. He got 119 votes. Cappy is the runner up(99 votes).

It was an up and down experience but your support got me through this and I am very grateful. I feel so much love and power from mycorgi.com friends. I think this is a bonus I got from being a corgi owner. My husband Andrew says thank you too. Next year we will… 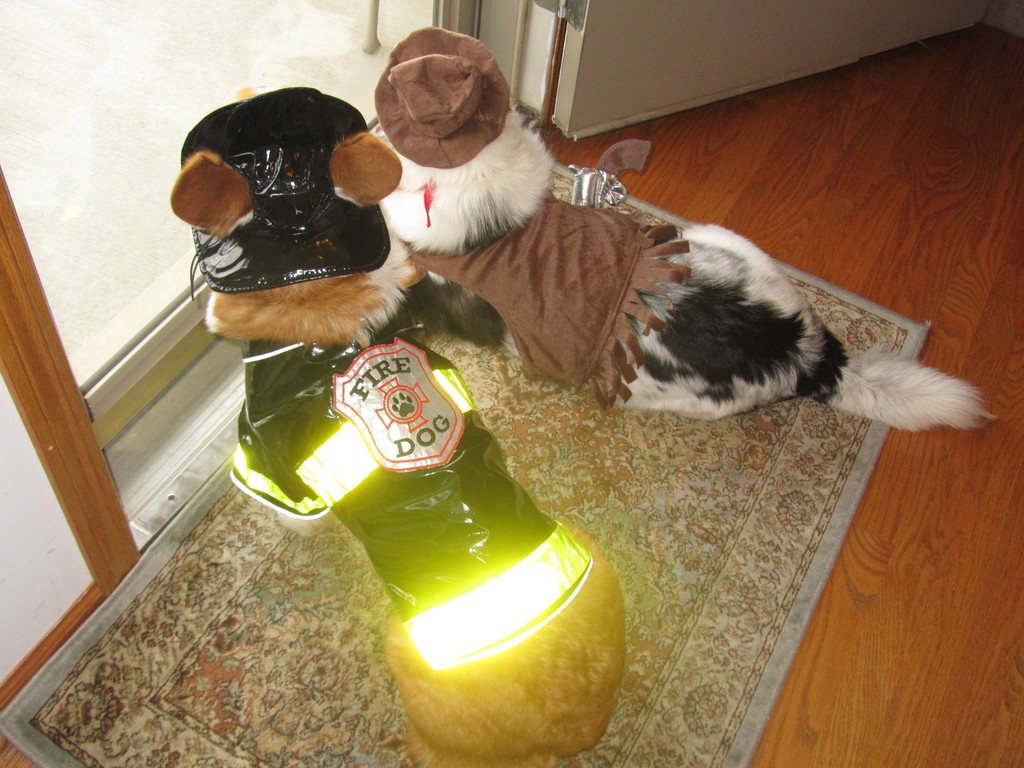 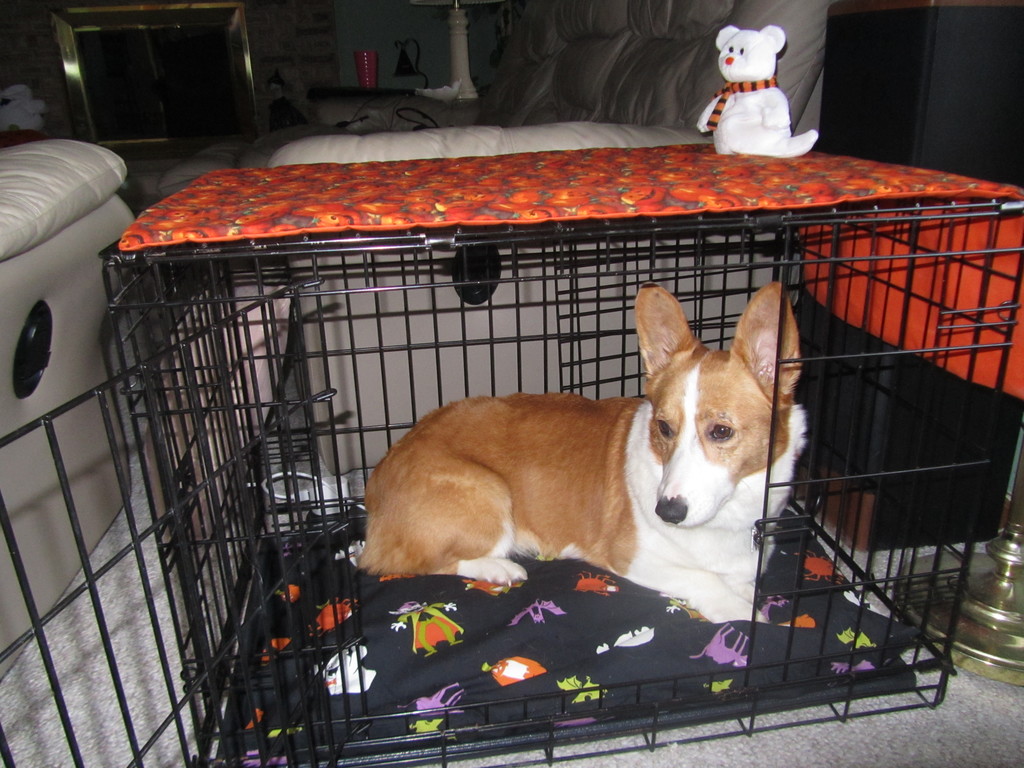 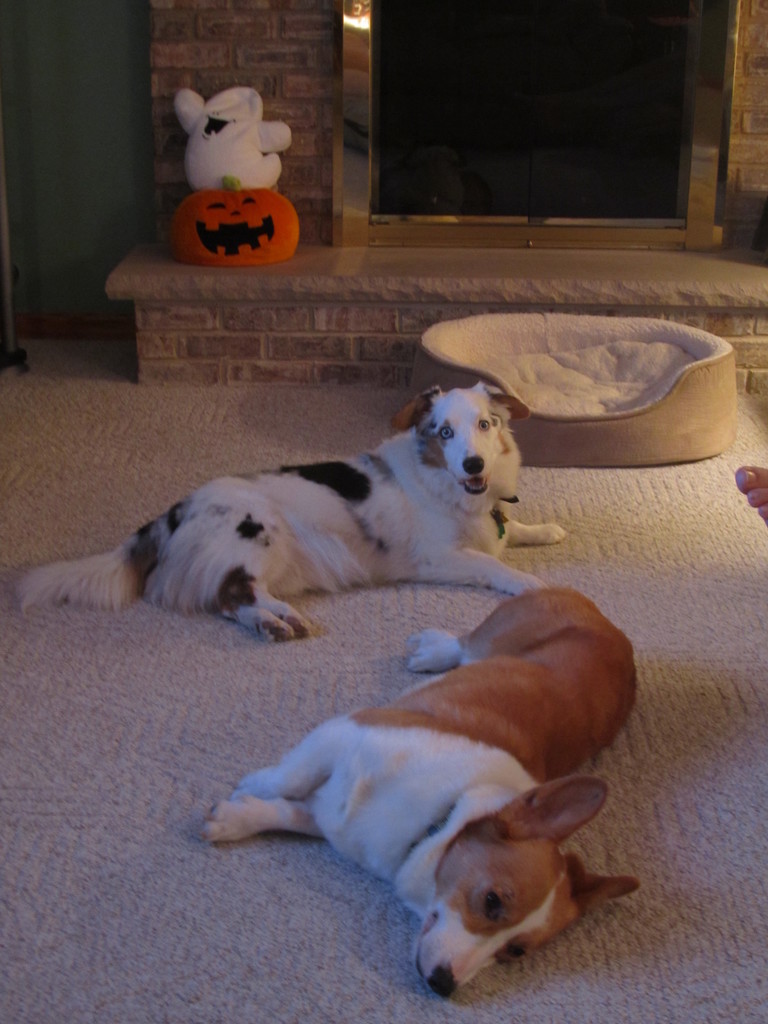 Pretending not to like their costumes, but I knew…

The today show cast dressed as the Royal Family and the "Queen" came out with some really cute corgis! Yippee!

Photos are up from the Halloween Dog parade in Long Beach!!

Hi everyone, this is Sidney! Usually Mom writes these things, but today I took over the computer.

Mom's been really excited these past couple weeks, and it turns out it's becasue of this human holiday they call Halloween. She just loves the festivities!

First, she bought me a shark costume at Target. I didn't like it much, and she could tell.…

After a summer of combing the trails and mountains of Western Washington for Al, The Great Mountain Corgi,  we donned disguises and attempted a lowland, urban search.  Accompanied by a posse of costumed corgis and armed with the international call of the corgi, we made contact with the elusive canine.

Morgana is TROUBLE! from the day we brought her home, she was into EVERYTHING. Heck, within her first hour of being home she knocked over the trash can, chased the cats onto the fridge, and tried to play tug of war with a pillow. I can't honestly say she has calmed down at all, she is just as much of a spitfire today! Our latest Morgana Mayhem involved her taking a shower.

It was raining a few weeks ago, and the corgi's decided it was a prime time to go roll around in the…

It has been a quite stressful week for me.

As some of you know, I made 2 costumes for my corgis - Jeter and Cappy- for a Halloween costume photo contest at our doggy daycare center.  I never made anything like this for my corgis before and am not good at sewing, so it took about 2 weeks. Even though it wasn't an easy project for me, I had so much fun making them and dreaming of reactions from other people.

But once the contest voting started, everything changed - not…

I love a holiday storm.  Nothing like seeing a nice fluffy blanket of white to really show off people's Christmas... um, Halloween decorations.  'Tis the season, when everyone loves snow to put them in the mood for caroling...I mean, Trick or Treating.  The clean white ground really shows off the green and red wreaths on the door.  Make…

When Yuki turned 2 years old, he started to change.  Nothing drastic, but a subtle and on-going change.  He started becoming less interested in play.  His nose started changing from black to a pink/fleshy color.  He started to put on weight, though his diet hadn't changed.  I mentioned all of this to his Vet, and after an exam I was told that he was just an "adult" now and he had just calmed down out of his puppy stage.  The nose change was explained as being just something that happens,…

so yesterday i woke up at the usual 8am smiled and snuggled my little fuzzbrain and told him happy birthday~ he got all excited when i pulled out his new toy i had bought him... i think its called a luffa dog? i dont know.. but he loved it.. ran around the house with it in his mouth.. Went to school.. i just got a new camera the night before took pics around school once i was done with class.. then went home andthe mayham began LOL

Packed Ace and Buffy up in the car.. grabbed the… Continue

Saugatuck Trip, Everyone All Aboard! 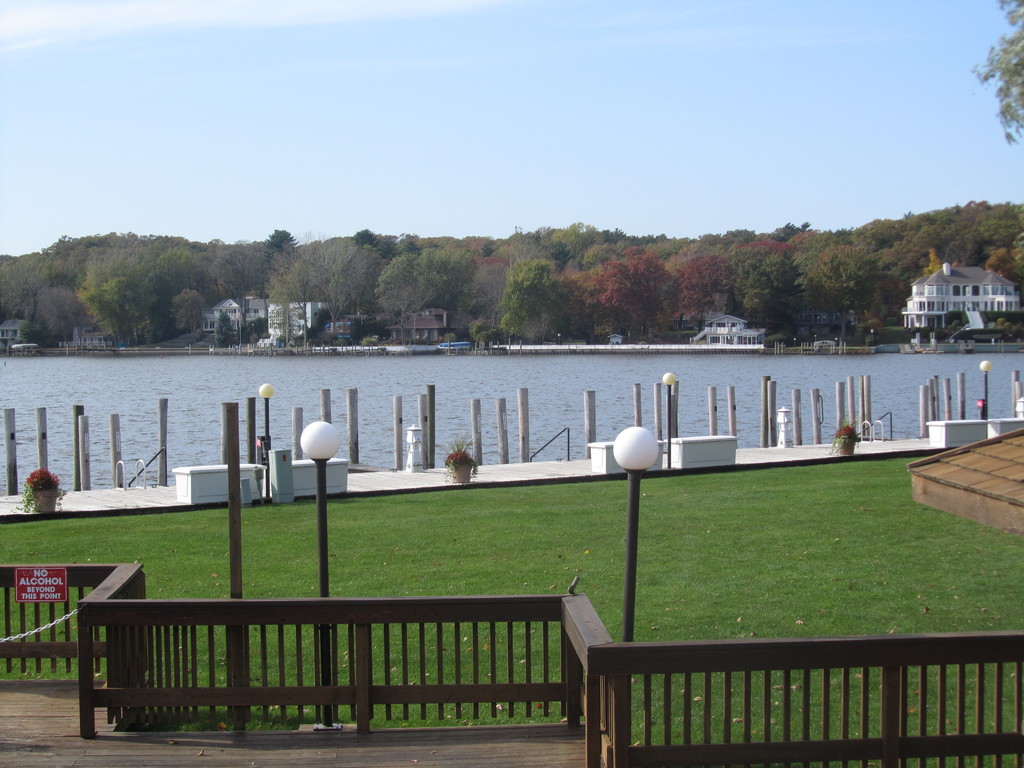 Well, the Saugatuck trip came and went!  All the preparations seemed to take longer than the whole trip, trying to figure out who was coming and who was staying, but after 1,000 changes we were on our way.  Lance was suppose to stay home and was being watched by Grandma and Grandpa who were coming from the upper Peninsula of Michigan until Grandma ended up in the hospital not…

When 9 year old Ozzie arrived at Arizona Cactus Corgi Rescue late in 2010 he weighed over 60 pounds, a shocking weight for a dog that should weigh 30lbs or less. He was a sad sight, too fat to play, too fat to do anything but be sad.  But AZCCR pack leader Vicki Combs knew there was still a happy Corgi inside there so Ozzie went to diet boot camp.

Im sitting here in class hoping it will be over.. its sad that im bored of this photography class.. hopefully when i get my new camera i will perk up :)

I want it to be 9 not just for class to be over.. but so i can try out making this doggy cake i wanna make :)
i need to possibly double the ingrediants so that more then just ace can have the cake LOL

this time instead of the cream cheese frosting i most likly will add a different style on it :) eee im just soooo happy…