Ok, I admit it. I was really worried about attempting to do my puppy's nails and trim the hair around her pads. I had bad experiences before with our wonderful lab chow mix when I accidently cut too deep and just could not bear the thought of hurting her. I also felt like this was something really should be able to do since I can't always run somewhere to have it done.

I waited until my little darling Lucy was fast asleep. Then I grabbed the baby nail clippers (possibly the sharpest… Continue

It seems like each toy we purchase for Lincoln eventually gets destroyed by him.

Our problem is that we need some "organic" or "non destructable" toys. He ends up eating pieces of them and then vomits.

He eats the rope from rope toys, he eats the nubs off the plastic toys, he chews the stuffing ... then he vomits.

He is 8 months old ... what can we get for him so he still can play and chew? Something that we don't have to worry about him eating then… Continue

Back from surgery.... and so sleepy

Ginny got fixed today. I felt so bad this morning as she was trotting off happily behind the vet tech like she was just there to make a new friend, not knowing what is was in store for her. I left her with the vet this morning, and though I felt confident that she would be ok, there was a part of me that still was worried and nervous and praying that everything would go ok. I called at about 3pm and they said she was ok and ready to be picked up. She was so groggy when I got her that I don't… Continue

Oh, what a great day we had today! It was nice and warm and sunny. Mommy went to the nursery to buy some plants, and then we planted them. Well, actually, mommy planted them and I woofed at the shovel. I mean, I know it looks like she controls the shovel, but to me it looks like the shovel could come attack her at any moment! And I, being a good corgi, could never allow that, so I had to woof at the shovel the whole time to keep it in line. Now I am very tired, so I'm catching some ZZZ's on the… Continue

I live alone, so you can probably understand why the shower curtain jumping at me would be a bit un-settling! I placed young Cheez-McQueen in his newly divider-free kennel earlier in the evening. Little did I know that the side-door to it was a bit unsecure. The shower curtain jumped at me, and I was soon met by a dog frantically yelping when it occured to him that showers are full of water. He jumped in through the curtain, got his feet wet a… Continue

George has had so much energy in the evenings lately that we brought him to my husband's softball game last night. George was a hit. It was the first time he's really been around lots of small children (ranging in ages from 3 - 9) and I was very proud of how well behaved he was. Kids are so curious about dogs and at one point there were five of them petting him nicely and asking questions.

"How much did he cost?"
"Did your cats cost more or less than he did?"
"Where is… Continue 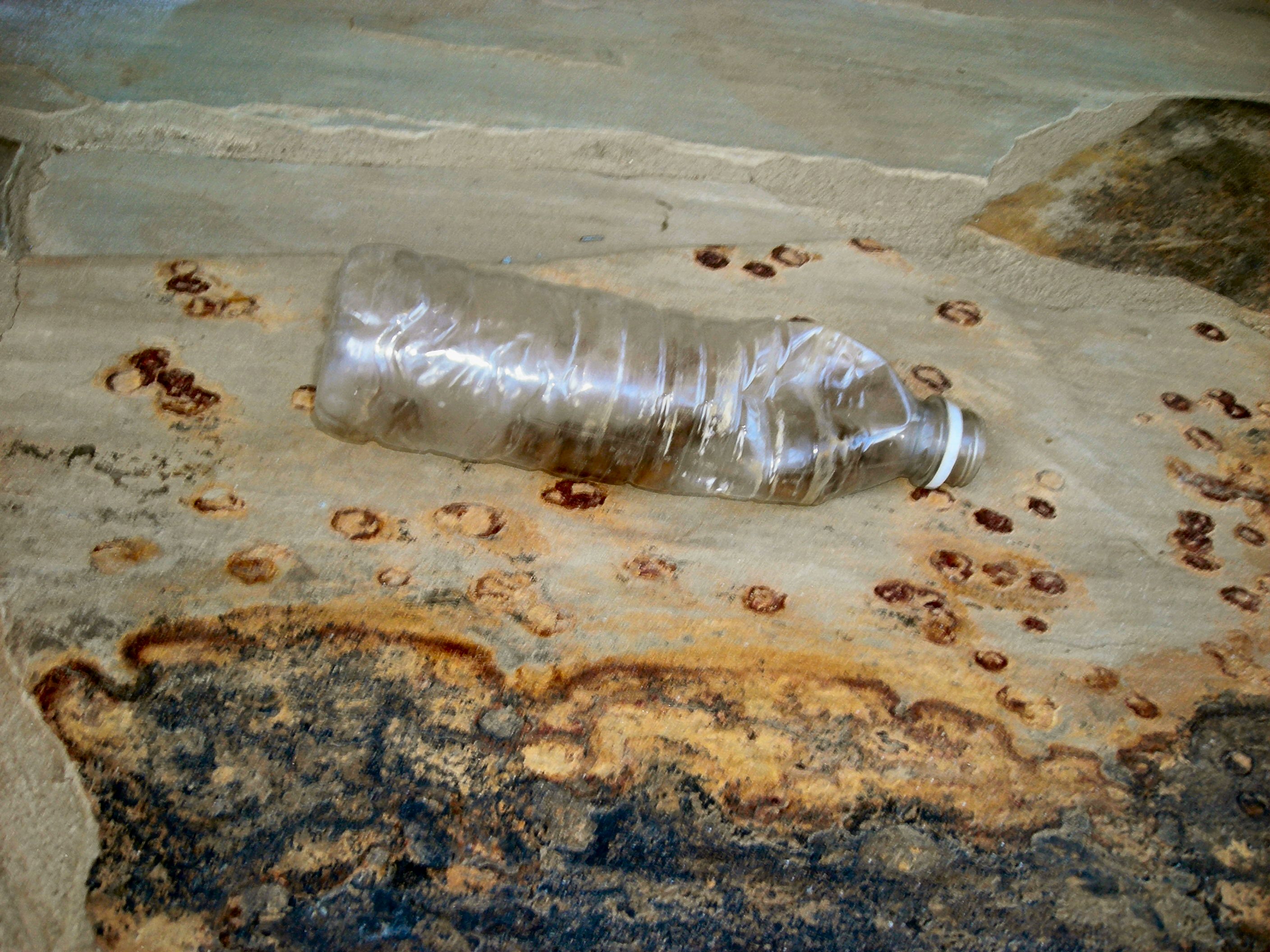 A water bottle that has some of her kibble in it and a few liver treats. At first she was really not sure what to do. She could smell it inside but couldn't figure out how to get to it. She has grown stronger since last week when we introduced it and now has figured out how to bat it around on our back porch and have food sling out of it. She also likes trying to go straight to it by biting the bottle in the middle and… Continue

Gunni is getting spayed!

My little Gunni is going to be a little less womanly by tomorrow. I sure am going to miss her while she's gone all day. Tank is going to have to be nice when she gets home!

HELP!! HOW DO YOU DECREASE THE SHEDDING.

So I put up some new pics yesterday of our pups in the lake...but I just realized they came out very tiny...so I will have to work on that. Sorry guys! But check them out anyway! =)

Corgis for a Cause!

Purchase any shirt from our site to help support the Luekemia and Lymphoma Society’s Team in Training. As a member of Team In Training, I have pledged to raise funds to help stop leukemia, lymphoma, Hodgkin lymphoma and myeloma from taking more lives.

In order to raise funds and awareness, I created Corgis for a Cause tank tops, and I will donate 100% of the proceeds.
http://www.corgiclothes.com/itemdetails.php?itemid=26… 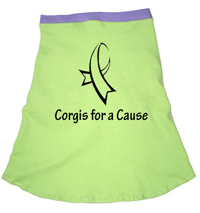 Mild hiccup in Blaze's first month at home. Last night he seemed really quiet (which is a huge red flag). I took him outside for the final pee/poo of the night. He threw up... it seemed to be mostly solid food, so I thought maybe his stomach just wasn't agreeing with him. He had been chewing a lot on a bully stick I bought for him two days ago. His stomach was really bloated, so I figured maybe between the bully stick and his regular food he just consumed too much?? He did poop… Continue

The kennel attacked my dog! (Everyone at least read the first para.)

I ramble on, so I will keep this paragraph short. A good amount of you all have a kennel like THIS, and most all of you have a corgi with feet like THIS. Well if your kennel is like that and the divider wall (if one) is up, there may be a gap under the wall. We all know that Corgi's sometimes sleep/lay with their feet behind like in… Continue

This may sound really weird, but Mei is extremely scared of farting noises. It's become a joke in my family to make farting noises just to see her reaction. She starts off with a circle spin and then walks briskly to a corner. It could just be another Mei thing.

Pembrokes Have Docked Tails: Get Over It/Get Educated!

The other day I came across an owner with her tri color fluffy on the street. I was so excited to see another fluff in public that I blurted out, "I love your fluffy!!!" to which she replied, "You know what he is!", as I nodded enthusiastically.

She ended up enjoying lunch at the some outdoor patio as me, so I stopped to chat after I had eaten. Her fluff's name was Dozer, he was quite a big boy and absolutely charming!

But when I described Griff having an 'undocked' tail,… Continue

Just so you know, Princess PP stands for Princess Psycho Penny :) I told someone at work that we've been calling her that and they assumed it was because she's peeing all over the place. She actually has been doing really well with not peeing in the house, but I was on vacation & home with her all last week, so I was able to take her out frequently. The real test will be today, now that I am back at work. I anticipate a big mess in the laundryroom when my daughter comes home this… Continue

Do any of you have a microchip in your dog?

If you do, at what age did you have it implanted?

I am seriously considering implanting Blaze with one, just for the peace of mind of knowing if he ever gets lost, the chances are good for him to come back to us.

and there's a vet close to me that does the implantation for $40.

What do you think? Good or bad idea?? It doesn't seem to hurt the dog,… Continue

Thor comes home on Friday afternoon, and we will be all moved into the new apartment. I can't wait. I've been waiting for a long time, we contacted the breeder and met with her and her adult dogs back in January, so I'm getting anxious to have the little guy. Tuesday he goes in for his shots, I hope it all goes well, I don't want him to be scared at the next visit.

Well the day has finally come. After what seemed to be an eternity we picked up Griffey from the breeder today.

When we arrived the breeder let Griffey out from behind the gate and he ran over to me and gave me a big wet kiss on the face. Talk about good omens. About an hour later, after all the paper work and minor details were worked out, we headed home. The breeder had tears in her eyes as she hated to see Griffey leave her.

The ride home was only about 30 minutes and… Continue

I've never actually had a dog that hid treats.. usually they snarfed them down as fast as I handed it to them...

Imagine my surprise when I went to Blaze's crate for the purpose of getting his mat for washing.. and found a puppy bone underneath, dead center....

How cute!! Seriously, folks-- he was saving it for a rainy day.

Do your dogs do this?? I think it's ADORABLE! I wonder where else he's hiding his treats...